A bitterly cold from from is heading over from the Atlantic this weekend, which is expected to bring wintry conditions including snow in northern regions as strong northerly winds hit. Scotland is forecast to be hit with 16 inches of snow in central areas this weekend, according to the latest snow depth models from WXCHARTS. Sunday will see more snow in the same area as 10 inches, with north western areas such as Carlisle seeing 2 inches.

Temperatures are expected to plummet to -4C in Scotland overnight, with southern parts of England forecast to average 0C.

He said: “A weather front moved in overnight, bringing rain to many parts but also some sleet and snow, particularly over Eastern and Southeast England this morning. What’s left of that will clear through during the remainder of Saturday morning, to leave all parts in a fresh northwesterly flow for the remainder of the weekend. 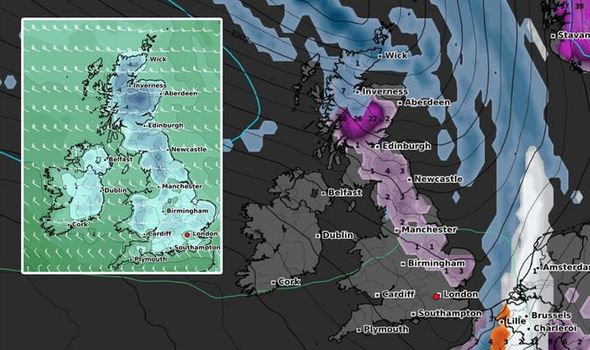 “But, despite the relative chill, a thaw will set in away from the higher ground for those areas who have seen lying snow this week.

“The low pressure responsible for the weather front is up to the northwest of Scotland currently, and it’ll not move far through the weekend, just slowing drifting further north and a touch east, as it moves close to the east of Iceland into Sunday.”

The BBC’s long range forecast said a cold front is likely to push into the UK tomorrow.

The forecast said: “As a cold ridge of high pressure over the UK slides away to the southeast into Europe this weekend, a frontal system will push in from the Atlantic. 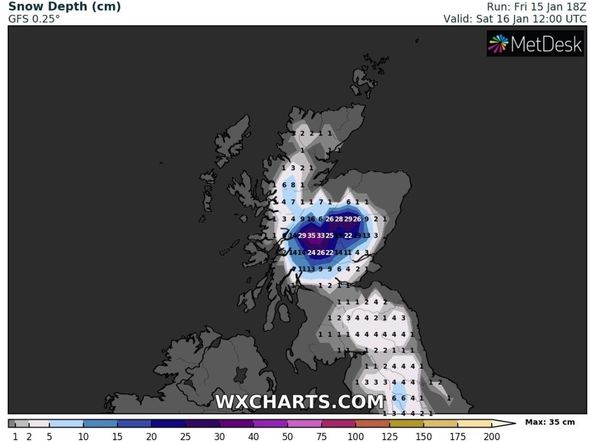 This front will bring in some milder air.

It will also bring snow and ice for northern and eastern areas on Saturday morning, with the milder air arriving slightly later.

Sunday and Monday will see another ridge of high pressure slide over the southern half of the UK.

Things will stay rather breezy and unsettled for the north. 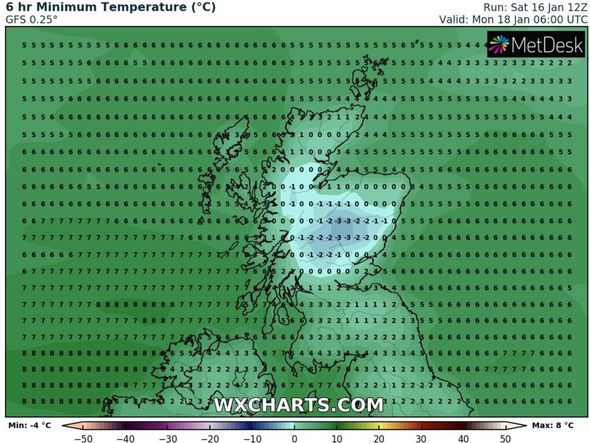 This high will bring in plenty of cloud though, so it won’t tend to be too sunny.

Next week, a stronger low pressure system is expected to move in on Monday bringing some wet weather throughout the country through midweek.”

An amber weather warning of heavy snow has been issued by the Met Office across eastern England, with people told to expect travel delays, power cuts and a chance that rural communities could be “cut off”.

People in East Anglia woke up on Saturday to a thick layer of snow which had settled overnight, with the wintry downpours expected to continue until the afternoon. 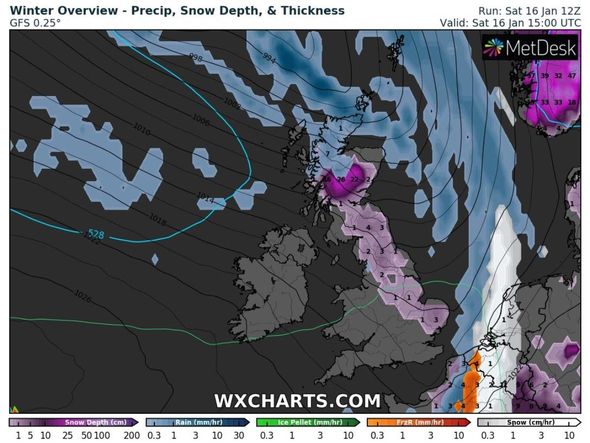 Most of the rest of England and Scotland has a yellow snow alert in place which will last until Saturday evening.

Between 4-8cm of snow could fall in the worst-affected regions, with the Met Office warning drivers to accelerate their cars “gently” and to leave a large gap between surrounding vehicles.

Parts of Wales and Northern Ireland will be mostly cloudy, with some bands of rain in the northern regions.

Greg Dewhurst, a Met Office forecaster said: “Areas in eastern England and around the M25 could see up to 8cm of snow, especially as Saturday progresses. 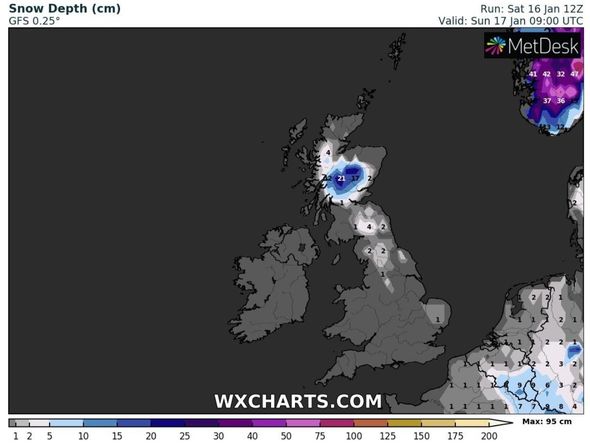 “Other areas in England and Scotland will see some snowfall here and there, with Saturday being the colder of the two days over the weekend.

“Temperatures are unlikely to rise above 10C, with a lot of areas closer to freezing.”

There were also 25 flood warnings across England on Saturday, stretching from the South East to the North East, meaning “immediate action is required”, according to the Environment Agency.

This is expected to clear up in the evening, going into Sunday, when southern and eastern parts of the UK will see dry, sunny spells. 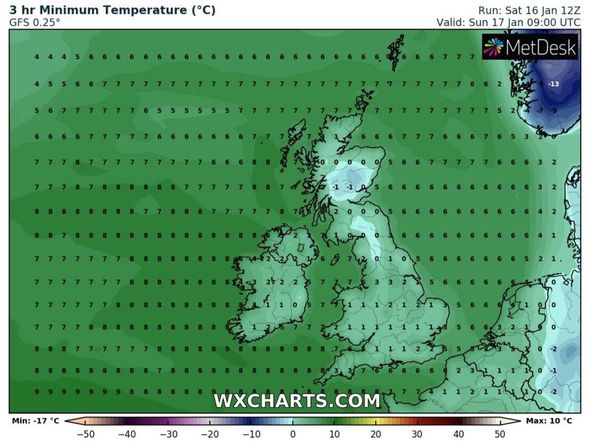 North-western regions are expected to see showers, with a “spell of more persistent rain” later on in the day.

The Met Office has also issued a yellow rain warning for Monday evening, which will last until Wednesday.

The warning, which covers parts of north-west England and large swathes of Wales, says to expect heavy downpours with some snowmelt across hilly areas.

It means these areas could see flooding to roads and buildings, with delays to public transport. 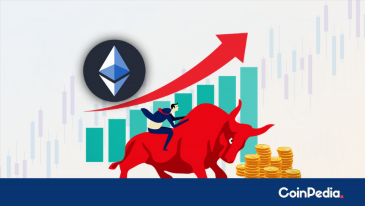 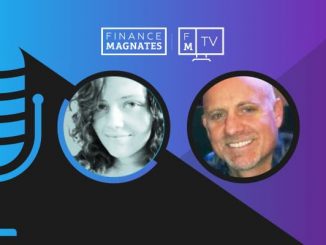 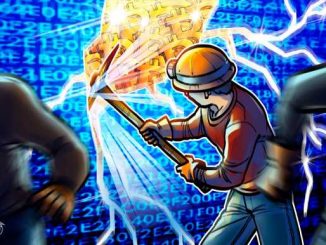 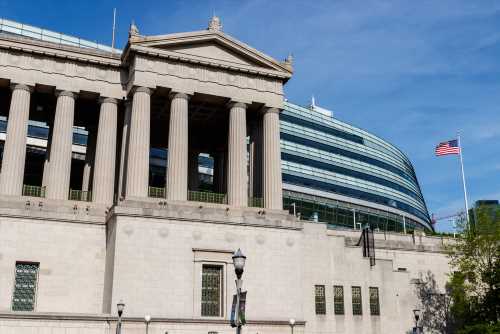 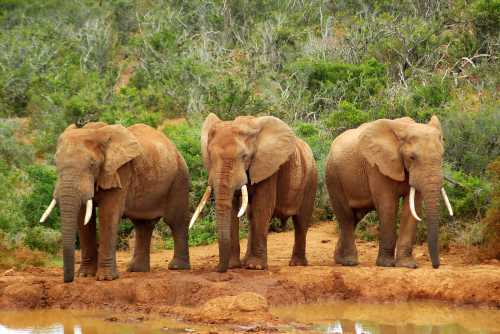 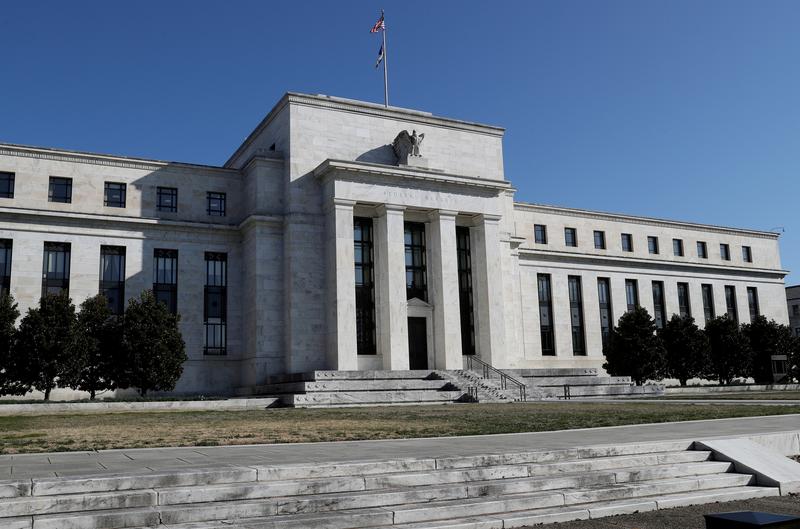 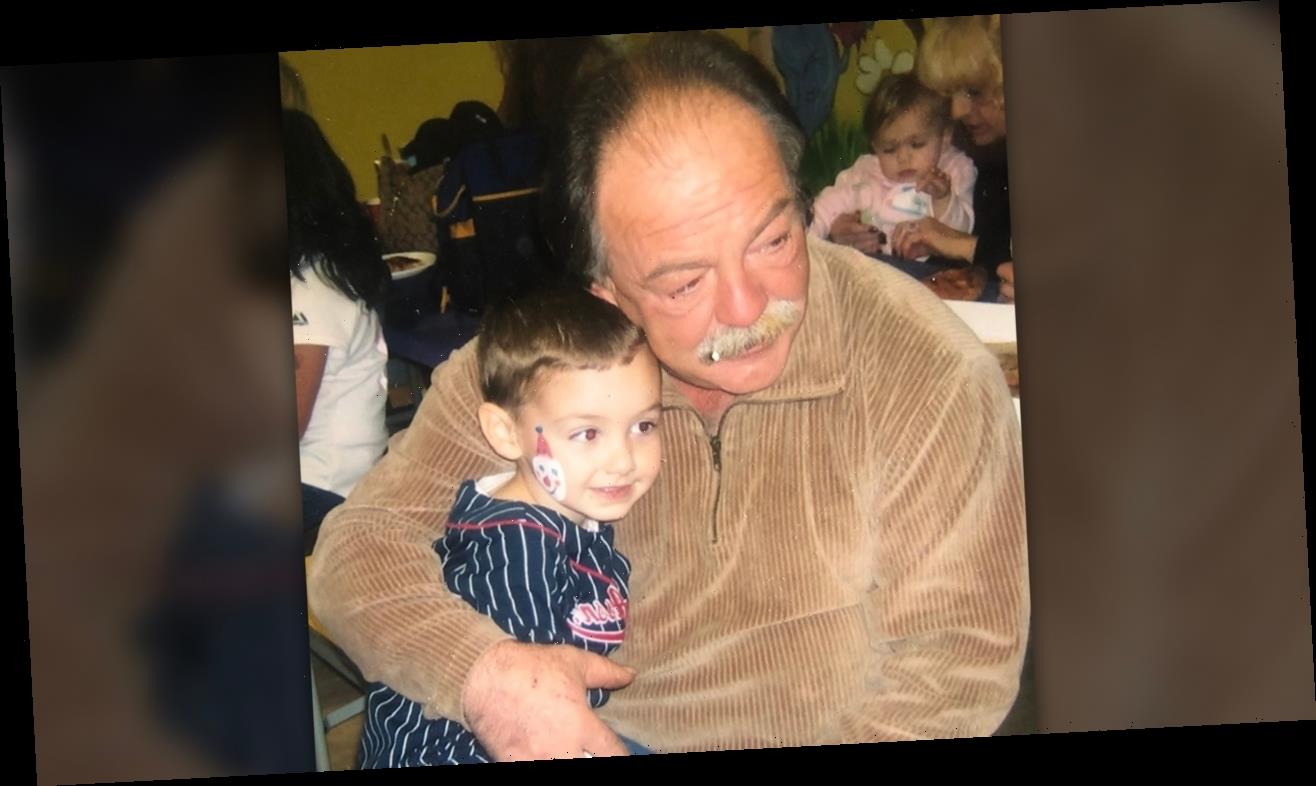