UK rain today: What does chance of rain mean? How much rain your area will see in 24 hours

Weather forecasters have predicted more sporadic rainfall for the UK this week, with new weather warnings in place over the next few days. The Met Office has placed two for today, both for thunderstorms, as the dramatic conditions continue. They come with a “danger to life”, but only a medium chance of rain despite the urgent warnings.

What does the chance of rain mean?

Each warning from the Met Office advises people to stay weary of excessive rain, with between 30mm to 50mm falling within an hour from 11am in London today.

But the day’s forecast shows the agency is not certain severe rain will fall at this time.

From 11am, the Met Office estimates there is a 70 percent chance of thundery showers in the warning area. 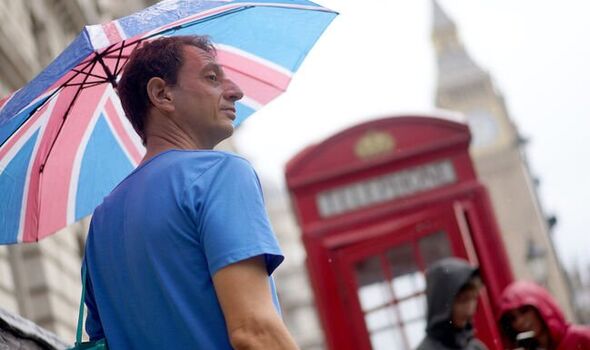 While the uncertainty may seem unusual given the gravity of a “danger to life” warning, weather officials always provide precipitation estimates.

The 70 percent chance of rain means there is a seven in 10 likelihood of rain during a given timeframe, in this case, between 11am and 12pm.

Today’s estimate means forecasters believe rain is more likely than not during this time but far from inevitable.

Rain becomes more likely the higher the percentage, with 100 percent indicating absolute certainty rain will fall over the forecast area. 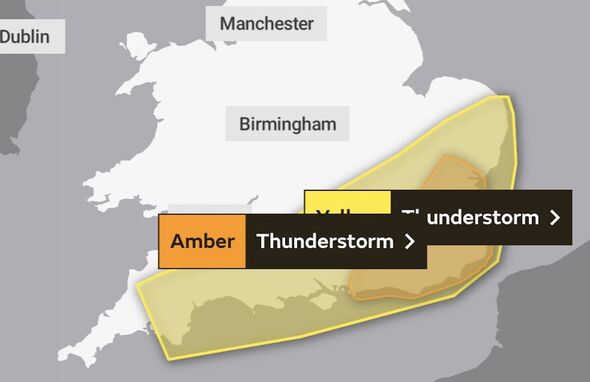 Today’s forecast predicts the chances of rain will rise and fall throughout the day.

After 11am, precipitation chances remain between 30 percent and 40 percent before rising to 60 percent in the evening.

The Met Office expects a second round of thundery showers over London from 5pm when the likelihood of rain bounces back to 60 percent.

London and other parts of the southeast end the day with a negligible chance of rain, just 10 percent, but weather warnings last for much longer. 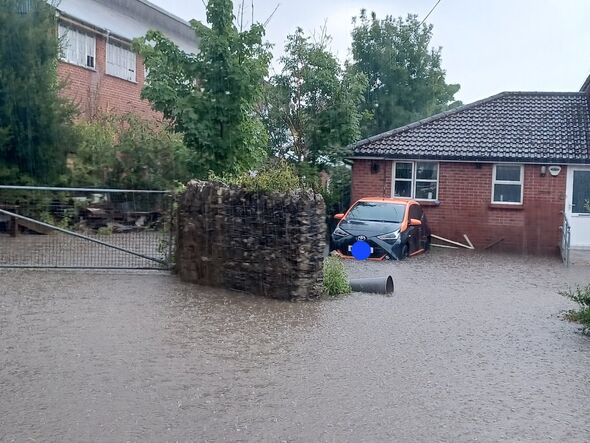 People in these areas should prepare for rapid flooding, lightning strikes, and potential power cuts caused by severe weather.

Those residing in the yellow thunderstorm warning for South West England – which lasts until 11.59pm – should take similar precautions.

Some impacted areas can expect “in excess” of 100mm (four inches) of rain over a few hours.

As London’s forecast shows, the chances of rain will vary within the warning area.

The following places have the highest chance of rain today: