Accuweather’s long-range forecast suggests UK residents can look forward to occasional mini heatwaves across the summer as small bursts of warm Mediterranean air move north. Forecasters say the “heat” will expand across Europe through the summer with temperatures set to range between 21-26C across southwest and south-central Europe in June.

Highs of 30C are most likely to occur in the UK between July 1 and August 15, however.

The heat will expand from Spain and Italy as far as the southern half of the UK, northern France, Belgium and Germany.

But forecasters warn the expansion of the warmer weather will “not be consistent across these areas”.

AccuWeather Senior Meteorologist Tyler Roys, added: “There can be heat in the west and in the east, but never at the same time. 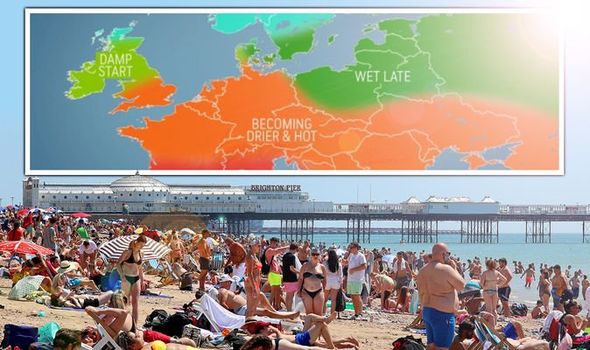 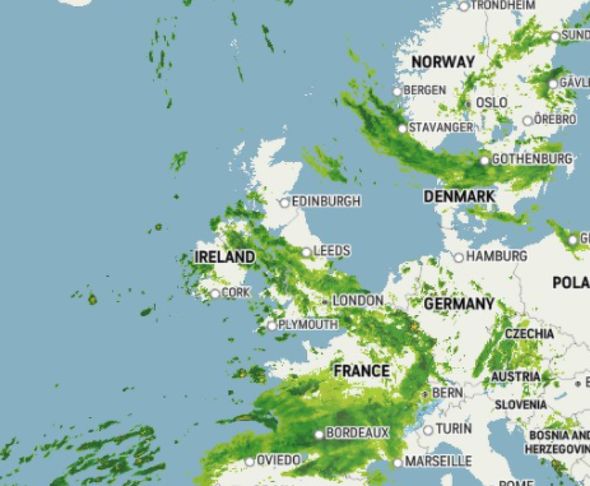 “It’s very rare for heat to be that widespread.

“It is more likely for heat to come in waves.”

It is thought a more “persistent” form of heat in the north half of the continent is expected to be delayed until late July and August.

Writing on their website, Maura Kelly, AccuWeather meteorologist, said: “Temperatures more typical of the summer months are expected to arrive in early July. 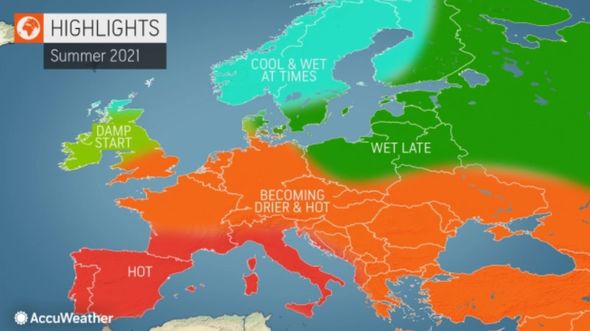 “Highs reaching 30C or higher are most likely to occur between July 1 and August 15”.

Mr Roys also warned the UK could have a summer with rainfall levels lower than average alongside France and Germany.

He added: “This can lead to growing problems for the summer crop, including wheat and corn in France and Germany.

“In France, much of the wine crop has already been lost due to the freezes earlier in April.” 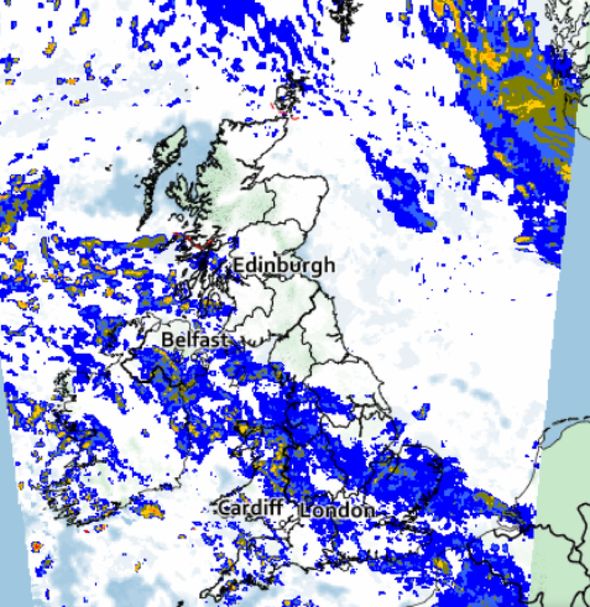 Mr Roys claimed a pattern of the UK recording one of the “driest Aprils on record” would also be set to continue through most parts of the country during the summer.

The forecaster said this trend could cause problems as the UK growing season kicks off, adding: “Last year was the worst crop of wheat for the UK because of a dry start early in the season.

“This growing season could be similar with below-normal precipitation expected across the Midlands, southern England and Wales.

“Some wet weather can push into this area in August, but it may be too late for crops. 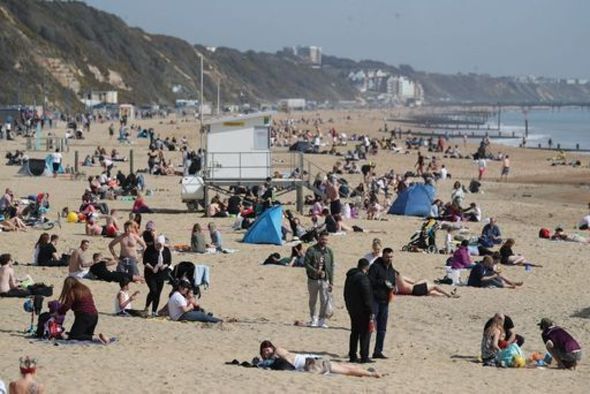 “By that point the damage will be mostly done.”

But forecasters said it would be a “damp start” to the summer with rounds of showery weather still “lingering over” the northern half of the UK.

Forecasters said whilst wet weather would “persist over Ireland, Scotland and northern England” through at least June and into July, rainfall is set to be below normal throughout the rest of the summer season.

It comes as this weekend the UK is bracing for heavy rain and thunderstorms to sweep across the nation.

The Met Office long-range forecast from May 17 to May 26 also warns it will “most likely be remaining unsettled throughout the period”, adding: “The north will perhaps see the best of any more settled weather, with the south most likely to see the bulk of showers and thunderstorms and any longer spells of more persistent rain.”