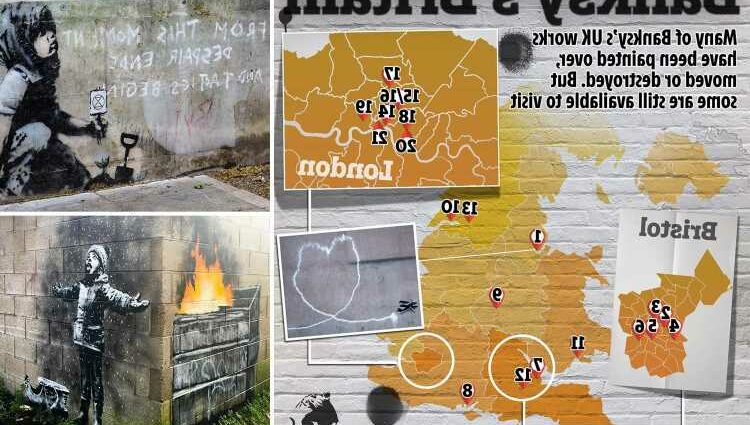 DESPITE being one of the most revered artists alive, one of the greatest challenges for Banksy fans is recognising one of his pieces.

After a mysterious artwork that showed a young boy flying a frowning kite outside a pub in Stockport, many were convinced it was his. 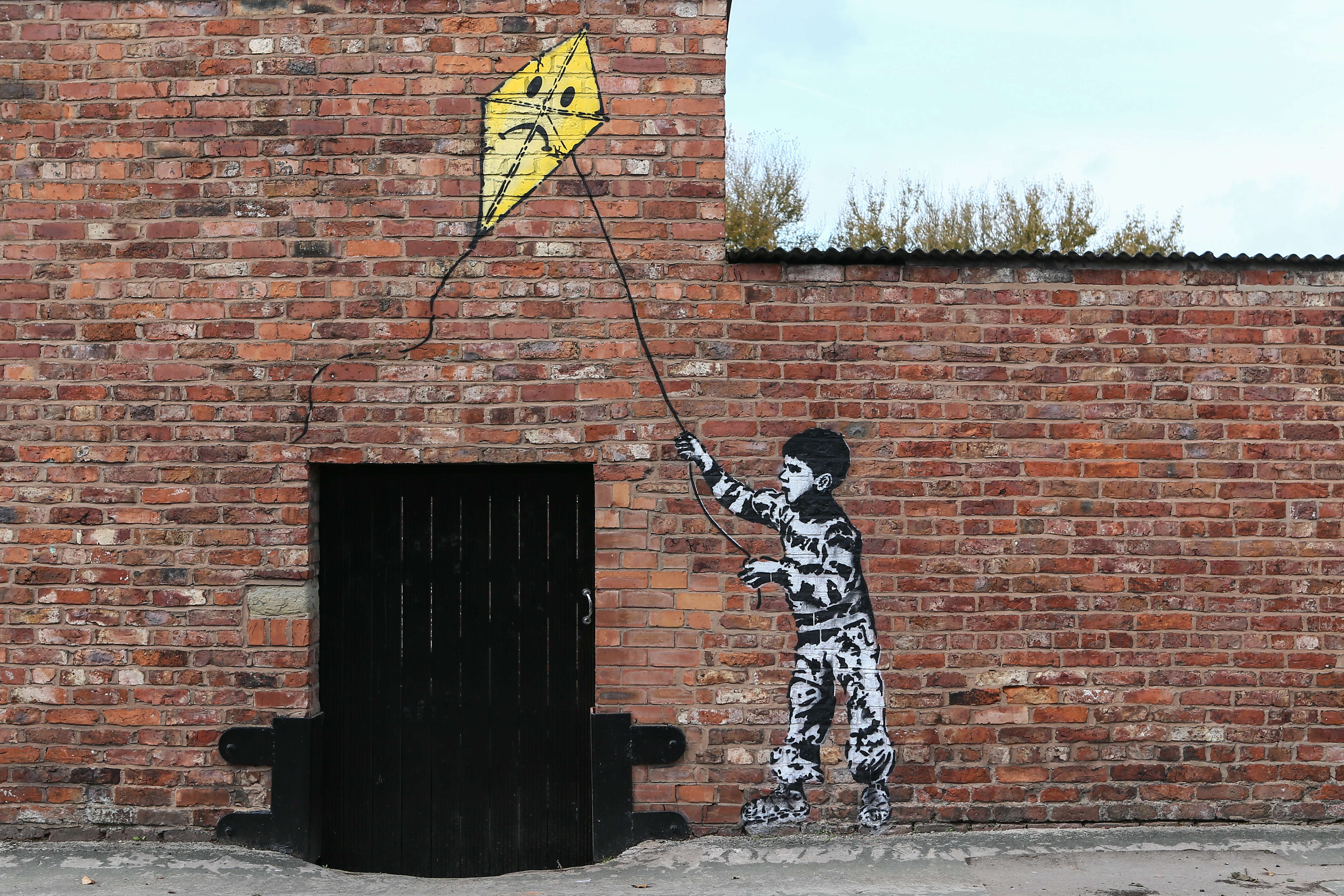 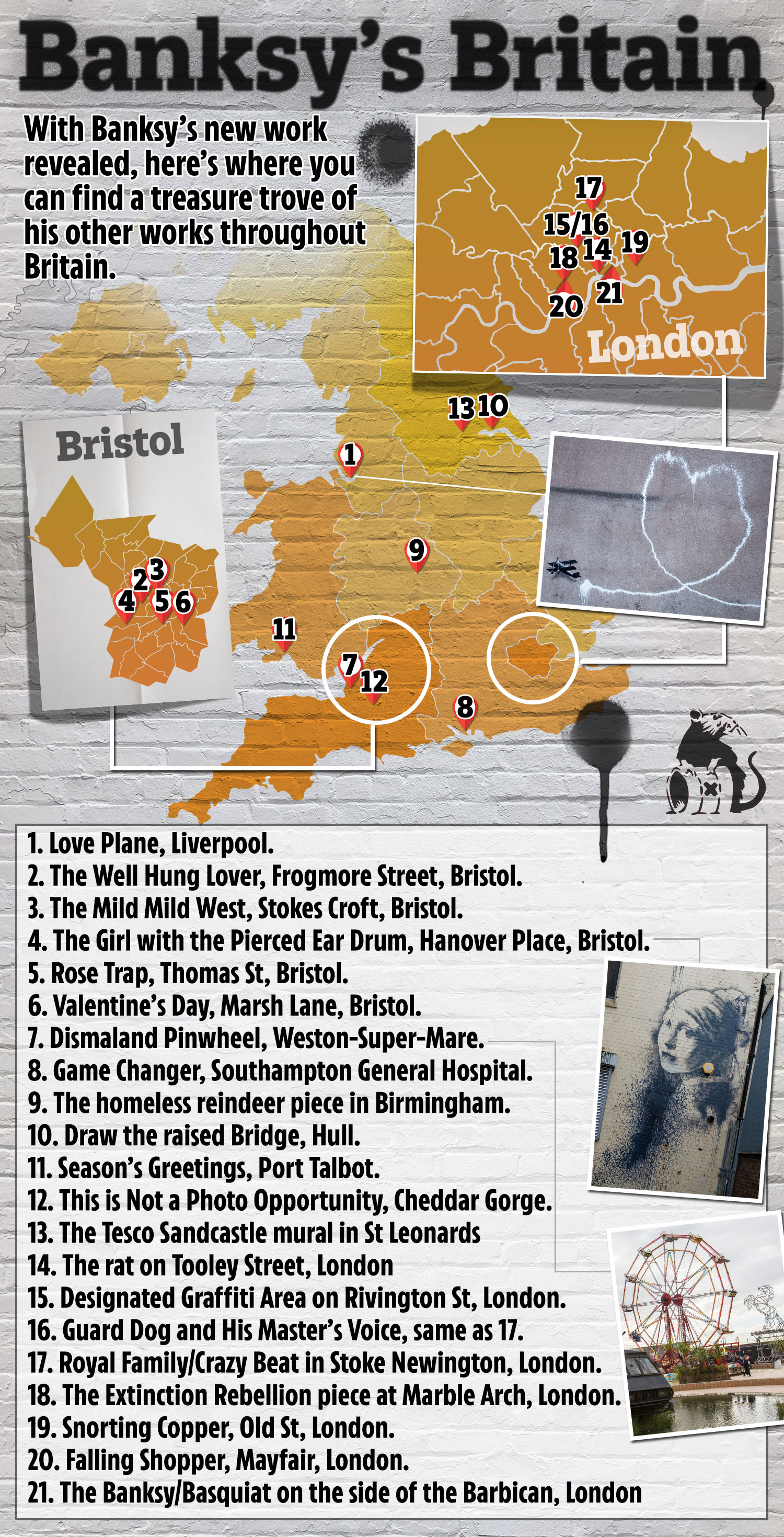 However, the piece's real creator – a person known only as Mr Eggs – came forward and fumed over it being attributed to the Bristolian artist.

"It's not like he invented spray can out… there are lots of good artists out there," the artist told the Manchester Evening News.

Banksy works are prized pieces for a local area as they can draw in much-needed tourism and even raise house prices – but keeping them safe is no easy task.

Last year, his creations were cleaned off the London Underground – despite being estimated at £7.5m – and others have fallen into private hands.

While the piece outside The Griffin Hotel, in Manchester, didn't turn out to be a Banksy, there are plenty more of his pieces you can see around Britain. 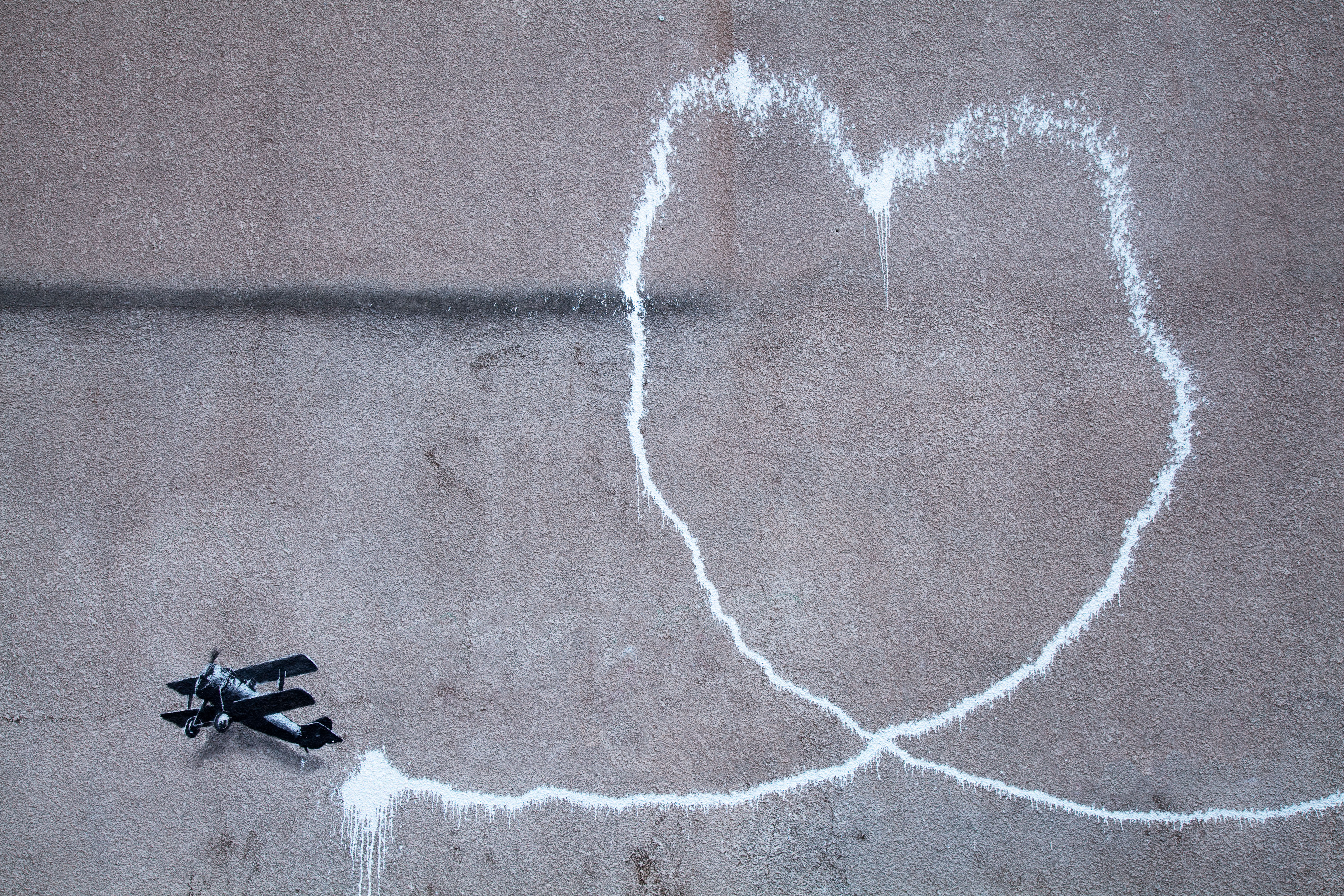 The Love Plane first appeared on the Western Approaches on Rumford Street in Liverpool in 2011, but it was then removed in 2016 to be featured in a street art museum.

When the museum never materialised, the beloved biplane painting was returned to the city centre in February 2019 with the addition of a tag reading: "I'm back". 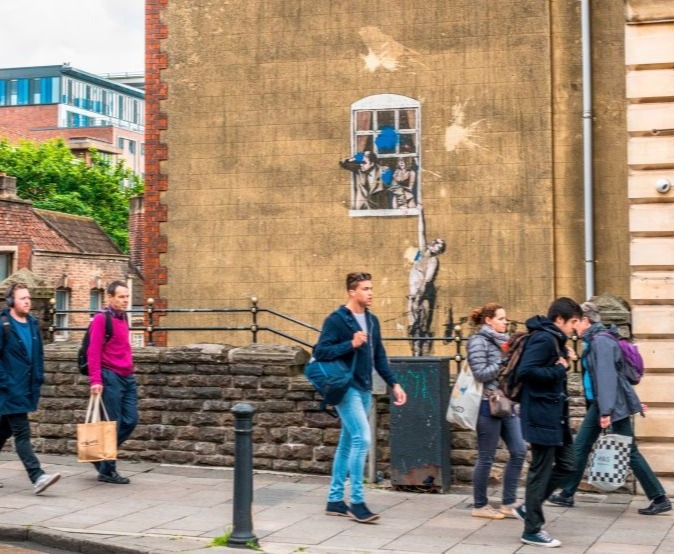 This work, also known as Naked Man Hanging from Window, appeared on the side of a sexual health clinic in Banksy's hometown in 2006.

It became the first legal street art in the UK after 97 per cent of respondents to a council poll said they wanted the lewd mural to stay.

But despite efforts to protect the work, it's been defaced by paintballs and black spray paint tags reading 'F**k Banksy'. 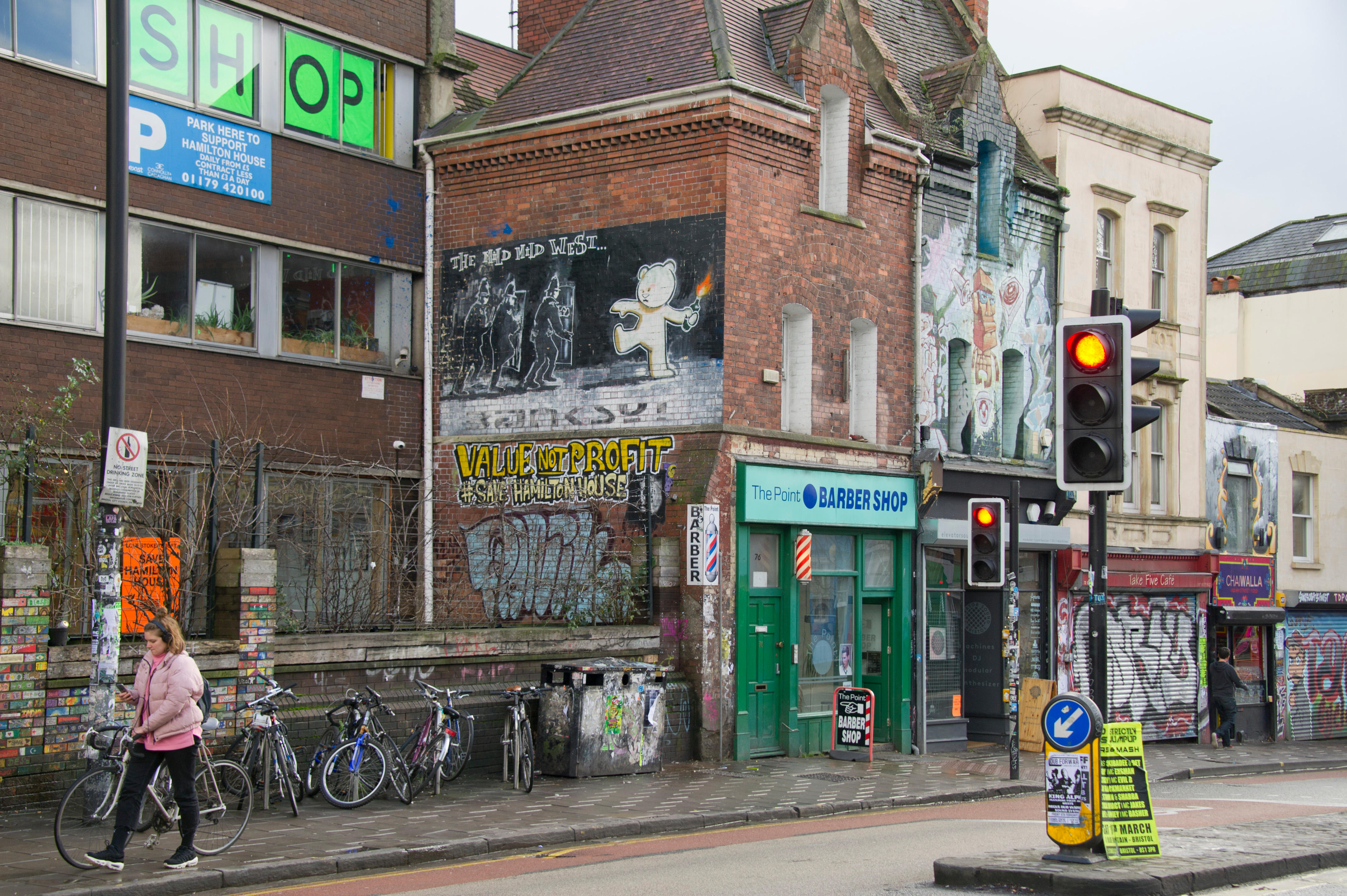 The Mild Mild West, showing a Molotov cocktail-wielding teddy bear, was painted in broad daylight over three days in 1999.

Locals have praised the graffiti on Stokes Croft, which was made in protest of police efforts to close down raves in the area in the 90s.

The Girl with the Pierced Eardrum – Bristol 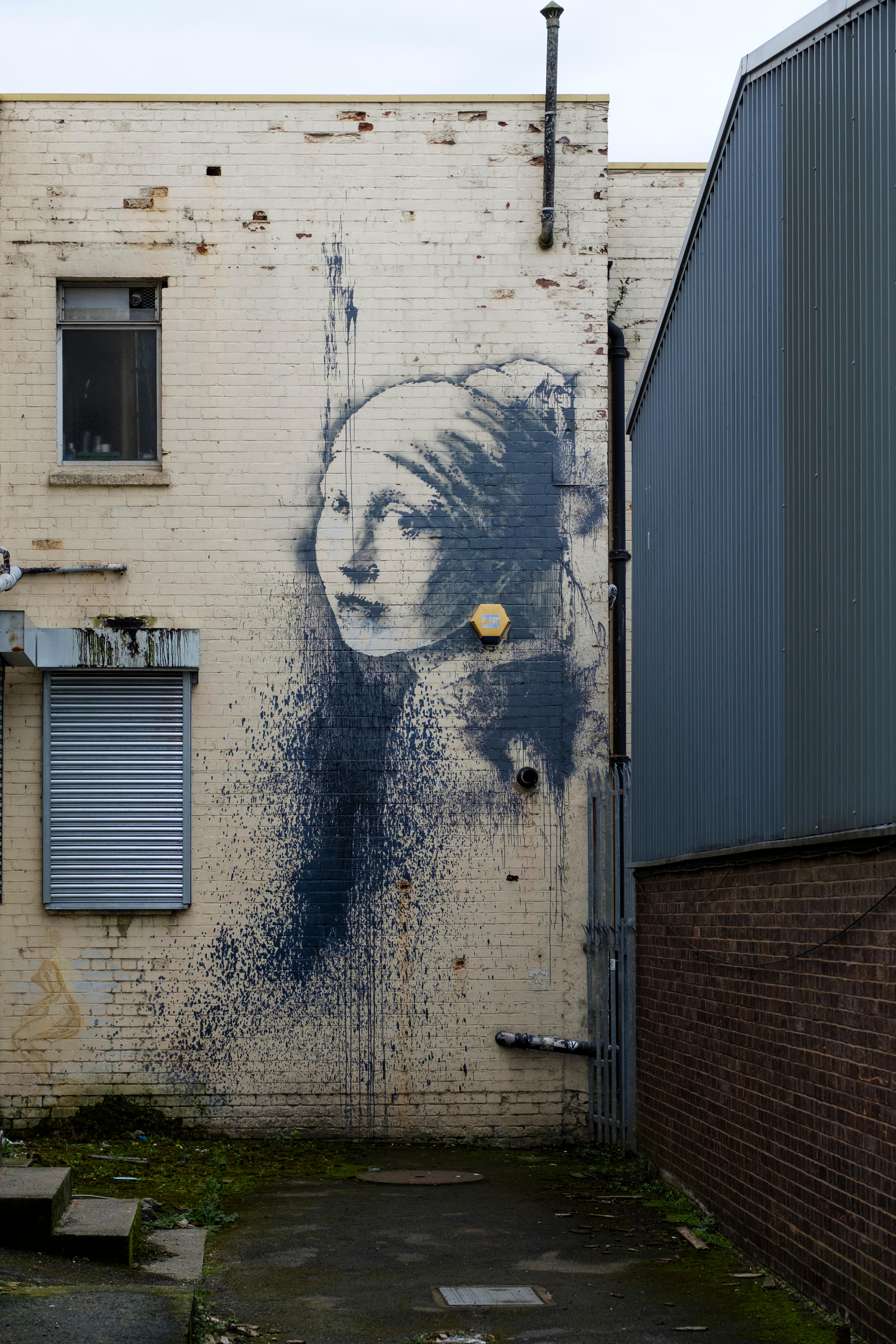 Banksy's cheeky take on the famous Vermeer painting, The Girl with the Pearl Earring, appeared in Hanover Place in 2014.

The mural was in the news again when a giant face mask appeared on the painting in April 2020. 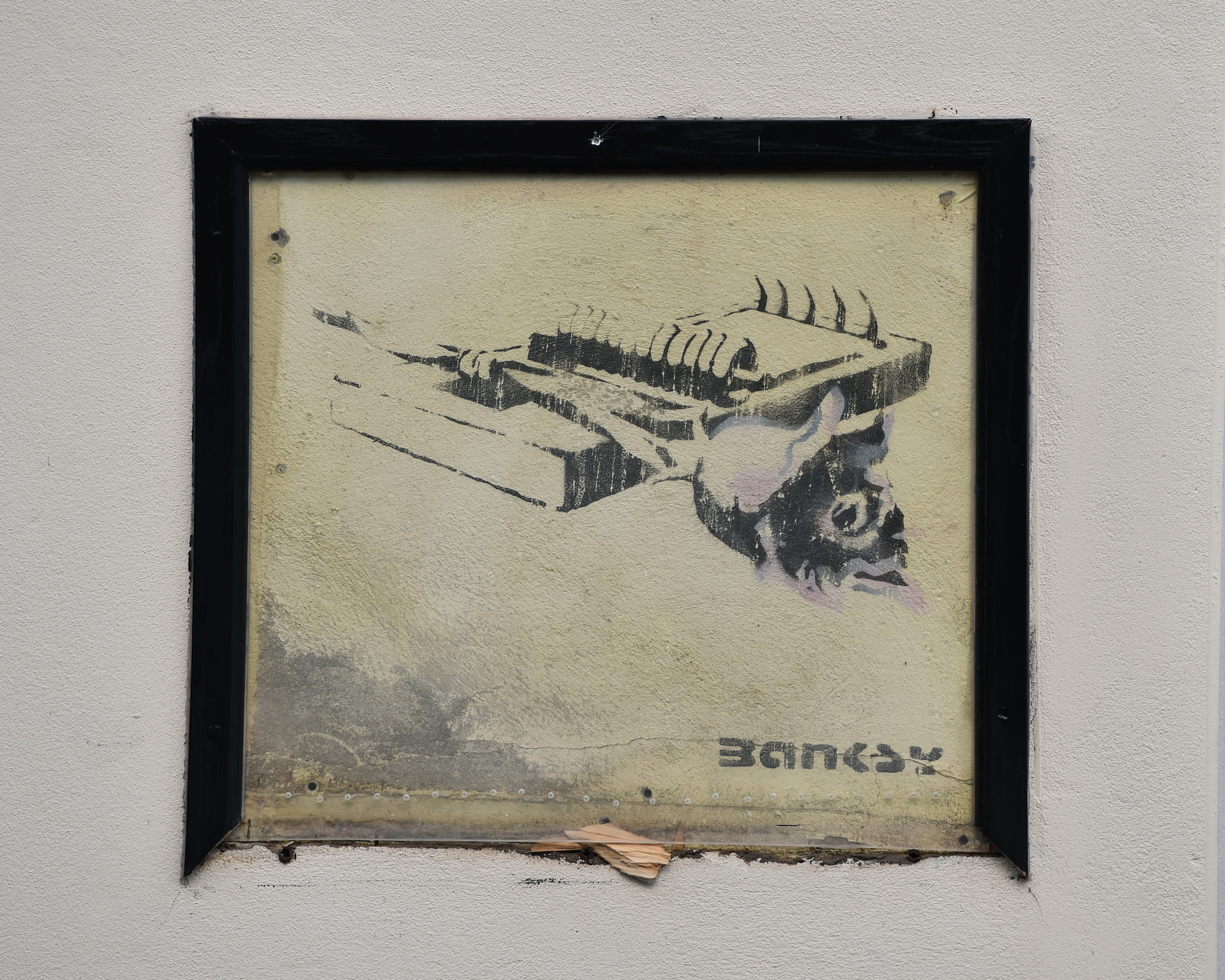 Not far from Mild Mild West, Rose Trap can be found on Thomas Street North in Bristol.

Vandals targetted the artwork and defaced it with black spray paint last September.

Thankfully locals had put a plexiglass covering over the early Banksy mural to keeping it safe for posterity before the incident. 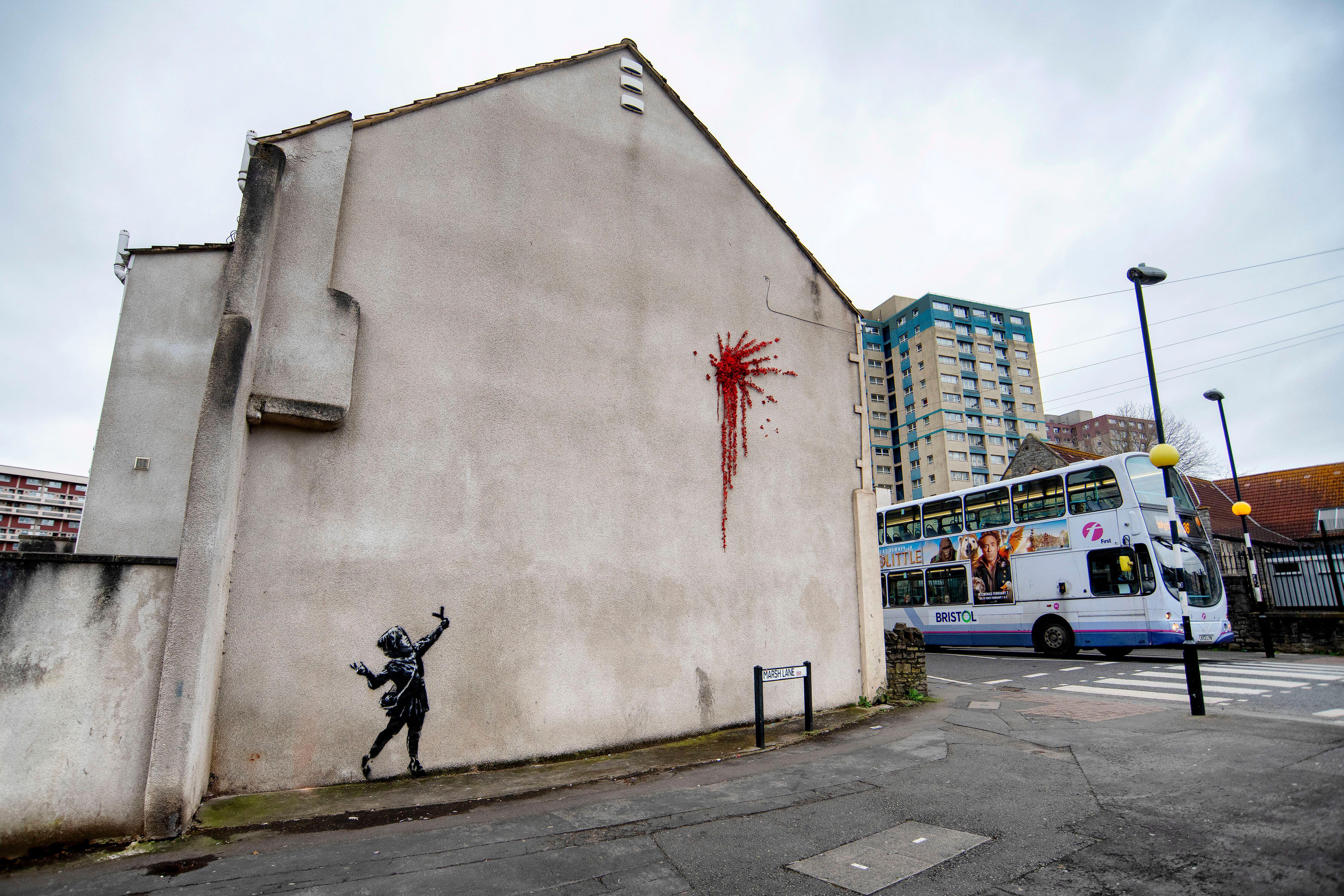 This work is the newest confirmed Banksy work in Bristol, appearing overnight on 13th February 2020.

Within hours of its discovery on Marsh Lane, vandals sprayed foul-mouthed messages over the top of it including "BCC w*****s".

Banksy, however, wasn't disappointed and wrote on Instagram: "I'm kind of glad the piece in Barton Hill got vandalised.

"The initial sketch was a lot better." 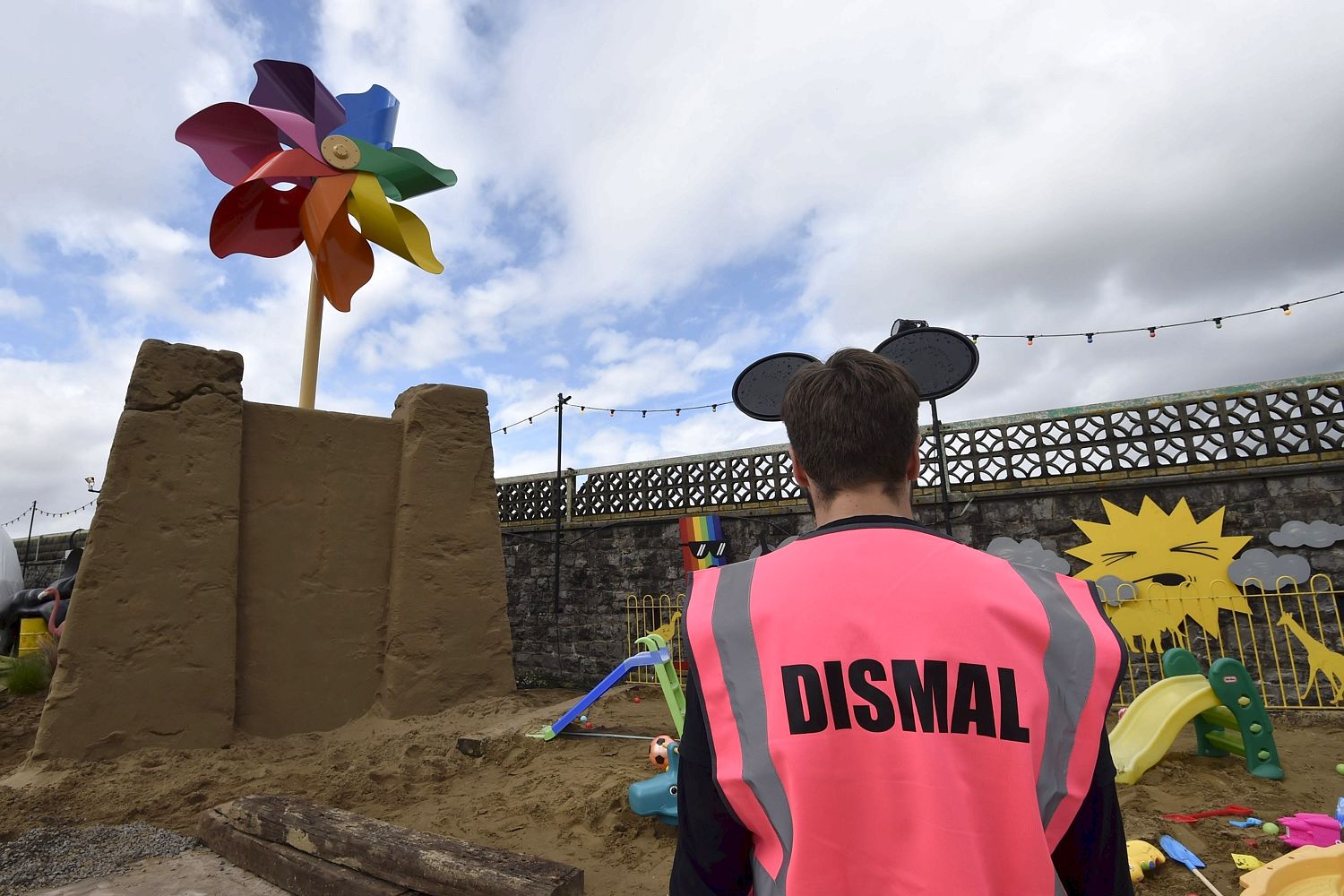 Banksy's dystopian theme park, Dismaland, opened in a crumbling leisure centre on the Weston-super-Mare seafront in 2015.

Banksy gifted its giant pinwheel to the town as a thank you for putting on the show, which welcomed over 150,000 visitors during its five-week run.

Now the pinwheel is going to be displayed in the town centre – though as exactly when it will appear is not yet certain as work on its placement has been delayed during the pandemic, according to reports. 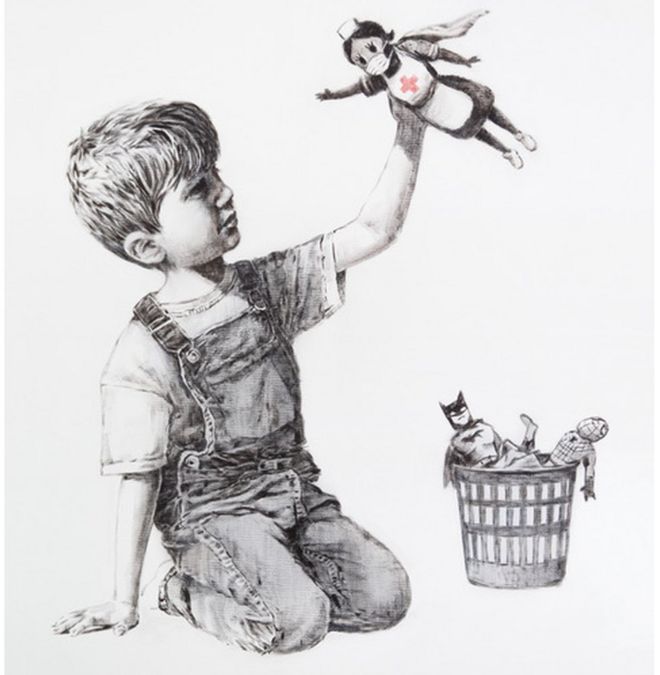 Banksy gifted Game Changer to Southampton General Hospital where it was displayed until it was auctioned off to raise money for the NHS.

In a note to hospital staff, Banksy wrote: "Thanks for all you're doing. I hope this brightens the place up a bit, even if its only black and white."

It was on display in the hospital's foyer near the emergency department until it sold £16.7m last year. 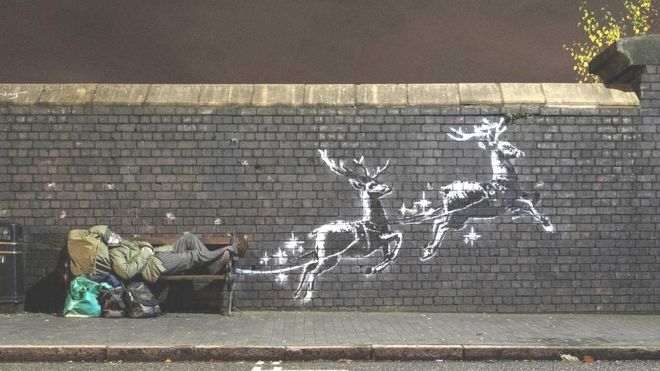 A protective screen was put up in front of the painting after red noses were painted on to the original. 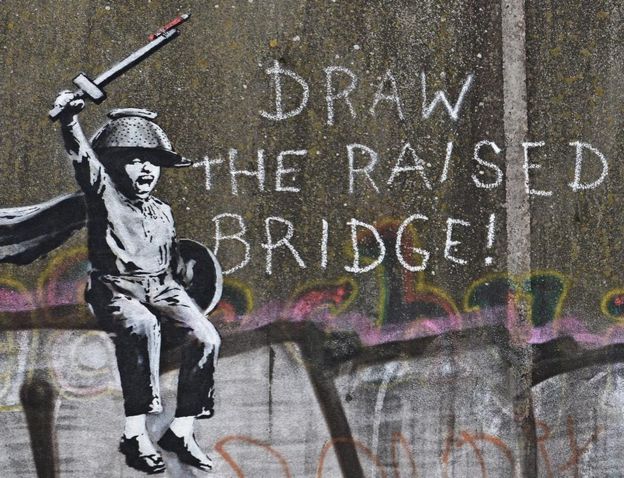 Draw the Raised Bridge appeared on the disused Scott Street Bridge over the River Hull in January 2018.

A plan had been drawn up to demolish the bridge and put the artwork onto a replacement, replica bridge.

After many feared the Birmingham Banksy would be auctioned off after a number of his pieces sold for six-figure sums.

Network Rail, who own the wall where the graffiti is, told Birmingham Live it would remain there due to the "complex reality and cost of removing the street art". 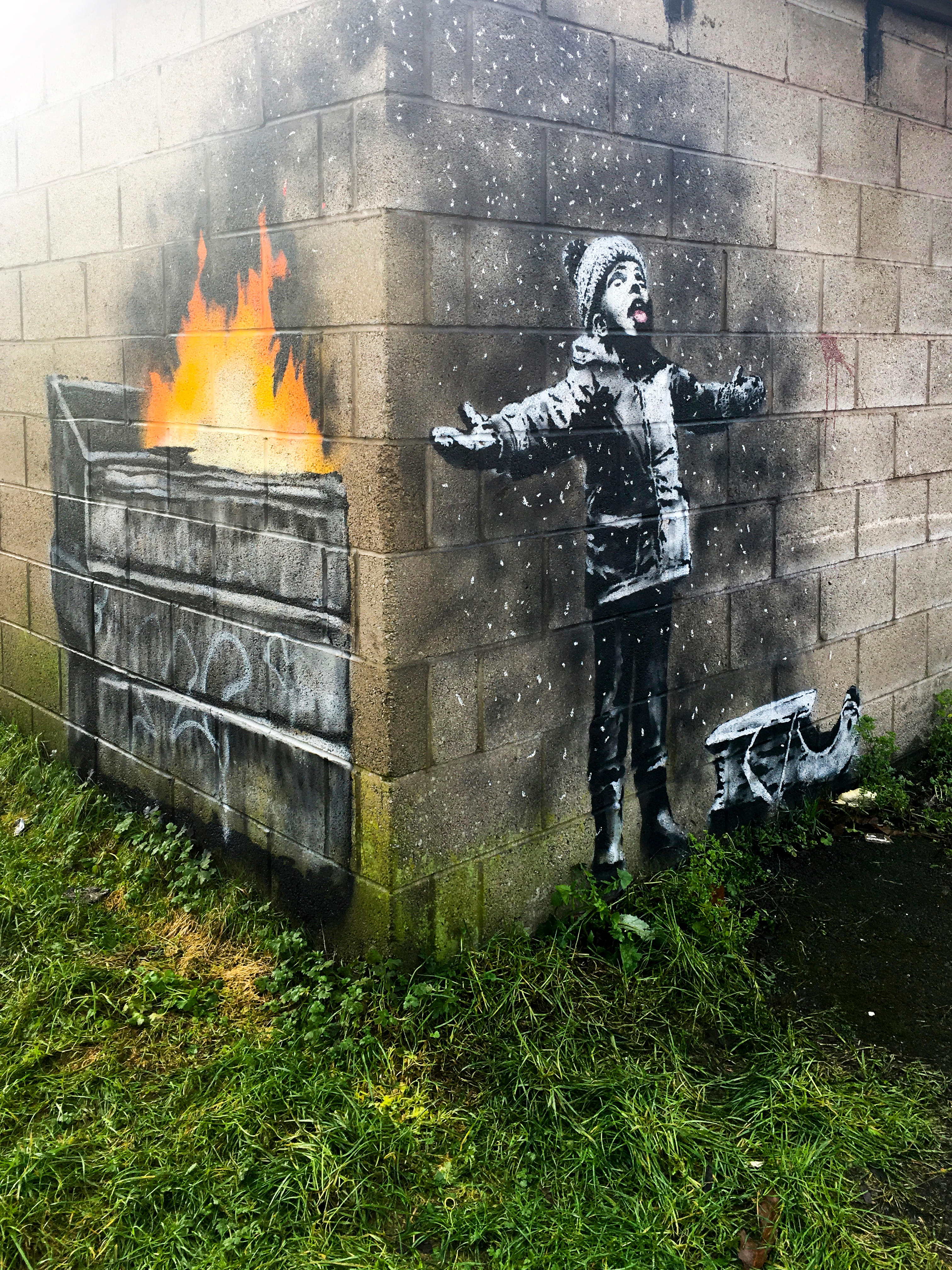 The Christmas themed Season's Greetings mural was sprayed onto the side of a steelworker's garage in Port Talbot in December 2018.

Although it's been sold to a gallery owner, it was agreed that the 4.5tonne work would temporarily stay in the town.

This is Not a Photo Opportunity – Cheddar Gorge 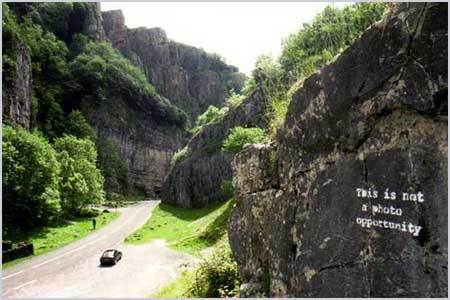 Banksy stencilled the white words "This is Not a Photo Opportunity" on a cliff face 40 metres up in Cheddar Gorge, Somerset, around 2004.

The work, near Cliff Road, is said to still be slightly visible after years of exposure to the elements. 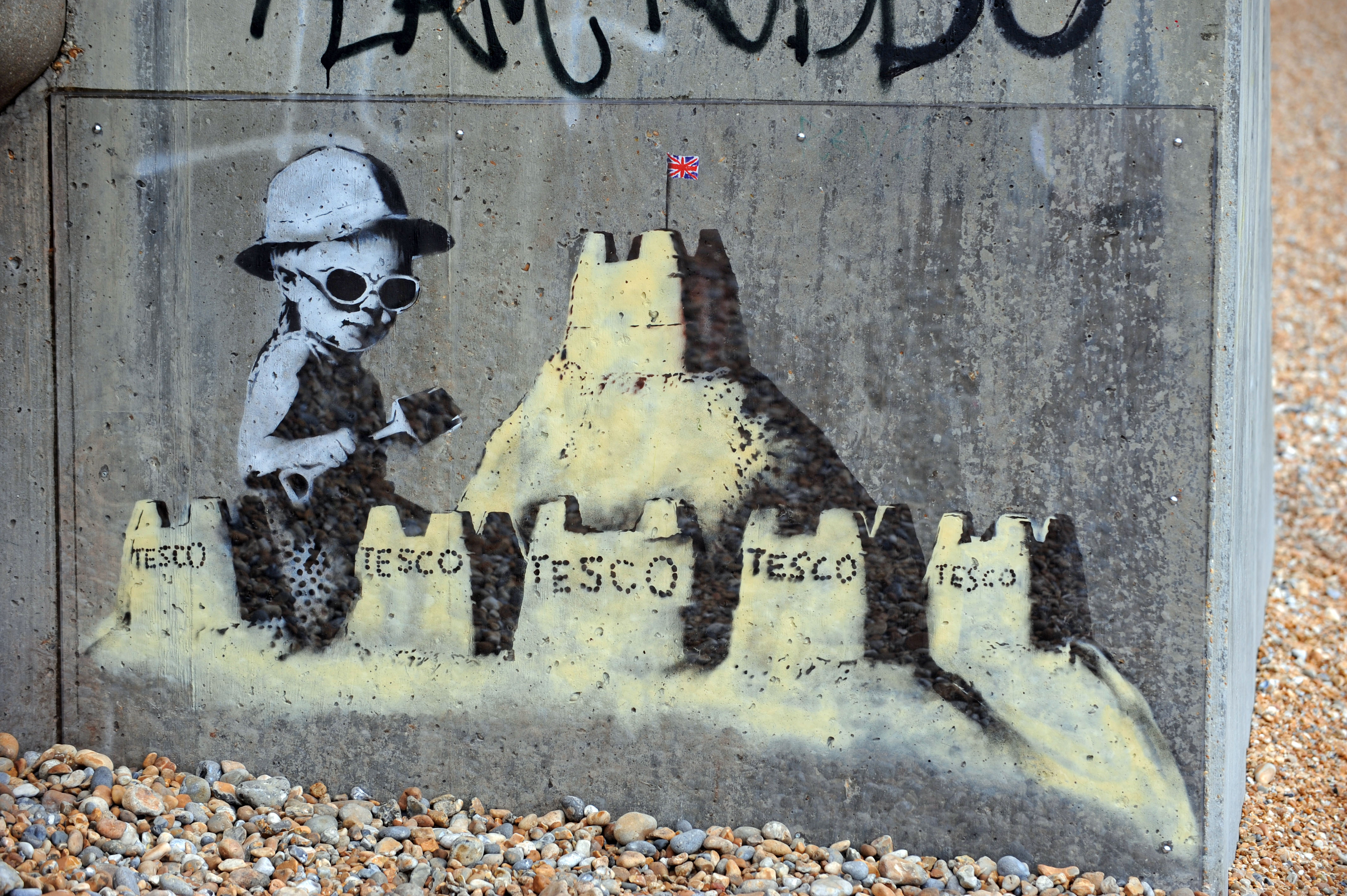 This 2010 mural appeared on the back of a staircase leading down to the beach in St. Leonards-on-Sea, East Sussex.

Banksy has used Tesco branding in several different artworks over the years, including on a picture of a petrol bomb in 2011.

It's claimed the artwork has led house prices to shoot up – with properties selling for up to three times more than they were previously valued at. 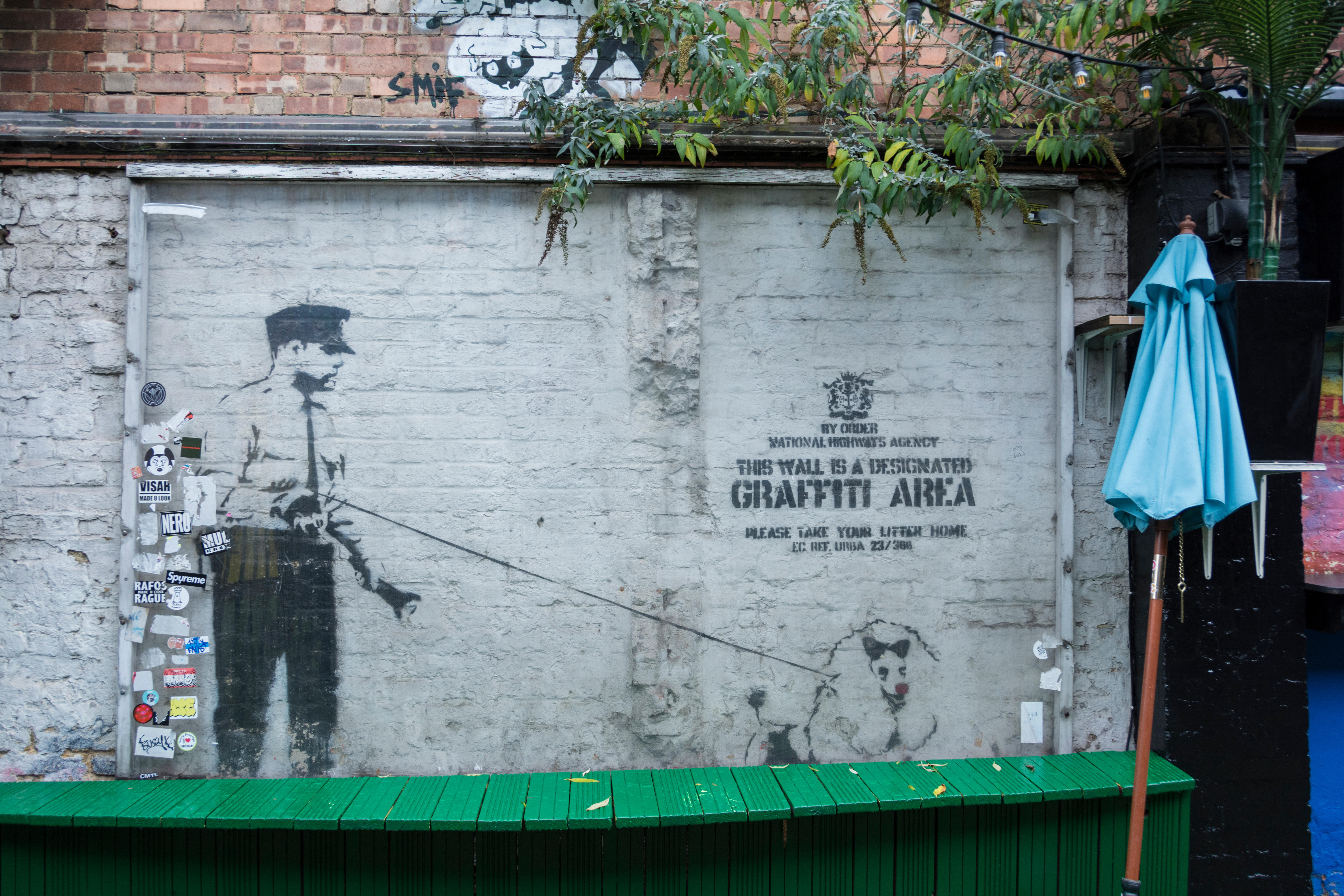 Banksy's humourous Designated Graffiti Area is located in the courtyard of the nightclub Cargo on Rivington Street in Hackney.

Another of his works showing a dog with a bazooka called His Master's Voice is in the same place. 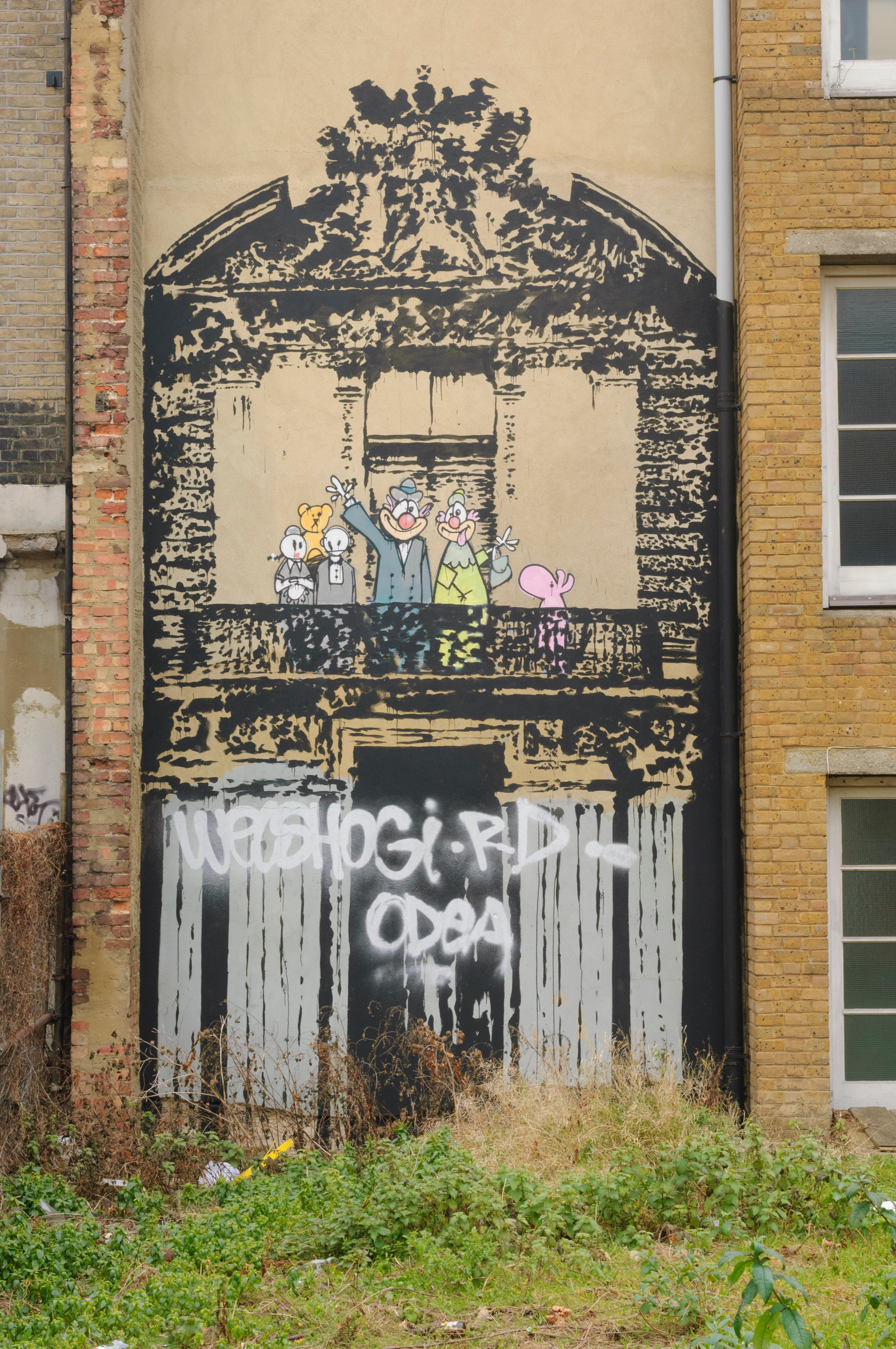 Banksy's cartoon version of the Royal Family appeared in Stoke Newington as far back as 2001.

It's still visible from Stoke Newington Church Street, despite many attempts to paint over it over the years. 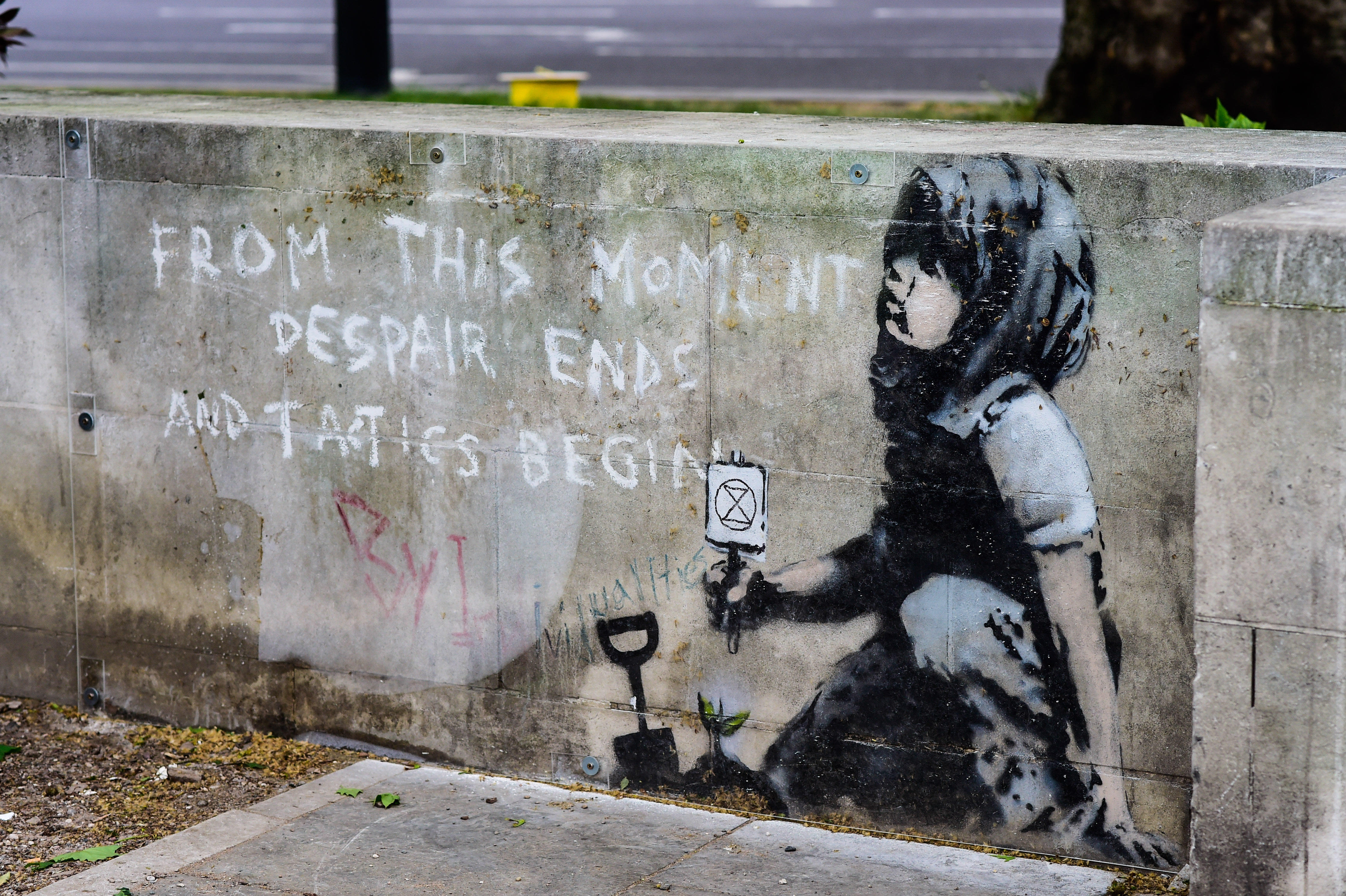 The Extinction Rebellion mural appeared near Marble Arch in April 2019 after the protest group's camp on the site was cleared.

A message on the painting reads: "From This Moment Despair Ends And Tactics Begin”. 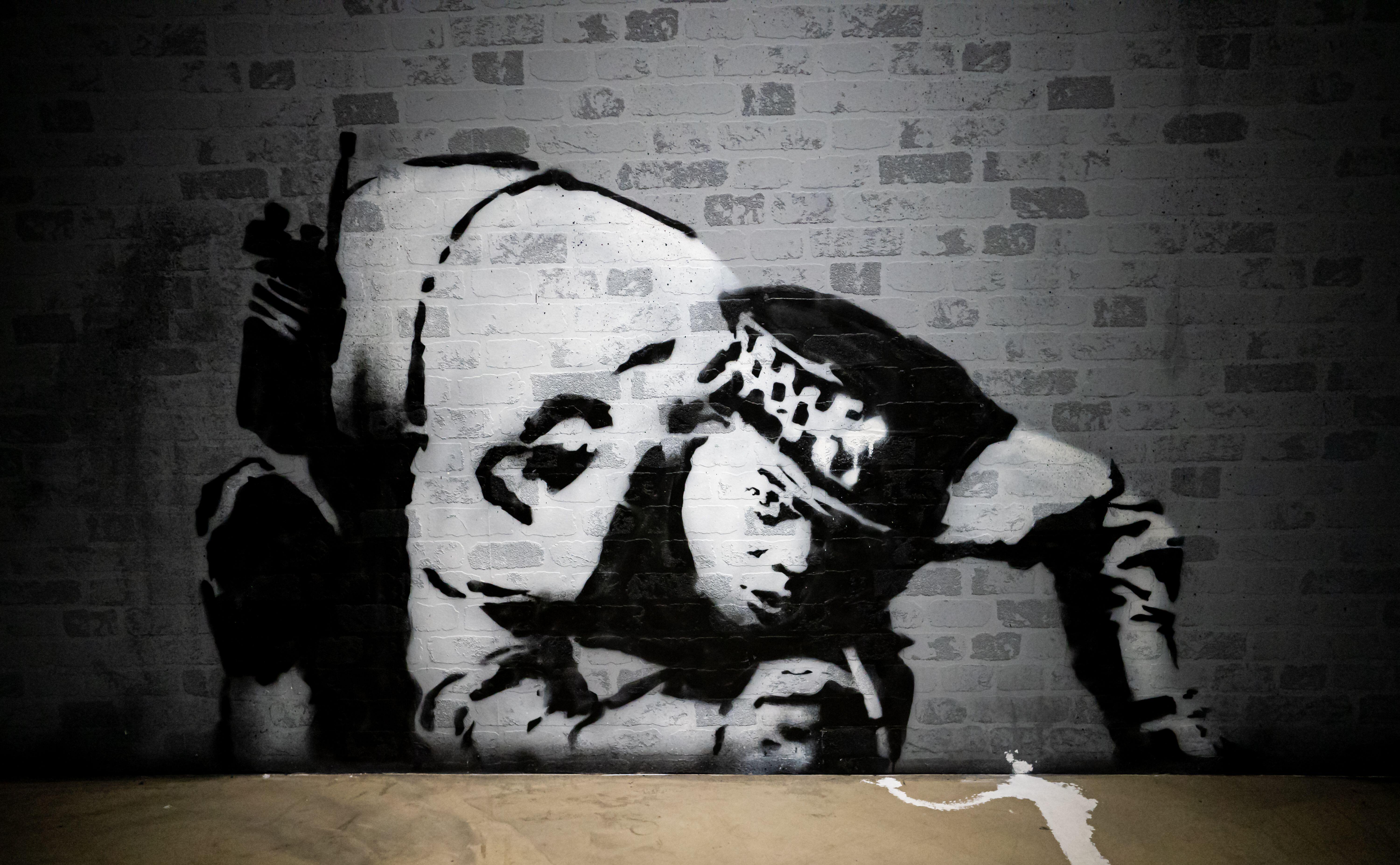 The mural of a police officer snorting cocaine first appeared on the side of a public toilet on Curtain Road in Hackney in 2005.

It's now inside an office building on the same road, but remains visible to the public through a viewing window. 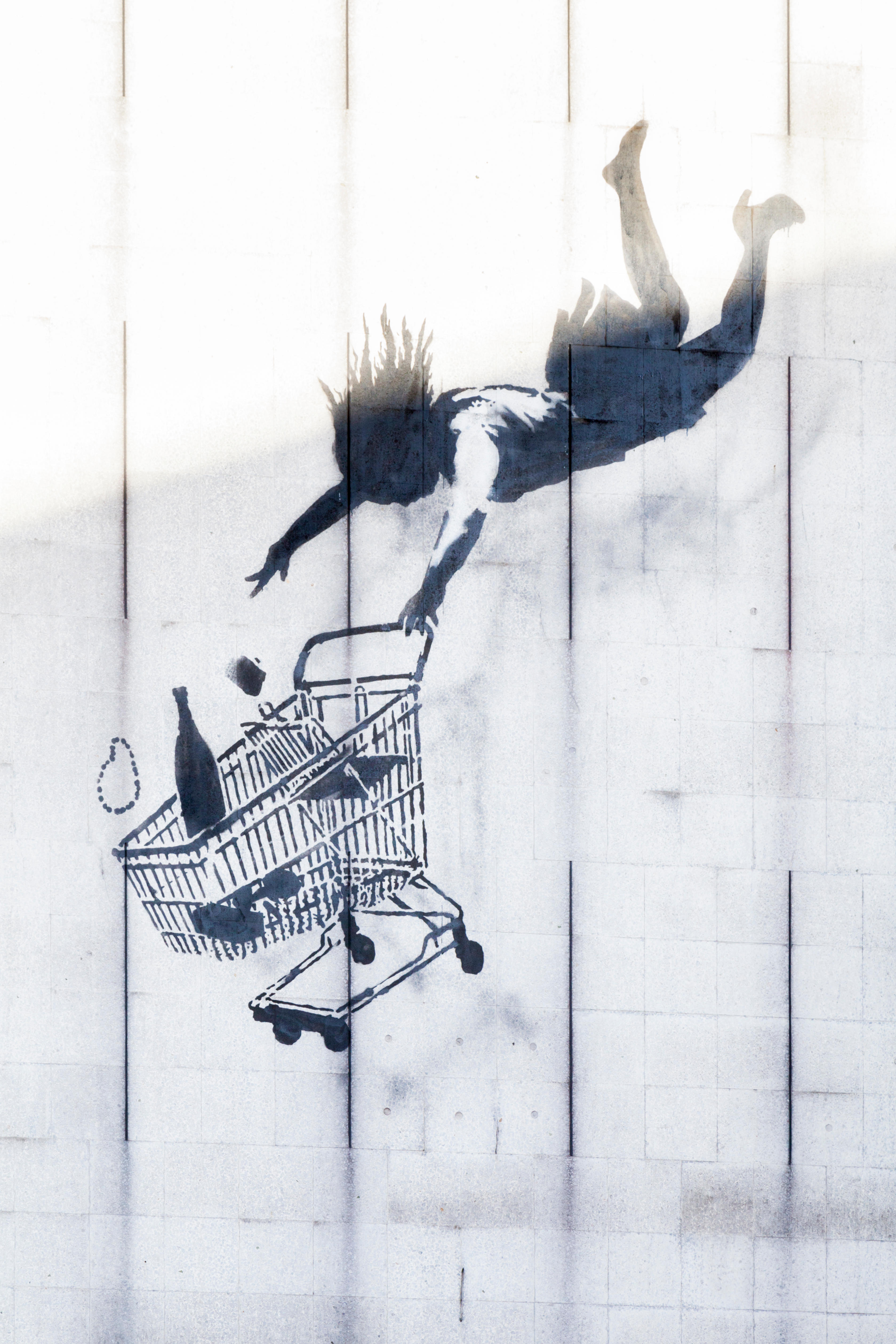 This mural appears on the side of a building on Bruton Street in Mayfair in November 2011.

Its anti-consumerist message, which Banksy uses in lots of his work, was undoubtedly chosen for its affluent surroundings. 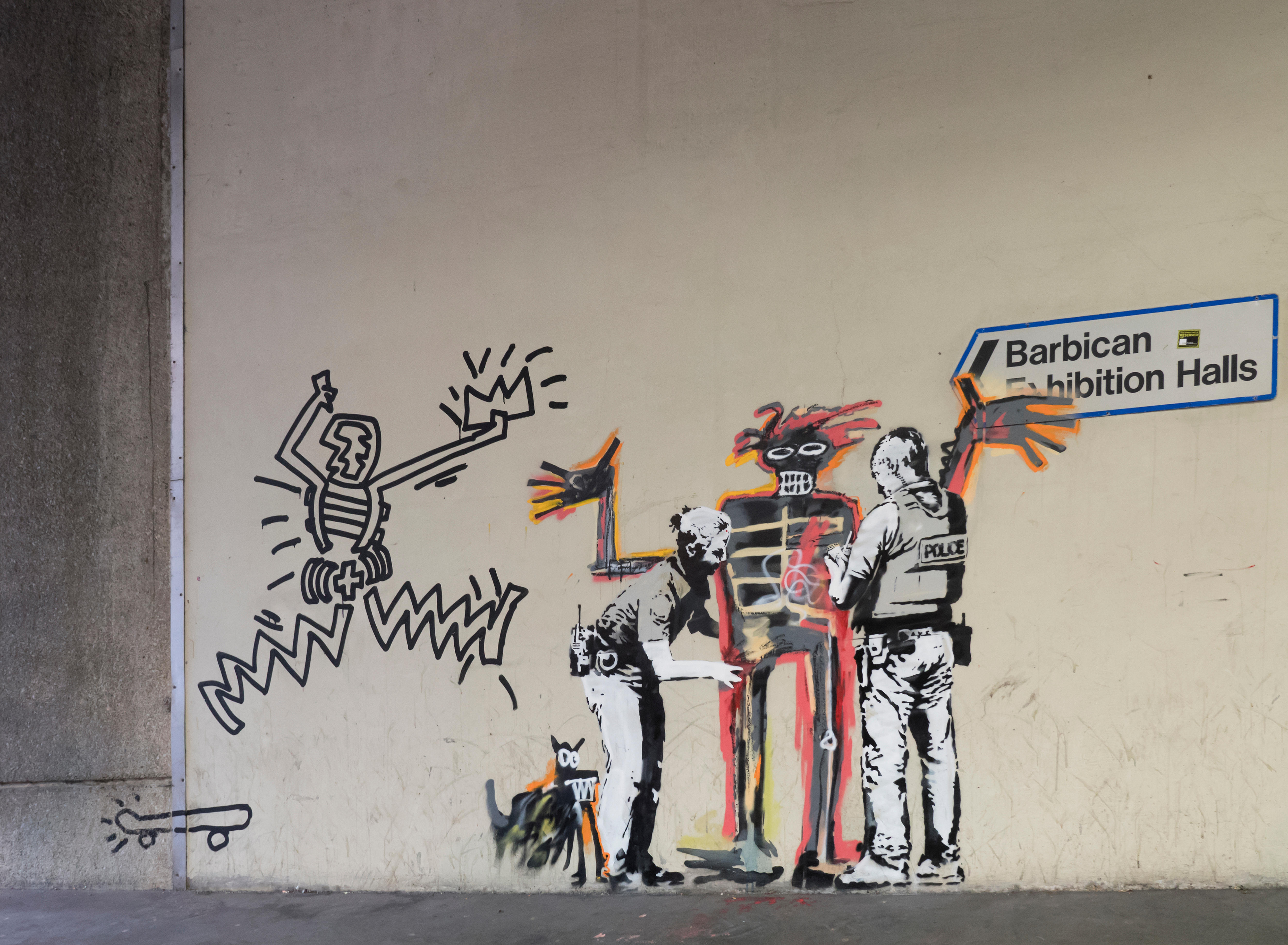 Two murals appeared by the Barbican in 2017 during an exhibition of Basquiat's work.

Basquiat is a famous American street artist to whom Banksy was paying tribute.

Writing on Instagram, he said: "Major new Basquiat show opens at the Barbican – a place that is normally very keen to clean any graffiti from its walls.” 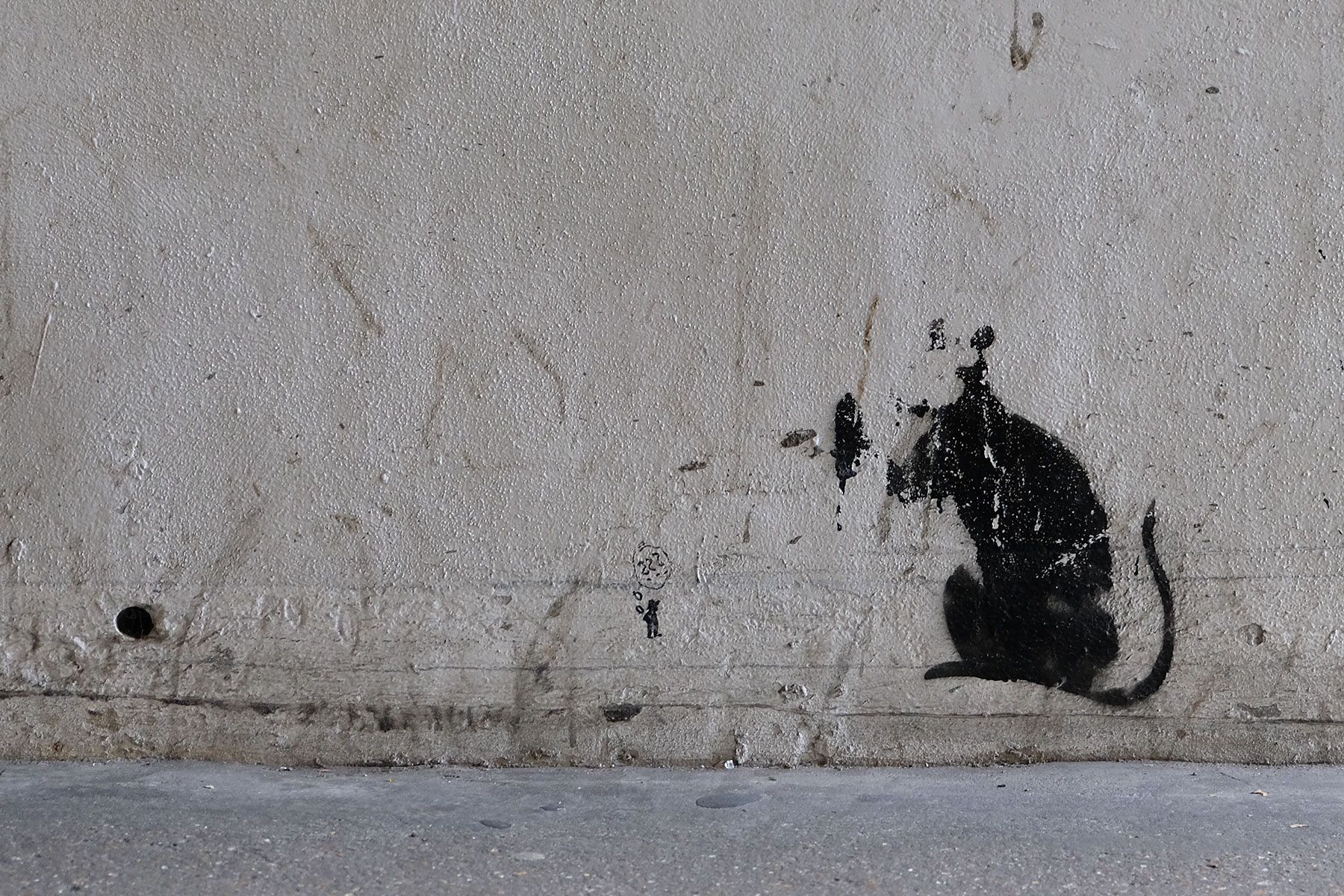 Banksy's most iconic symbol is the rat, and many of them are still dotted around London.

One of the best examples can be found in an underpass connecting London Bridge with Tooley Street. 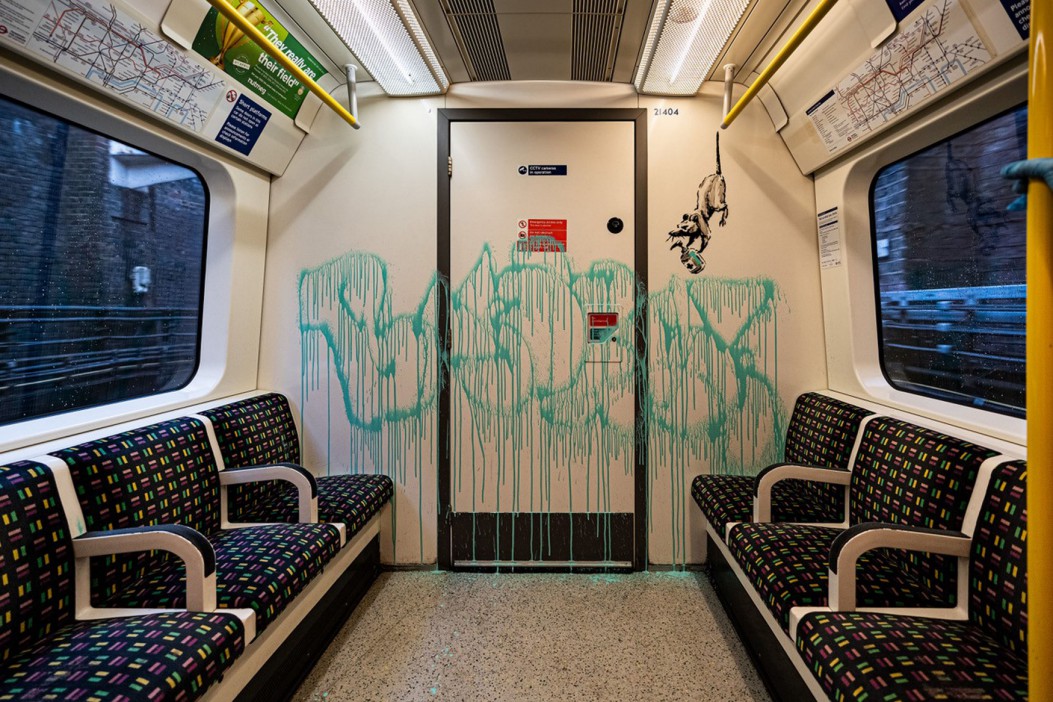