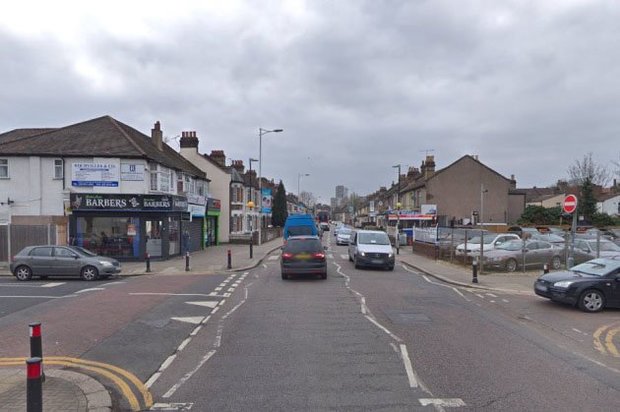 The women were attacked by a group of armed men in Green Lane, Ilford, at around 8pm on Sunday, April 28.

They were seated in a black Mercedes E Class when they were attacked.

Police have appealed for witnesses after a 45-year-old man who intervened was stabbed during the incident.

He was treated in hospital and discharged hours later.

Police say five suspects, believed to be black and Asian males aged under 18, fled the scene on foot.

Two suspects – males aged 15 and 16 – were arrested on suspicion of GBH.

Both have been released under investigation.

Three other suspects remain on the loose.

Investigating officer DC Richard Butcher said: “I am appealing for any witnesses to come forward. In particular I want to hear from anyone who saw any part of this incident or may have captured it on dashcam footage.

“This happened on a busy road in the early evening.”

Any witnesses, or anyone with information, is asked to call East Area CID via 101 quoting ref CAD NO. 6637/28APR19