Two teens certain 'God is real' after being rescued at sea 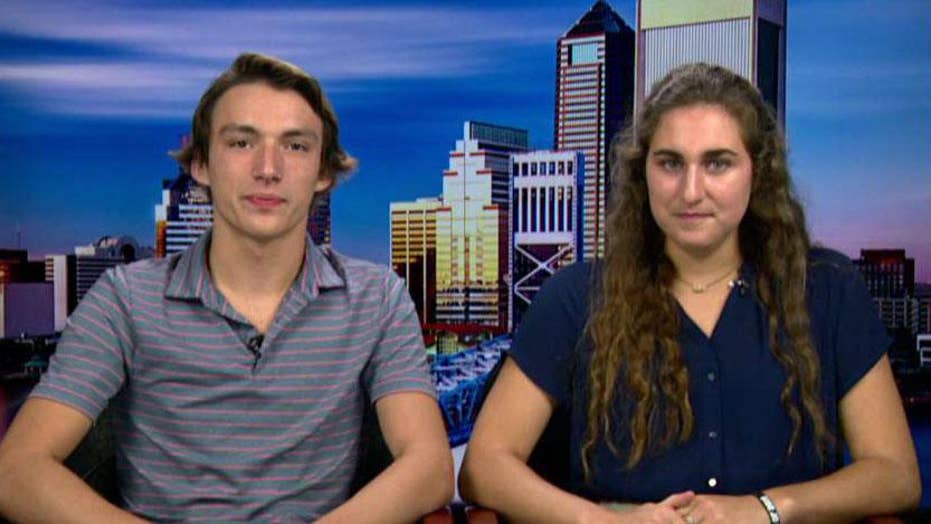 Two teens certain ‘God is real’ after being rescued at sea

High school students Tyler Smith and Heather Brown treaded water for hours before being rescued and speak out on ‘Fox &amp; Friends.’

Two Florida teens have had their faith restored that “God saves” after they were rescued from the ocean last month by a yacht called “The Amen,” they said on “Fox and Friends” on Saturday.

High school seniors Tyler Smith and Heather Brown, who are both student-athletes at Christ’s Church Academy, said it never occurred to them that a strong current could sweep them away as they swam offshore from Vilano Beah, near St. Augustine.

“We’re teenagers. We don’t think about currents or anything like that,” Smith said on Saturday. “We’re like, 'oh we can do this easy', so we just start swimming out.”

The pair were stranded in the ocean for two hours nearly two miles from shore and were losing hope as the waves became rougher and the red buoy they were relying on as a point of reference and potential safety mark became out of reach.

Smith’s legs also began to cramp from the swimming, he said.

“You can’t swim anymore because both of your legs are cramped. You’re hopeless.”

That’s when he turned to prayer.

That’s when it felt like a miracle occurred for the teens as a white yacht, “The Amen” emerged about 200 yards from the desperate pair.

“At some point, it felt like it came out of nowhere. We had seen a couple of boats pass really far away but when I looked up, I saw this big boat. It was a really nice boat. It was already closer than the other ones were from the start and I just had this feeling that I knew we were getting out of there,” Brown said.

She waved a stick that she found at the water and the boat’s Captain, Eric Wagner, was able to spot them. After calling the Coast Guard, his crew was able to pull the two to safety.

"Over all the wind, waves, and engines, we thought we heard a desperate scream," Wagner told FOX 30 after their rescue. "Exhausted and near the end, the boy told me he called out for God's help. Then we showed up."