MELBOURNE (Reuters) – Two people have died, five are missing and at least 150 homes have been destroyed as bushfires rage across eastern Australia, authorities said on Saturday. 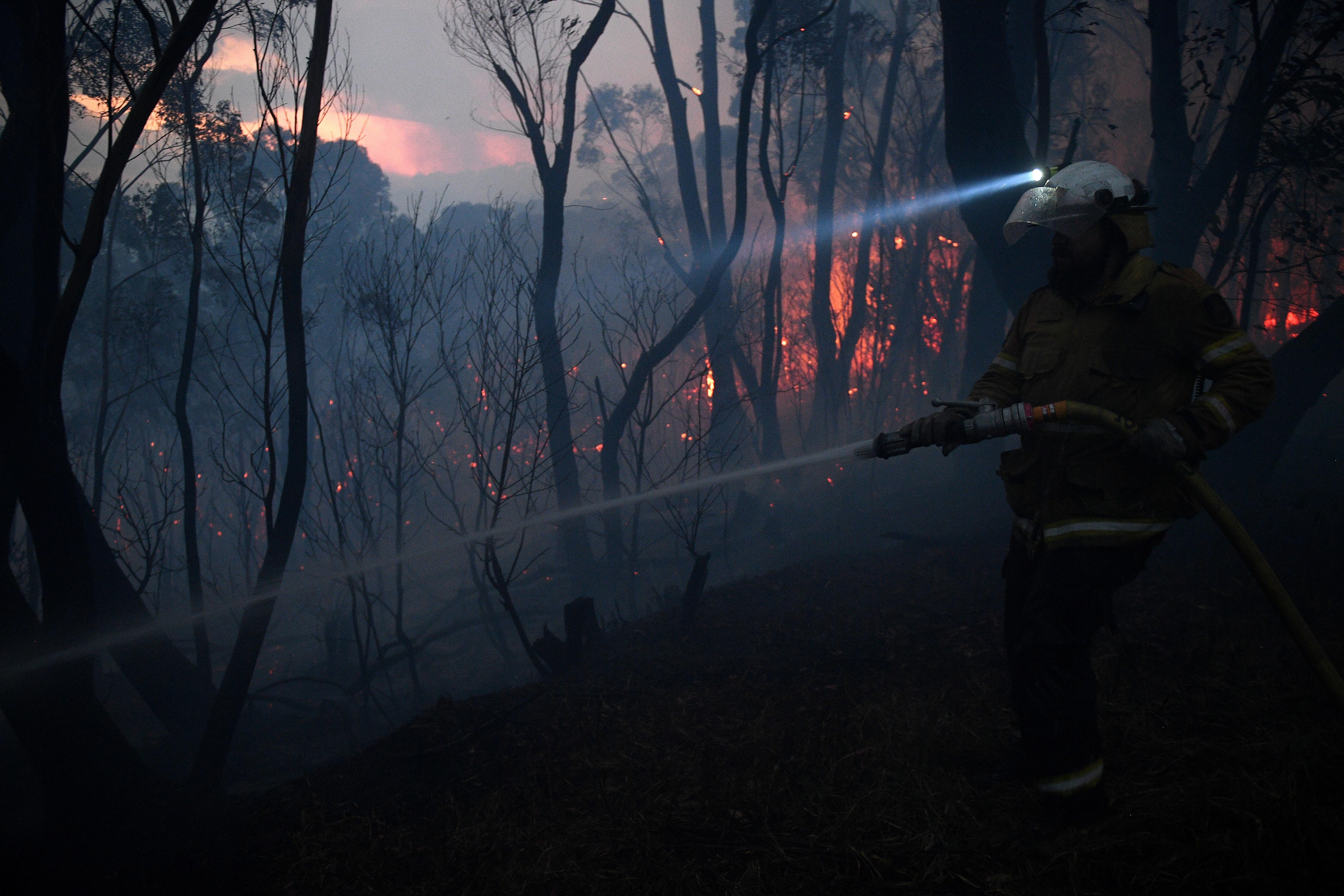 One body was discovered in a vehicle and a woman died after being found suffering from burns on Friday.

Five other people remain unaccounted for on Saturday afternoon, with Prime Minister Scott Morrison saying he feared the number of deaths could rise.

“These fires have already claimed two lives … and as we get access to further areas that have been cut off we are expecting worse news again,” Morrison said during a televised news conference in Sydney on Saturday.

Morrison said reserve members of Australia’s armed forces may be used to assist emergency services and that support payments were being made available for those directly affected by fires.

This is one of Australia’s worst bushfire seasons and it is occurring even before the start of the Southern Hemisphere summer, with parts of the country already crippled by severe drought.

NSW RFS Commissioner Shane Fitzsimmons said little reprieve in fire conditions could be expected over the next week or throughout the summer months of December, January and February.

“The forecast for the balance of the season continues to be driven by above-normal temperatures (and) below-average rainfall to dominate over the coming months,” Fitzsimmons said.

On Friday, state fire authorities issued a record number of emergency warnings, with 17 fires declared to be at an emergency level with high winds and dry-conditions fanning the flames.

There were 81 fires burning across the state on Saturday afternoon, 36 of them uncontained, with an emergency warning on four of them.

Further north, in Queensland, thousands of residents near the resort town of Noosa, on the Sunshine Coast, spent the night in evacuation centres.

Queensland Premier Anastasia Paluszek said authorities were still accessing if it was safe for nearly 2,000 people to return home.

“These fires can change very quickly, it is very dry at the moment and the winds will pick up this afternoon,” Paluszek told reporters.

Meanwhile in Western Australia, one fire was declared at an emergency level on Saturday afternoon and authorities warned of high fire risk throughout the state, the Department of Fire and Emergency Services said.