Social media users were quick to point out that men won all of the awards at the UAE’s ‘Gender Balance Index’ awards. 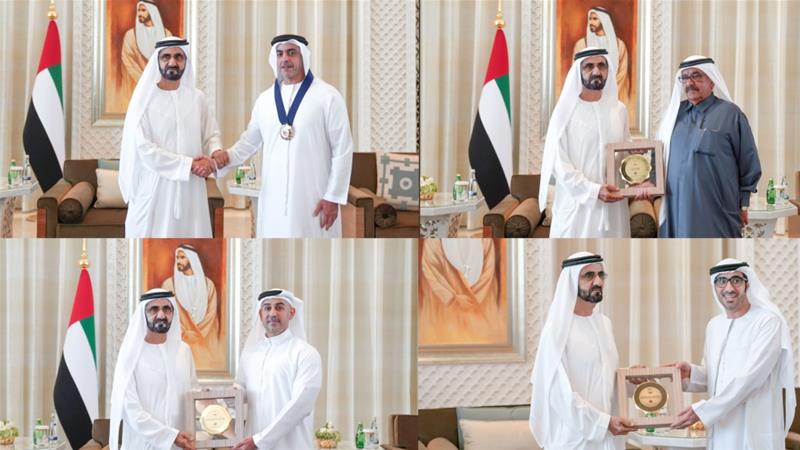 Twitter users have mocked authorities in the United Arab Emirates (UAE) after it emerged that winners of an initiative designed to foster gender equality in the workplace were won entirely by men.

On Sunday, Sheikh Mohammed bin Rashid Al Maktoum, vice president of the UAE and ruler of Dubai, awarded medals and certificates to the finance ministry, the federal competitiveness and statistics authority and ministry of human resources, which were all represented by male awardees.

Al Maktoum insisted that Emirati women and their role were “central to shaping the future of the country”.

“Gender balance has become a pillar in our governmental institutions,” he said.

At the ceremony, however, Sheikh Saif bin Zayed Al Nahyan, UAE’s deputy prime minister and minister of interior, was recognised as the “best personality supporting gender balance” for his efforts to implement maternity leave in UAE’s military.

The other awards were received by Sheikh Hamdan bin Rashid Al Maktoum, deputy ruler of Dubai and finance minister, Nasser bin Thani al-Hamli, minister of human resources and Emiratisation, and Abdulla Nasser Lootah, the director general of the Federal Competitiveness and Statistics Authority.

Hundreds of people took to Twitter to mock the announcements, with comments such as: “I’m sorry to have to be the one to tell you, but you forgot to invite WOMEN”.

I’m sorry to have to be the one to tell you, but you forgot to invite WOMEN.

“Wow really nailed the diversity there. One of those dudes was wearing gray,” said another.

Wow really nailed the diversity there. One of those dudes was wearing gray.

I promise you, this isn’t satire https://t.co/yTKBrsTCZ9

Last year, a report by the Office of the UN High Commissioner for Human Rights painted a grim picture of the human rights situation in the UAE, raising concern over the torture of prisoners, injustice against foreign workers and discrimination of women in the Gulf state.

The report also said that the UN was concerned that it was still possible for a man to prohibit his wife from working and to limit her freedom of movement.