Theresa May’s tearful annunciation of her resignation sparked a frenzy on Twitter as users reacted to the news.

Speaking outside 10 Downing Street, the Prime Minister started crying as she revealed she would stand down on June 7.

Within minutes Twitter users had already created countless memes, poking fun at the serious news and commenting on the state of British politics.

Some rejoiced in her resignation while others worried about the prospect of Boris Johnson becoming the new leader.

She declared she will resign as Conservative leader on June 7, triggering a contest that should be complete by the end of July – admitting it was time for someone else to try and deliver Brexit.

One user posted a picture of a Doctor Who Cyberman robot, known for being unable to feel emotion, shedding a single tear with the caption: ‘If you missed Theresa May’s speech this morning this is basically the gist of it’. 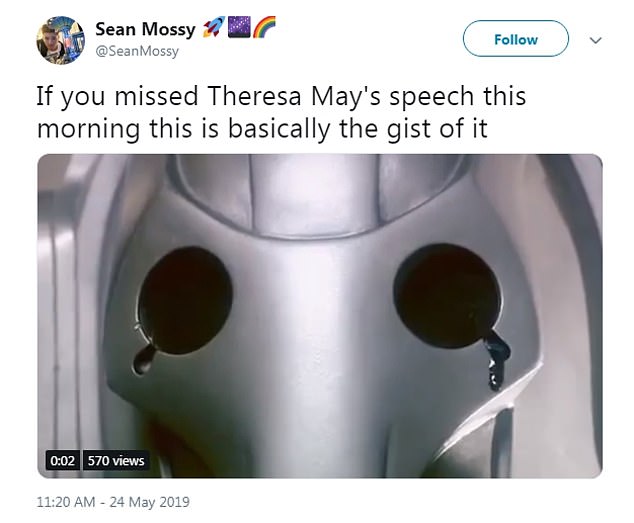 One user compared Mrs May to a Doctor Who Cyberman, who are known for being unable to feel human emotion, shedding a single tear. Speaking outside 10 Downing Street, the Prime Minister broke down in tears as she revealed she would stand down on June 7. She said: ‘I’ve done my best’ 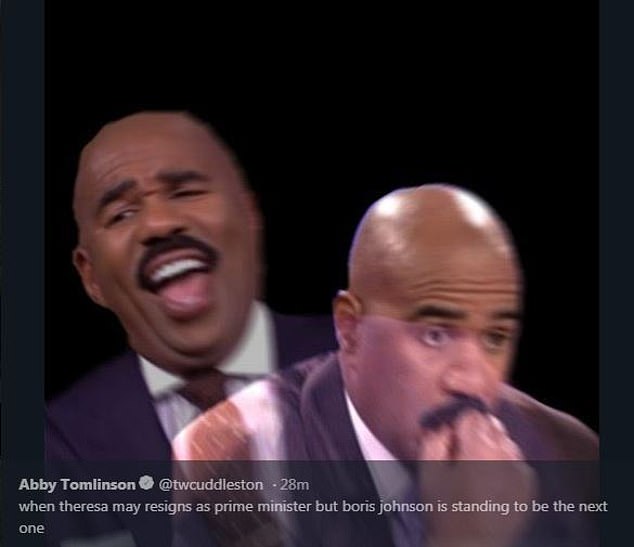 Another user found the prospect of Boris Johnson becoming the next potential leader of the Conservatives incredibly harrowing as she posted a picture of American TV presenter Steve Harvey laughing before becoming serious. During her speech she said: ‘I have done everything I can to convince MPs to back that deal … sadly I have not been able to do so’ 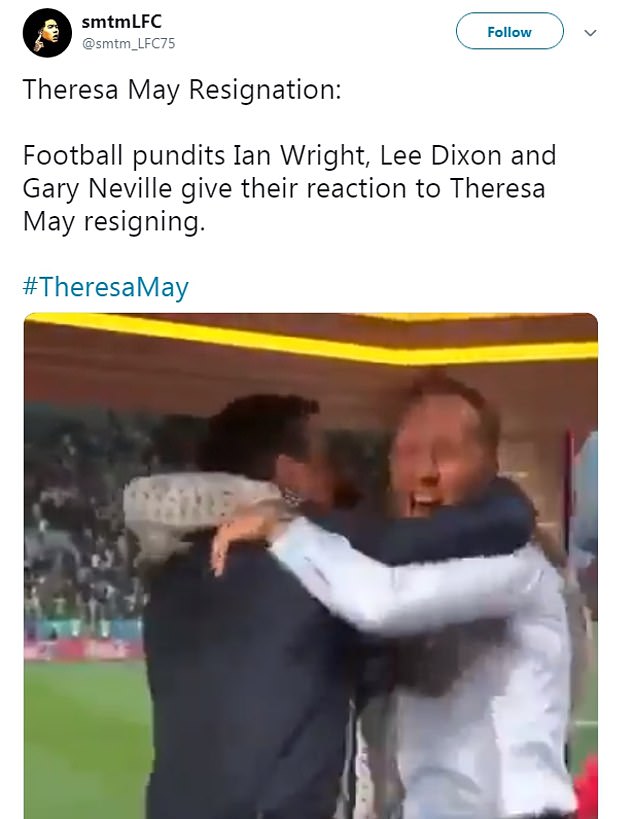 This user posted a photograph of football pundits jumping and hugging with the cheeky caption: ‘Ian Wright, Lee Dixon and Gary Neville give their reaction to Theresa May resigning’ 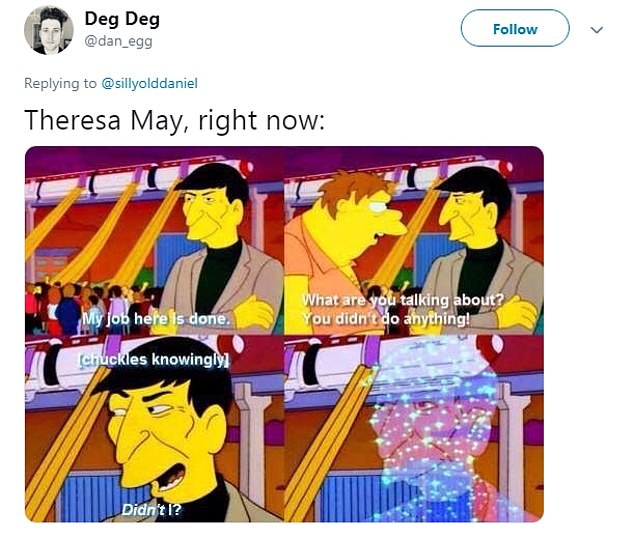 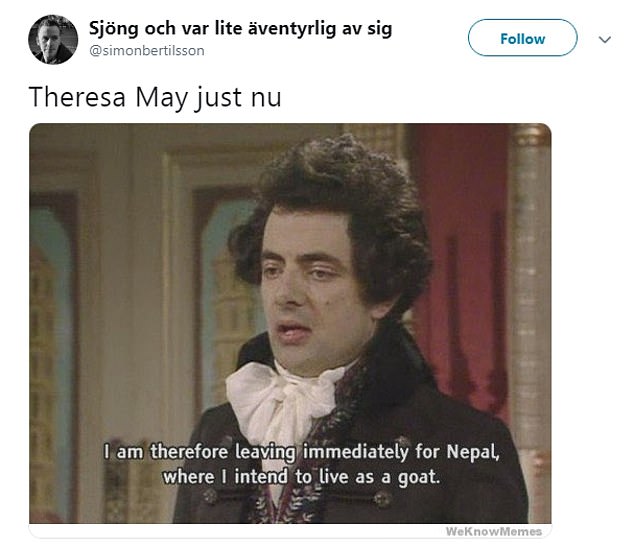 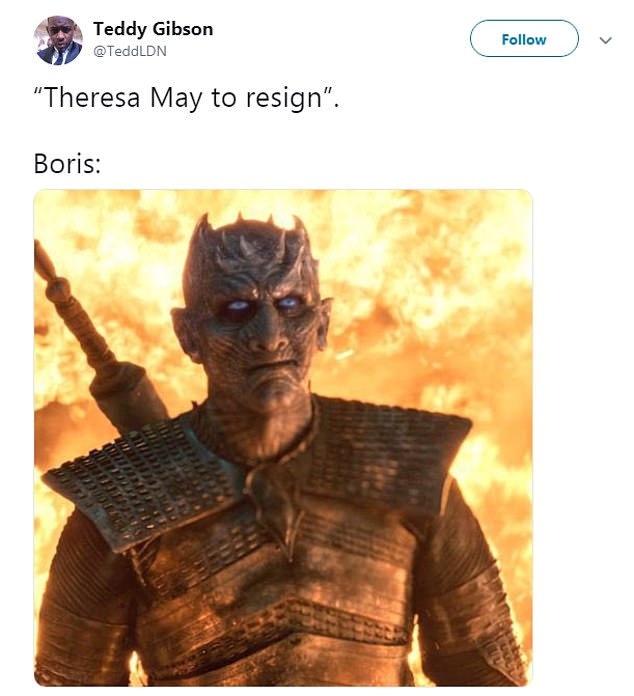 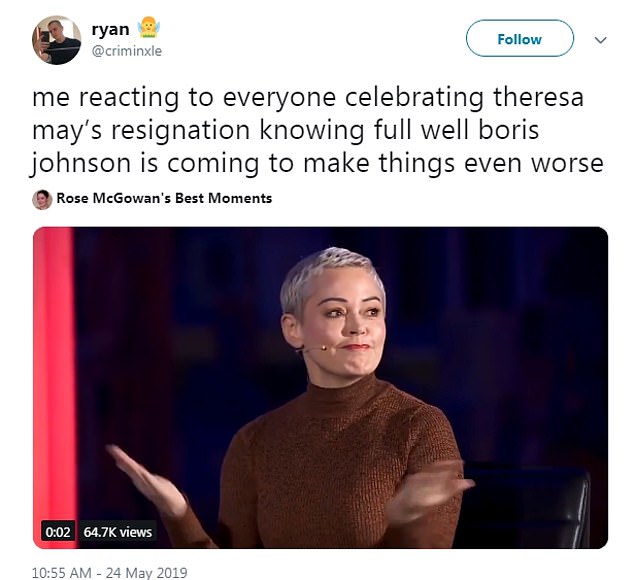 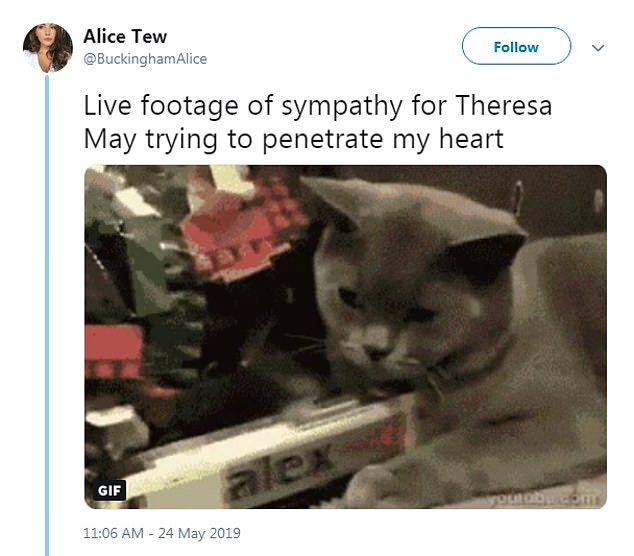 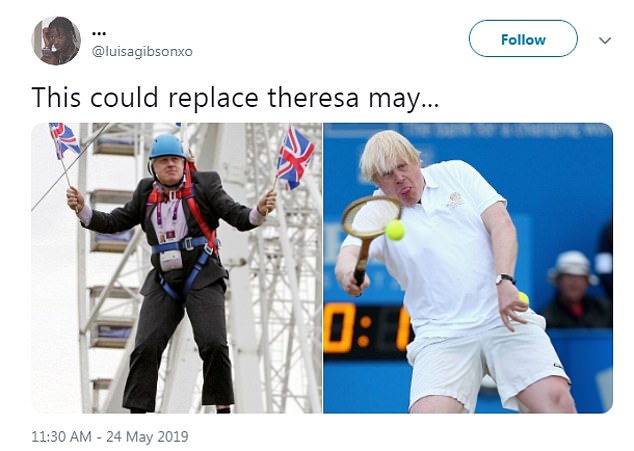 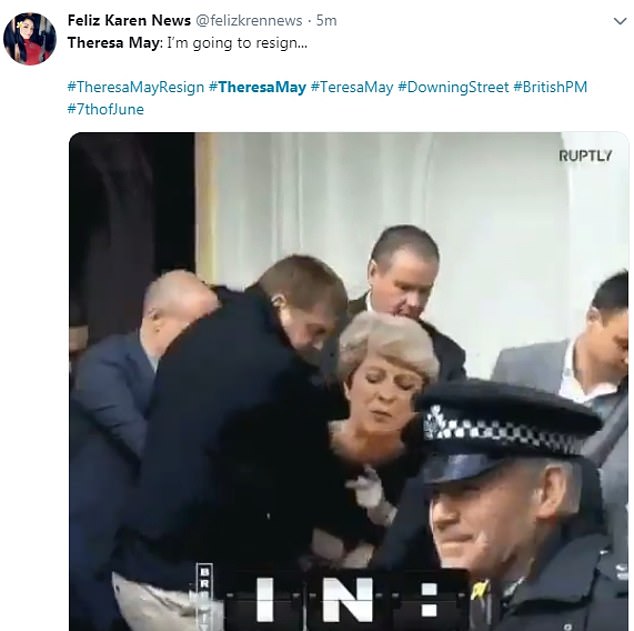 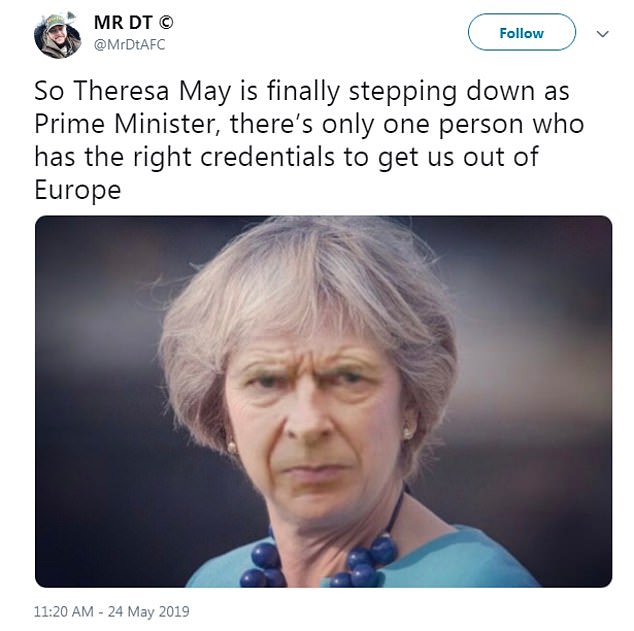 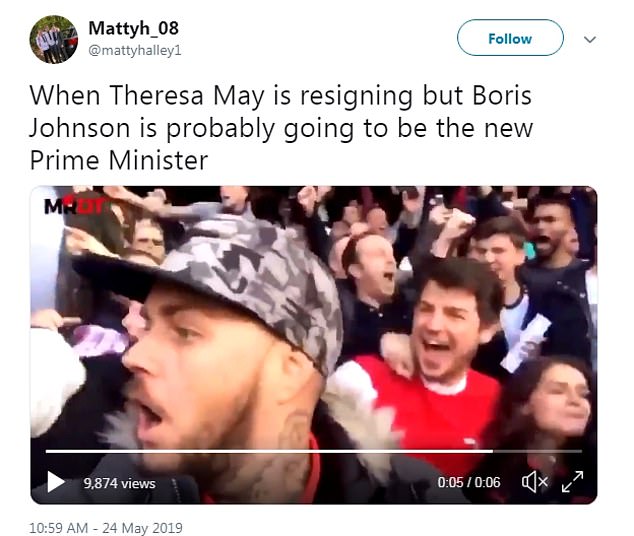 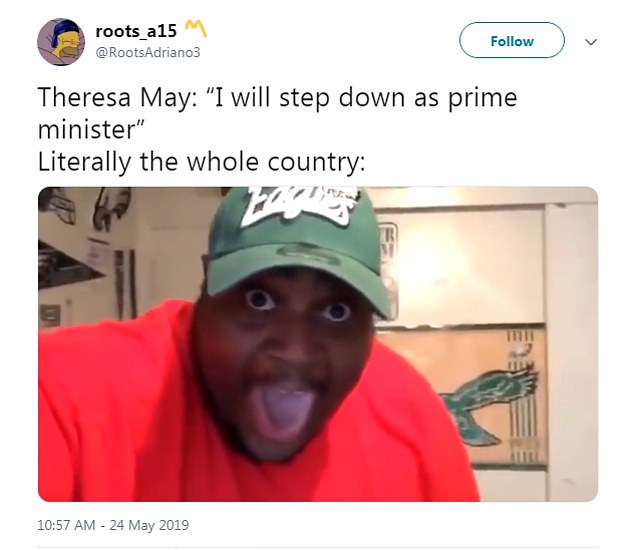 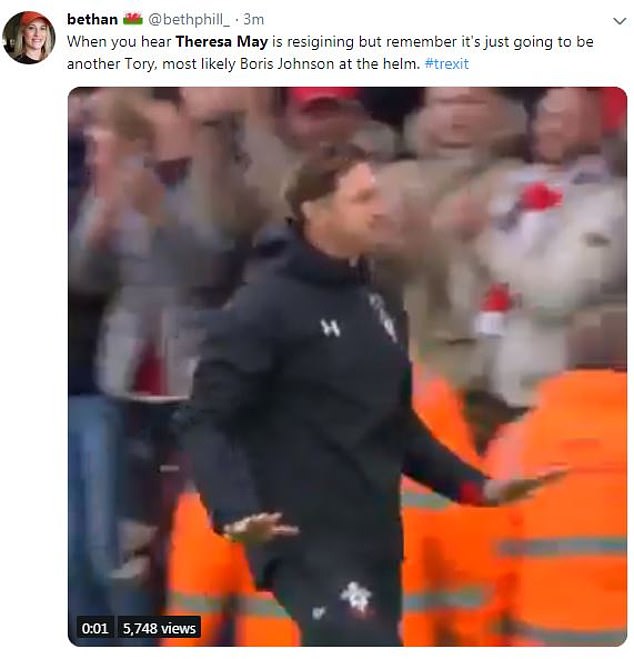 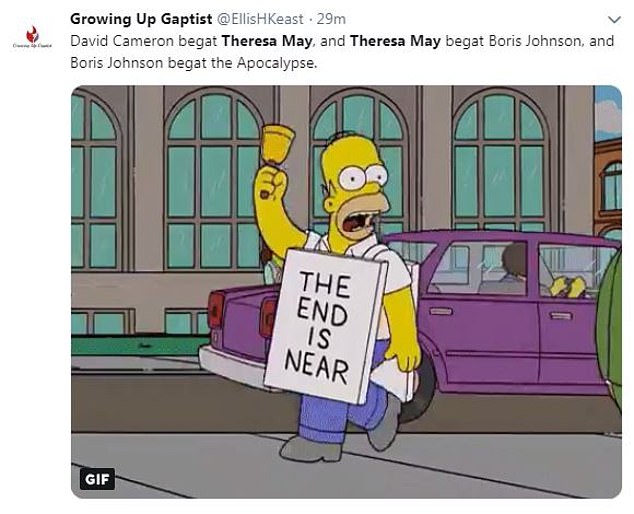 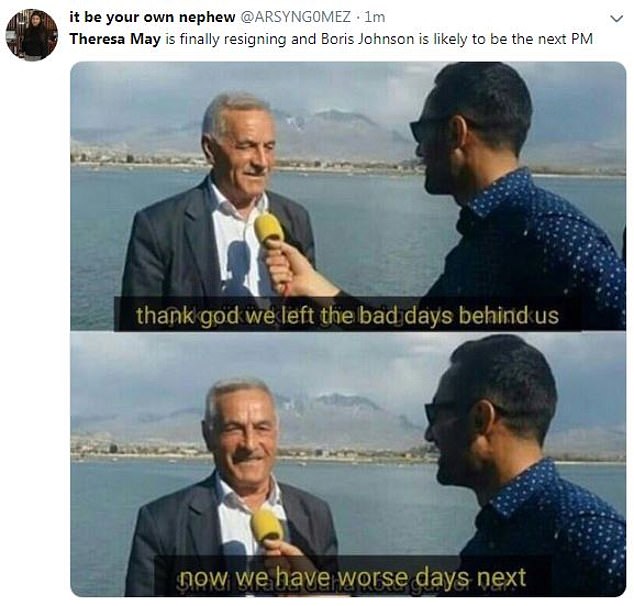 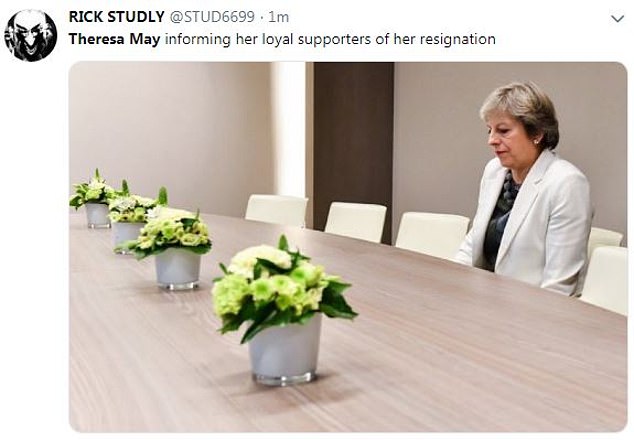 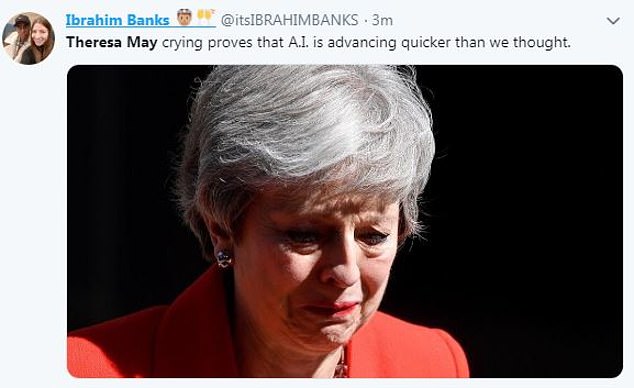 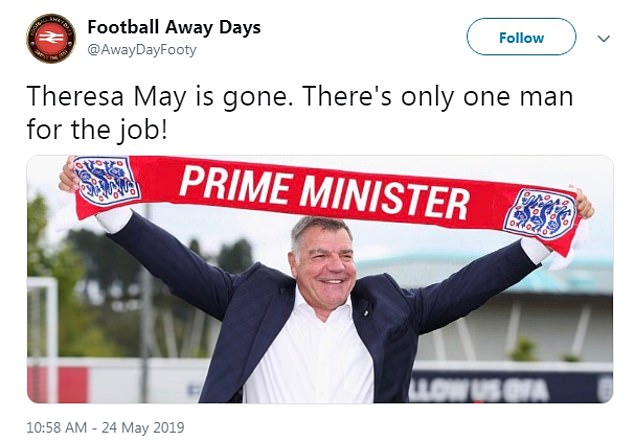 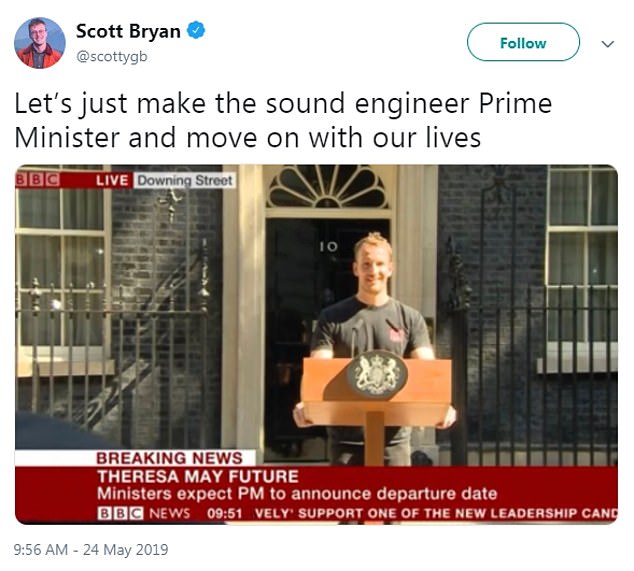