ANKARA (Reuters) – Turkey will not refrain from “teaching a lesson” to Khalifa Haftar if his eastern Libyan forces continue attacks against the internationally recognized government in Tripoli, President Tayyip Erdogan said on Tuesday. 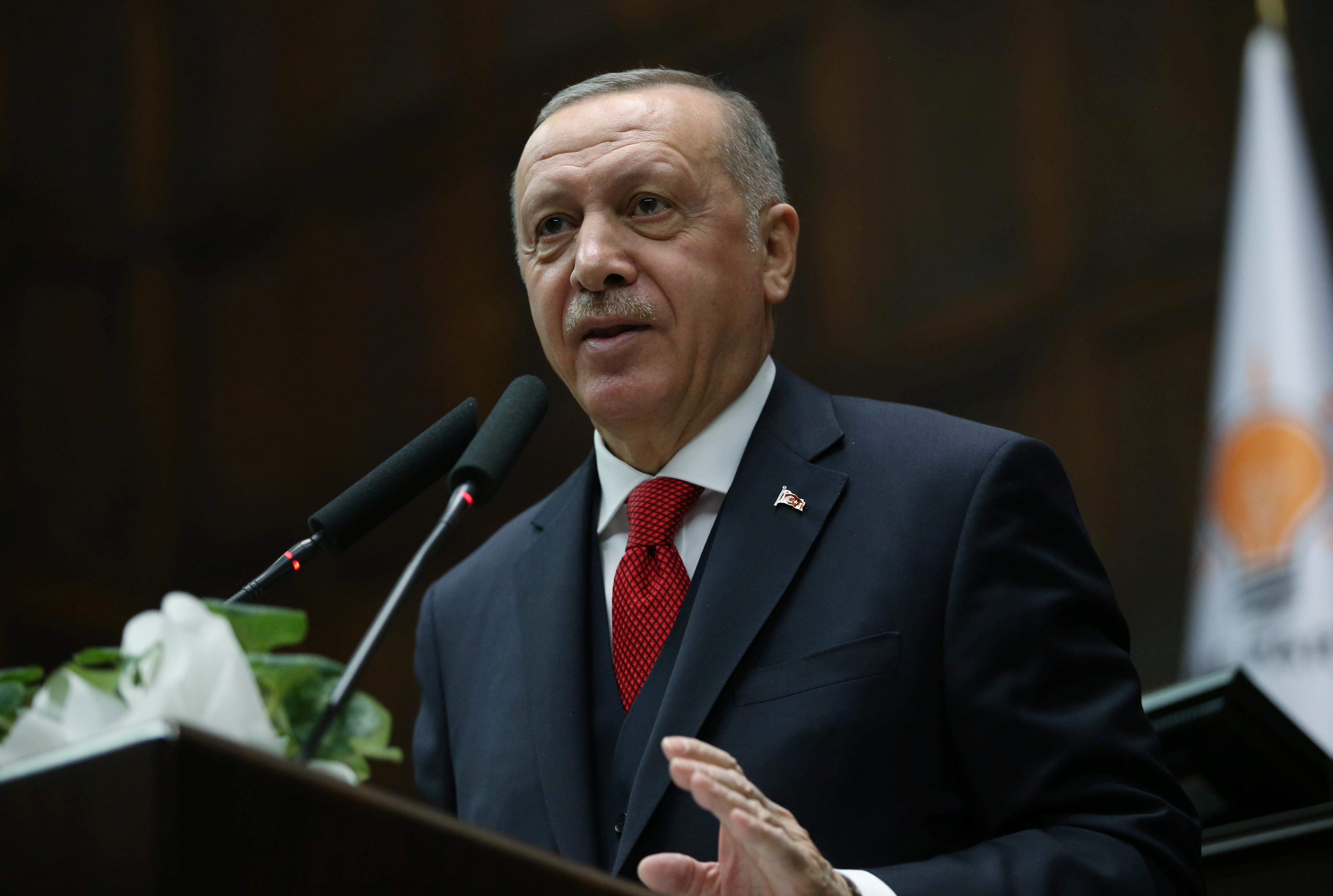 Turkey and Russia failed to convince Haftar on Monday to sign a binding truce to halt his nine-month campaign to try to conquer the Libyan capital from forces aligned with the internationally recognized government.

The initiative was the latest attempt to stabilize the North African country beset by turmoil since the toppling of Muammar Gaddafi in 2011.

Fayez al-Serraj, who heads the Tripoli-based government, signed the truce proposal after indirect talks in Moscow on Monday, but Haftar left the Russian capital without signing.

The Russian defense ministry was quoted by Interfax news agency on Tuesday as saying Haftar had been positive about the ceasefire deal and was taking two days to consider it.

But Erdogan said Haftar had “run away”. Turkey’s parliament voted this month to allow a troop deployment to help the Tripoli government to fend off Haftar, who is backed by the United Arab Emirates, Egypt, Jordan and Russian mercenaries.

“If the putschist Haftar’s attacks against the people and legitimate government of Libya continue, we will never refrain from teaching him the lesson he deserves,” Erdogan said in a speech to his AK Party lawmakers in parliament.

“It is our duty to protect our kin in Libya,” Erdogan added.

He said Turkey had deep historical and social ties with the north African country and that Haftar would have taken over the entire nation if Ankara had not intervened.

Turkey will join Germany, Britain and Russia at a summit on Libya in Berlin on Sunday, he said.

Haftar’s office and his forces have not officially confirmed the commander rejected the truce proposal, but a website linked to the forces said he would not sign.

Haftar and Serraj did not meet in Moscow directly, talking instead via Turkish and Russian mediators. They last met in Abu Dhabi in February 2019 before talks broke down over a power-sharing deal and Haftar moved his troops on Tripoli in April, after expanding his control beyond the east and south.

Serraj told Reuters in June he would never sit down again with Haftar.

Conflict in Libya has wrecked the economy, disrupted oil production and triggered flows of migration to Europe that have now largely been stemmed.

Haftar’s troops have not been able to breach Tripoli’s defenses but have in recent weeks made some small advances with help from Russian mercenaries, residents say. That has pushed Turkey, which has business interests in the country, to deploy soldiers to Libya to help the Tripoli government.