DONALD Trump has pressured Joe Biden to condemn Antifa and accused the Democrats of "holding the United States hostage" over their "radical left-wing agenda."

The president was asked on Wednesday whether he believes that Biden and his newly announced running mate Kamala Harris should publicly denounce the organization.

Click here for the latest news on Donald Trump 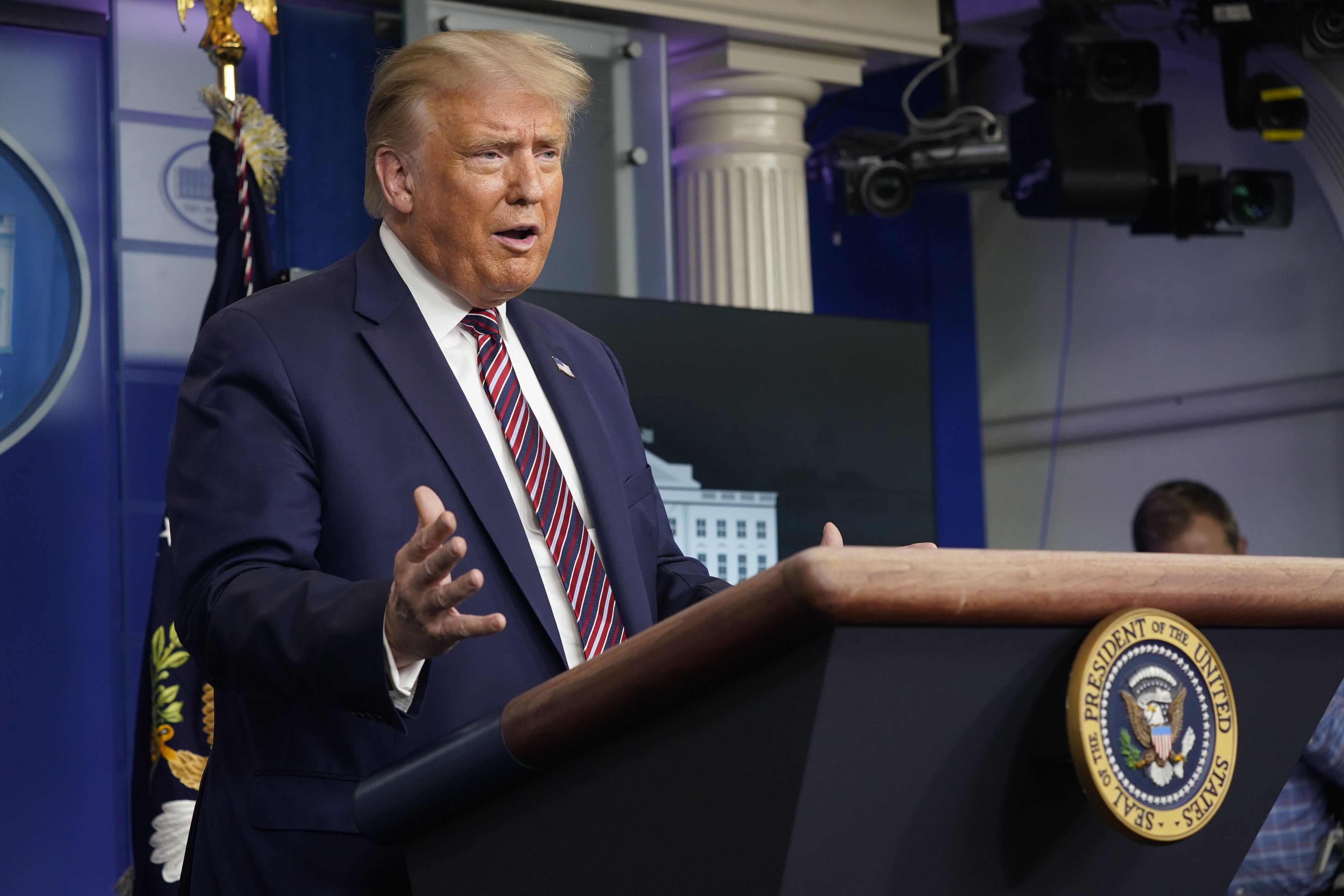 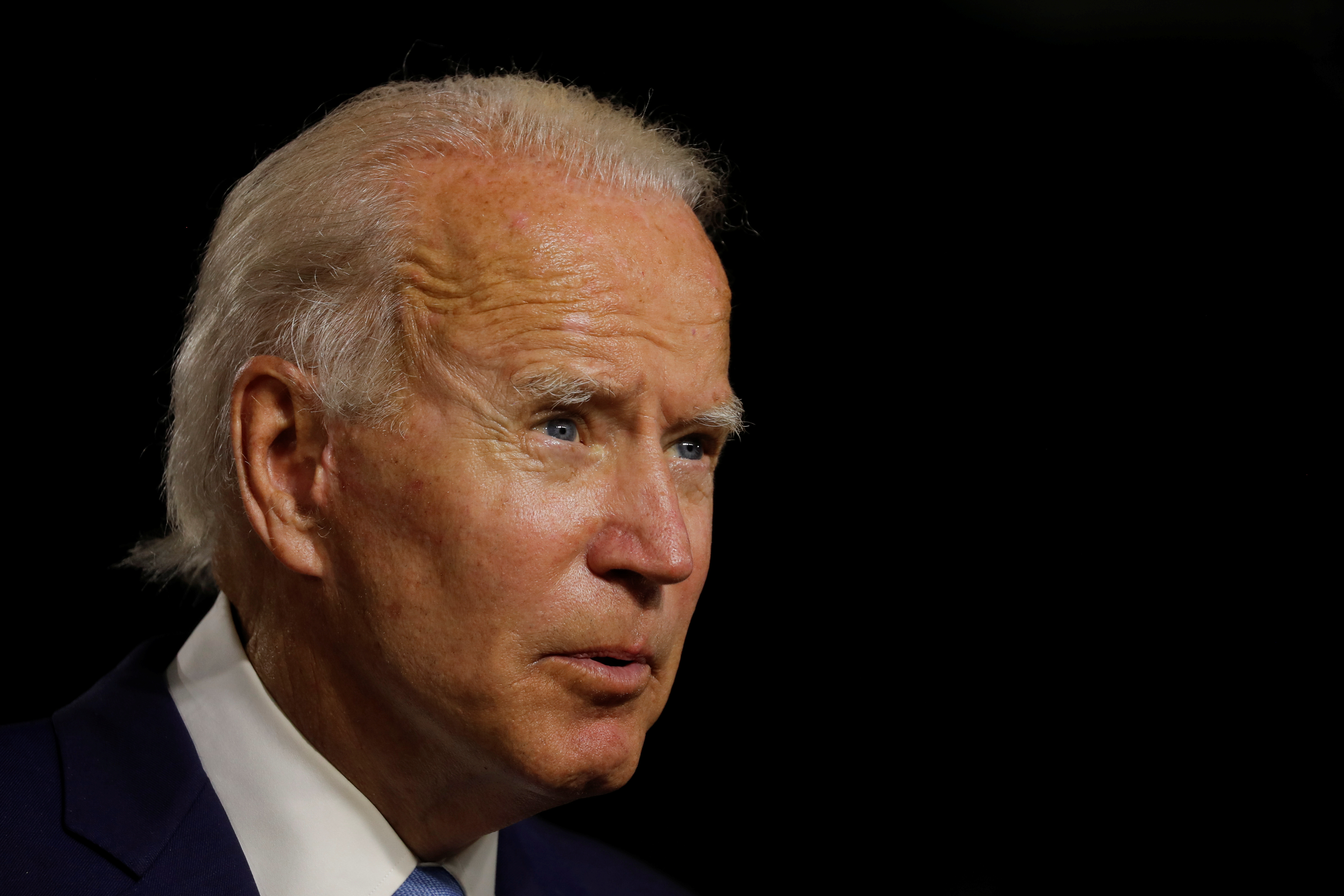 "They should, I think they're afraid to," Trump replied.

"In my book it's virtually a part of their campaign, Antifa, the Democrats act like, 'Gee, I don't know exactly what that is.'

Biden has yet to publicly condemn Antifa during his presidential campaign – despite the group's links to violent protests and vandalizing of monuments and federal property. 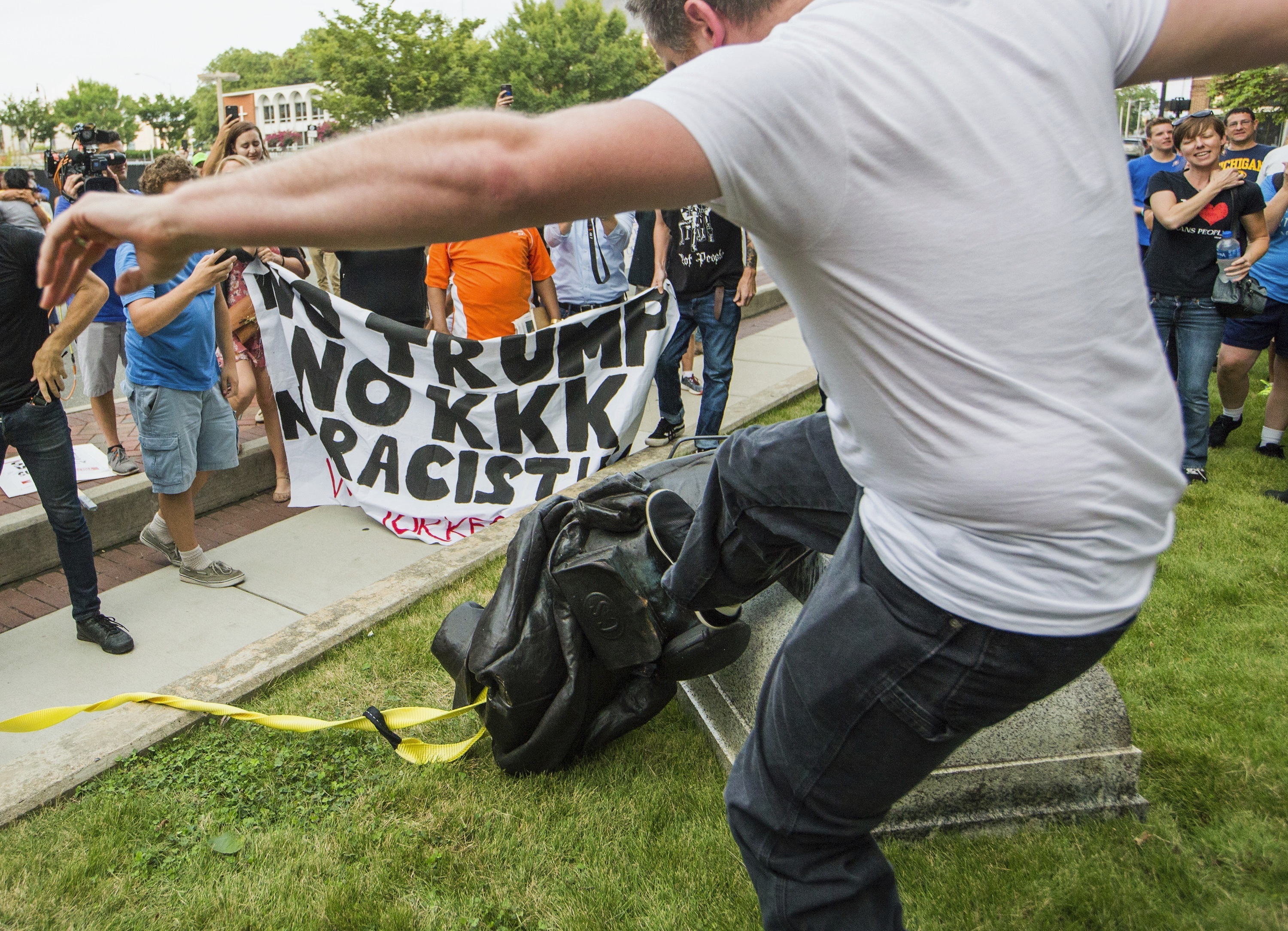 The president then continued to lash out at members of the Democratic party over their request for "$3.5billion for universal mail-in voting."

On Monday, Trump slammed the duo over a delayed coronavirus stimulus package.

"So now Schumer and Pelosi want to meet to make a deal. Amazing how it all works, isn’t it," Trump tweeted. 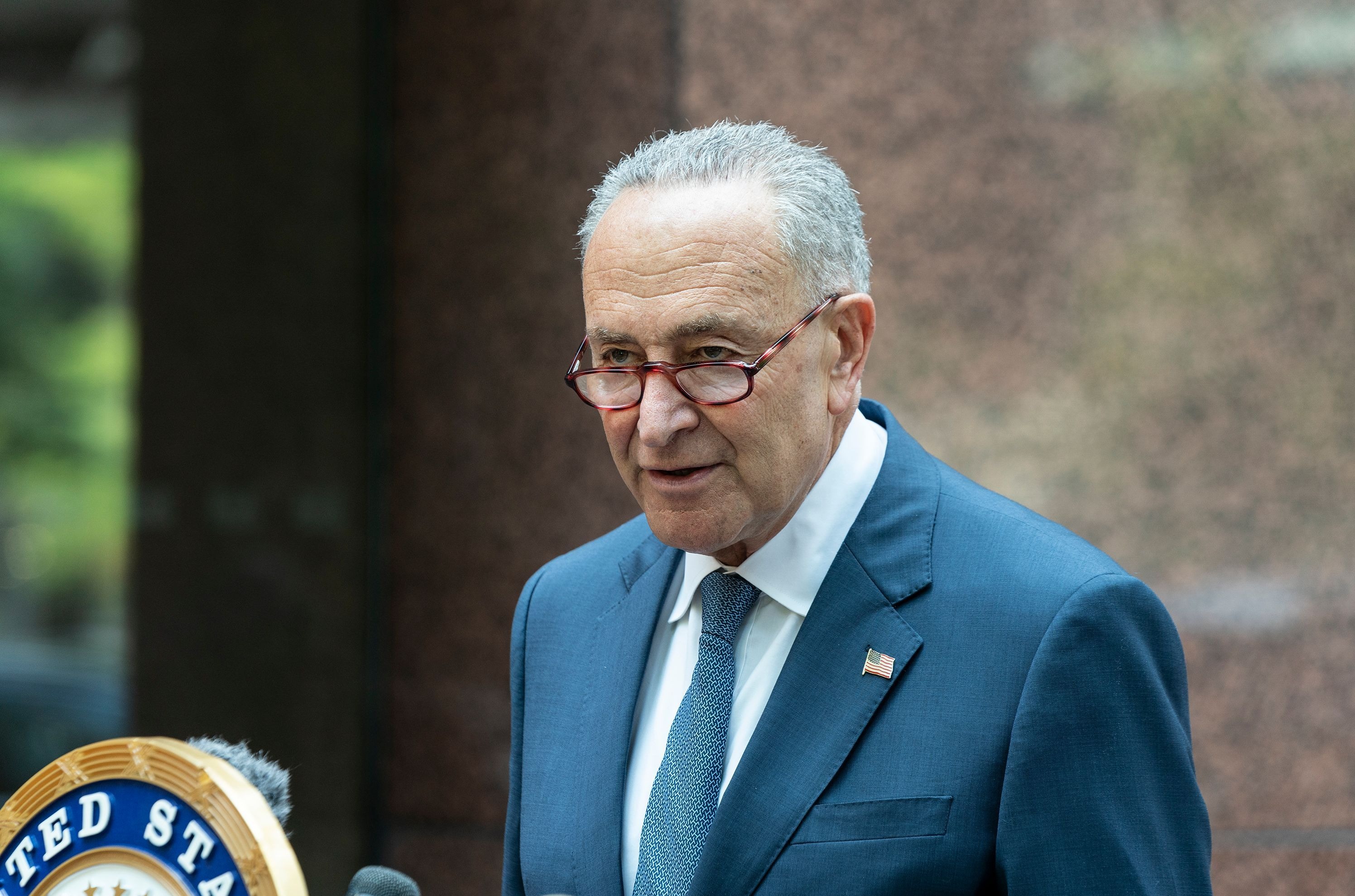 "Where have they been for the last 4 weeks when they were “hardliners”, and only wanted BAILOUT MONEY for Democrat run states and cities that are failing badly? They know my phone number!"

"No, we didn't call him, he makes these things up," he added. 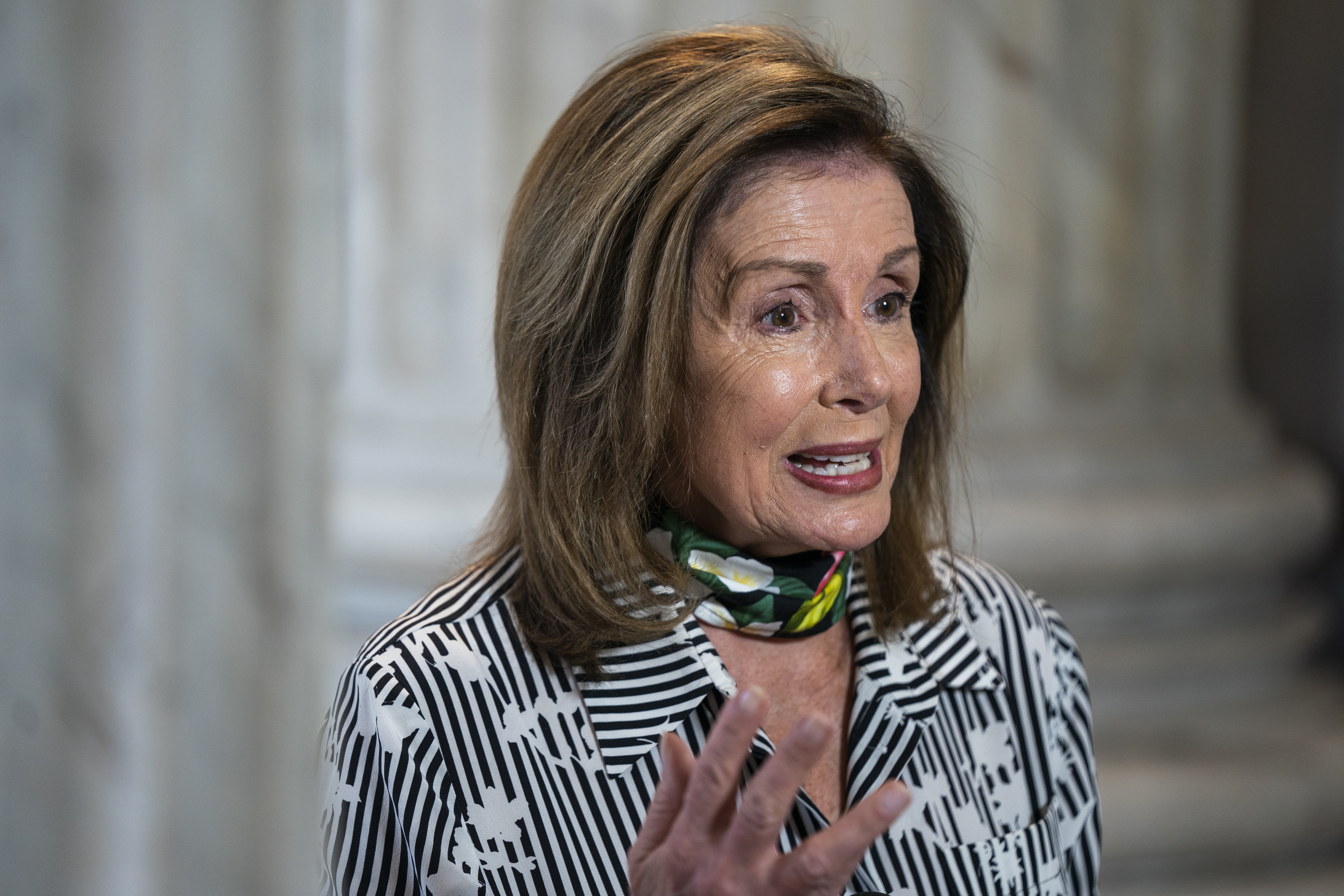 Americans may not see the next wave of checks until September at earliest if Congress cannot come to an agreement by Friday.

Earlier this week, Treasury Secretary Steve Mnuchin said, "If we can get a fair deal, we’re willing to do it this week," when asked about a stimulus plan during an interview with CNBC.

Lawmakers appear to still be deadlocked after more than two weeks of negotiations, even as a union representative for the IRS said the agency is in "a better position" to send stimulus checks in August than it was in April.

Chad Hooper, national president of the Professional Managers Association, which counts IRS managers among its members, told CNBC on Tuesday that the Friday deadline is key to getting checks out this month.

“The infrastructure is already in place to administer such a payment,” he told the outlet.

Both parties are on board of sending eligible Americans another $1,200 check, the rest of their stimulus plans dilemma has to do with unemployment benefits.