Spurs fan Ella Markham, 16, who was trolled over her Down’s Syndrome got a big hug from hero Harry Kane and danced with Tottenham legend Ossie Ardiles at club bash

This is the moment trolled Tottenham fan Ella Markham met her hero Harry Kane once again just weeks after bullies mocked her for having Down’s Syndrome.

The 16-year-old from Banbury in Oxfordshire was spotted hugging the star after he was revealed as a surprise guest at a charity gala.

The striker greeted Ella and along with another supporter, Marshall Janson, who lost all four limbs to meningitis. 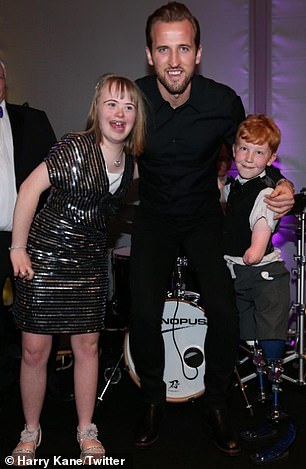 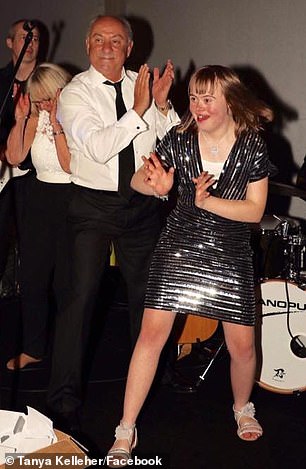 Harry Kane (pictured, left, with Ella and Marshall) met with the teenager at a charity gala, where she danced with Ossie Ardiles (right) just weeks after trolls mocked a video of her dancing at a match

Ella danced with Spurs legend Ossie Ardiles after social media users mocked her disability when her father shared a video of her dancing online last month.

The party – which marked 35 years since Tottenham won the UEFA cup – raised money for the Centre Algarve charity for young people with special needs. 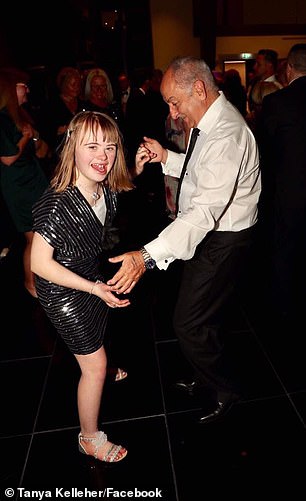 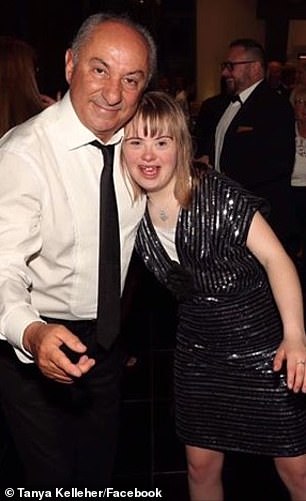 Injured Kane – who is hoping to be fit for Spurs’ Champions League final clash with Liverpool on June 1 – previously jumped to Ella’s defence over the cruel messages.

They came after her father, Neil, posted a video (below) of Ella dancing at the new Spurs stadium last month.

Kane invited Ella to be a mascot at his north London side’s Premier League finale against Everton in a touching clip.

He said in the video: ‘Hi Ella, I’ve seen the video of you dancing at the Spurs game. I just want to thank you for your amazing support. I loved it.

‘We’d love you to come down and be the mascot for the last game of the season against Everton. Hope to see you there. Keep dancing, keep doing what you are doing. Lots of love.’

And he hit back at the bullies by taking a heart-warming photograph with her and posting it online.

Other former players at the gala on Friday included Steve Perryman, Ricky Villa and Gary Mabbutt.

A club spokesman said: ‘Harry was also reunited with two young fans who have a special place in the hearts of Spurs fans everywhere – Marshall Janson and Ella Markham.’

Mr Markham, 43, found himself at the centre of a social media storm after West Ham became the first team to beat Spurs at their new stadium.

Disgusted by the bombardment his video received, he tweeted: ‘Say what you like about me, but not her.’ 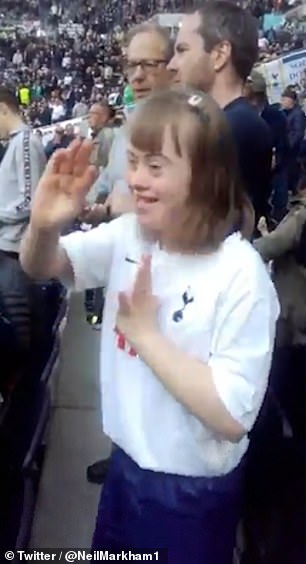 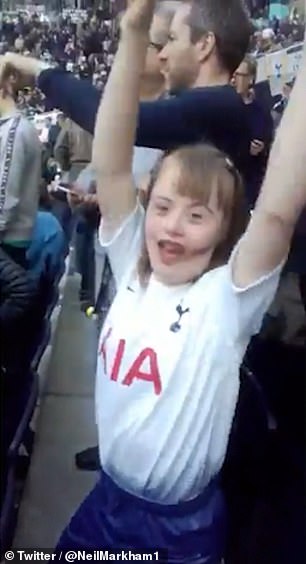 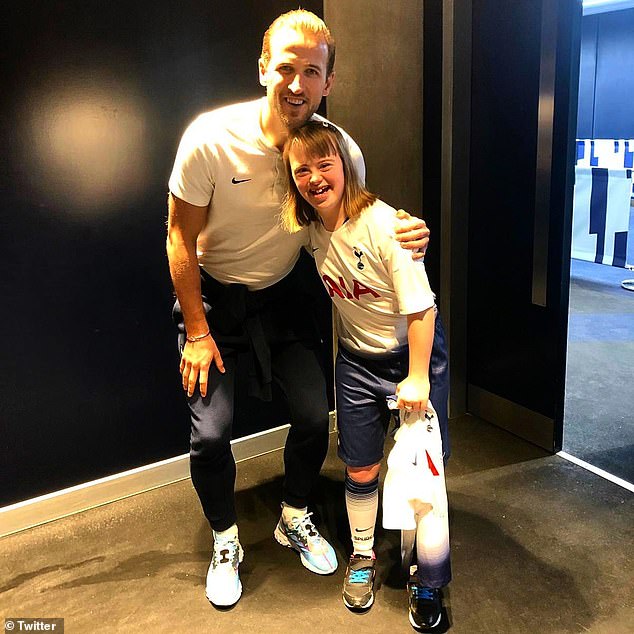 Harry Kane has shared a heart-warming photograph with the 16-year-old Tottenham Hotspur fan, Ella Markham, who was trolled on social media for her dancing

The father of three took on the trolls and even handed out his phone number to them so he could talk to them.

He revealed one person did call him but all they did was hurl more abuse his way – and called for the trolls to be banned from every football ground in the country.

Appearing on This Morning alongside her father, Ella revealed that Harry Kane is her hero.

She said that music and dancing were her passion and interrupted presenters Phillip Schofield and Holly Willoughby to say ‘I love my daddy’.