A gay primary school head, 42, who was wrongly sacked after he hooked up with two 17-year-old boys he met on Grindr has been awarded nearly £700,000 by a tribunal.

Mr Aplin, who was a teacher for 19 years, had been the head of Tywyn Primary School in Sandfields, West Glamorgan and made no secret of his sexuality.

But while police and local authority bosses decided no criminal offence had been committed, the school governors decided to sack him. 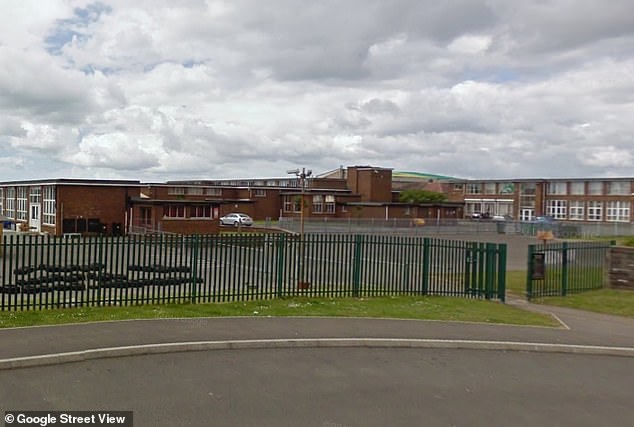 He argued that his relationship with the two 17-year-olds was lawful and part of his private life, and that the management of the case had been ‘biased and homophobic’.

He won but the decision was appealed by the school at the Employment Appeals Tribunal who upheld the original decision in March this year.

The tribunal has now ordered the Governing Body of Tywyn Primary School to pay the sacked headteacher more than £696,000, following a hearing in Cardiff last month.

The ruling stated that Mr Aplin was ‘dedicated to working in the education sector and someone who was not only ambitious but effectively so.’

However he was unable to return to work after being sacked, because all the appropriate jobs advertised were administered by the same Local Education Authority (LEA) that was overseeing his discrimination claim.

The tribunal therefore concluded that Mr Aplin had been unable to mitigate the loss he suffered as a result of his sacking, ruling that he ‘should be compensated for all losses to date less the sums earned and benefits received.’

The ruling added: ‘We came to the conclusion that given his existing experience he would be likely to return eventually to a headteacher role and that he would do so more quickly than he did previously because of his experience.

‘Doing the best that we can we view, that this would take up to ten years.

‘We do not consider that there is a significant prospect that the claimant would become unemployed although the current role is temporary that has been extended on a number of contracts.

‘This reflects how well the claimant is thought of and points to a continuation of employment or a very favourable reference at the least.

‘We concluded that he would progress through leadership roles to reach the position of headteacher.’

Despite forcing the school to pay nearly £700,000, the tribunal knocked at least 20 per cent off the bill – because Mr Aplin could have been fairly dismissed without any discrimination.

He had claimed the right to a private life under Article 8 of the European Convention on Human Rights.

‘It is necessary therefore to restrict the occasions when such sexual relationships arise so that confidence that headteachers will not exploit that authority can be maintained.

‘Therefore, we consider that it is possible to conclude that in the circumstances of this case the claimant could have been disciplined for his admitted conduct.

‘However, a fair process would require the respondent to consider whether the claimant was aware that the individuals were 17 years of age.

‘Further it would have to consider what the real risk of the issues becoming public were and therefore what the real potential for reputational damage was.’

When it first sat in September 2017, the tribunal heavily criticised the school’s investigating officer – who worked for Neath Port Talbot Council – for discriminating against Mr Aplin, on the basis that he was gay.

The officer was found to have approached the case on the basis that Mr Aplin could be a danger to children, and that he produced a report ‘laden with judgements and conclusions which were hostile to Mr Aplin’, rather than being objective and factual.

Lates News:
2019-11-15
Previous Post: Was the Queen’s ‘affair’ with Lord Porchester in The Crown real and who was ‘Porchie’? – The Sun
Next Post: Trump draws backlash from GOP, Democrats over Yovanovitch tweet