This is the shocking moment a bride falls to the ground on her wedding day and brawls with a guest while still wearing her wedding dress.

In footage captured on the day of the wedding, the newlywed is seen rolling around on the floor, entangled with a male guest, allegedly on the grounds outside Penlan Rugby Club in Swansea.

The bride grabs the man and drags him down to keep him on the floor and tries to use her body weight to pin him to the ground. 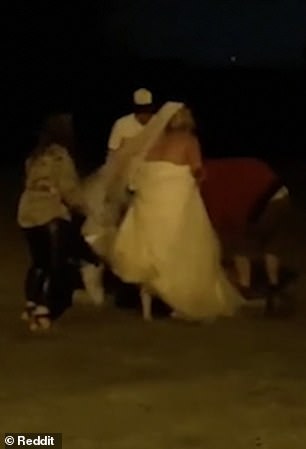 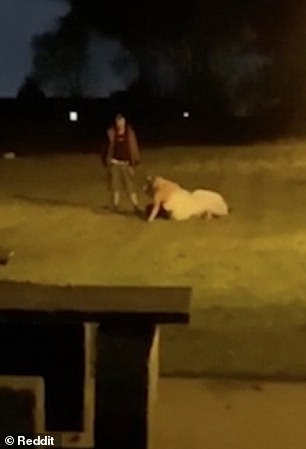 A bride, still wearing her dress and veil,  brawls with guests on her wedding day before dragging a man onto the floor to continue the dispute. The incident is alleged to have taken place outside Penlan Rugby Club in Swansea

A couple of wedding guests try to intervene but are unable to pull the bride off, while other by-standers are heard asking if the police have been called.

The person filming the video also captures the sight of a woman, dressed in white, lying on the floor passed out.

At the end of the video the bride is seen standing back up, with her veil still on her head, and storming away.

She is followed closely by a group of wedding guests. 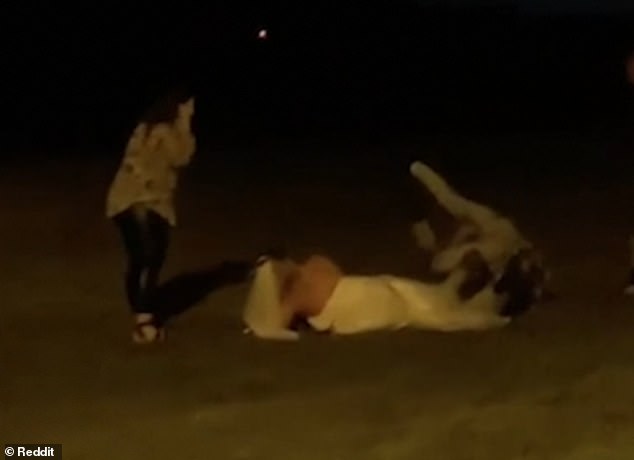 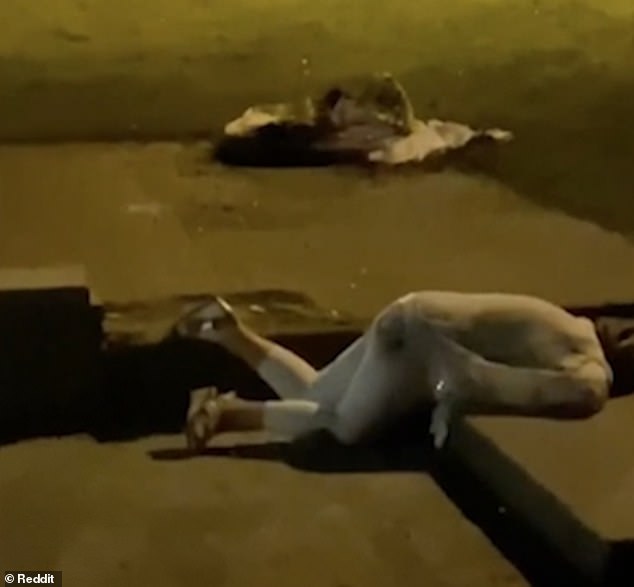 One wedding guest, believed to be a friend of the bride, is seen passed out on the floor after drinking

Get in touch by e-mailing [email protected]

The video was originally shared on Reddit yesterday with the caption: ‘Nothing like a good old punch up to end your wedding day,’ and was swiftly re-posted by another account which said: ‘Yes, that’s the bride brawling in the meadow.’

Underneath the video, the original poster confirmed that the unconscious woman was a friend of the bride and had passed out after getting drunk.

The poster said: ‘Apparently she just fell, she was not attacked.’

People were less than impressed by the actions of the bride in the video and left comments branding the behavior as ‘trashy’.

One comment described the scene as: ‘Don’t Tell the Bride gone wrong.’

While another person commented: ‘If this is what a wedding is like, imagine a divorce…’ 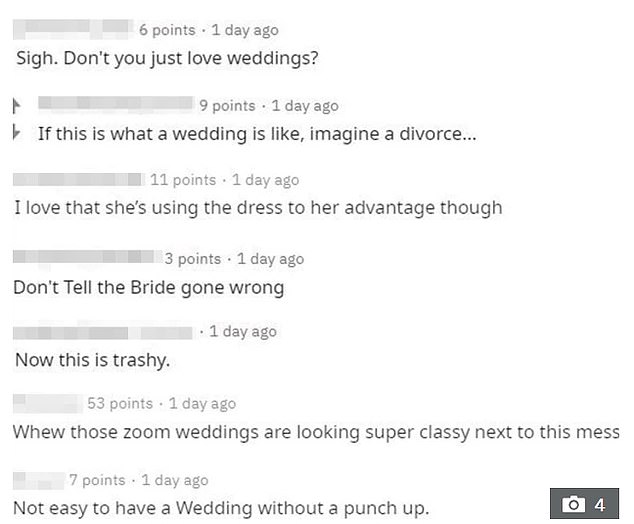