Three-bedroom bungalow with a BEACH at goes up for sale for £750,000

Dunes with a view: Three-bedroom bungalow with a BEACH at bottom of the garden goes up for sale for £750,000

A seaside bungalow barely a stone’s throw away from a quiet shingle beach commanding pristine views over the English Channel as far as France has hit the market for £750,000.

Idyllic Castle Cottage in Walmer, Kent, was built in 1883 for a shoemaker and his family and is believed to have been the first property to appear on the beach – which is little-known among tourists.

It is fitted out for simplistic living, with three bedrooms, a bathroom a kitchen and a living room with three large windows allowing the sunlight to stream in. The home also has an outhouse for a studio and garage – and a freshly-sprouted vegetable patch.

The owners say their corner of heaven is great for spotting wildlife – having seen seals and porpoises bobbing just off the shoreline. 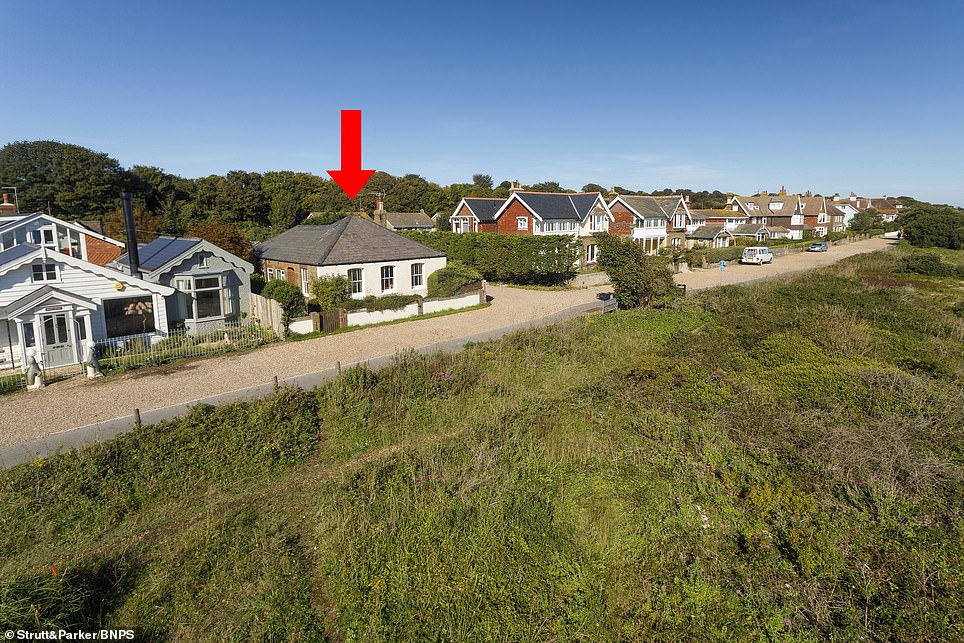 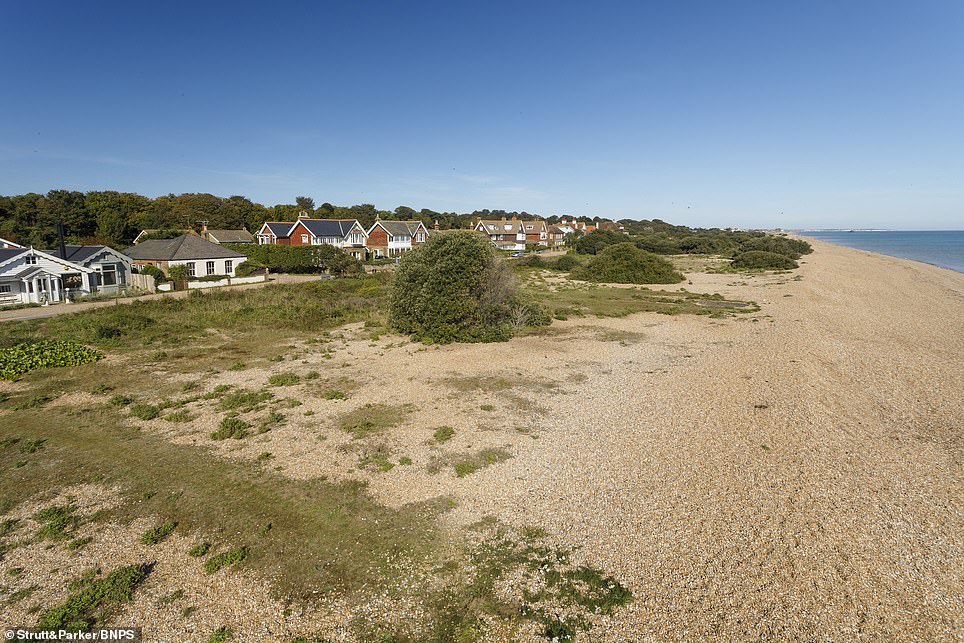 The idyllic Castle Cottage in Walmer, Kent, (shown by the red arrow), has gone on the market for £750,000. It commands easy access to a beach with views over the English Channel as far as France 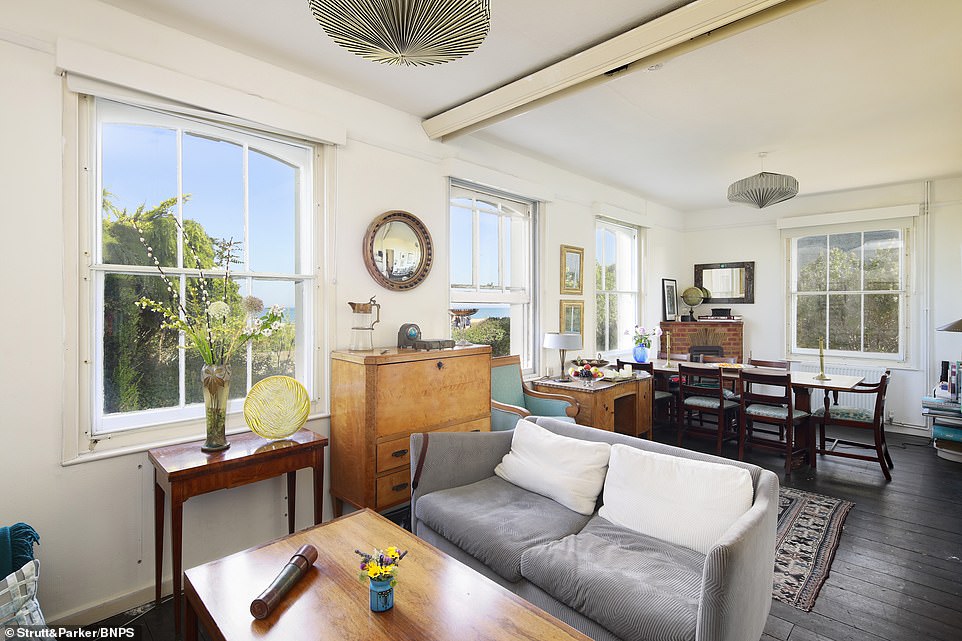 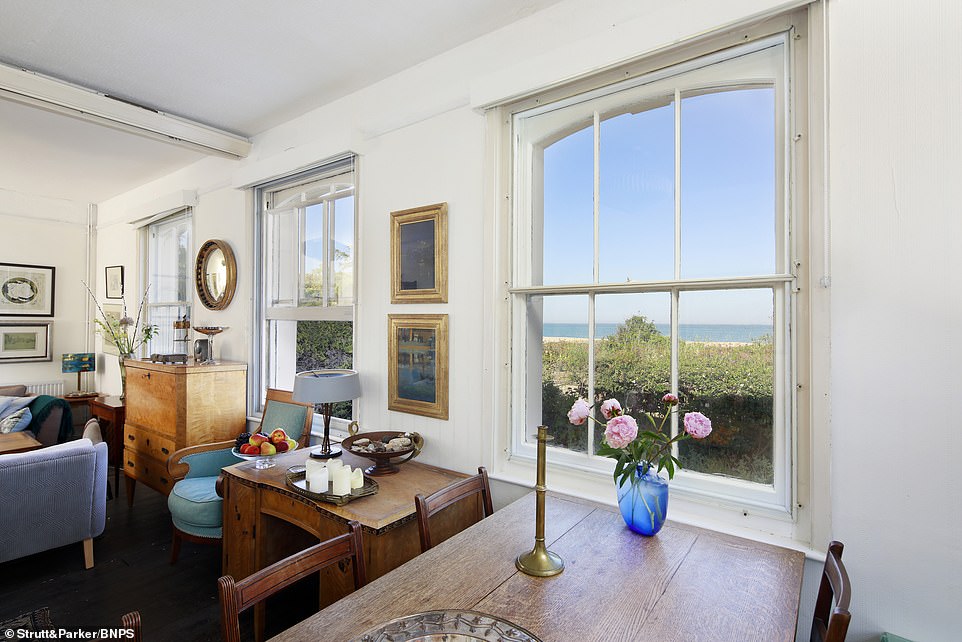 The room also doubles-up as a dining room with views of the sea. The owners say that sometimes they have seen seals and porpoise bobbing in the water just offshore 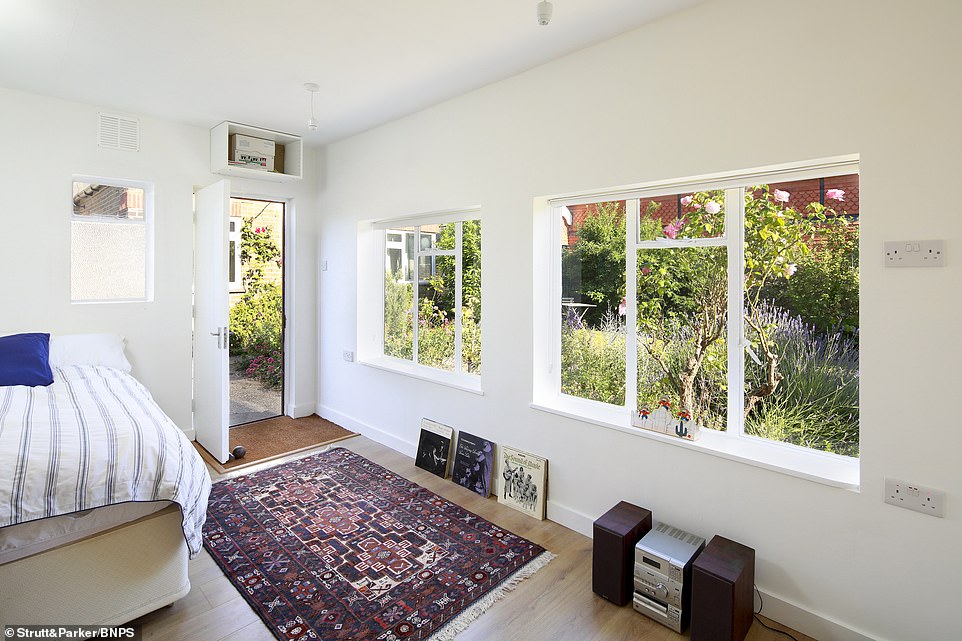 It also has three stunning bedrooms and a studio. Above is one of the bedrooms which has access to the garden 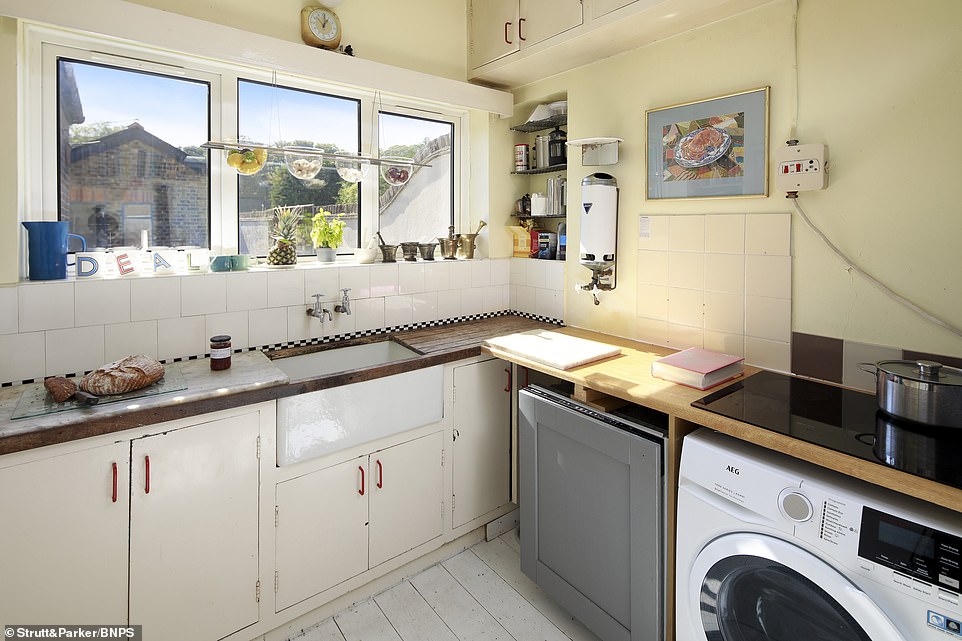 The home is for a simpler pace of life. Above is the property’s kitchen. Outside it also has a vegetable patch 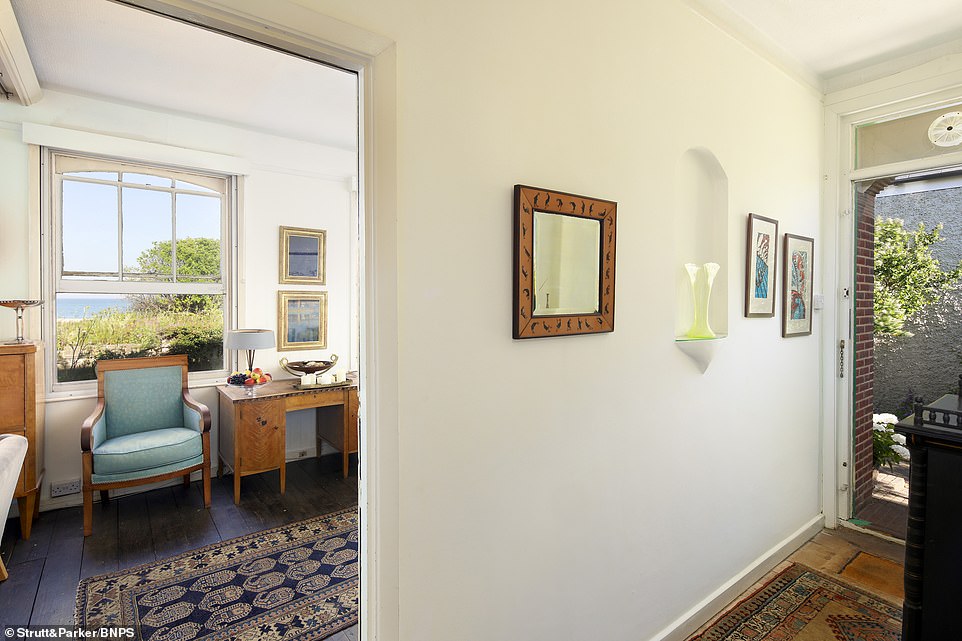 The landing space of the house. There have already been 21 viewings of the little corner of heaven so far this week

Joe Charlton, from estate agents Strutt & Parker that the home is listed with, said: ‘The main selling points are definitely the sea views and that direct beach access.

‘It’s quite a quiet beach there, it is only really used by locals, while all the main beaches are packed.

‘It’s just so nice that you have got the beach right there – it’s quite rare in Kent to get that direct access without a main road in front of you.

‘We’ve had 21 viewings in a week and a half so it’s been very popular and most of the people have been from London looking for a second home.

‘It’s perfect for that because you could keep it as it is or extend a little bit or you could knock it down and build a new house or build a second house at the back of the plot – there’s lots of options.

‘The house is a Victorian cottage and has got some lovely art deco features. There is a thought that it might have been one of the first houses built on Wellington Parade.’ 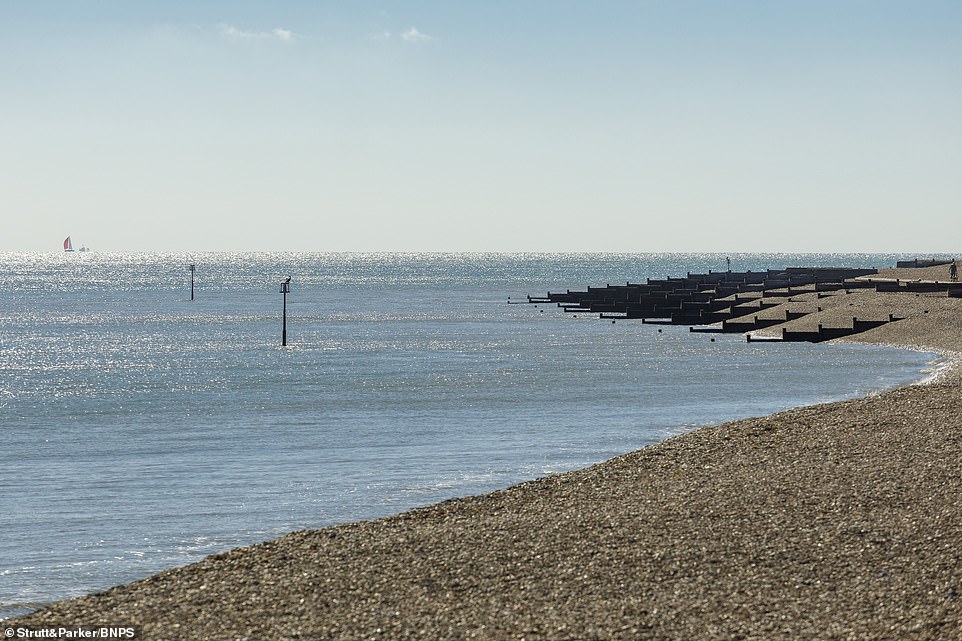 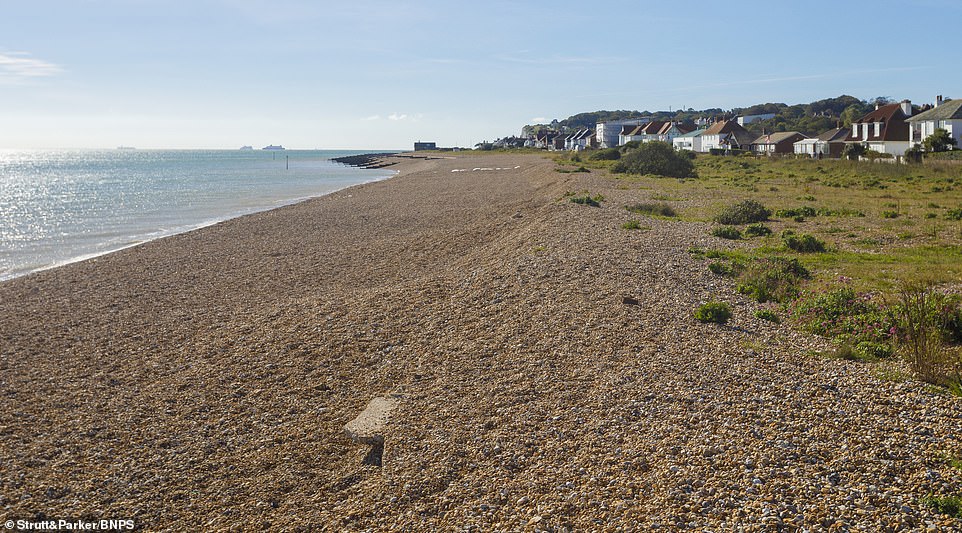 Above is the quiet beach with the houses. The Victorian cottage is thought to have been one of the first built at the site 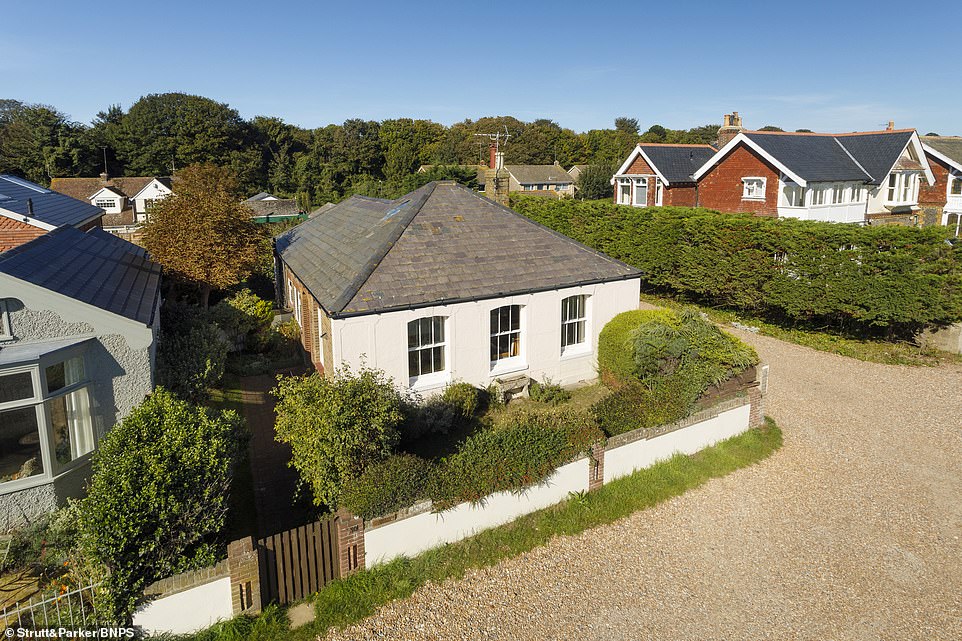 Above is three-bedroom Castle Cottage in Walmer, Kent. It is a detached property with a walled garden 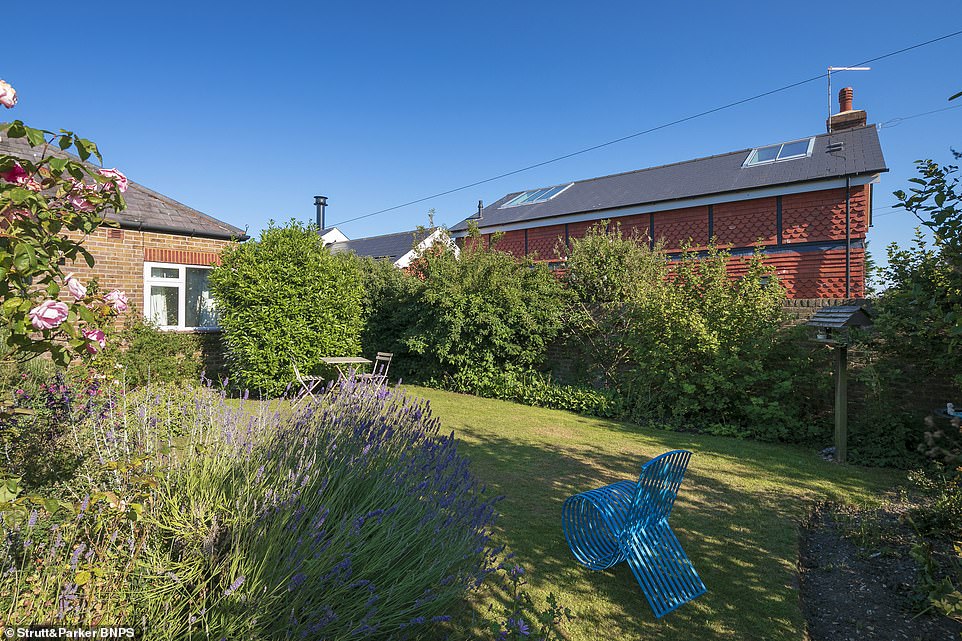 Pictured is the garden at the back of the property, complete with a feeder that is a regular stop-off for migratory birds 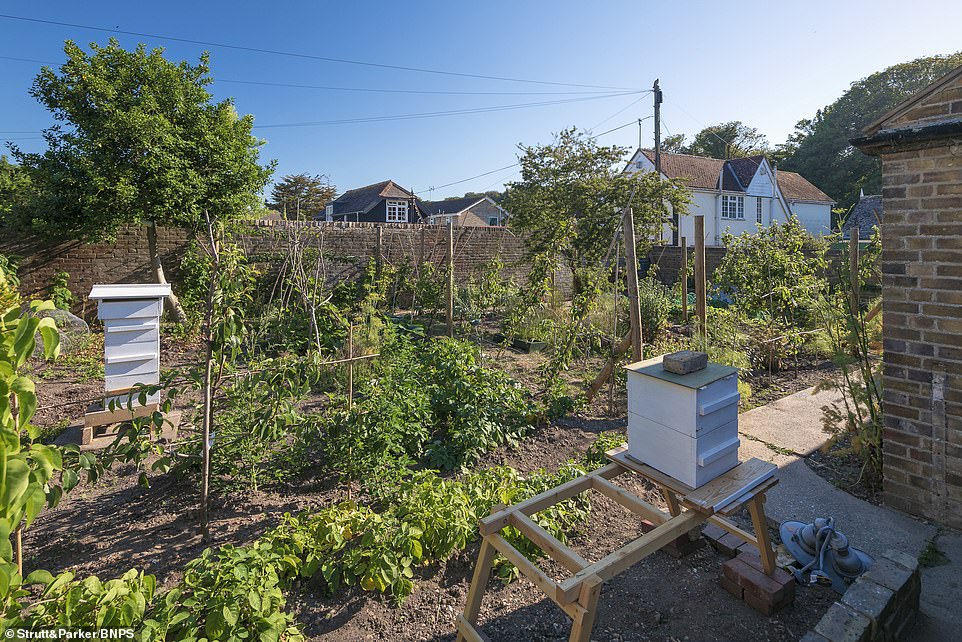 Pictured above is the freshly-sprouted vegetable patch boasted by the property, great for green-fingered owners 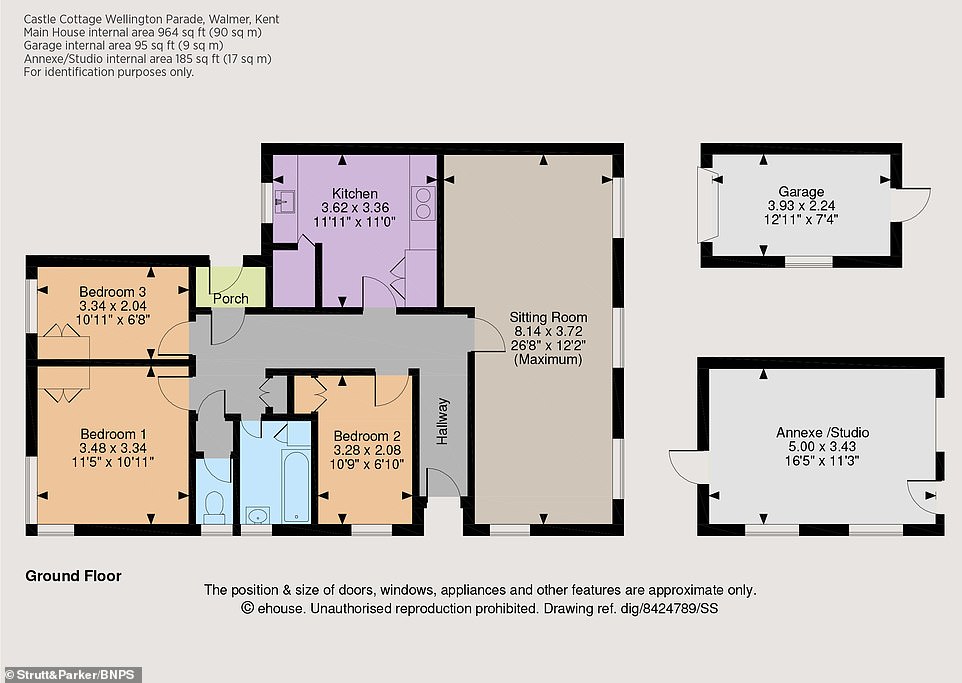 This is a floor plan of the property. It boasts seven rooms as well as a garage and an outhouse

Lates News:
2020-07-16
Previous Post: 10 Top UBS Stock Picks for If Trump Wins the Election in November
Next Post: J.M. Smucker To Use Blockchain For Traceability Of 1850 Coffee Brand