Thousand anti-vax protesters take to the streets of Paris 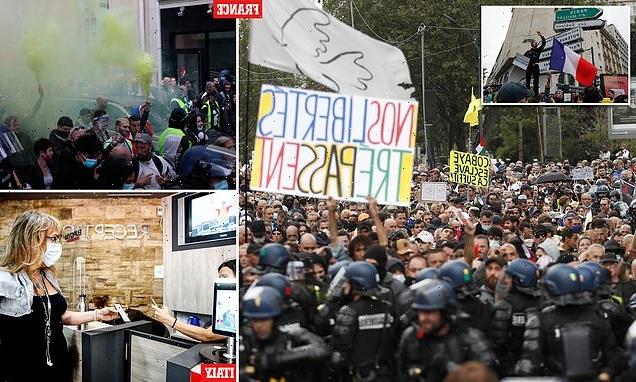 Protesters took to the streets across France on Saturday for the fourth weekend in a row to rally against a new health pass needed to enter a cafe or travel on an inter-city train, two days before the new rules come into force.

The new rules championed by President Emmanuel Macron make it obligatory to have either a full course of vaccination against Covid-19, be in possession of a negative test or be recently recovered from the virus to enjoy usually routine activities.

Macron, who faces re-election next year, hopes the new rules will encourage all French to be vaccinated against Covid-19 and defeat the virus and its fast-spreading Delta variant. 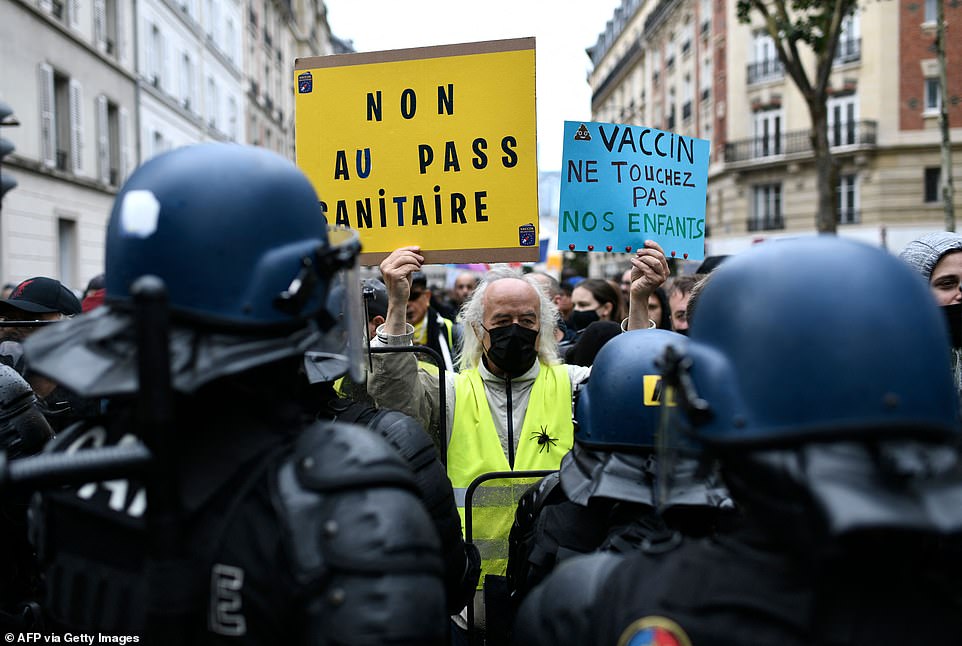 Thousands of Covid sceptic anti vaccine protesters took to the streets of Paris, holding signs reading ‘No to the health pass’ and ‘Vaccine – keep away from our children’ 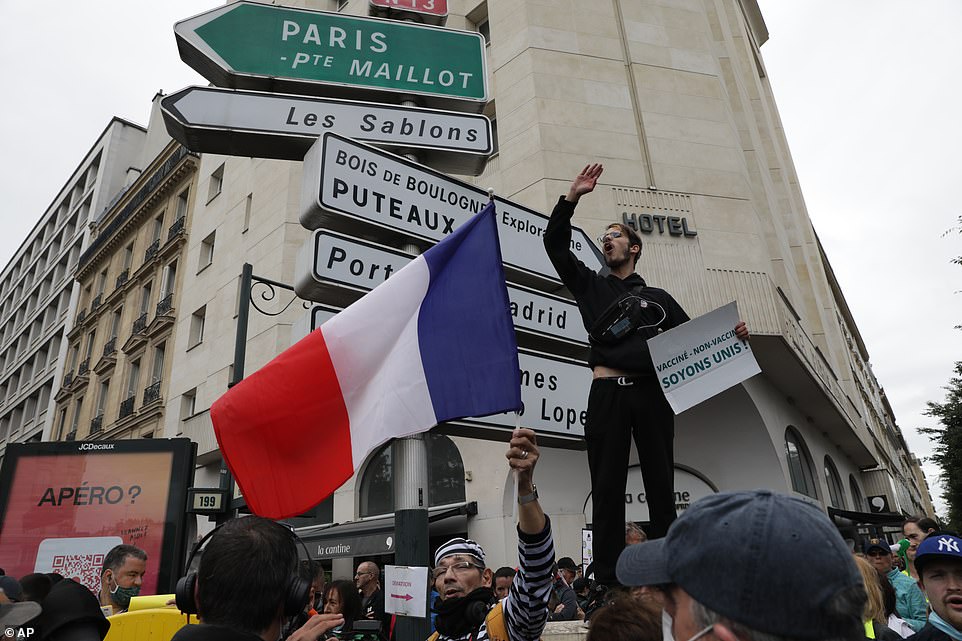 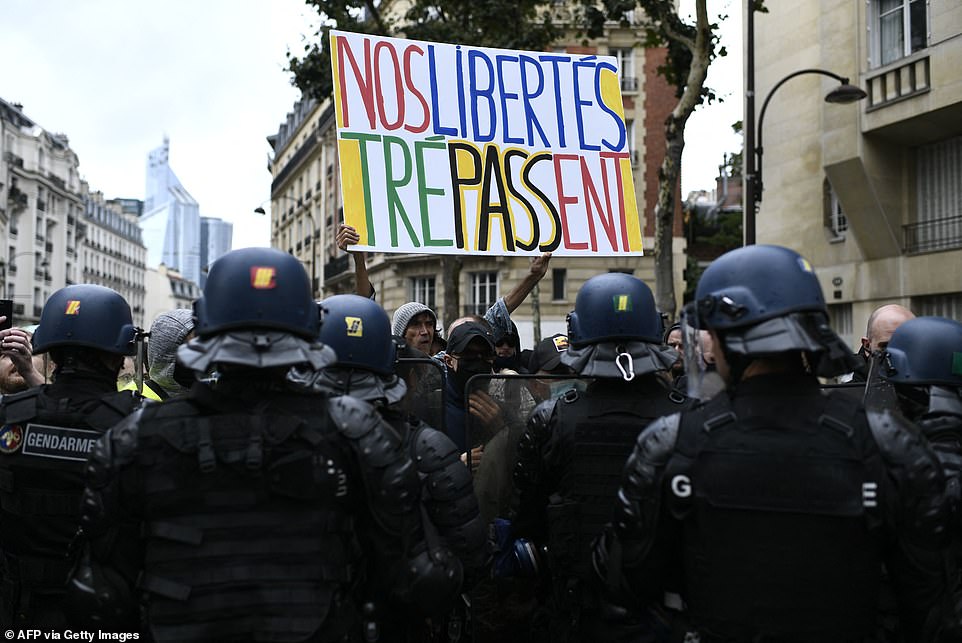 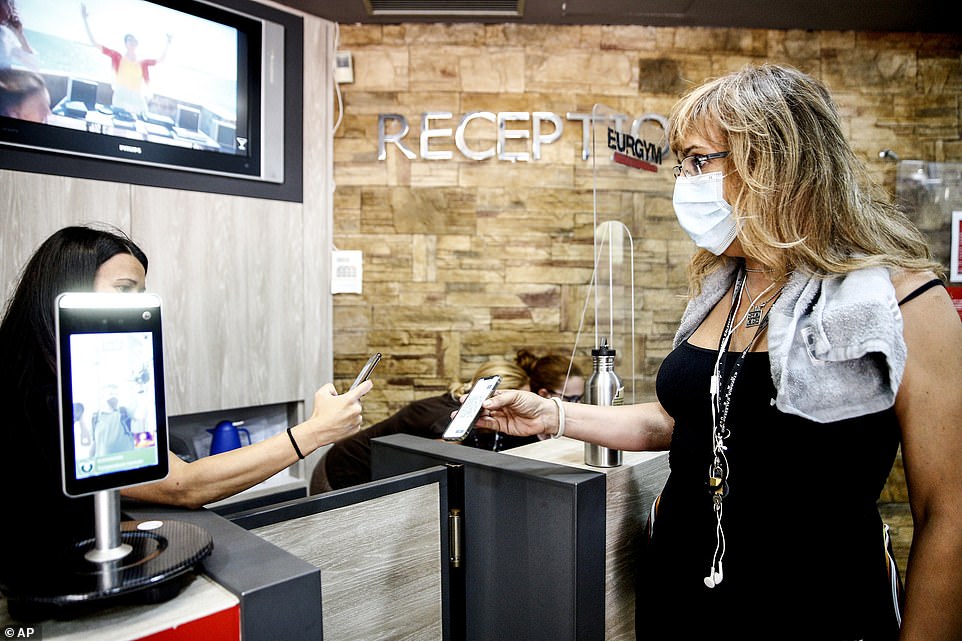 In Italy, people have accepted the need to use Covid-19 passports to access restaurants, bars, gyms and theatres 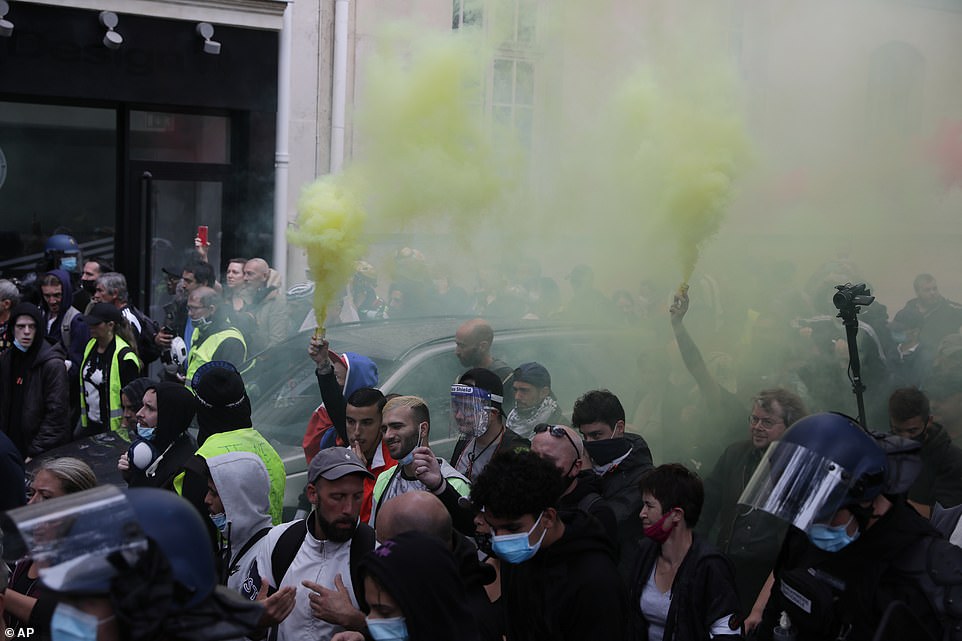 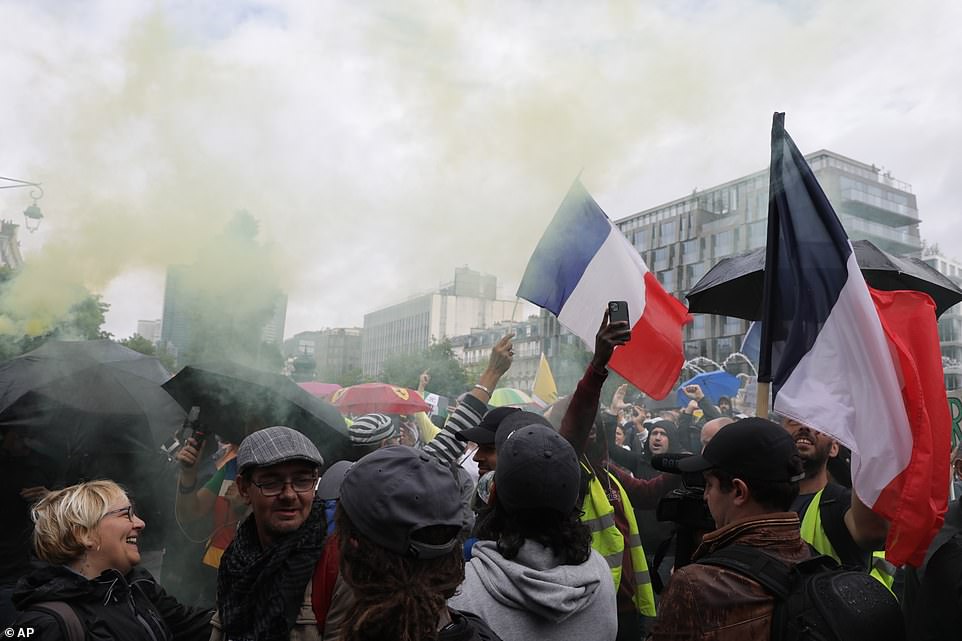 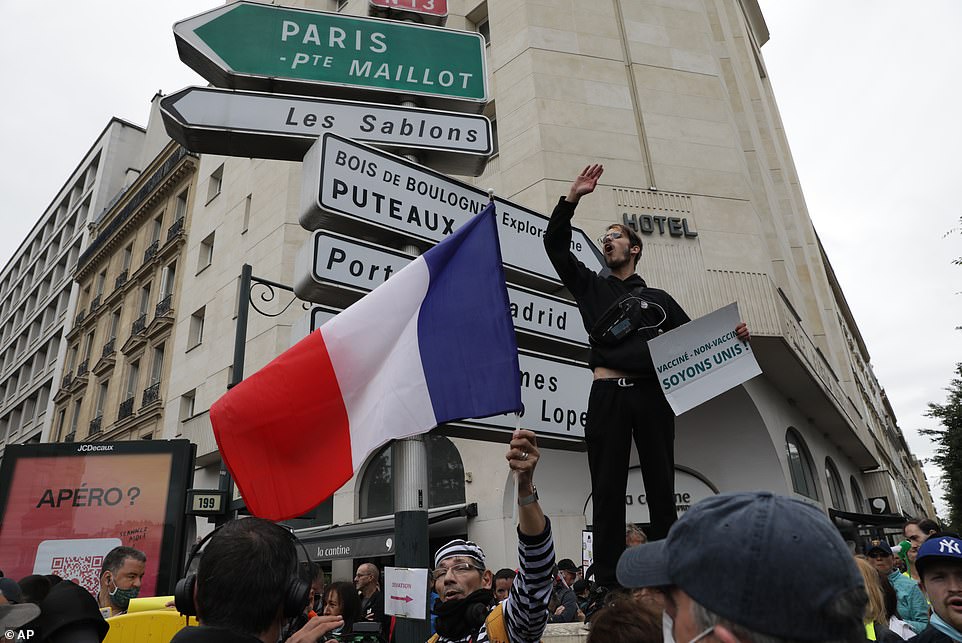 This comes as Italy prepares to introduce it’s own ‘green pass system, where those who have at least one vaccine dose or have recovered from Covid-19 or who have tested negative within the past 48 hours will be allowed to access gyms and restaurants.

The system, which will start on Friday, will be mandatory for everyone over the age of 12.

However, measures to help stop the spread of Covid-19 have been controversial in France, with opponents, who have turned out en masse in the streets , arguing that the rules encroach on civil liberties in a country where individual freedom is prized.

From Monday, the health pass will be needed to eat in a restaurant or enjoy a drink in a cafe both indoors and on a terrace. It will be obligatory on inter-city transport including high-speed trains and domestic flights although will not be needed on metro systems and suburban transport.

The pass has already been required since July 21 to visit cultural venues such as cinemas, theatres and museums. Its extension was approved by France’s Constitutional Council on Thursday.

In one of several protests planned in Paris alone, hundreds began gathering at Pont de Neuilly metro station on the outskirts for a march to the centre, chanting ‘freedom!’ and ‘no to the health pass’.

Wearing a mask, Alexandre Fourez, 34, said he was protesting for the first time and that he had himself recovered from Covid. ‘The problem with the health pass is that our hand is being forced,’ said the marketing employee, adding he ‘really has difficulty believing its use will be temporary’.

Other protests were planned later in the afternoon across the country including Lille in the northeast and Toulon on the Mediterranean coast.

The interior ministry said over 200,000 people turned out last weekend and more than 160,000 the weekend before for the protests. Police do not expect the numbers to decrease this weekend.

Although many of the protesters are among those refusing to be vaccinated, some have taken the jabs but object to the principle of the health pass. 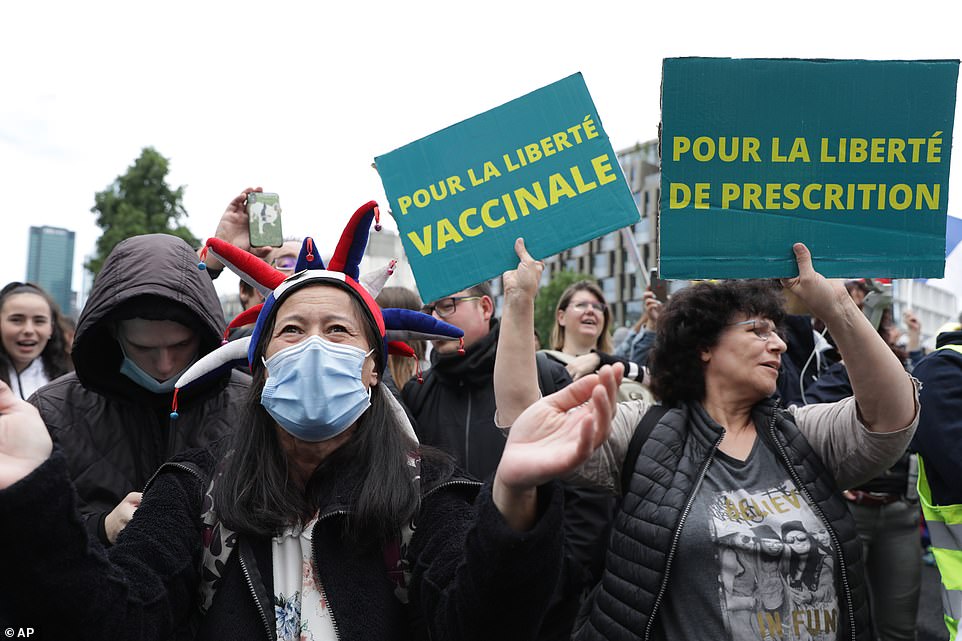 Government spokesman Gabriel Attal said that the pass, which under current rules will be required until November 15, was needed to avoid further restrictions as the country fights the fourth wave of the Covid-19 epidemic.

‘It is an additional constraint but a constraint that will allow places to stay open,’ he said, while emphasising that there would be a one week ‘grace period’ for consumers and businesses to get used to the new rules.

Macron, who is still at his holiday residence in the south of France, has in recent days repeatedly taken to the social media platform Tik Tok, popular among young people, to get his message across.

The Le Monde daily said Macron’s decision to show no patience with the protesters had its risks, even for a leader who appears to thrive in confrontation with the street as during the 2018-2019 ‘yellow vest’ protests.

‘It is a perilous strategy. Playing with the street is to play with fire,’ it said.