FOR thousands of British teens stuck at home for months, A-Level results day has been the chilli on top of an already spicy stew.

Through no fault of their own, these youngsters have been away from the classroom – and their pals – since March at a crucial time in their education. 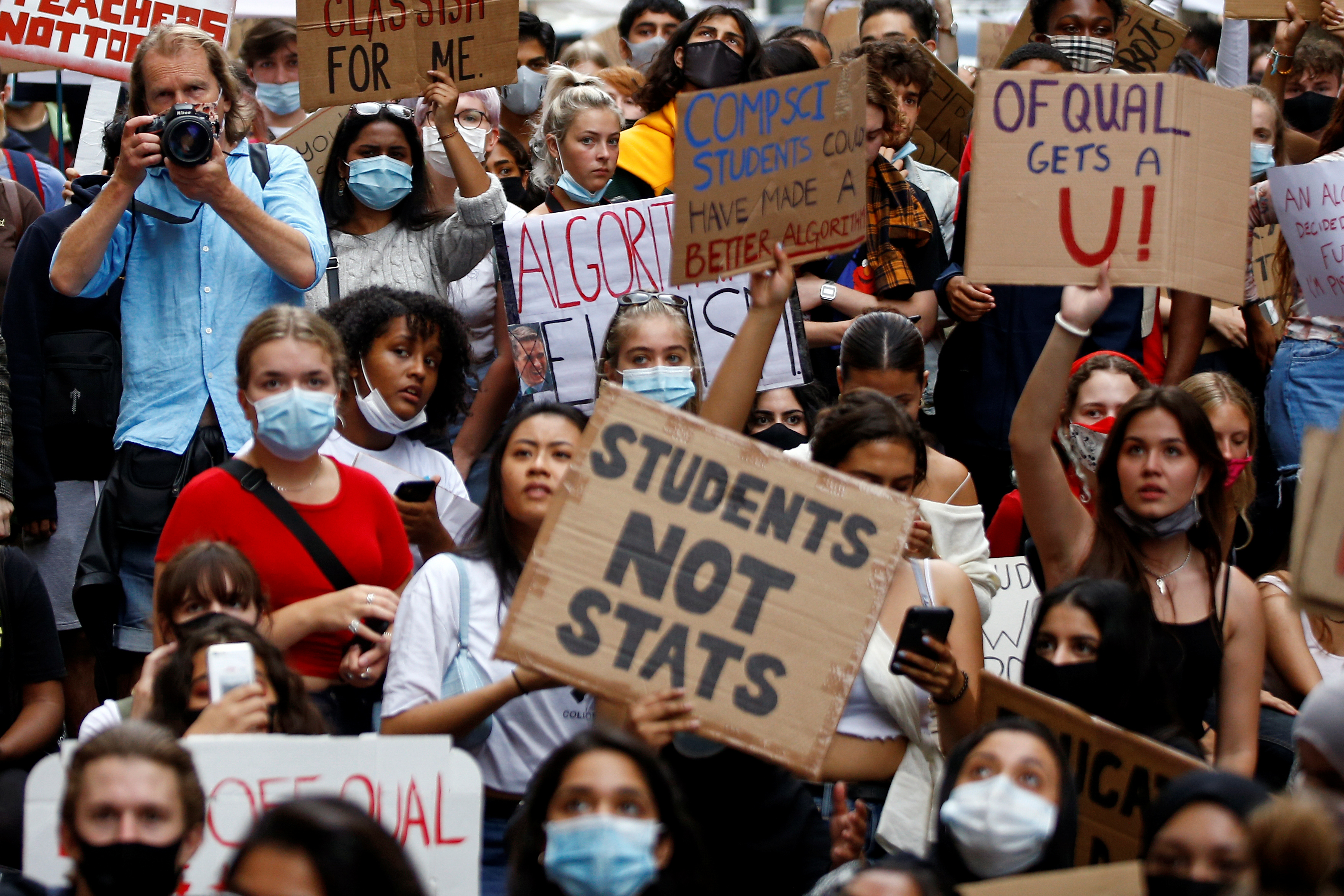 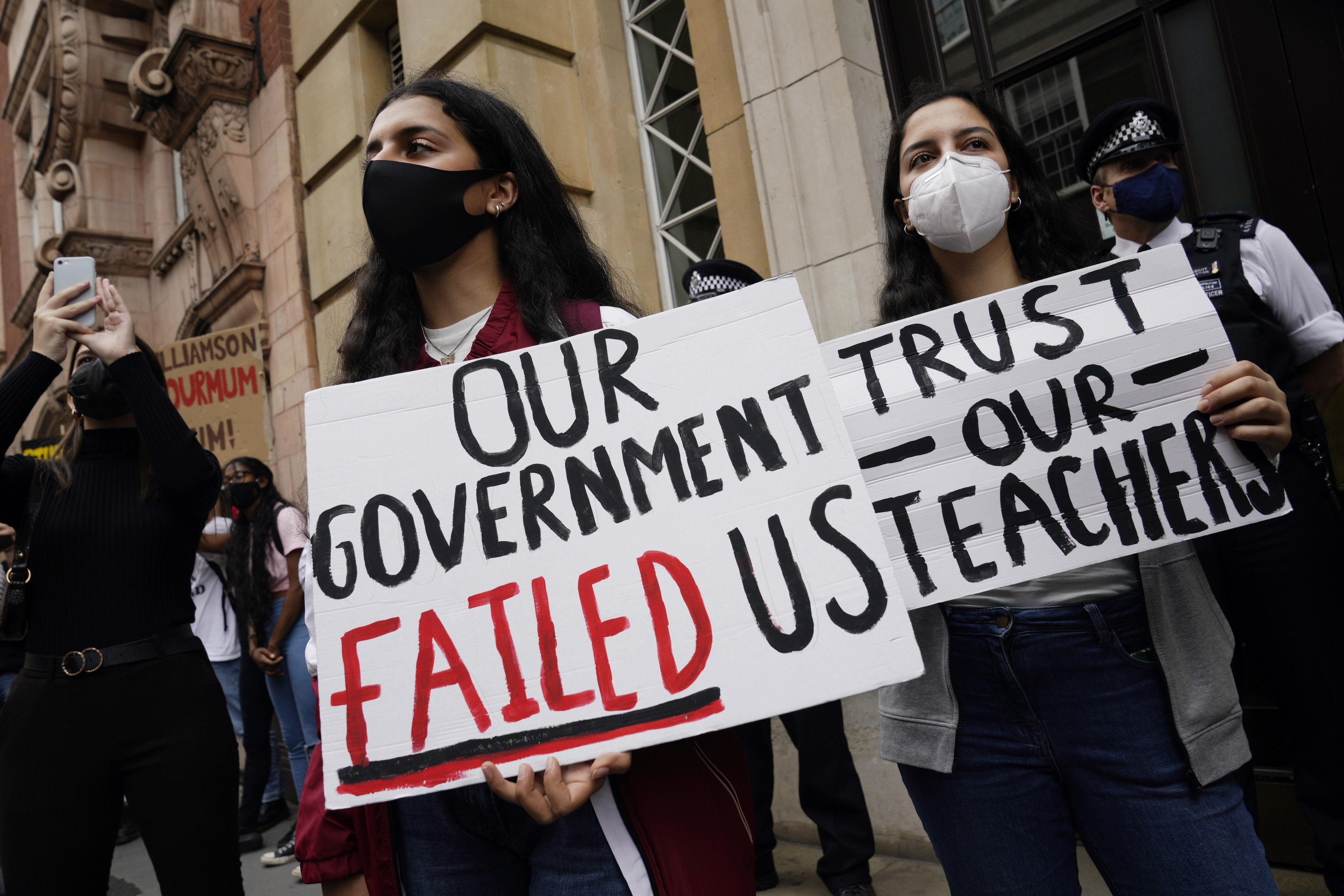 Many have struggled with their mental health, while others have been trapped in abusive homes or become carers for their parents and siblings.

For them, results day, on August 13, should have been a moment of joy: something to make them smile at an unprecedented time of crisis.

Yet instead, it's been a national disaster.

More than 20,000 hard-working students – many, from working-class backgrounds – have seen their results knocked down by at least two grades.

Nearly 40 per cent of grades have been adjusted down by at least one.

And hundreds have been dropped by THREE grades.

Why? Because the exam regulator Ofqual invented a grading model that is worse than going around Britain's famous Hampton Court Maze. 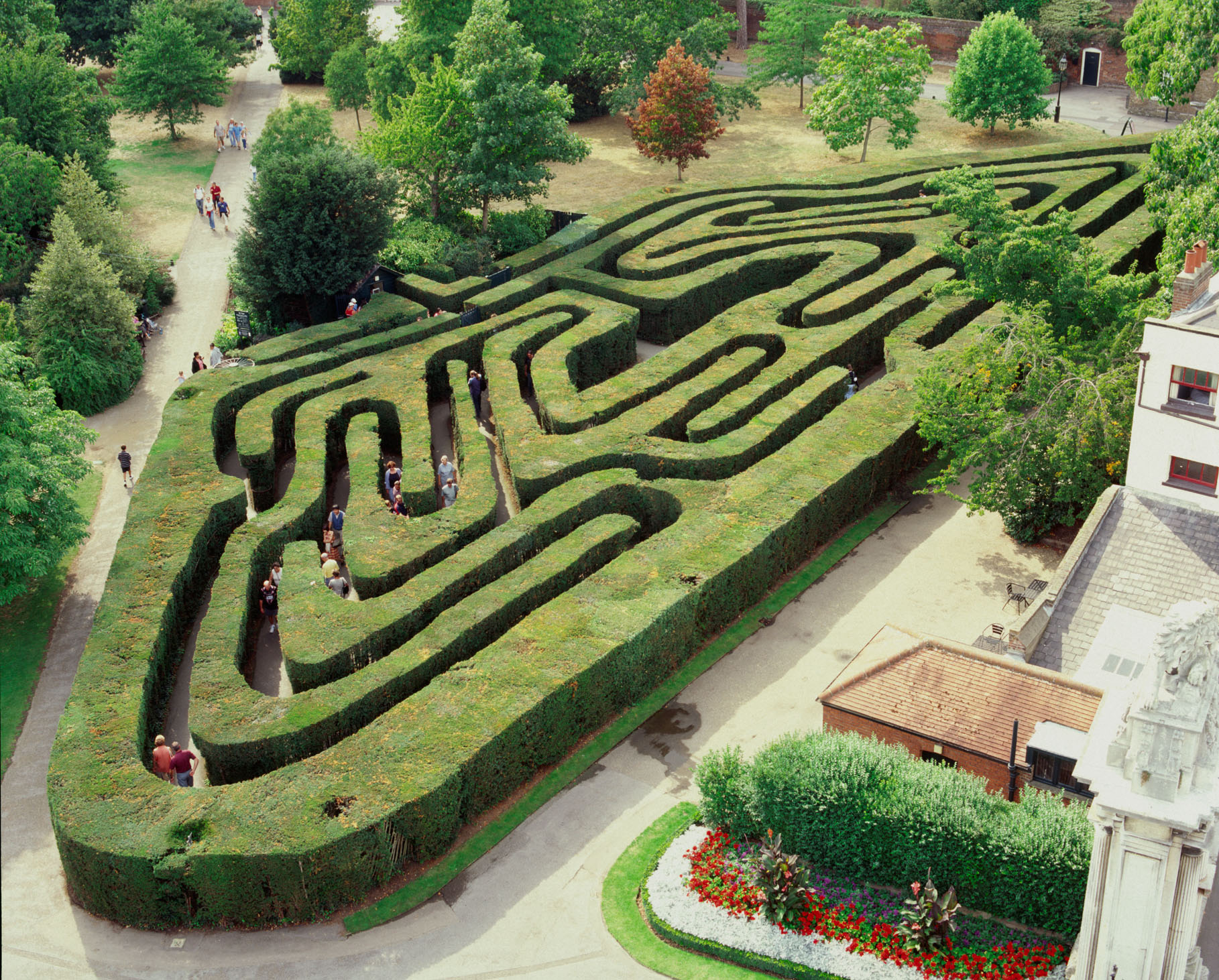 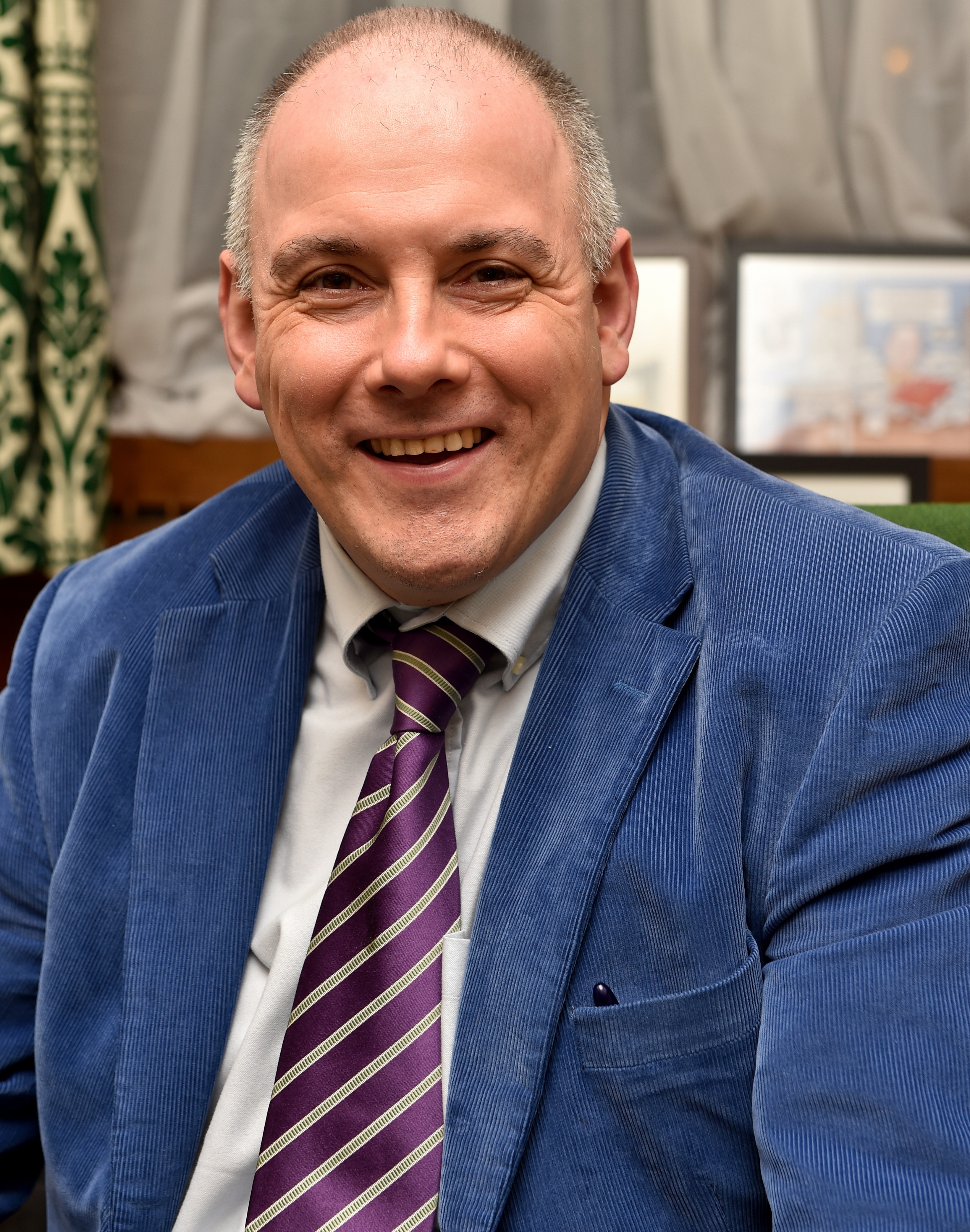 Instead of recognising the efforts and hard work of individuals whose exams were cancelled due to Covid, the model takes into account the past performance of their schools.

'A' students awarded 'Us'

Astonishingly, this means that a student at a poor-performing school who was predicted As or Bs can suddenly find themselves getting a U.

It's not surprising then that the Children's Commissioner for England, Anne Longfield, has deemed the algorithm used by Ofqual "irredeemably flawed".

Nor that furious teens have been protesting against the A-Level shambles at Westminster, with some carrying placards reading: "You stole my future." 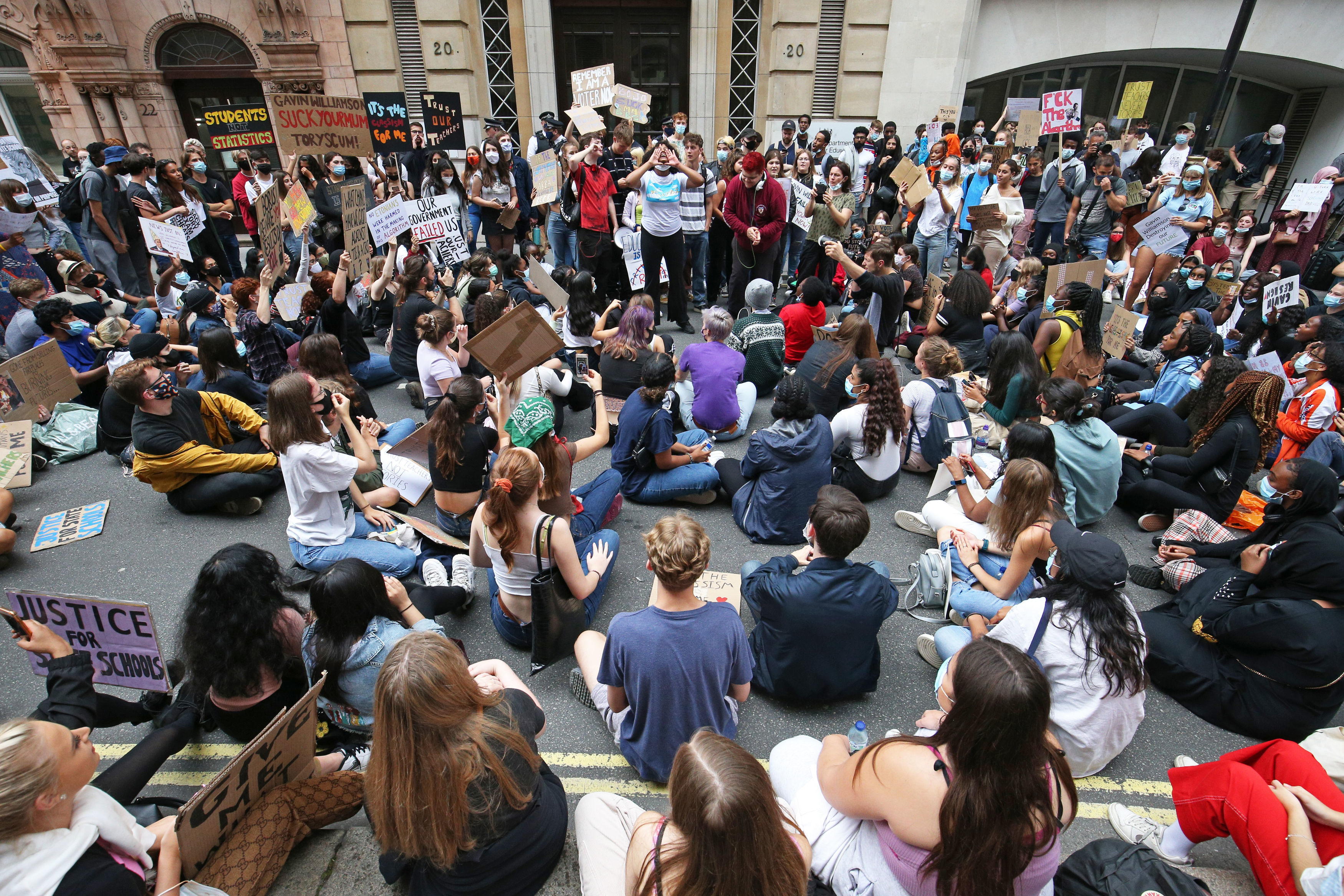 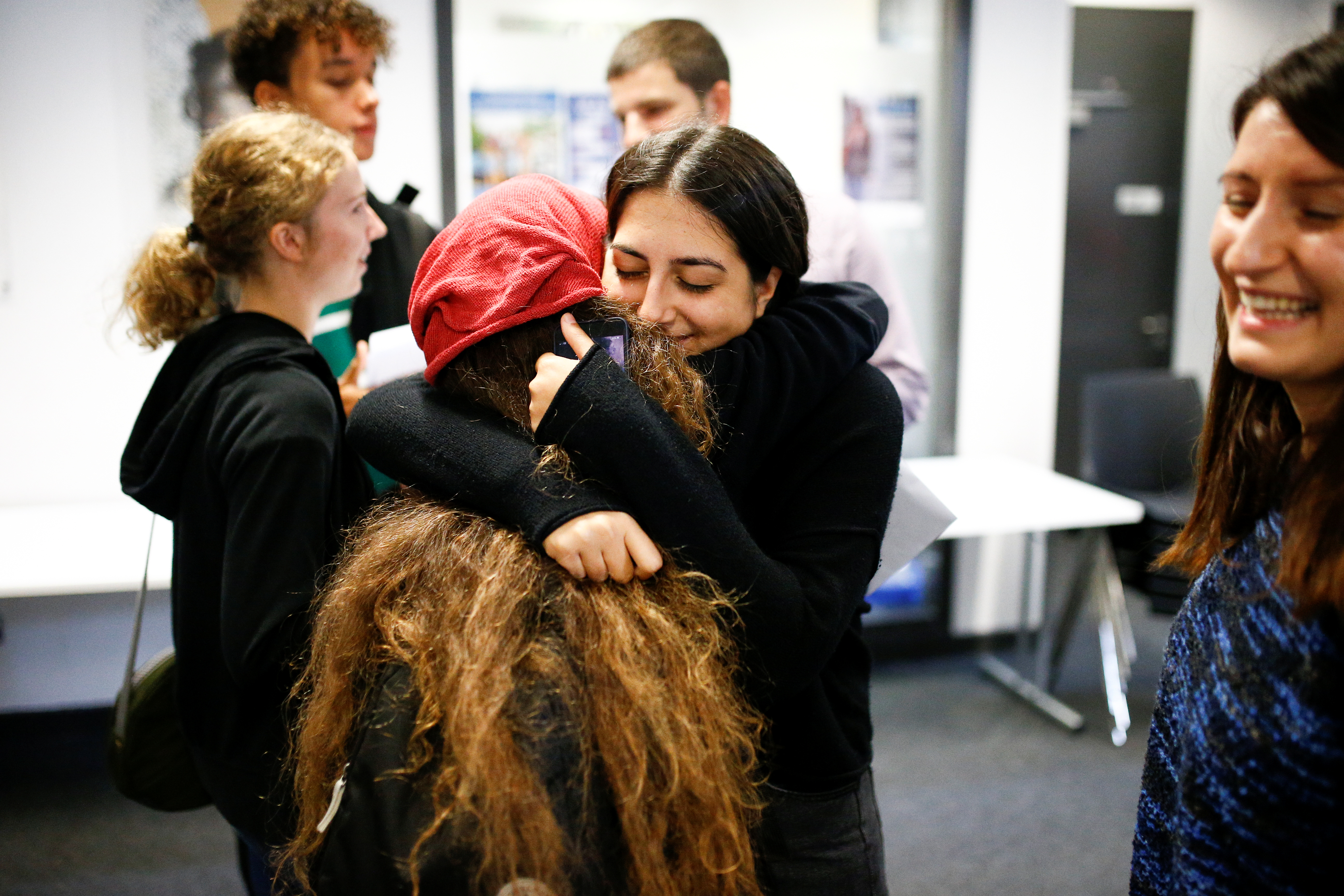 This week, armed with their results, these youngsters – many on the verge of fleeing the nest – should have been more certain of their future.

Whether embarking on an apprenticeship, university or something else, they should have been proud and excited about a future they've earned.

So, as Chair of the Commons Education Committee, it devastates me that thousands are now heartbroken, with their dreams lying in tatters.

And, the truth is, their anguish could have been avoided. 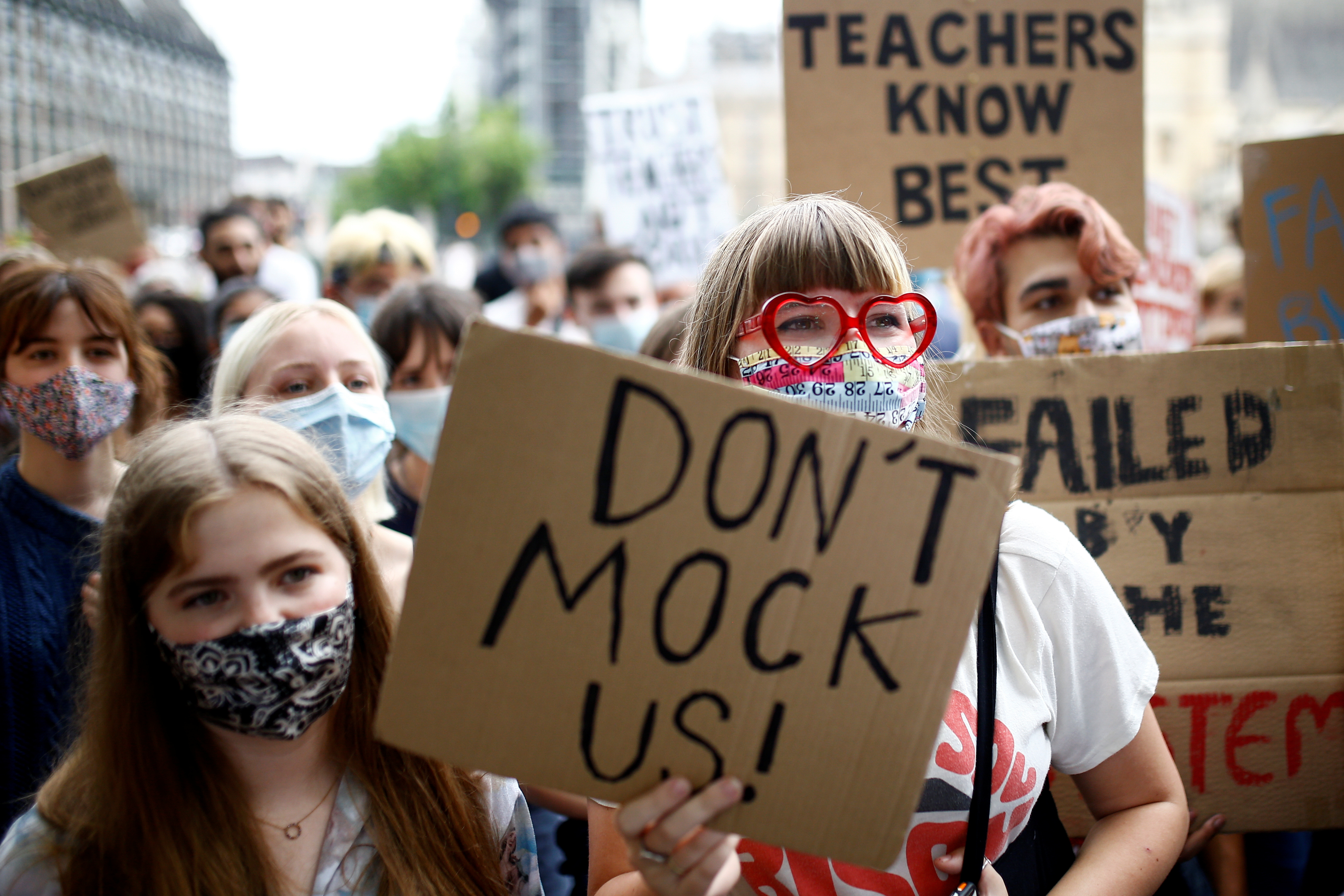 In early July, our Committee published a report urging Ofqual to publish their models for grading A-Levels and GCSEs so they could be scrutinised.

We also asked for a much wider appeals system so there would be a level playing field for all students to appeal against their grades.

Again, we were met with a wall of silence.

Then, over the weekend and amid the A-Level results outrage, Ofqual published its guidance on appeals for disappointed students.

But only hours later, it withdrew the document.

Astoundingly, its board members are now arguing among themselves like ferrets in a bag about whether to drop the algorithm completely.

In my view, this organisation is clearly not fit for purpose. 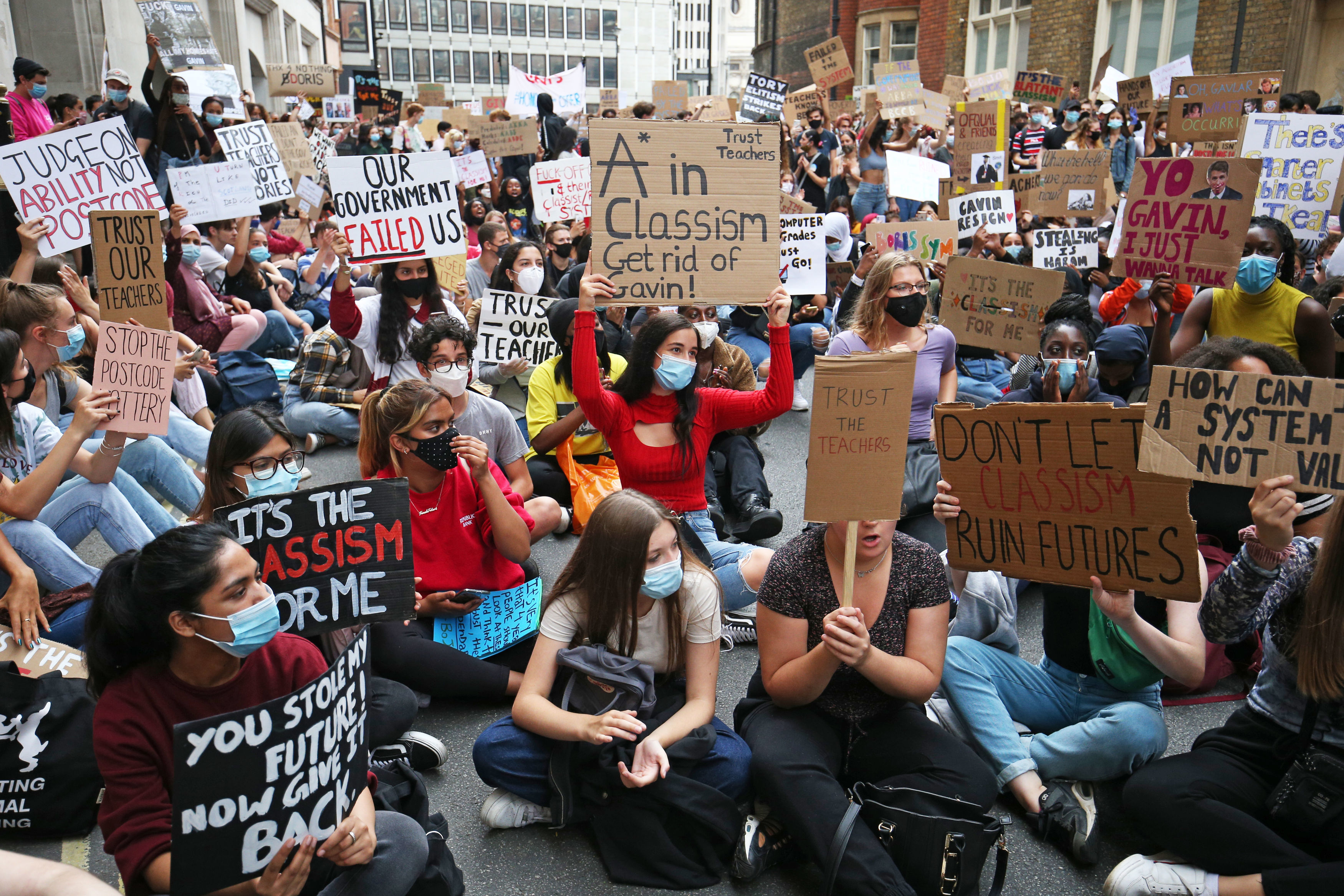 And it's not only students who have been affected by this mess.

Teachers – who have been unsung heroes throughout the pandemic – have been forced to watch helplessly as their deserving pupils lose out.

And I've had bucket loads of parents contact me about the disaster.

So, what happens next?

Firstly, we have to resolve this – and fast.

The appeals system must be fair, simple and easy to understand, like the old Ronseal advert. It needs to do exactly what it says on the tin.

Any student in England who wants to appeal – providing it’s signed off by their school's headteacher – should be able to do so.

We need to get this generation back on the education ladder. 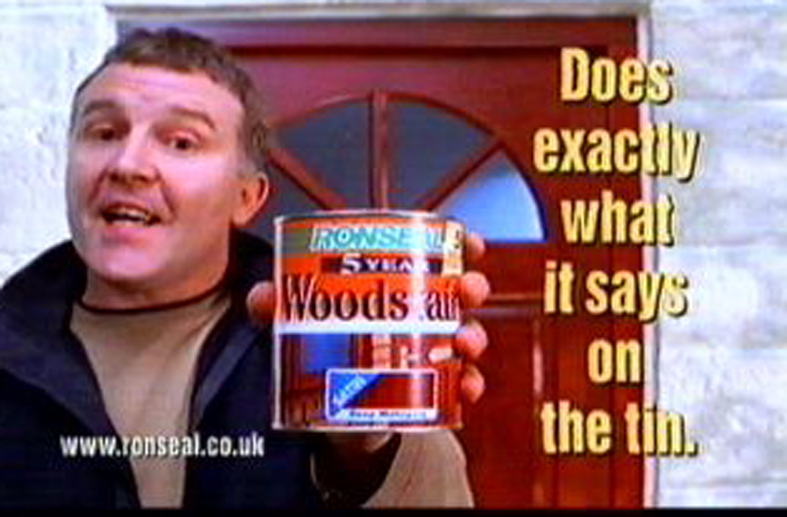 Just like hero NHS doctors have come out of retirement to battle Covid, Ofqual must utilise everyone they can to help remark A-Level grades.

I'm sure most would be more than happy to help prevent this scandal from blighting our children's futures at an already difficult time.

Failing this, the only other option appears to be a move to the Scottish model where teachers’ grades are the ones that are accepted.

In this case, Ofqual's algorithm would be ignored completely.

However, this should be the last option because a regulator's role is important, sets a standard and provides important checks and balances.

It could also see our most disadvantaged kids – 700,000 of whom have had no access to a computer during the pandemic – penalised again. 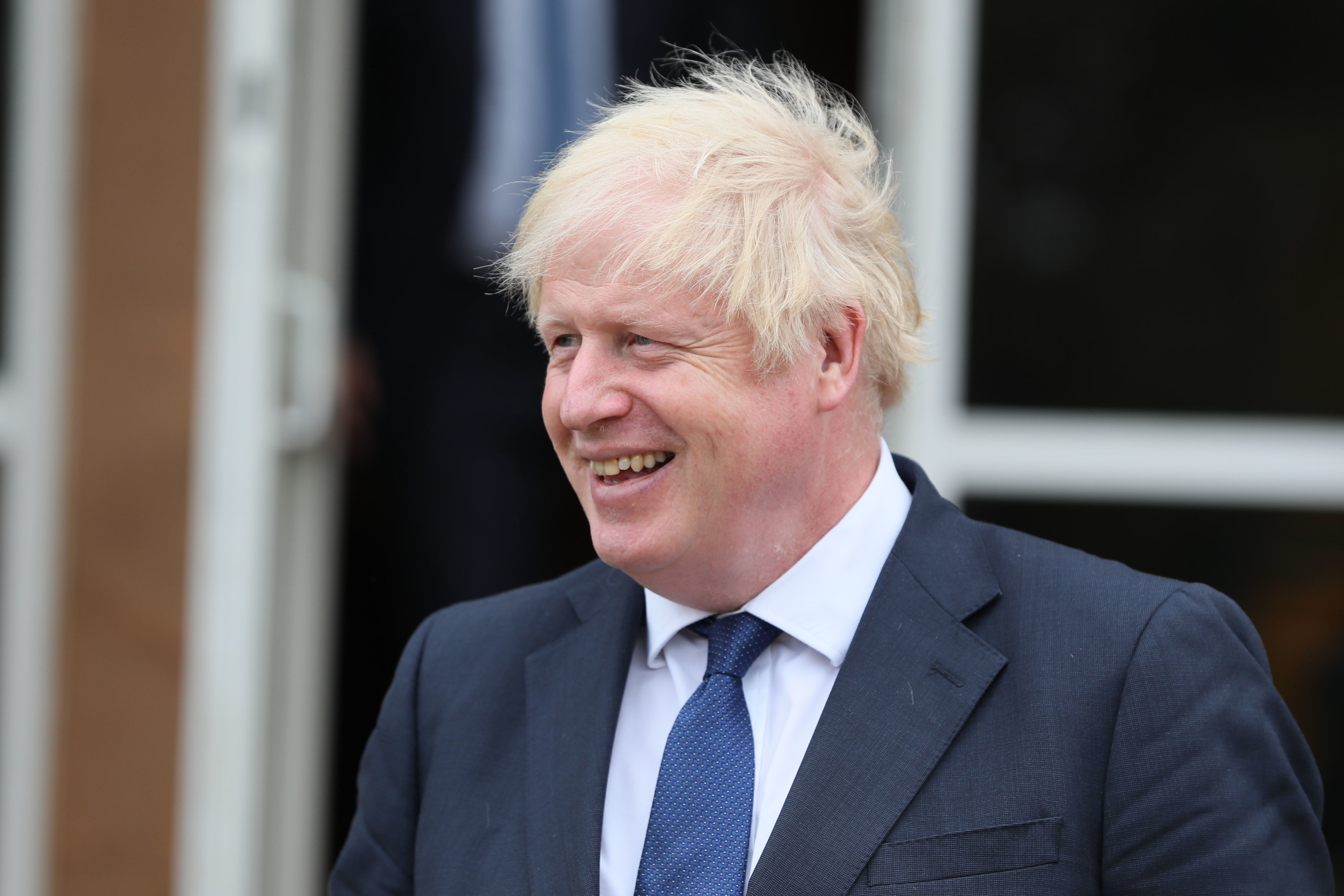 One thing is certain, though.

This nightmare must be sorted before GCSE results day on Thursday.

Though some have questioned whether the results should be delayed, I'm not sure they should – it will send kids' anxiety levels through the roof.

Students always face an anxious wait for their GCSE results – and, this year, they've had a plethora of Covid-induced worries on top of that.

A further wait will pile on additional stress. 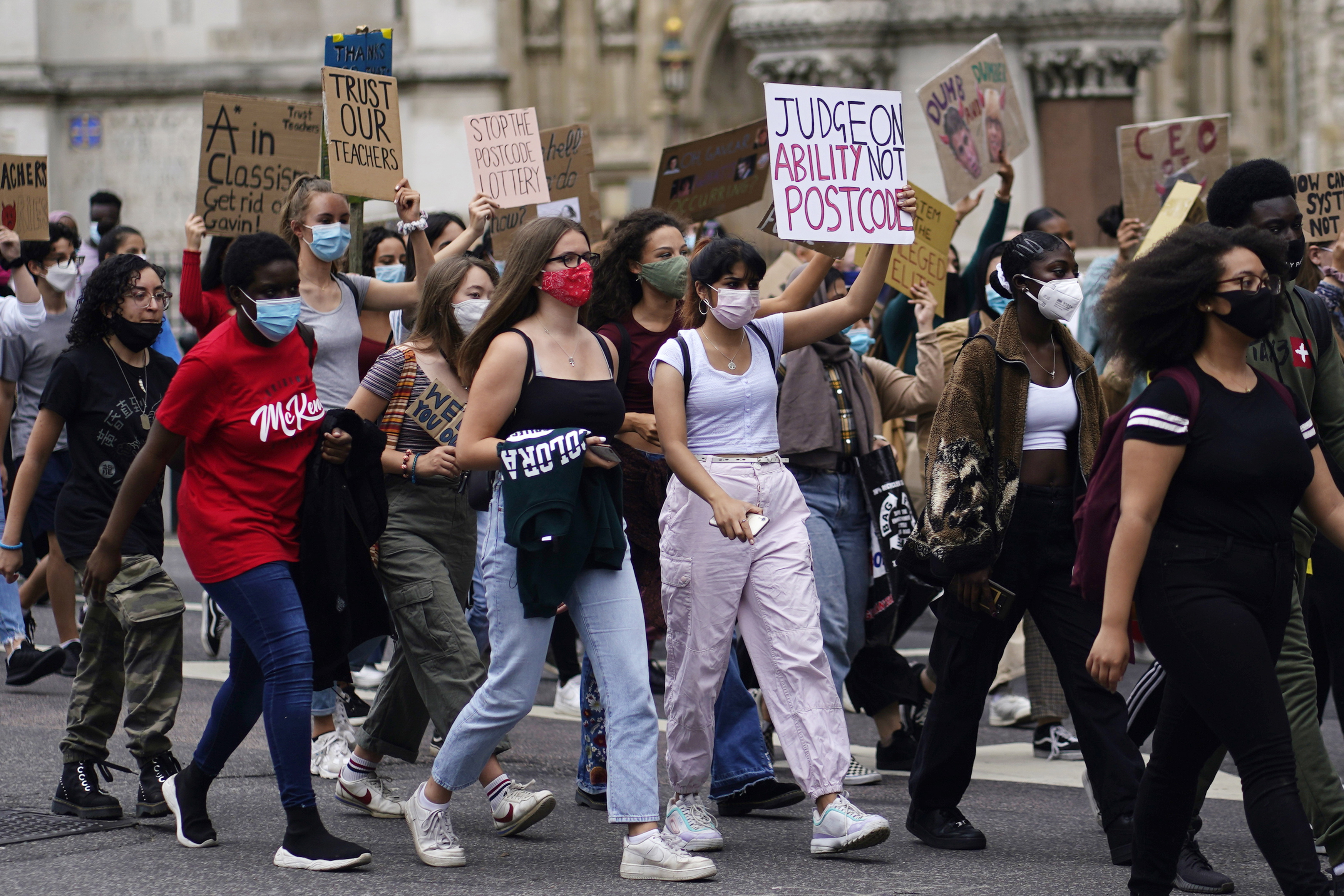 The Department for Education has said it is working with Ofqual to build as much "fairness into the appeals process as possible".

But those at the regulator need to stop behaving like secret cardinals at the Vatican and start communicating properly.

They need to reassure our schools and colleges.

After this is all over – and grades have been made fair for students – I will be backing calls for an inquiry into how this needless controversy happened.

The Government must also set out a national long-term plan for education, including how we will help our left-behind, disadvantaged pupils.

Some 55 per cent of teachers in the country's most deprived areas have suggested their pupils learned for less than one hour a day during lockdown. Some have done no schoolwork at all for five months.

But today, the priority must be fixing the results fiasco.

Or in three days' time, tens of thousands more students will have their hopes, self-esteem and future prospects brutally battered.