They bought UK’s most desirable lingerie firm… then destroyed it

The son of Dame Vivienne Westwood has blamed private equity for ‘ruining’ the underwear brand he built from scratch over more than a decade.

Joe Corre, 53, founded Agent Provocateur in 1994 with his then wife Serena Rees after she grew bored of shopping for drab underwear.

They aimed to create lingerie devoid of ‘British prudery’ and with the ability to ‘stimulate, enchant and arouse’.

But the pair were forced to sell a majority stake in the company to private equity house 3i to settle their divorce after splitting up in 2007.

Mr Corre claimed the buyers ‘really didn’t know what they were doing’ after striking the £60million deal.

He said the new owners ditched knowledgeable international partners, leading sales to ‘fall through the floor’, and opened stores in unsuitable locations. 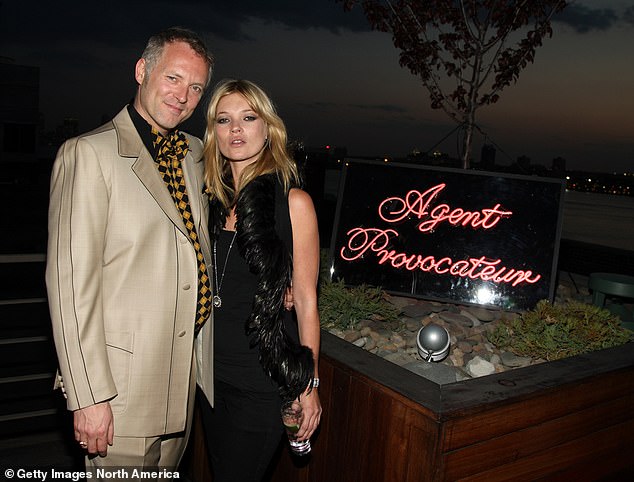 Ad star: Joe Corre and Kate Moss. Mr Corre, 53, founded Agent Provocateur in 1994 with his then wife Serena Rees after she grew bored of shopping for drab underwear

The brand collapsed into administration in 2017, following an accounting mishap. It was sold for just £30million to the owner of House of Fraser, billionaire Mike Ashley, leading to 331 job losses.

Speaking about the demise of the brand for the first time, Mr Corre said: ‘They ruined it. They took a good business and they totally ruined it. Agent Provocateur probably sells more on eBay now than it does in its outlets.

‘3i really didn’t know what they were doing. They started to mess about with the DNA of the brand. They wanted to compete with M&S – it was ludicrous. That pressure from private equity to keep opening and expanding is terrible.’ 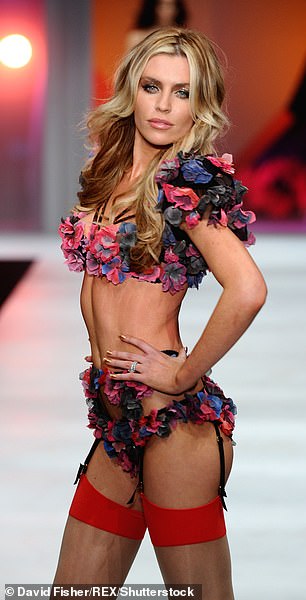 He said there were ‘other bidders I would have preferred’ that were not private equity, but the divorce courts had forced him to accept 3i’s offer because it was the highest.

He added that he thought the biggest disaster was ‘the enormous accounting black hole – which came despite all of their fancy corporate accounting’. He added: ‘It suddenly all went into meltdown and it became a fire sale of the company.’

3i insisted it had worked hard to reach new markets, launch new ranges and establish a leading online shop. It also said it invested extra cash in 2016 in a failed bid to rescue the company. In 2007 Agent Provocateur made a profit of £1million but in the three years before the pandemic struck it lost £45.1million.

In a statement 3i said last night: ‘3i actively supported the management team and company to enter new geographies, launch new ranges and develop a leading ecommerce business over nine years.

‘We explored all options for a solvent sale of the business but this could not be delivered within the timeframe available.’

The first store opened on Broadwick Street in Soho in 1994 and Harper’s Bazaar soon declared it ‘the UK’s most desirable underwear brand’. It sold a range through Marks & Spencer, as well as racier products in its stores including masks, gloves and Swarovski diamante whips.

The brand has not completely disappeared from the upper echelons of fashion. When the singer Beyoncé announced that she was expecting twins in July 2017, she wore an Agent Provocateur bra in the accompanying photograph.

I watched my life’s work turn to rubble 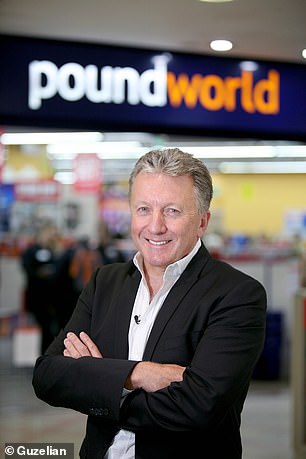 Chris Edwards rues the day he sold his discount retail chain to a US private equity firm.

The 70-year-old was born into a travelling fairground family in the seaside town of Saltburn in north Yorkshire.

He left school at 15 and cut his teeth in retail working on a stall on Wakefield market with his father. With his brother Laurence he set up Poundworld in the mid-1970s and sold it to TPG Capital in 2015.

Before tax and other expenses, he, his family and other minority shareholders received around £96million.

Despite the money, he soon regretted his decision. He blames the private equity owners for the downfall of the business he built up over decades.

‘It’s true I got a life-changing amount of money,’ he said.

‘But I already had a good standard of living out of the business. I didn’t want a Learjet, racehorses or an estate in Spain.

‘I knew I had made a mistake almost immediately.

‘We ran the business for years, but, within a short time of them taking over, it had gone under.

‘TPG thought they were superior. Arrogant would be an understatement. I had been in the business for 50 years but they thought I was just a northern hick and they knew better.’

He was incensed when, despite the chain’s name, new managers installed by TPG added new products selling for more than £1 in an attempt to bolster thin profit margins. To Mr Edwards the move undermined the brand and the ethos of the company.

‘They must have thought I was a silly devil selling everything for £1,’ he said. ‘But £1 was our theme. We were called Poundworld, for goodness sake. It upset a lot of customers.’

The budget retailer went into administration in 2018.

A source familiar with the deal said TPG invested additional money and ‘worked tirelessly’ on all options available to try to rescue the company.

Mr Edwards, however, believes the collapse was down to the way they ran the business. ‘I thought they had taken the mickey. I was angry with them,’ he said. ‘I have seen my life’s work turned to rubble and that is not about money. Without a doubt it went bust because of the way they were running it.

‘They were naive and stupid. They thought they knew more than the existing management.’

Mr Edwards says he had doubts even during the sale talks.

He recounts how one TPG executive came from London to Wakefield in a taxi. The driver waited outside during a meeting, at which the TPG man tried to knock down the sale price. Mr Edwards said: ‘I got up and walked out, jumped in my car and drove off. He got in his taxi back to London.’

Two days after the eventual sale, the businessman went on a long weekend in Las Vegas: ‘I had only been there 48 hours when I got a call from my son telling me they were taking decisions without even grasping what the business was about.

‘I was there for a few months after they took over but I felt excluded from meetings.’

A source close to the deal said Poundworld was run prudently under TPG, that no money was taken out of the business and there was investment in a distribution centre and IT system.

Mr Edwards tried to buy around 180 stores out of administration but his offer was rejected.

He has since started another business called One Below, selling everything for £1 or less.

He said: ‘We have 70 shops now all over the country. A lot are our old premises. Considering Covid, it is going very well. As for private equity, me personally, I would say never again.’

Tens of thousands of Debenhams staff face a pension cut due to a deficit of just £32million – yet private equity owners extracted £1.2billion, while executives pocketed tens of millions of pounds.

The pensions shortfall emerged when the beleaguered chain struggled to pay off a mountain of debt and faced soaring rent bills for stores that were sold off, then leased back, before the firm’s collapse.

Five of the private equity executives behind the 2003 takeover of the failed chain shared a bonus pot of £250million the year after Debenhams was floated on the stock market.

Another three top executives are believed to have walked away with shares worth £103million when the chain went public. The collapse of Debenhams, which shut its doors for the last time this month, is the biggest high street casualty since the demise of Woolworths in 2009 – costing 18,500 jobs over the past 12 months. Three quarters of the chain’s staff were women.

Its stores – often seen as the ‘jewel in the crown’ of town and city centres – are now empty and derelict.

The store veteran who lost his job 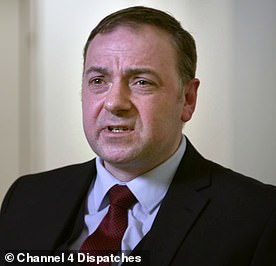 After 23 years at Debenhams, Brian Erskine felt part of the ‘family’.

But his branch close to Canterbury Cathedral was axed at the beginning of last year – ending 145 years of history in the Kent city. ‘We have lost a historic icon of retail while making people insanely rich, on money that wasn’t even theirs to begin with,’ the 48-year-old said.

He is furious about the private equity takeover of Debenhams and the later loss of 10 per cent of his pension.

He believes those involved in the 2003 takeover bear a ‘social responsibility’ for the pension shortfall.

Mr Erskine, left, who is now working for another retailer, called for takeovers funded by debt loaded on to the company’s books to be made illegal. 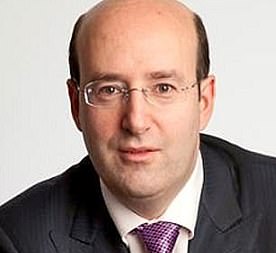 A private equity executive who helped orchestrate the Debenhams takeover reportedly made more money in one year than the entire shortfall in the failed chain’s pension fund.

Jonathan Feuer was reportedly one of five at CVC who shared £250million in 2007 – an average of £50million each – the year after the department store returned to the stock market. Mr Feuer, right, was also behind CVC’s £427million acquisition of Halfords from Boots in July 2002.

The 58-year-old retired from CVC in 2018 and has since co-founded an artificial intelligence firm for the finance industry.

He did not respond to a request for comment.

The company’s retirement scheme is set to be taken over by the Pension Protection Fund, which would mean a 10 per cent cut in payments for workers short of retirement age.

The pension fund was fully funded at its stock market relisting but went into deficit when the company struggled with debt and rent.

The behaviour of former owners CVC, Merrill Lynch and Texas Pacific Group has been condemned by MPs.

Dame Margaret Hodge, former chairman of the Commons public accounts committee, said: ‘The companies involved in the consortium have made profits in an immoral way.’

Neil Coyle, a Labour member of the work and pensions committee, said: ‘The consortium made the company more of a risk, took wealth out of Debenhams and made huge gains.’

He said the protection fund ‘should not be left to pick up the cost of the pension scheme when those partly responsible [for the collapse] have walked away with millions’.

Debenhams was owned by private equity for just three years between 2003 and 2006 and during that time was loaded with £1.1billion of debt to pay for the takeover.

The consortium sold off some of the biggest stores – including the Oxford Street flagship – for £495million, which were leased back on contracts of at least 30 years with annual rent rises.

Shoppers remained loyal to Debenhams – with turnover holding steady – but much of the revenue went into lopping £900million off its debts.

The then owners’ dividends were almost double the profits made over the period. Debenhams was in the black up to 2017 but went into administration in 2019 partly because of the cost of store leases. Debts had risen to £622million.

It was bought by its lenders but put back into administration as the pandemic hit, and closed when no buyer was found. The website was bought by Boohoo for £55million.