NIGHTMARISH video catches the moment a 22-year-old Florida man was confronted by an 11-foot-long bull alligator while fishing in the Everglades.

Tommy Lee, 22, fled for his life as the huge predator suddenly emerged from the water before he fell over as the beast charged him. 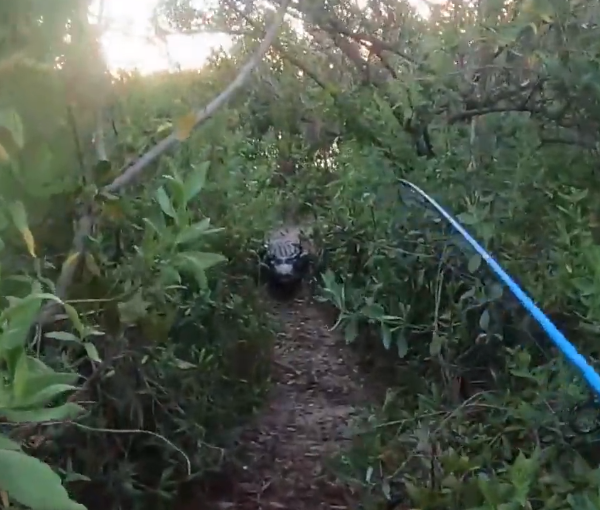 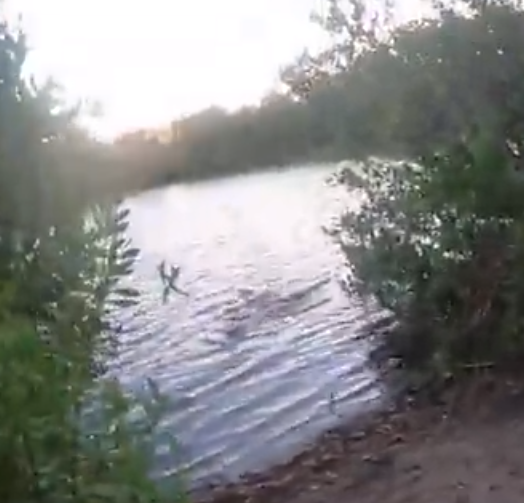 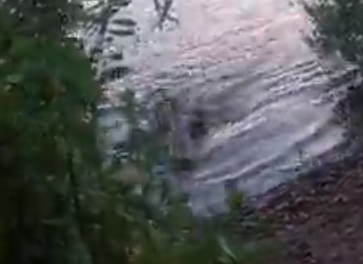 The footage captures his alarm and retreat after first spotting the alligator moving in the water after he casts his line to catch tarpon.

Like a scene from a horror movie, he tumbles as the alligator was just a few feet away from him on the trail.

Tommy said: "Well, that put an end to my tarpon fishing… wow!"

The terrified fisherman can then be seen urging the alligator to "get back" into the water.

But the chase continues as he is forced to retreat a further ten yards where he exclaims "oh my God!"

When the alligator turns around to head back to the water, the fisherman bravely approaches, calling out: "Hey buddy".

But after it returns to the water, Tommy says: "I am out of here, screw that."

After his ordeal, he said: "I was tarpon fishing at sunrise when an 11-foot plus bull gator stalked me then chased me.

"The camera is a GoPro with a wide angle. The gator appeared much larger and closer in person. It got within 10ft of me.

“I ran backward and fell as he chased me. Then I confronted him and he chased me again before retreating back to the water. Then I retreated back to my truck."

She said: “First of all, you need to watch every body of water, your bathtub, your swimming pool, your backyard pond, your mud puddles that your kids play in ― anywhere an alligator can be found right now, because alligators are on the run, especially the smaller ones that are easier to hide.

"The big bull alligators are pushing all the little ones out because they want all the ladies to themselves."

It comes as a Florida man wrestled an alligator to save his 8-month-old dog while they were out for a walk on Tuesday.

Mike McCoy was walking Jake, his chocolate lab, around a pond when the dog wandered a few feet away to a bush. 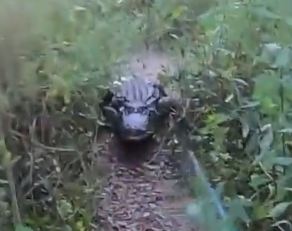 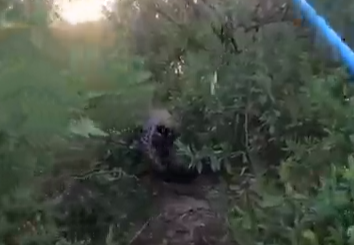 Suddenly, an alligator emerged from the water and attacked the dog in a matter of seconds.

McCoy recalled that he barely saw the gator spring out of the pond, but heard Jake crying out as the gator pulled him back into the water.

He told NBC News: "He was in a death roll with that thing."

With his dog helplessly in the water and under attack from the alligator, Mike said he jumped into the pond immediately to fight off the predator and save his dog. 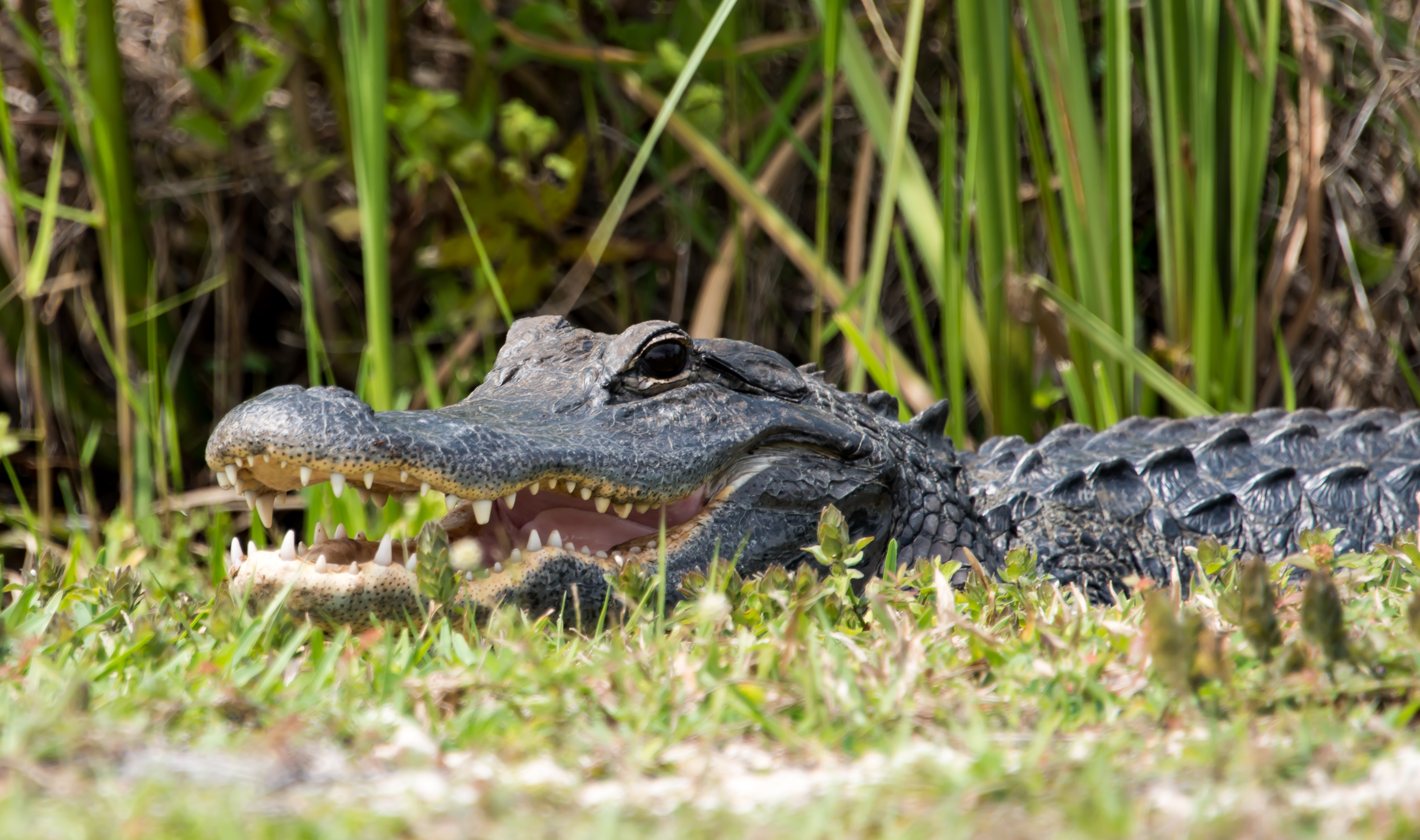