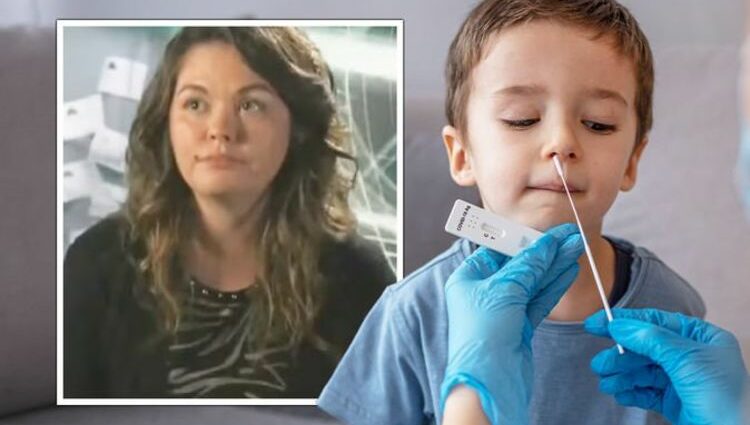 Sarah Beam, from Texas, has been charged with endangering a child, according to US reports. Authorities arrested the 41-year-old following reports a health services official had found the child in the boot of her car.

According to a warrant from the Harris County District Attorney’s Office, quoted in CNN, Ms Beam was reported after attending a Covid testing site.

The director of health services at the site is said to have been gathering information from cars in a queue for testing when she found something suspicious.

The warrant said: “She found a female driver, later identified as Sarah Beam, having her child in the trunk of her car.”

Police were told by the health director “the defendant confirmed that her son… was in the trunk of the car due (to) the child having been tested positive for Covid.”

The mother allegedly took this measure in order to protect herself from exposure to the virus.

She was driving him to the site in order to receive “additional testing”.

The warrant continued to explain that, after asking Ms Beam to show her the child, she found he “was lying down inside the trunk”.

Beam was reportedly informed that her son would not be tested until he was taken out of the boot and placed in the back seat of the car.

At this time, the health official called the police.

When she returned to the car, the child was found in the back seat.

The school told CNN: “CFPD was alerted that a child was in the trunk of a car at a drive-thru Covid testing site last week.

“Law enforcement conducted a full investigation, resulting in a warrant for arrest. Thankfully, the child was not harmed.

“Sarah Beam most recently worked as a teacher in CFISD and is currently on administrative leave.”

Security camera footage from a nearby building confirmed for the police that the child “exited the trunk of the car and entered into the back seat of the vehicle on the passenger side”, according to the warrant.