Suspicious stag attacks decoy deer and smashes it in half

Butt out! Suspicious stag attacks decoy deer and smashes it in half

This is the moment a rutting stag smashes into a what looks like an unsuspecting deer – only to realize that it’s a fake.

A hunter watched on from a vantage point as the rowdy male spooked himself when the prop’s head fell off.

The hilarious clip was filmed in woodland in Verona, near Dayton, Ohio.

In the video, the unnamed man, who was out hunting with a decoy deer he had set up at the edge of a field, spots a curious stag wandering towards him.

However it quickly becomes clear he is interested in the fake plastic animal, and inspects it from a distance for a few seconds.

Without warning the male suddenly rams the static decoy, breaking its head off before running into the trees for cover. 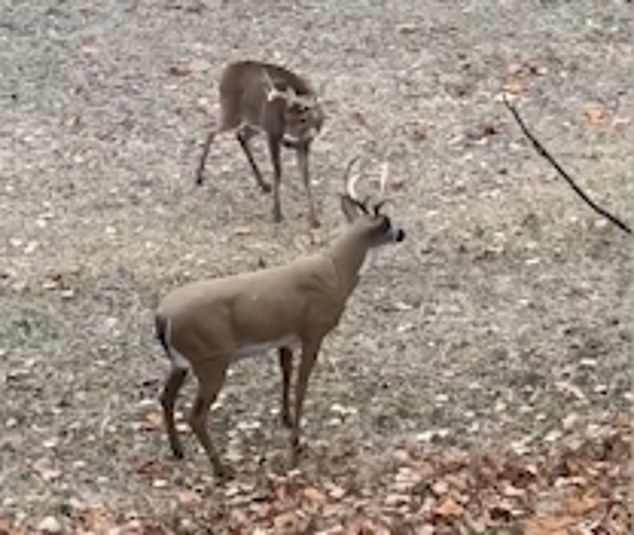 The rowdy male stag comes across the hunter’s decoy deer in woodland in Verona, Ohio

‘I was hunting by myself,’ said the filmer. ‘I’d seen this buck many times and passed on him.

‘He came into my decoy, being that it was the rut here, he was ready to fight and came up for a fight not knowing it was a decoy and completely destroyed it.’

Decoy deers are used by hunters to lure in animals that might otherwise pass by unnoticed.

The footage was recorded during the peak of the American rut, the mating season for a number of species including deer, sheep, and bison. 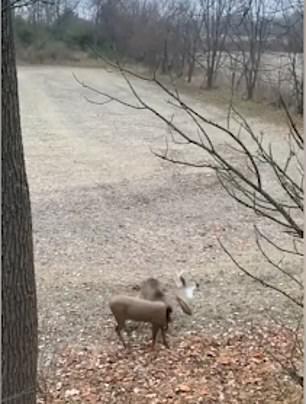 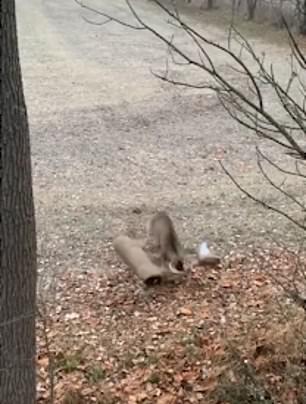 Without warning the male suddenly rams the static decoy, breaking its head off before running into the trees for cover