Suez Canal chaos: How many ships are currently blocked by Ever Given? 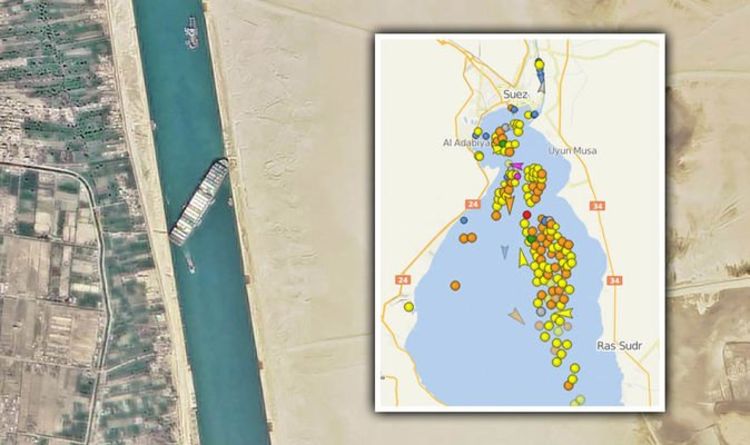 Officials at the scene say the ship’s stern and rudder were able to move on Saturday, but it’s still unclear when the 400-metre-long ship will be able to float once more. Suez Canal Authority (SCA) Chairman Osama Rabie said strong tides and winds were complicating efforts to free it. He added: “The ship’s stern began to move towards Suez, and that was a positive sign until 11pm (9pm GMT) at night, but the tide fell significantly and we stopped.” The official said he hoped it would not be necessary to resort to removing some of the containers onboard to lighten the load.

How many ships are currently blocked by Ever Given?

Too many to count is probably the best answer we can give, however estimates suggest 321 ships are waiting to transit through the canal.

By Friday at least 160 ships carrying fuel and cargo were said to be stuck but that number will have increased.

Some are now diverting their journey around Cape Horn to avoid the blockage but this will add on an extra 3,800 miles and up to 12 days sailing time, according to the International Chamber of Shipping.

At least 10 oil and LNG tankers and container ships have rerouted away from the canal, according to Marine Traffic and data intelligence firm Kpler. 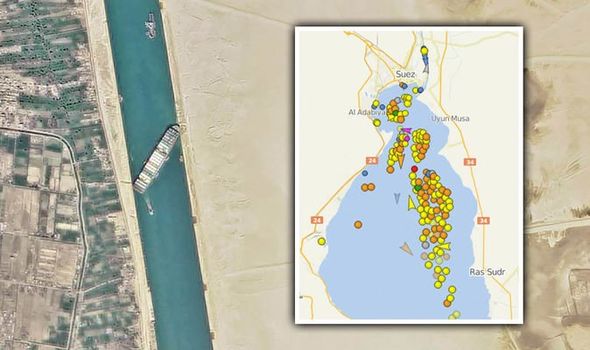 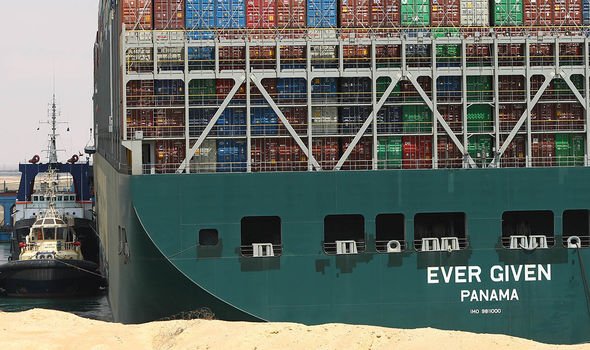 Lars Jensen, the head of Sea Intelligence Consulting, said: “There are already now multiple ships bypassing [the route from the Mediterranean into the canal] and are now going south.

“It is the right point in time to make that decision. So for now, it will appear that the vessels that are waiting in line [in the canal], would simply cross [their] fingers and hope that this will be resolved.”

According to the latest data, some 51.5 ships traverse the canal each day – amounting to a staggering 18,500 ships in 202, carrying a net tonnage of 1.17 billion tonnes.

As you can see from the live tracker of the canal and surrounding waters, the Ever Given’s dire position has left the area backed up for five days now. 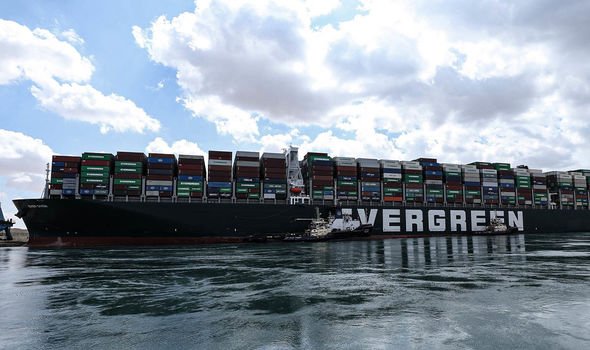 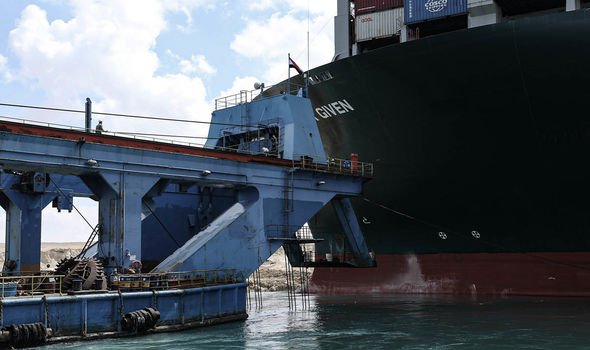 So based on this, we can expect at least 257 ships to have been affected.

While financial data provider Refinitiv says up to 300 will have bene affected before the weekend is out.

The canal sees about 12 percent of the world trade volume pass through it and usually handles about $10 billion a day in cargo.

ICS Secretary General Guy Platten said: “”Not only will the goods aboard the Ever Given be severely delayed on their journey, but the hundreds of other ships are also affected.” 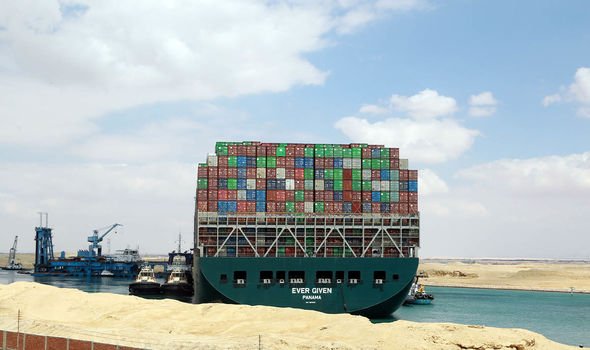 He added: “The damage done to the global supply chain will be significant.”

Two further boats are expected to head to Ever Given to provide assistance on Sunday.

A spring tide will raise the canal’s water level by up to about 18 inches – hopefully enough to set the Ever Given on its way again.

Analysts say that if the ship breaks free by Monday, the industry can absorb any costs of the crisis.

But if the ship is stuck for any longer than that, supply chains and consumers are expected to start to see major disruptions.

Raphael Bostic, president of the Atlanta Federal Reserve Bank, said: “If this were to go on for weeks and weeks, I think you could actually see some pretty significant disruptions in goods provision.

“We may see some temporary spikes, but they will only be temporary.

“I’m confident we will return to more equilibrium pricing as quickly as possible. I don’t think this is going to be an enduring issue.”