KHARTOUM (Reuters) – Sudan’s military rulers and opposition agreed in principle on Saturday to the formation of a joint body to lead a transition from 30 years of autocratic rule by Omar al-Bashir, but not on the new council’s make-up, two sources said. 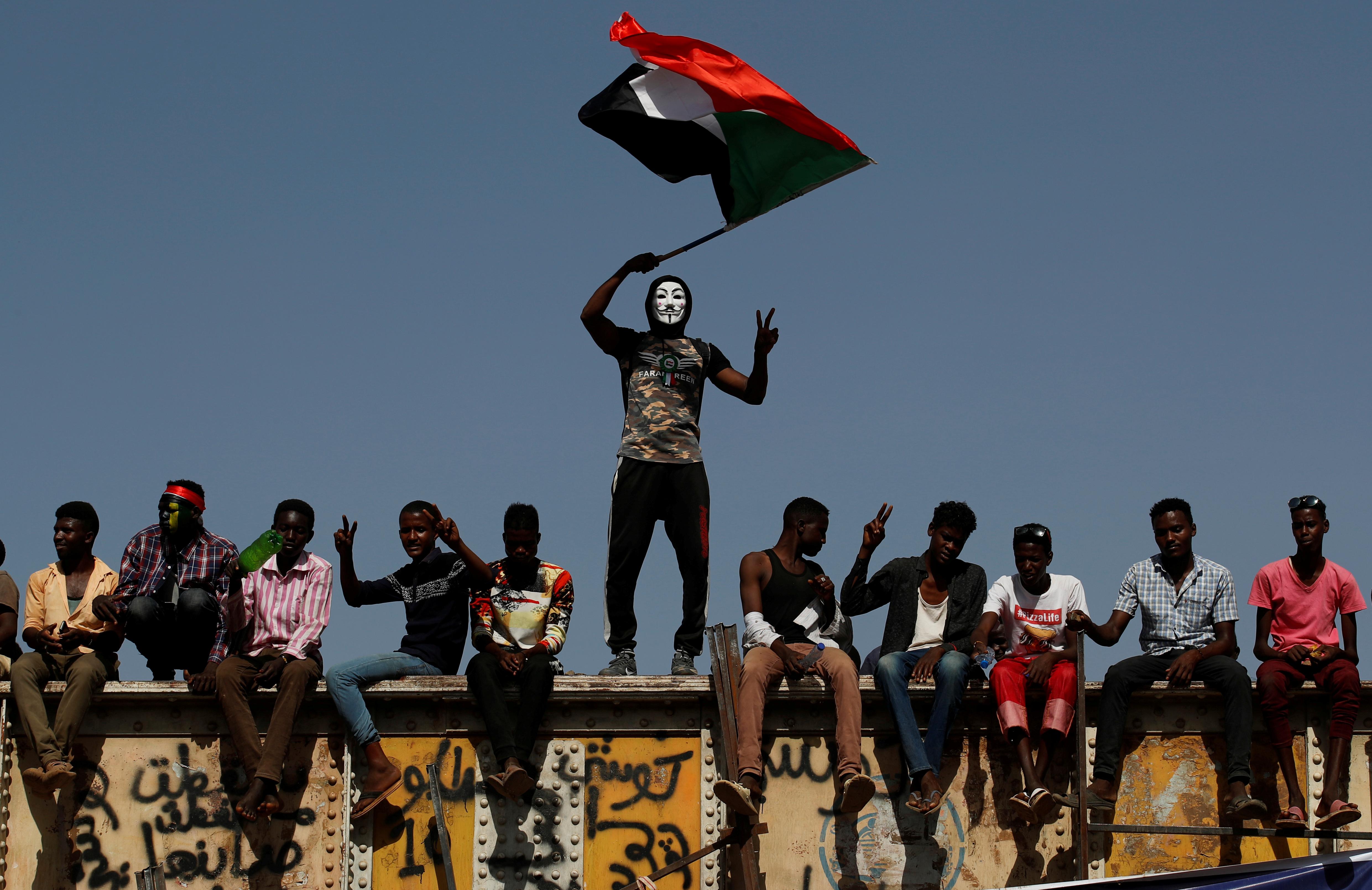 The two sides were holding their first formal discussions as opposition groups and protesters push for a rapid handover to civilian rule following Bashir’s fall earlier this month.

Sudan’s Transitional Military Council (TMC), which ousted and arrested Bashir after months of protests, has said it will rule for up to two years ahead of elections.

Anti-Bashir opposition groups and protesters who have kept up a sit-in outside the Defence Ministry want a civilian-led transitional council with military representation.

They continued their thousands-strong demonstration on Saturday evening.

“I came to support the sit-in for a civilian government because the army ruled Sudan since 52 years ago and the result is nothing,” said Nour el-Dayem Gaafar, a 23-year-old student from South Darfur state who had traveled by bus to the capital.

Opposition groups and activists are represented by an umbrella group called the Declaration of Freedom and Change Forces, which held two meetings with the TMC on Saturday. Both sides expressed optimism after an initial session around the middle of the day.

After a second, evening session, the sources said there was agreement over the formation of a joint council, but not over how many seats either side should have.

The TMC has arrested some former officials, announced anti-corruption measures and promised to give executive authority to a civilian government. But it has signaled that ultimate authority would remain in its hands, leaving protesters frustrated.

“Half a revolution is the perishing of a nation,” said Osman Abadi, a 26-year-old sit-in security supervisor draped in a Sudanese flag, who said he was staying even if negotiations between TMC and the opposition failed.

Bashir was overthrown after 16 weeks of protests triggered by a deepening economic crisis. He is being held along with other former officials at Khartoum’s Kobar prison.

The International Criminal Court (ICC) has indicted Bashir for alleged war crimes, crimes against humanity and genocide in the western Sudanese region of Darfur, charges he denies.

On Saturday Sadiq al-Mahdi, the veteran leader of Sudan’s opposition Umma Party, which is part of the Declaration of Freedom and Change Forces, said he thought Sudan should join the court.

“Now I have no objection to responding to its demands, and it’s necessary immediately to join (the ICC), but this position has to be coordinated with the military council,” Mahdi told reporters.

The military council has previously suggested that Bashir would be tried in Sudan, where the public prosecutor has already begun investigating him, according to a judicial source.

Separately, the Declaration of Freedom and Change Forces condemned a reported raid on a meeting of the Popular Congress Party, which was allied to Bashir before turning against him.

The alliance said in a statement that though the party bore responsibility for what had happened over the past 30 years, there was “no place for the exclusion of rights by force in the nation that our fearless revolutionaries are working to promote”.

State TV reported that more than 140 people were evacuated from the hall where the meeting took place and more than 60 had suffered minor injuries.