Stuffed animals worth £24,000,000 seized including elephant, cheetah and a lion 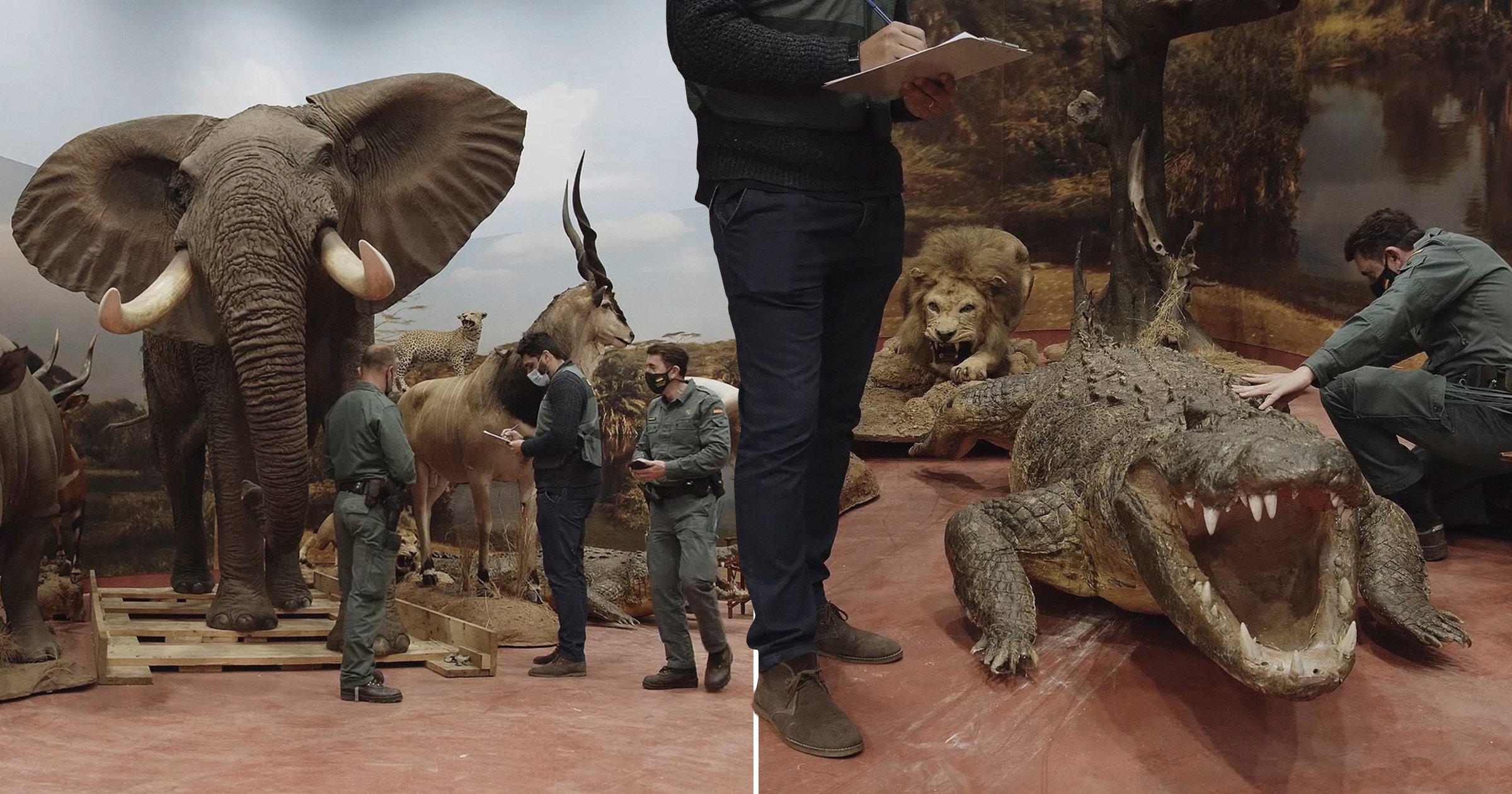 A huge collection of more than 1,000 endangered stuffed animals has been discovered in a warehouse in Spain.

The country’s national police force Guardia Civil revealed the private taxidermy haul is one of the largest ever to be found in Europe, and is worth a whopping £24 million on the black market.

It includes 405 animals from protected species and at least one extinct specimen, the authorities believe.

A cheetah, lion and polar bear were just some of the rare species hidden in an industrial warehouse near Valencia, extending more than 50,000 square metres, on the outskirts of the small town of Bétera.

The collection also included the scimitar oryx, also known as the Sahara oryx – a stunning white antelope which was once widespread across North Africa.

It was declared extinct in the wild in 2000 by the International Union for the Conservation of Nature.

According to a police statement issued yesterday, the warehouse owner is now under investigation for smuggling and crimes against the protection of flora and fauna. No arrests have yet been made.

Footage and pictures released by authorities show 198 large ivory elephant tusks lined up in an eerie corridor, and walls covered with heads of white antelopes.

Latest estimates cited by the Smithsonian say one pound of ivory is worth £1,150, and tusks can weigh up to 250 pounds.

Investigators also found at least two nearly extinct species including the ‘screwhorn antelope’ from the Sahara Desert and the Bengal tiger.

The discovery was made following a probe by Valencia Police’s Nature Protection Team, which began in November last year.

The police said: ‘In the next phase of the operation, the agents will proceed to analyse all the documentation provided by the author to justify the possession of the aforementioned pieces.’