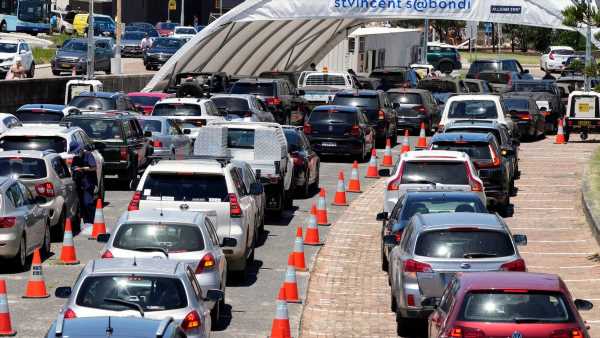 Rising Covid-19 cases at the border are increasing the risk of the Omicron variant spreading in New Zealand but a leading epidemiologist says the country still has time to prepare for an outbreak, including by booking a booster shot of the vaccine.

Yesterday there were 43 Covid-19 cases identified at the border, a jump from 23 cases on Wednesday, and the Ministry of Health believes the majority are Omicron.

But New Zealand still has time to keep Omicron out and prepare the population before the virus enters the community, University of Melbourne epidemiologist Professor Tony Blakely said.

Looking at New South Wales probably hitting its peak with Omicron cases, he said there were lessons for New Zealand to better manage an outbreak.

He said there was a huge “five-fold” undercount of cases because those infected with Omicron were more likely to be asymptomatic. There could be up to 180,000 infections per day, he said.

His explanation for nearing the peak was: “It makes sense because of that number of infections per day … the virus exhausts the number of people it can infect because you’re chewing up all the susceptibles.”

He said there was a massive shortage of rapid antigen tests in Australia which was “just appalling”, thereby disrupting employment and the supply chain.

“So flipping this to lessons for New Zealand: Get heaps of rapid antigen tests in before you get Omicron and change your surveillance systems, or at least have them ready to go to pivot to being less reliant on PCR when the numbers of Omicron go up.

“And follow some of the UK examples of getting some free rapid antigen tests out towards citizens, who have got some ready for when Omicron arrives.”

He said New Zealand could take a few more steps to keep Covid-19 out because it had “the advantage of learning from pretty much every other country”.

“Try and keep the borders really strong which New Zealand has excelled at and wait for better vaccines that have wider coverage and not let Omicron in. I think the chances of pulling that off are remote because Omicron will get in at some point.

“The second option is, somewhat controversially, to embrace Omicron.”

Blakely said Omicron was “way less severe” thereby reducing the number of people that died or had to go to hospital.

“Omicron is less dangerous than Delta … we’re talking somewhere between 1-5 per cent of the mortality risk of a Delta infection.”

He said studies showed people who had Omicron then had good immunity against Delta.

“So if New Zealand embraces Omicron in, the trick is to manage it well.

“But there are other things to do in the next six weeks for New Zealand, which is boost like crazy, try and get at least two-thirds of the over-60 population boosted … before Omicron comes in and get the public ready.

“Have a plan in place, mandatory masks when the case numbers get to a certain point.”

University of Canterbury professor Michael Plank said new cases in MIQ was a steep rise from last year, when most days, there were just two or three new cases arriving.

“What that really shows, there is a high risk at the moment of the virus leaking out.”

He said it mirrored international data showing infection rates were higher than ever, in some countries.

Plank said New Zealanders could not assume Managed Isolation and Quarantine (MIQ) would keep the variant out.

New testing rules will come into effect for arrivals into the country, with travellers required to return a negative test result within 48 hours of departure, rather than 72 hours.

Plank said it was a helpful step, but he would like to see rapid antigen tests also used, for a final check on the day of departure.

“These tests return a result in about 20 minutes so these can actually be done on the day. They won’t catch every last case but even if they only caught say 50 per cent of cases prior to getting on the flight, that would be a help.”

Plank said Aotearoa needed to buy as much time against Omicron as possible, to rollout boosters and child vaccinations.

“If you’re eligible for that booster dose, don’t delay, don’t wait for a few weeks, because it could be too late by then.”

Lates News:
2022-01-06
Previous Post: COVID-19: Leap in interest for holidays as testing restrictions are relaxed
Next Post: ‘Be greedy when others are fearful’