Attackers followed ISIL ‘idealogy’ but had no link with them, investigator said. 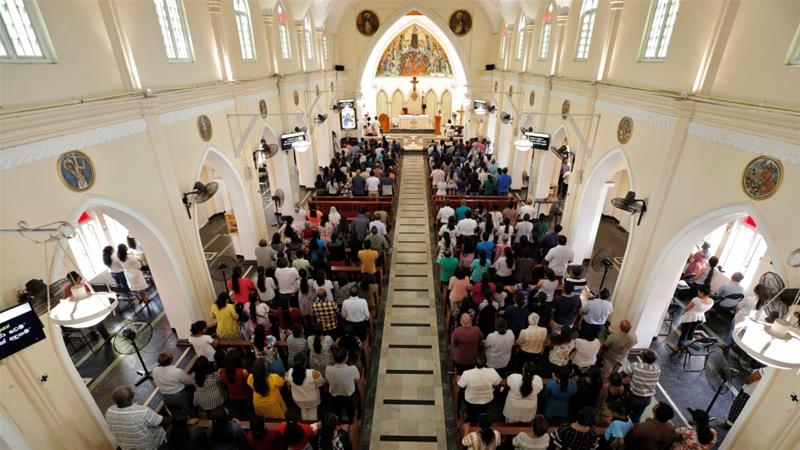 Sri Lanka’s Easter attacks that killed more than 250 people were carried out by local groups who drew inspiration from, but were not directly linked to, the Islamic State of Iraq and the Levant (ISIL or ISIS) group, a Sri Lankan investigator has said.

Ravi Seneviratne, head of the Sri Lankan police Criminal Investigation Department (CID), made the remarks on Wednesday in a meeting with the country’s parliamentary panel investigating the security and intelligence lapses that led to the April 21 bombings.

Seneviratne said the suicide bombers who targeted three churches and three hotels had no direct link to the foreign armed group.

“They followed the IS ideology, but our investigations have not shown any link between them,” Seneviratne told the parliamentary panel.

He noted that remnants of the National Thowheeth Jamath (NTJ), the armed group that was held responsible for the Easter attacks, had persuaded ISIL to claim the attack two days after the deadly events in Sri Lanka.

Another investigator, Shani Abeysekara, told the same parliamentary panel that the CID found 105 kilogrammes of explosives from an NTJ hideout earlier this year.

“If not for this discovery, they would have been able to cause much more damage,” Abeysekara said, adding that they were already investigating the NTJ when the attacks took place.

In a statement last week, Sri Lankan President Maithripala Sirisena alleged the attacks “were the work of international drug dealers” to disrupt his anti-narcotics drive.

“Drug barons carried out this attack to discredit me and discourage my anti-narcotics drive. I will not be deterred,” he said.

“Police completed the investigations within about two weeks,” Sudarshana Gunawardana told AFP news agency. “There is no mention of drug dealers being involved. We have no reason to doubt our investigators.”

Sri Lankan authorities were reportedly tipped off of by Indian authorities as early as April 4, and even hours before the bombings took place, Sri Lankan defence sources told Reuters News Agency days after the attack.

Pujith Jayasundara, Sri Lanka’s former police chief, and Hemasiri Fernando, former secretary to the Ministry of Defence, are currently facing criminal charges over their alleged negligence in failing to prevent the attack.

“There is sufficient information to prove negligence of official duties … and criminal negligence. It is also considered a grave crime against humanity under international law,” Livera said in a letter to the country’s acting head of police in June, urging him to take action against his predecessor.