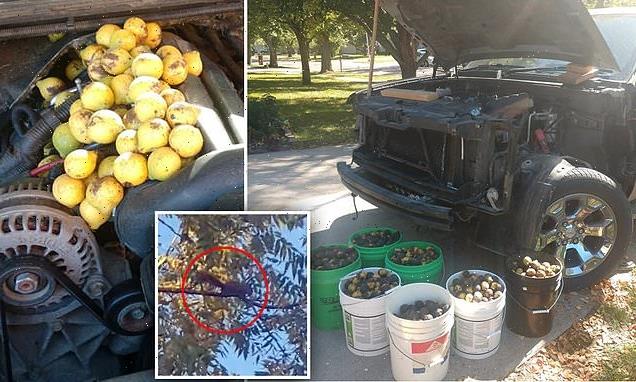 An insurance salesman returned to his North Dakota home after a four-day business trip in mid-September to find a squirrel had stashed 42 gallons of walnuts in his Chevrolet pickup truck.

Bill Fischer, 56, has been waging a war against his furry neighbor in Fargo since 2013, when he says a red squirrel first chose his Chevy Avalanche as the spot to store its harvest for the winter.

Fischer says he has come to expect the find when his neighbor’s black walnut tree reaches maturation every other year, but this time the creature may have outdone itself. 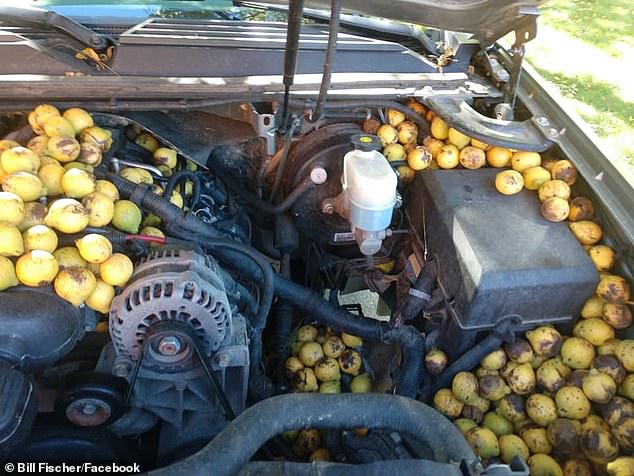 Every other year a red squirrel stores yellow-husked black walnuts from a neighbor’s tree in North Dakota resident Bill Fischer’s Chevrolet Avalanche (pictured). This year, however, Fischer says it may have set a record 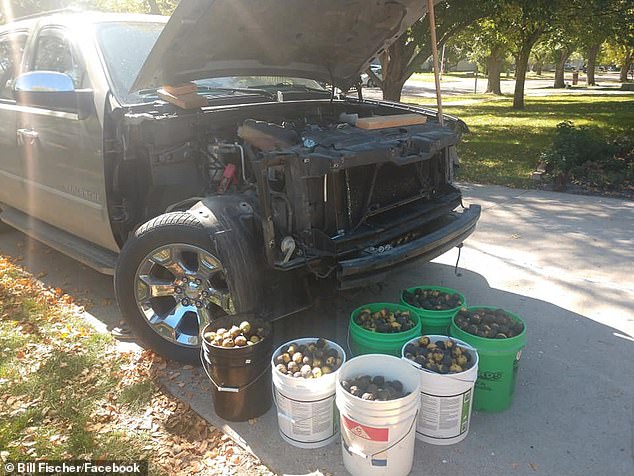 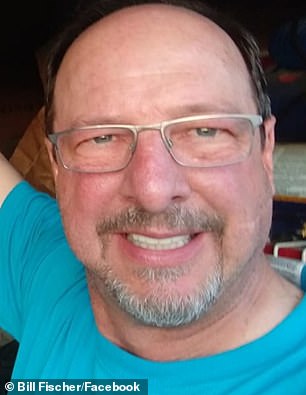 Although troublesome, Fischer (pictured) says he can’t help but laugh at the situation

‘The squirrel set a record,’ Fischer told the Washington Post. ‘Most I’ve ever pulled out was four or five six-gallon buckets. This year was seven.’

In photos he posted to Facebook, the yellow-husked nuts can be seen filling nearly every conceivable crevice on the pickup, from the engine bay to the fenders and bumper.

He even had to remove the bumper and fender panels on the front end of the truck to to get to them all.

All told, he collected around 150 pounds of nuts this year, which he offered to give away for free on Facebook.

He says he believes the squirrel will enter the truck’s innards through the rear, move along its frame rail and place the nuts mainly under the hood and in its fender.

By now, Fischer knows its best to wait for the squirrel to harvest all the nuts from under the tree before cleaning up. 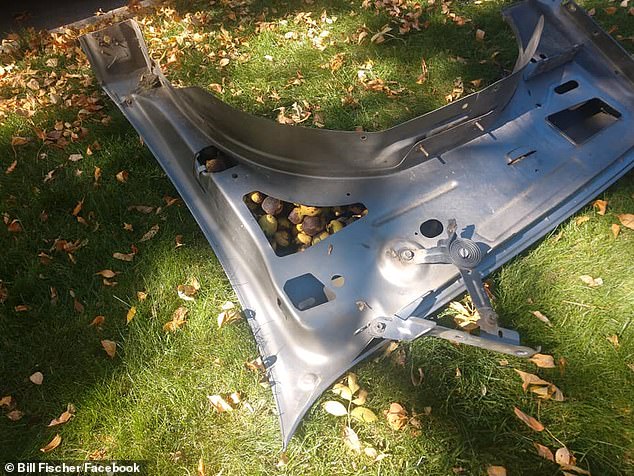 The cleanup is labor intensive, and despite his best effort, Fischer still finds nuts rolling around the vehicle 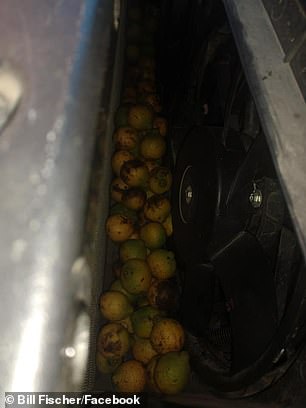 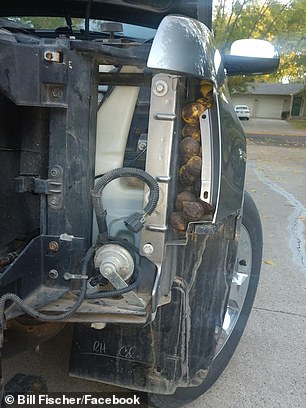 He says he believes the squirrel will enter the truck’s innards through the rear, move along its frame rail and place the nuts mainly under the hood and in its fender.

By now, Fischer knows its best to wait for the squirrel to harvest all the nuts from under the tree before cleaning up.

But this year he cleared out the Avalanche a little early before he went on his trip. When he returned on September 17, he found thousands of the nuts stored there, he told the Post.

Fischer has tried a number of techniques including placing a mixture of Tabasco sauce and cayenne pepper under the hood, and parking the truck further away from the tree, but nothing has seemed to work. 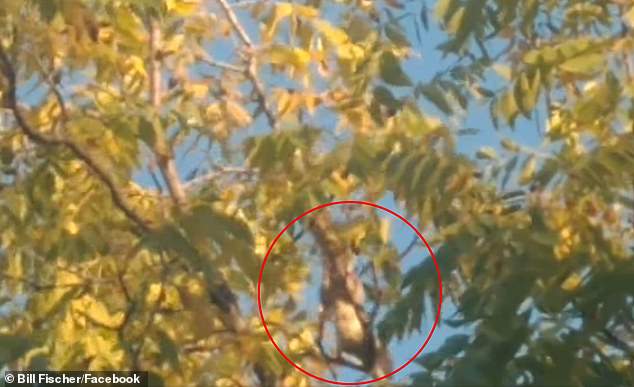 Fischer says he believes has been dealing with this particular squirrel (pictured) since 2013, and the occurrence happens every other year when the walnuts on his neighbor’s tree reach maturation

‘I’ve got other vehicles that sit very close to that tree, and it’s always my truck,’ he told the Post. ‘I’ve even parked purposely out on the street — as far away as I can from the walnut tree — and they still go find the Avalanche and hide them in there.’

He said he believes the squirrel chose the Avalanche due to easy access to its insides, and more space under the hood.

Although the cleanup is labor intensive, Fischer said he can’t help but find the humor in the situation. 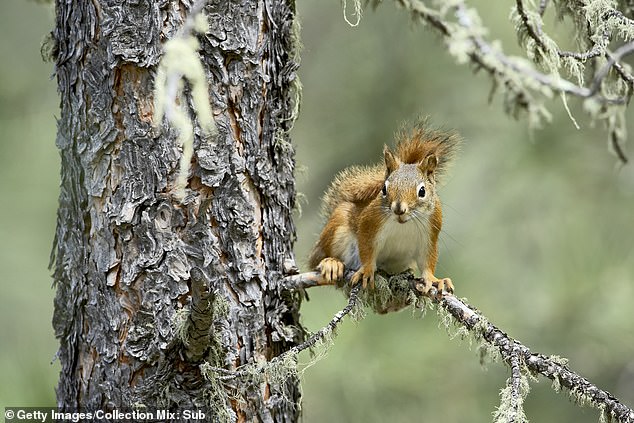 ‘With all the time taking the fenders off, what can you do but still laugh? Life is too short not to laugh about it,’ he told the Post.

Despite being thorough, he will still find a few as he drives the truck around.

‘I thought I had them all and took it down the road, turned the corner and found one rolling down the windshield where the wipers go,’ Fischer told the Grand Forks Herald.

‘I have some rolling around the frame, rails wells as well, that I can’t get at,’ he said.