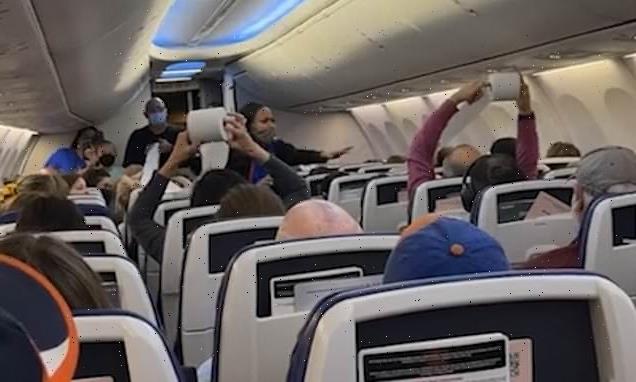 On a roll! Flight attendants entertain passengers by staging a toilet roll race while Southwest flight is delayed

This is the hilarious moment Southwest Airlines hosted a toilet paper race to entertain passengers who were delayed in Chicago.

Passengers were stuck on a plane waiting to take off from Chicago Midway International Airport on Sunday when flight attendants came up with an idea to pass the time.

Footage shows passengers on the aisle seats being passed a roll of toilet paper each which they had to hold over their heads and unroll a bit before passing to the passenger behind them. 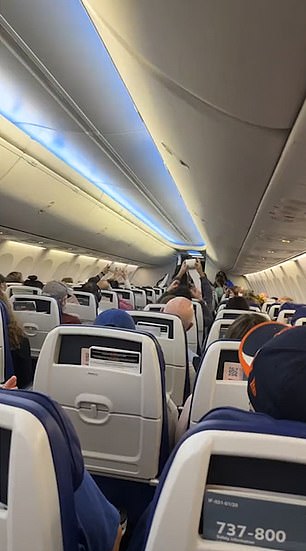 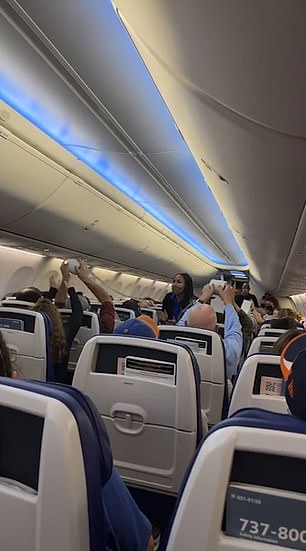 Whichever side unrolled their toilet paper completely without breaking it first was declared the winner.

The passengers, who were on flight 2783 waiting to go to Buffalo Niagara International Airport, were enthralled by the race.

Flight attendants and other passengers can be heard saying: ‘Hurry up! Oh, it’s a tight race!’

And other passengers loudly cheer and shout to show their support and excitement.

One passenger, Marc Cohen, posted a clip of the game on Twitter with the caption: ‘Shoutout to SouthWest Airlines for making this the most interesting flight delay ever with a… toilet paper race.’

And Southwest Airlines responded: ‘Thanks for sharing. We will be sure to pass along!’ 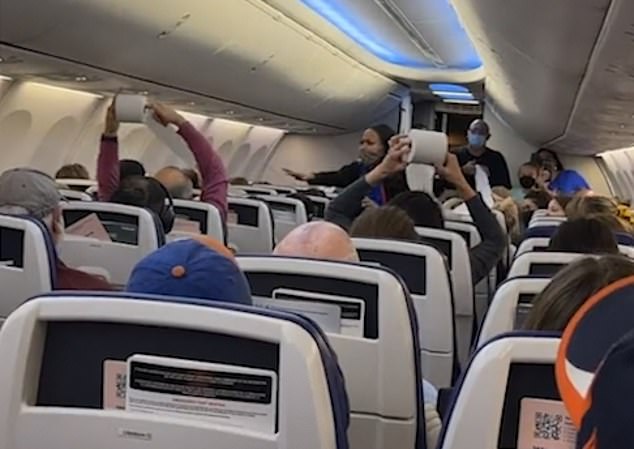 And it came the day after the airline suffered from 1,908 delays or cancellations, which the company blamed on an IT system failure.

As of 9 p.m., FlightAware.com showed there had been 470 cancellations over the course of Saturday with 1,438 delays – about 40 percent of all flights flown.

‘We are experiencing flight disruptions across our network today due to briefly pausing our service earlier this morning as we worked to resolve an intermittent technology issue, as well as ongoing weather challenges impacting multiple areas within our system,’ the airline wrote on Twitter. 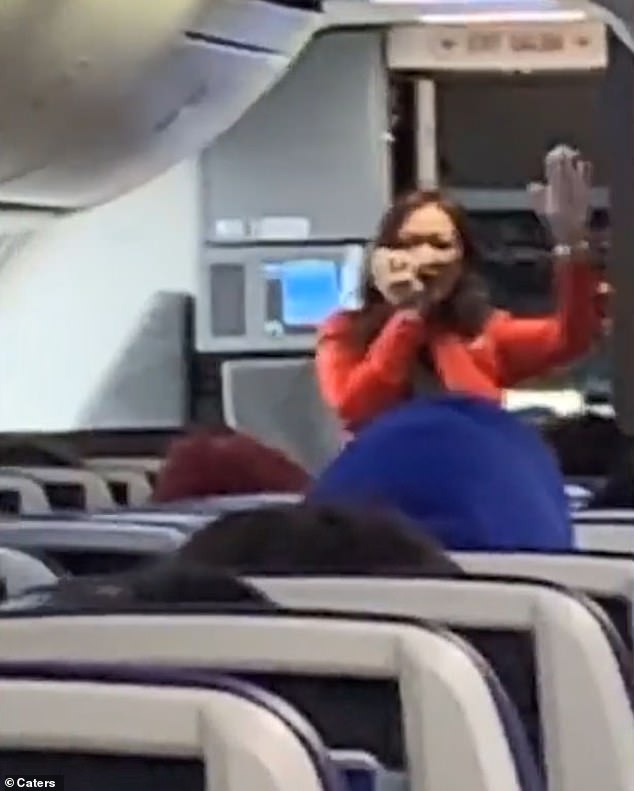 And it’s not the first time a Southwest flight attendant has thought outside the box to keep passengers entertained.

The attendant, named Adele, was recorded by passenger Robert Stratton on a flight from Los Angeles to Salt Lake City, Utah.

‘I’ve never had a flight like that before, it was great to start with,’ Stratton said. ‘Everyone on board really enjoyed it.’