A southern storm will combine with the Midwestern storm system to form a powerful Nor’easter later today in the Northeast.

Already, flood and wind alerts have been issued from North Carolina to Maine. 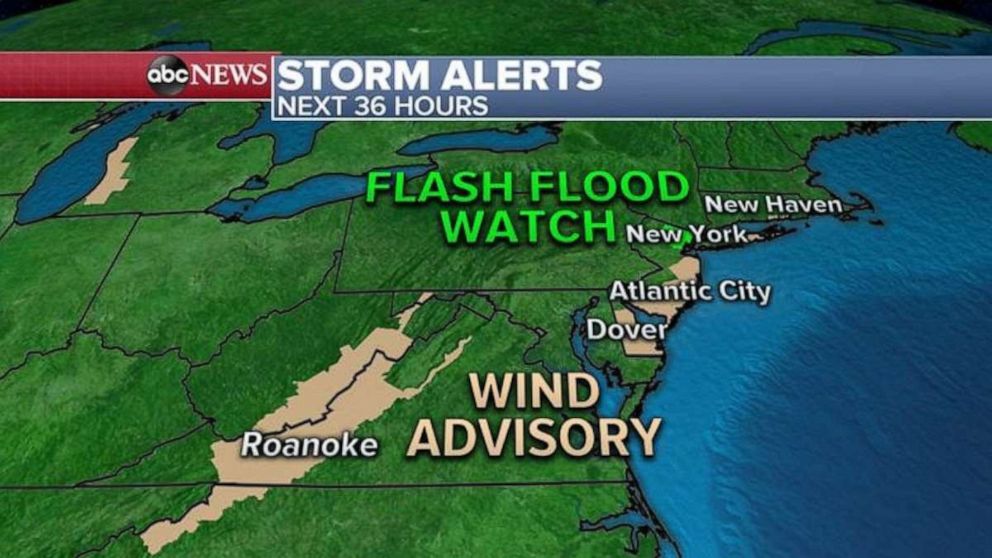 This morning the storm systems are combining in the Carolinas, with heavy rain already falling from the Ohio Valley to the Gulf Coast.

For major cities in the Northeast, the heaviest rain arrives at around noon for D.C, at around 3 -4 p.m. for Philadelphia, around evening rush hour for New York City, and later in the evening for Boston. 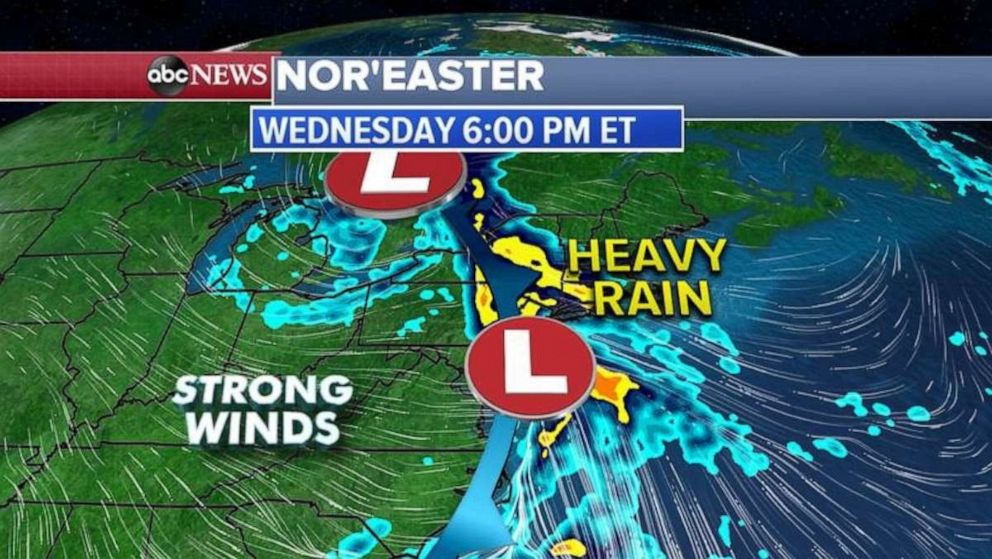 Over the next 36 hours, up to 4” of rain is possible in northern New York state, with most areas getting 2 to 3” from New York City to Boston, while D.C. to Philadelphia will see the least amount of rain, maybe under 1 inch. 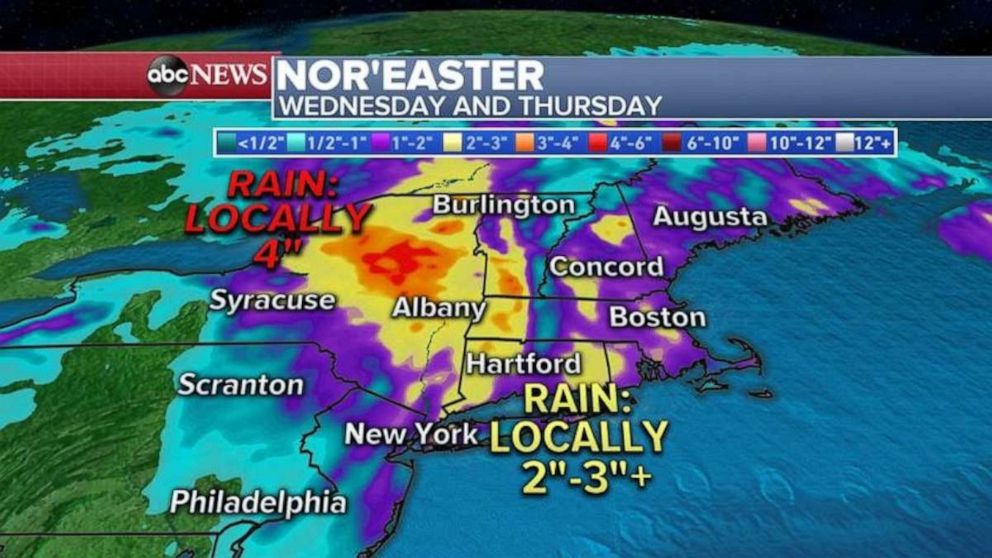 As the Nor’easter strengthens in northern New England Wednesday night into Thursday morning, winds will really pick up, gusting close to 60 mph in eastern New England and near 50 mph from the Jersey shore to eastern Long Island. 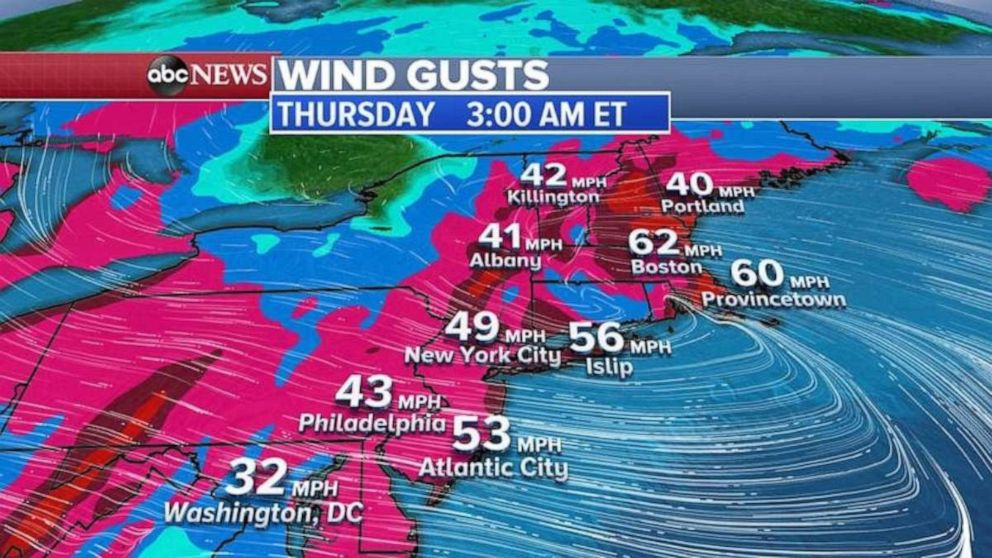 And we can’t rule out strong wind gusts as high as 40-50 mph from Philadelphia and New York City into Boston, which could cause airport delays Thursday morning.