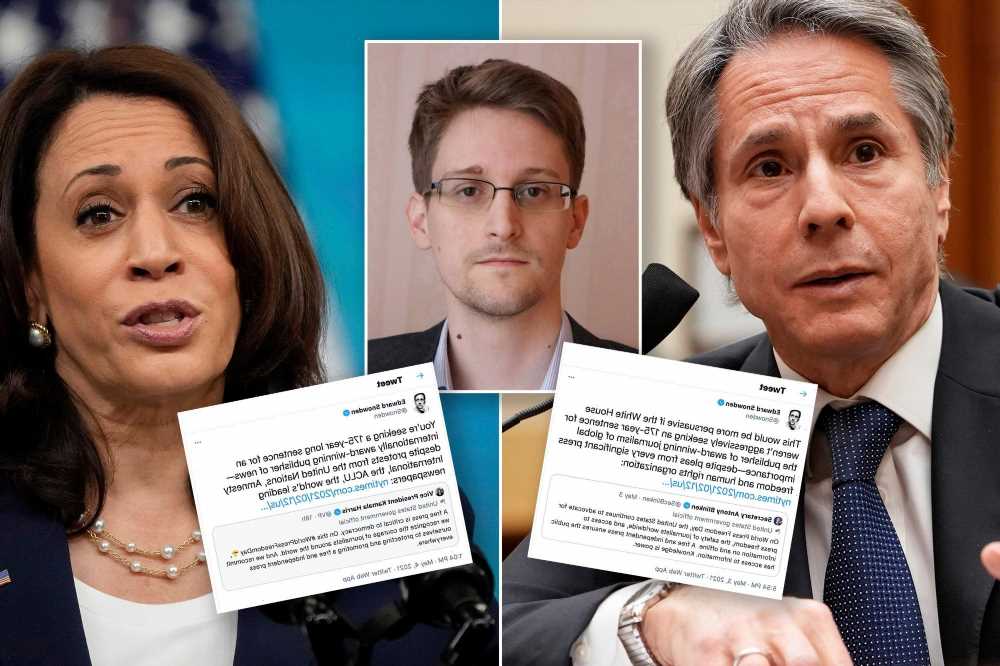 From Russia with love: Edward Snowden is a new dad

In a post on Twitter Monday afternoon, Snowden responded to a tweet by the nation’s top diplomat celebrating the rights of journalists as the US maintains its extradition efforts on “espionage” charges against Assange.

“This would be more persuasive if the White House weren’t aggressively seeking an 175-year sentence for the publisher of award-winning journalism of global importance,” Snowden tweeted. “Despite pleas from every significant press freedom and human rights organization.”

In another tweet, this one responding to Harris, Snowden wrote essentially the same message.

Blinken’s tweet said that “the United States continues to advocate for press freedom, the safety of journalists worldwide, and access to information on and offline.

“A free and independent press ensures the public has access to information. Knowledge is power,” he continued.

Snowden and Assange face charges stemming from separate cases in the US related to exposing classified information.

Assange’s charges relate to WikiLeaks’ publication of secret American military documents more than a decade ago, provided to him by Chelsea Manning, an intelligence analyst who served in Iraq.

If convicted, Assange faces a maximum sentence of 175 years in prison from 17 espionage charges and one charge of computer misuse.

Those charges do not relate to his activities in the 2016 US presidential election, when Assange’s WikiLeaks publicized hacked documents from the Democratic National Committee and Hillary Clinton.

He is currently in the United Kingdom being held by British authorities, as the US continues to push for his extradition.

Snowden, the former National Security Agency contractor who fled the US in 2013 after exposing its massive domestic surveillance program, was granted permanent asylum in Russia, where he currently resides with his American wife and young son.

He fled the US to avoid facing prosecution.

Some lawmakers have come to Snowden’s defense, arguing he should be pardoned for exposing that warrantless surveillance programs were being run by the federal government.