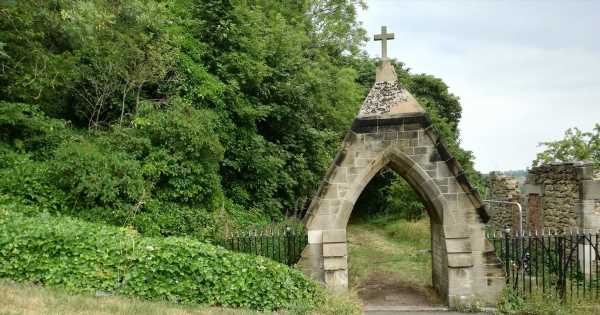 There are many versions of the classic headless horseman story – and there's a small mining town in northeast England that claims its cemetery is haunted by one.

Houghton-le-Spring in Sunderland, Tyne and Wear is believed to have been founded in 1220 and was an active coal-mining town between 1823 and 1981.

It has remained famous for its rich history centred around the life of Rector Bernard Gilpin who fed the poor with an Ox, thus starting the Houghton Feast which still takes place every October.

However, there is another local story that is often read as the spooky season approaches and that is the story of William Standish Carr.

But how did he become the headless horseman?

In the 1970s a group of vandals removed William’s head from his body when his vault was desecrated and they kicked it around the nearby Ironside Street.

The locals have since claimed that the spirit of Standish haunts the cliffs searching for his stolen skull alongside other spirits of famous people in the town.

Houghton Hillside Cemetery was originally a quarry, the cemetery was consecrated in 1854 following an outbreak of Cholera.

Last used during the 1970s this landmark is well worth visiting for the local history, the wildlife or just for the peace and quiet.

With over 7000 local people laid to rest at Hillside, including General William Beckwith of 4th Hussars, buried 1871, and other members of the notable Doxford Family, the cemetery is also home to a number of Commonwealth Graves and War Memorial. According to local historian, Paul Lanagan "dozens of people who have told me about spooky experiences at the burial grounds."

"Since 2005 many of my Hillside Cemetery photographs have contained orbs, mists and other anomalies," he writes in a heritage document.

The site is now a popular attraction for ghost hunters around Halloween.

For more shocking stories from the Daily Star, make sure you sign up to one of our newsletters here.