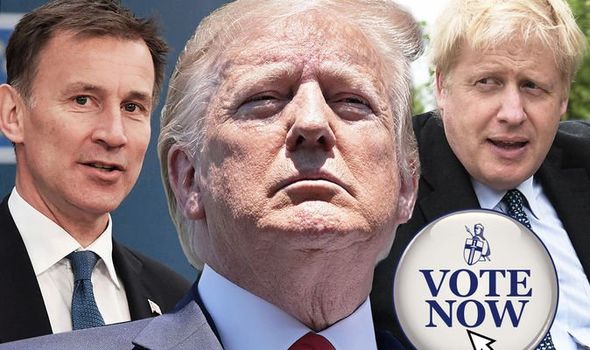 If Boris Johnson takes over from Theresa May, he will reportedly travel to the US immediately to build a trade deal with Donald Trump. It has been claimed that Mr Johnson can make a limited agreement with Mr Trump which would be formed as soon as the UK leaves the EU on October 31. The Times has reported that Mr Johnson will visit America in August or September so he can hold his first official meeting with the US leader.

An ally of Mr Johnson reportedly said: “If we get a trade deal with America we will be very quickly in the market for other deals.

“It encourages others to realise that we mean business.”

However, Trade Secretary, Liam Fox, said Mr Trump would be “in breach common commercial policy to discuss negotiations ahead of leaving the EU”.

Dr Fox has said to the BBC: “We’ve already had six meetings of our trade and investment working group with the US.

“We can’t negotiate anything with the US until we’ve left the European Union.”

Dr Fox is supporting Jeremy Hunt’s campaign to be the next leader of the Tory Party.

President Trump praised the “extraordinary” US-alliance during his state visit in June. 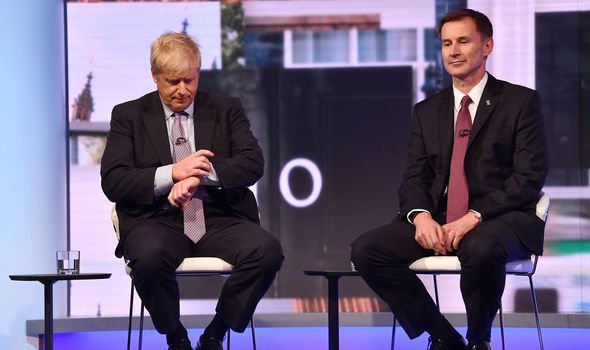 In a news conference with Theresa May, Mr Trump promised a “phenomenal” trade deal after the UK leaves the EU.

President Trump said the trade deal would more than double trade flows between the UK and the US and there is “tremendous potential”.

Mr Trump said the two countries shared the “greatest alliance the world has ever known” and he also spoke of the importance that the UK market has for the US.