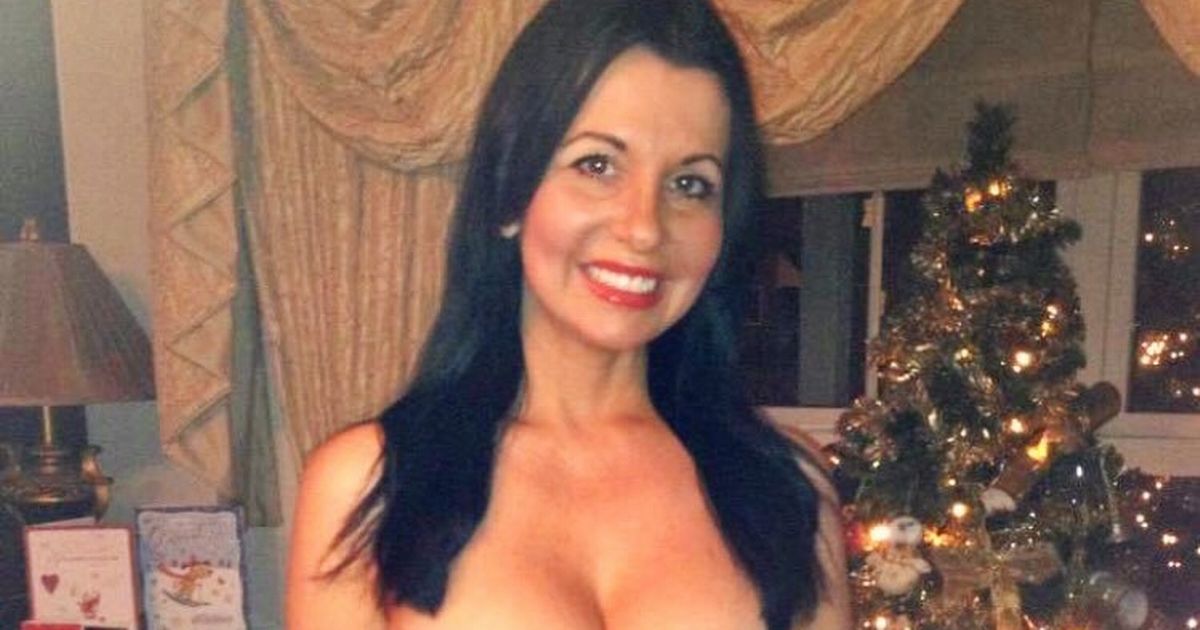 A glamorous mum who sold saucy selfies for charity has invented a breakthrough medical dressing now prescribed across the world.

Fran Sawyers, 52, says she is both "brains and beauty" after seeing her patented design for stoma patients launched in the UK and Australia.

Her new dressing, she says, will help keep money in the NHS purse because it does not need to be replaced half as many times.

The self-proclaimed "sexy Robin Hood" was inspired into action by her son's condition and has since won praise by medical professionals for her design, despite having no medical qualifications.

Now distributed by UK-based Medicina, her creation titled the ACElok dressing allows easy access for washout procedures for all stoma patients including throat cancer sufferers, for up to four days.

Single mum Fran said: "It should help save the NHS some money.

"A doctor said to me, 'You’re highly intelligent you’re not medical trained you’re not a pharmacist and you’ve done a design patent.' I'm beauty and brains."

Mum of two Fran revealed she is constantly facing an uphill battle in life because of the way she looks which means people tend to put her in a box, she says.

But through sheer determination and long hours, the proud inventor has definitely proven her doubters wrong.

To fund the project driven by the idea of helping kids, Fran revealed she had to sell all her expensive jewellery and the investment as paid off.

Fran continued: "I may have brains and beauty but being glamorous you’ve got to work even harder because no one takes you seriously I work 14 hours a day to make a difference as well as being a full-time carer and raising £100K for cancer kids."

None of this has come easily for the mother from Basingstoke, Hants who has spent the last 17 years fighting for her son's health.

The momentous efforts the NHS has gone to in saving both her and her son during child birth is one of the main reasons, Fran felt compelled to do what she could to repay the favour.

"I went through a horrendous birth knowing that I was carrying a baby with cancer before haemorrhages caused me to lose four pints of blood which landed both of us in intensive care.

"For the last 17 years, my boy has been in and out of hospital so to give something back to the NHS, I started in 2015, a design patent for a stoma dressing which is the first of its kind in terms of versatility.

"I wanted to prove that I can make such massive changes without being medically trained.

"My dressing opens and closes so you don't have to take it off every time you need to empty the bladder. It prevents risk of infection and money for the NHS.

"Where kids have to have an ACE Stopper from Medicina at the naval, if that falls out that means they can't empty their bladder so that costs the NHS £5,000 to do another operation and then they have to have three weeks off school with a bag.

"So my invention is to keep the ACE Stopper in like a lock and they don't have to take the plaster off. It's for mitrofanoffs and it's for versatile for medical, that's why it will save the NHS money."

This is not the first time Fran has shown to be thinking of others on a giant scale.

After building up a sizeable social media following she managed to make £100,000 for good causes from selling selfies to fans, even donating anonymously to fundraising pages of kids with cancer.