PHNOM PENH (Reuters) – Seven people were killed when an under-construction building in Cambodia collapsed early on Saturday, an official said, as rescuers struggled to reach dozens of missing workers feared trapped under a mountain of twisted steel and rubble. 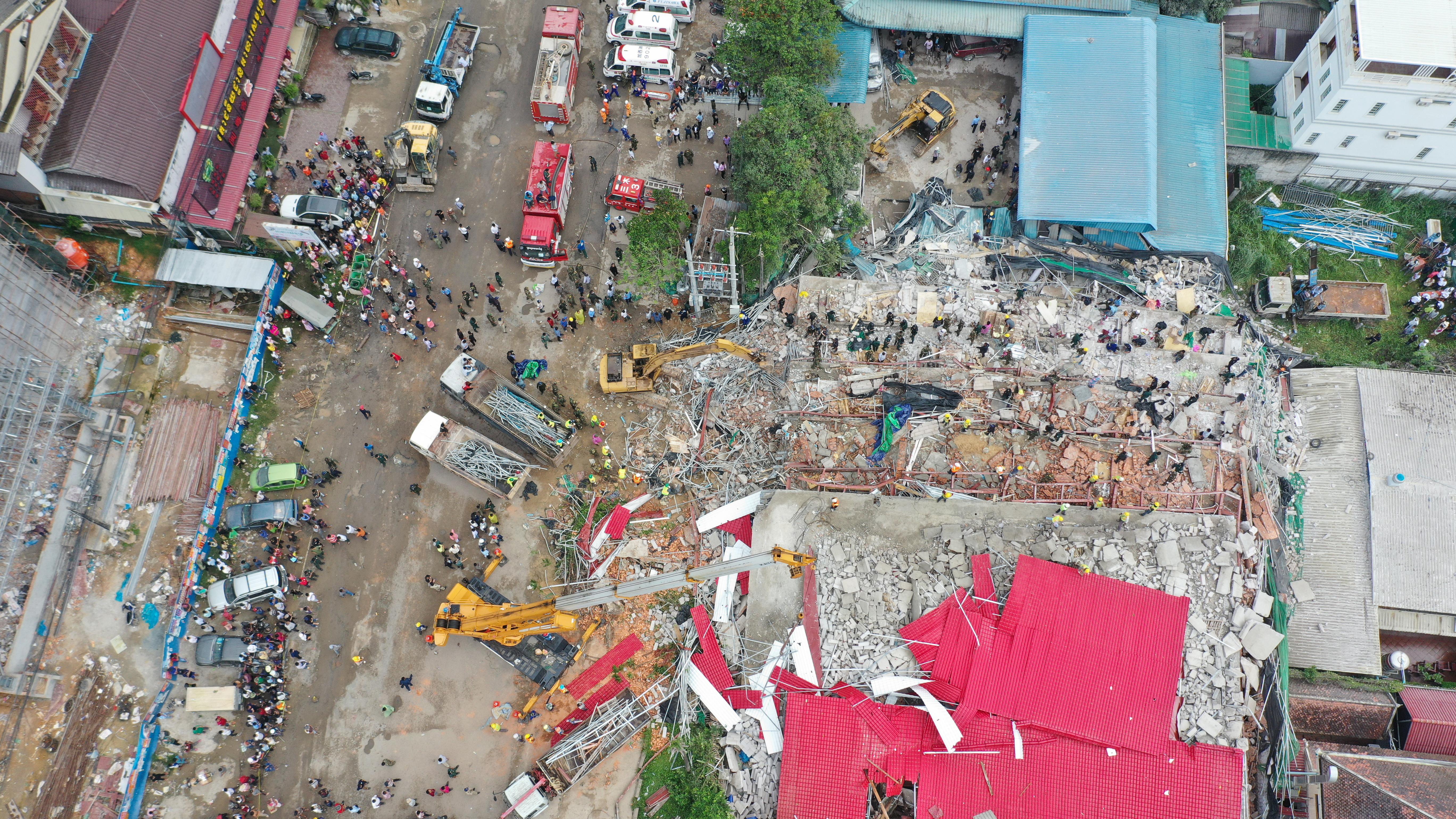 Twenty-two people were injured in the collapse of the seven-storey Chinese-owned project in the coastal town of Sihanoukville, west of the capital Phnom Penh.

M<ore than 30 people were still missing and feared trapped inside, said Oar Saroeun, spokesman for the local province of Preah Sihanouk.

“The steel structure has collapsed on itself and we don’t dare move it,” Saroeun told Reuters. “We can only wait and listen for any signs of life…

“We are afraid more of it will collapse on them…. We will work through the night to remove the steel.”

Photos of the scene shared on social media showed groups of rescuers working their way through a crumpled heap of steel girders and concrete.

Preah Sihanouk province and its largest town, Sihanoukville, has seen a rush of investment in recent years from China, especially into the casino, property and tourism sectors.

Home to Cambodia’s largest port and a Chinese Special Economic Zone connected to Beijing’s Belt and Road initiative, the town is also undergoing a construction boom to serve those growing crowds of Chinese tourists and investors.

The collapsed building is Chinese-owned, according to Saroeun.

Police have detained four people, including three construction supervisors, for questioning in relation to the accident, according to a statement from the province.