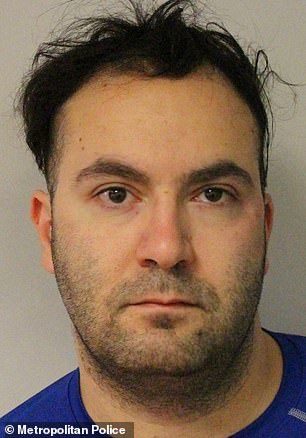 Amir Tofangsazan, 33, (pictured) used photos of a male model to pose as a world-class surgeon and a CPS barrister on online dating sites to dupe almost a dozen unsuspecting victims into lending him cash which he never paid back

A serial ‘romance fraudster’ who used dating apps to con women out of thousands of pounds was jailed today for trying to set up more frauds.

Amir Tofangsazan, 33, used photos of a male model to pose as a world-class surgeon and a CPS barrister on online dating sites to dupe almost a dozen unsuspecting victims into lending him cash which he never paid back.

Tofangsazan of Barnet, north London, was first jailed for seven years and nine months in 2015 after being convicted of 15 counts of fraud.

He began conning women again after getting hold of a phone while on day release from an open prison in 2018 – and was sentenced to another three years.

Tofangsazan was released from prison early and started his scam up again for a third time – but was rumbled when a victim became suspicious.

He initially denied the offences, but pleaded guilty at Wood Green Crown Court in November.

Today at the same court, Tofangsazan, of Barnet, north London, appeared by videolink from HMP Pentonville and was jailed for three years for breaching the conditions of a criminal behaviour order which banned him from using online dating apps.

Earlier in his decade-long scamming career, Tofangsazan used the stolen identities of his former bosses to set up fake job interviews with women hoping to start in secretarial roles and later invited them for drinks – but none fell for his scheme.

The ‘perverted’ fraudster even tricked one dating app victim into having sex with him by convincing her that he was a friend of the man she was dating – whose sexual fantasy was to see other men have sex with her. 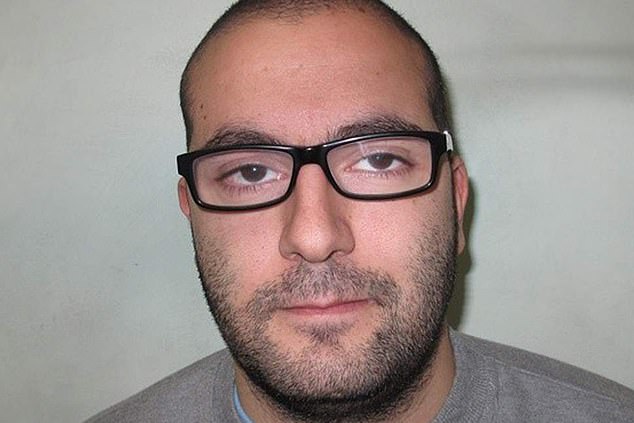 In 2018 – while serving time in HMP Ford, in West Sussex – Tofangsazan got hold of a phone on day release and used dating apps to con three more people into handing him money.

In 2019, he was sentenced to an additional three years, with the judge branding him a ‘committed fraudster’ who preyed on ‘lonely, vulnerable women’ seeking a romantic partner.

He was slapped with a criminal behaviour order (CBO), putting restricting on his mobile and laptop use and banning him from using online dating services.

After serving less than half of his second sentence he was released on November 4, 2019, and within a week he was back to his old ways and contacted three of his former victims on WhatsApp and on Tinder.

He initially denied the offences, but pleaded guilty at Wood Green Crown Court in November.

Today Tofangsazan appeared by videolink from HMP Pentonville and was handed a total of three years for breaching the conditions of the CBO.

Wood Green Crown Court today heard today how he was convicted nine times for 43 offences over the last 13 years.

Tofangsazan’s latest ‘catfishing’ scam – where someone lies about their identity online – was rumbled when one recognised a person she actually knew in one of his stolen photos and became suspicious.

Cops discovered that, despite being banned from dating sites, he had set up two dating profiles – using the same fake identities as before, and was chatting with women on a phone registered with police.

Detectives called him into the police station for an interview and he was charged with six counts of breaching his CBO by using Tinder, using Bumble, owning second and third mobile phones, not telling police he had a laptop, and not telling police he wasn’t staying at his registered address.

Jailing the conman, Judge John Dodd QC told him: ‘You stole the identify of essentially two men in order to worm you way into the affection and lives of women you met through internet dating sites.

‘I understand that practice is referred to was “catfishing”.

‘You behaved in an utterly disgracefully, and in some respects perverted manner to at least some of those women, and that criminality is reflected in that you received a substantial term of imprisonment.

‘Astonishingly, while still serving a sentence, and having been transferred at the end of that sentence to an open prison, you resumed that behaviour.

‘You started again to lie and deceive women, having set up false profiles on internet dating sites.

Amir Tofangsazan (pictured at Lewes Crown in 2019), 32, was first jailed for seven years and nine months in 2015 after being convicted of 15 counts of fraud

‘You chose two particular profiles representing yourself as either a barrister or trauma surgeon.

‘You stole the identities of two such individuals and used their photos to lure those women into your web of deceit.

He added: ‘As I understand it, you were seeking to re-establish contact with three of your victims.

‘I believe it is right to say that your motivation was to continue to target women whose you perceive to be vulnerable.

‘Its particularly sinister, in my view, knowing that they had previously fallen for your deception and you were now using a new false persona to target them once again. As if they hadn’t suffered enough already.

‘Although it’s right to say there are no substantive counts of fraud, your behaviour following your last release from prison demonstrates why the CBO is so important in your case.

Reading an extract from a psychiatrist’s report, he said: ‘You appear to hold an sense of ambivalent towards women, on the one hand desiring closeness but on the other hand feeling probable hostility towards them – it’s an alarming paragraph to read in her report.’

He added: ‘Your history reveals utterly abhorrent behaviour striking the souls of your victims.

‘You clearly have not yet learned any lessons of significance.’

One victim lost up to £4,000 after he contacted her on Tinder claiming to be a respected international trauma surgeon.

Tofangsazan told her he had worked in hospitals across the world and had a portfolio of properties and a fleet of expensive cars.

But he said he was having cash flow problems and needed money to renew his medical registration.

The victim agreed to hand over money and then made repeated payments to him which he then gambled away on an online betting account.

Another victim was so convinced that their relationship was genuine and long-term she handed over almost £15,000 to Tofangsazan.

The serial fraudster was released following his second conviction on November 4, 2019 and three days later he contacted two women – who previously gave evidence against him – calling himself Jason.

On December 10, 2019 he used a dating app to contact a women he had previously been in a relationship who knew him as Matt Fleming.

Tofangsazan was arrested on July 15 by officers from the Central Specialist Crime, Central Orders team on suspicion of breaching the terms of his CBO and fraud.