‘It’s double standards!’ Student, 22, slams ‘sexist discrimination’ at Paris museum as guard demands she cover her cleavage before being allowed in to view sculptures and paintings of naked women

A female visitor to a world-famous Paris art museum full of images of naked women reacted with fury after being ordered to cover up her own cleavage before going in.

The humiliating request by an official came as the 22-year-old student, who asked to be identified by her first name of Jeanne, visited the Orsay on Wednesday.

‘Today I was the victim, in front of a witness, of sexist discrimination based on my physique and my clothes at the entrance of the Orsay National Museum,’ she said. 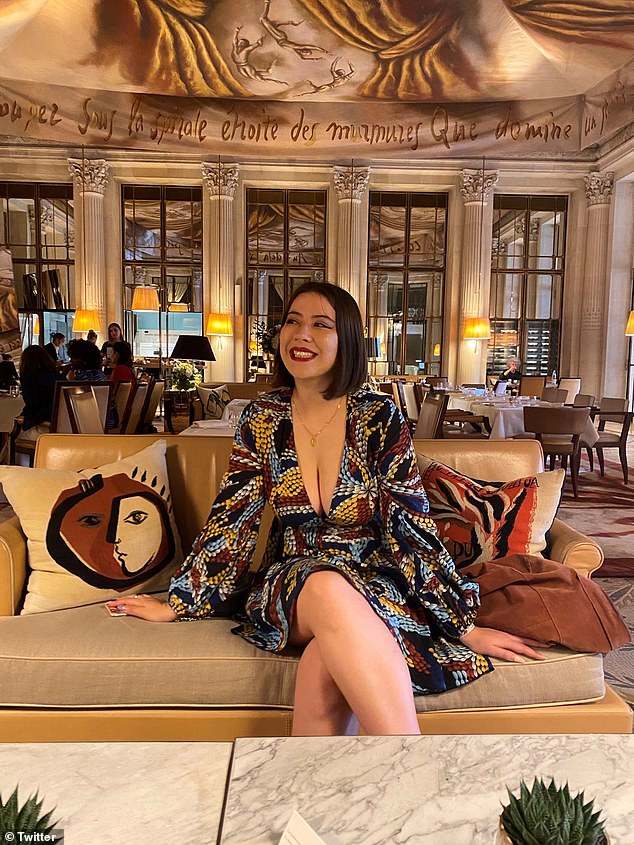 A 22-year-old student known only as Jeanne, pictured, was ordered to cover up her cleavage 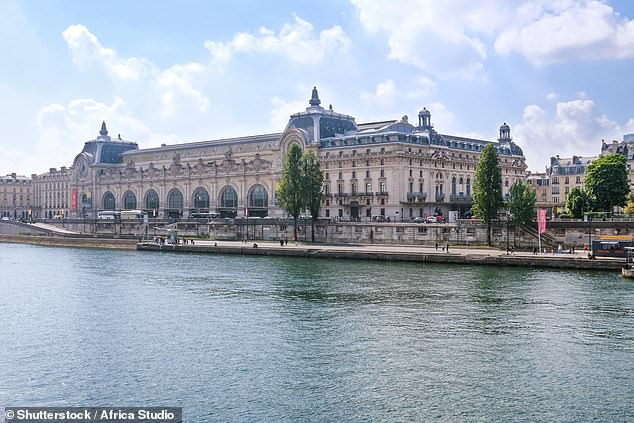 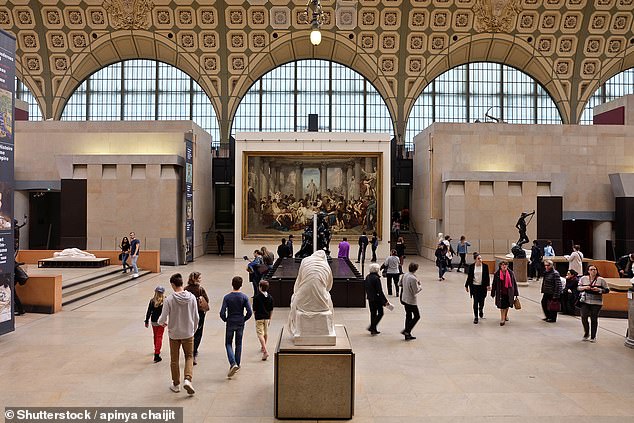 Jeanne said one of the staff members said ‘calm down, Madam’ when they asked her to cover up. She later wrote on twitter that the entire museum is full of paintings of naked women

Jeanne said male staff surrounded her as she stood in the queue on a sweltering hot day, and all appeared to be staring at her breasts.

One used the words ‘Calm down, Madam!’, and it was not until Jeanne put a jacket over her designer dress that she was finally let in.

‘I am not just my breasts, I am not just a body, your double standards should not be an obstacle to my right of access to culture and knowledge,’ she explained.

Jeanne had just had lunch at the Meurice, the five-star hotel, where she was pictured wearing the dress.

It was ‘not a problem there,’ she said, adding: ‘I wore it all summer. I feel good in it and it’s pretty.’

Jeanne and a friend reached the Orsay, which houses art treasures including the largest collection of Impressionist masterpieces in the world, at around 4pm.

‘Arriving at the entrance of the museum, I do not have time to take out my ticket, as the sight of my breasts and my ragged pageantry shocks an agent in charge of controlling reservations,’ Jeanne wrote.

The official allegedly said: ‘It can’t be, it won’t work’, as Jeanne realised ‘it was my cleavage that was the problem.’

‘They are staring at my breasts conspicuously,’ she wrote. ‘I was facing a circle of people who were putting me on trial over my appearance.’

Jeanne was particularly angry because her friend was wearing a crop top which showed off her navel, and nobody troubled her.

The security guard told Jeanne: ‘Put on your jacket, so I’ll let you in. Inside the museum, you do what you want, take it off if you want. I understand you, but it is the rules.’

Jeanne did not believe any such rules existed, but put her jacket on anyway to avoid a fuss.

The Orsay, which is set in an old railways station on the Left Bank of the River Seine, opposite the Louvre, issued a press release on Wednesday saying it ‘deeply regrets this incident’.

It apologised to Jeanne and said a receptionist had been spoken to about his behaviour. 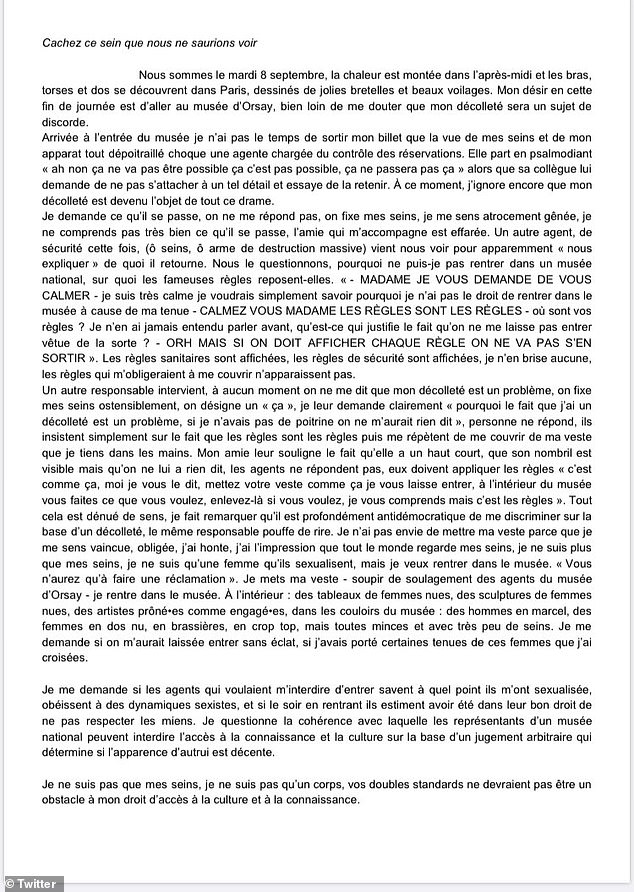