TERRIFIED tourists have been evacuated from a water park in the Canary Islands tonight after plumes of black smoke from a fire engulfed the rides.

Firefighters have been battling the huge blaze in Maspalomas in Gran Canaria for the last few hours. 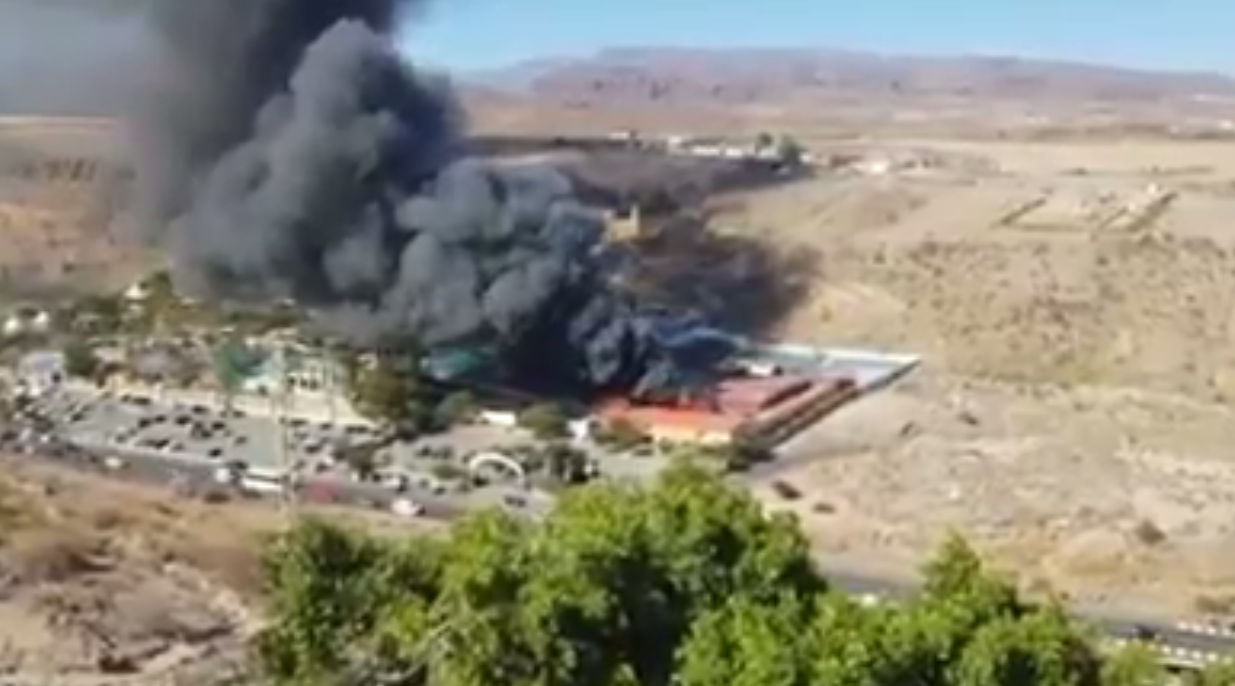 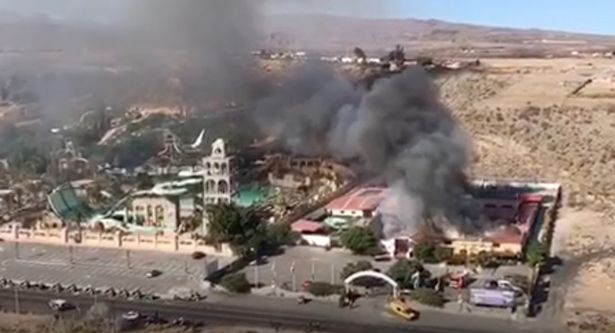 One person has been injured and has received treatment for burns to one of their legs.

The fire broke out in a building next to Aqualand at around 5.30pm local time and families enjoying the water attractions were told to leave immediately to escape the toxic fumes.

Holidaymakers ran for their lives, most still wearing their swimming costumes and covering their faces with towels.

Tourist Jorge Rodriguez said: "We were able to leave very quickly thanks to the technical and personnel team."

A spokesman for the fire brigade said an accumulation of rubbish inside the building made the fire spread rapidly.

Medics and police are also at the scene while firefighters searched the premises to make sure no-one was left inside or trapped.

The intense smoke was visible from several miles away and numerous people raised the alarm.

According to witnesses, the building in which the fire broke out was once used as a venue for celebrating events but is now a makeshift homeless shelter.

The emergency services are still on the scene.

Until the fire is brought under control, the extent of the damage caused will not be known. 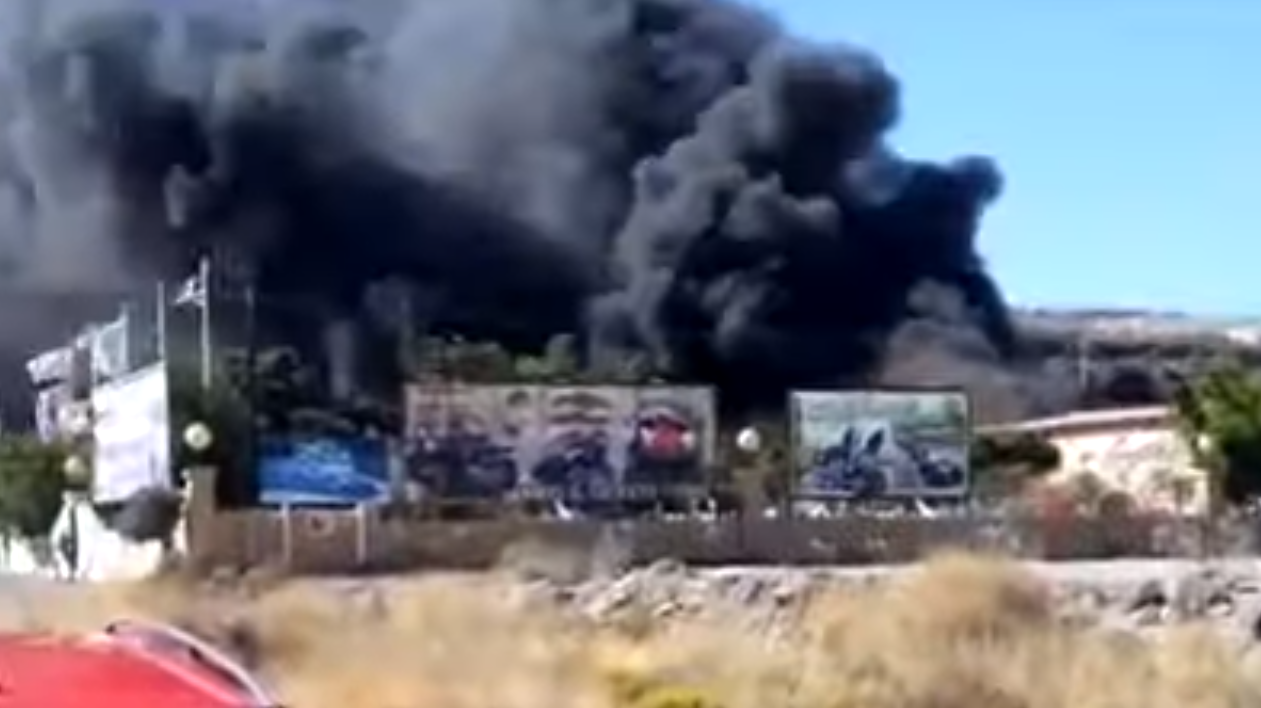 Lates News:
2019-07-29
Previous Post: McConnell condemns 'modern-day McCarthyism,' 'feckless' Obama policies, after pundits call him 'Russian asset'
Next Post: Outside fundraising groups plow ahead toward 2020, with or without Democratic nominee