Sandbanks will be ruined by 'Magaluf-style' flats, residents say 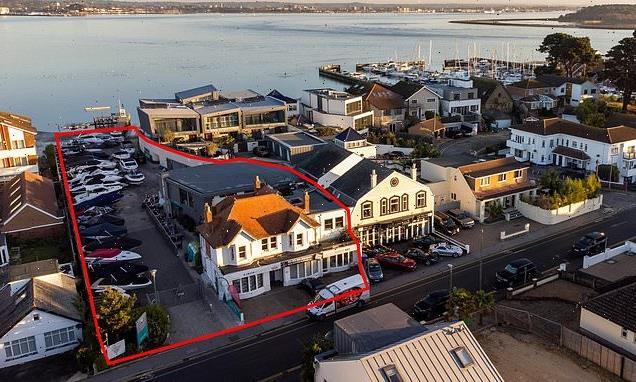 Sandbanks residents are warning that the area will be ruined if a ‘monstrosity’ of a four-storey block of ‘Magaluf-style’ flats is built.

The controversial development in Poole Harbour, Dorset, would consist of 15 luxury apartments over three floors with a restaurant and office space on the ground floor and parking for residents only at basement level.

Plans for the site in a quieter part of the Millionaires’ Row have sparked dozens of objections from well-heeled residents, including celebrity interior designer Celia Sawyer.

Mrs Sawyer’s luxury waterside home, which she shares with husband Nick, will be just yards away from the complex.

The couple called the new building a ‘monstrosity’ and a ‘grossly oversized development’ that is more in-keeping with the Spanish party capital Magaluf.

Others expressed concerns the ‘huge’ restaurant will lead to increased noise and ‘catastrophic and dangerous’ scenes, with customers jamming up the roads on the exclusive peninsula while looking for a parking space.

Another concern is that at four-storeys, the complex would dwarf residential housing around it and encourage other developers to build just as high.

Members of BCP Council are due to vote on the planning application tomorrow. 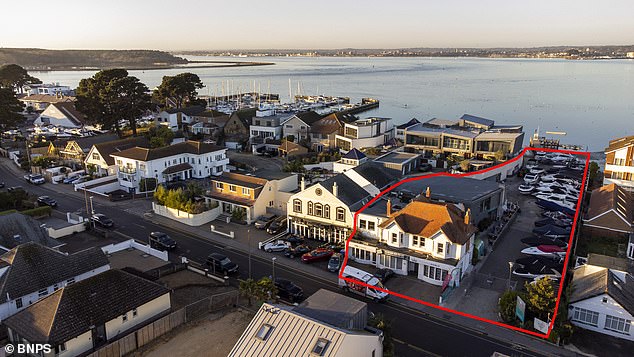 In red: The area where the new flats may be built. The controversial development in Poole Harbour, Dorset, would consist of 15 luxury apartments over three floors with a restaurant and office space on the ground floor and parking for residents only at basement level

It is earmarked for a prime harbourside plot that is currently used as a boat yard owned by the Sandbanks Yacht Company.

There is already a restaurant on the site for yacht club members but the new one would be more than twice the size of it with about 150 covers.

David Morley, chairman of the Sandbanks Community Group, said because there is no planned parking for restaurant customers it will be a free for all.

He said: ‘This is an application that is going to set the tone and pattern of future developments on Sandbanks in a very detrimental way.

‘We don’t oppose development but when something like this comes up – something that will take Sandbanks in the wrong direction – then we will dig in. 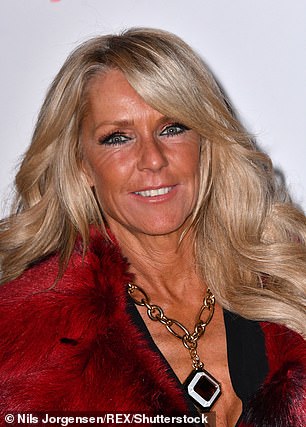 Plans for the site in a quieter part of the Millionaires’ Row have sparked dozens of objections from well-heeled residents, including celebrity interior designer Celia Sawyer

‘There is enough congestion on the roads in the summer months when Sandbanks is jammed, so adding a giant restaurant that will lead to extra traffic and parking in the neighbourhood would be a nightmare.

‘We also think that four stories is too high and it will be a great blob on the landscape.’

Mr Sawyer, cinematographer and food commercial director, said: ‘The reality is that there is nothing along this road that suits it.

‘I could understand if it was three storeys but there is not one other building which is four storeys high. It is Magaluf in style.

‘It’s huge and it’s not going to be able to facilitate parking. The underground car park will be for residents only – there is no parking for the restaurant. Where will they all go? There’s no space here as it is.’

Bill Soper, who is an architect and lives opposite the development, described the proposed development as ‘horrendous’.

Other residents who have written letters of objection to the local council say it ‘risks making Sandbanks a high rise unsightly part of Poole harbour’ that would ‘degrade the whole neighbourhood.’

In a statement, a planning agent acting on behalf of the applicants, Phoenix Spencer Ltd, said the new development would bring a lot of benefits to the area.

This would include new jobs and income to the local economy.

They said: ‘The character of the area continues to evolve with infill and redevelopment. New dwellings within the vicinity tend to be 3/4 storey in height and blocks of flats 4 storey in height.

‘The proposed building is completely appropriate to the nature of the site. 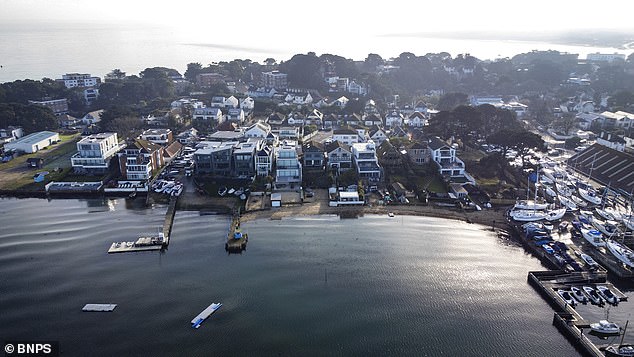 The controversial development being planned for a quieter part of the Millionaires’ Row in Poole Harbour, Dorset, has prompted dozens of objections from some of the well-heeled residents 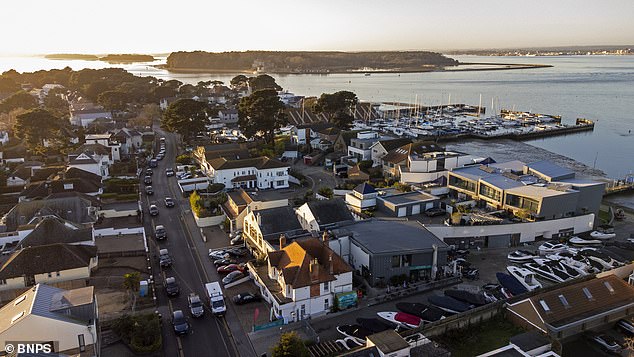 ‘The proposals will result in an improvement to the street scene with a building of good design.

‘It will provide employment within the commercial operations being proposed.. Additional residents within the area will contribute to the spend in local businesses and facilities and add to the local economy.

‘The development will provide good quality and attractive homes in a sought-after location which will meet persons aspirations and thus generate social wellbeing. The additional residents will contribute to the local community.’

Lates News:
2022-01-19
Previous Post: QuantumTech is Available for Trading on P2PB2B
Next Post: Bondage obsessive, 37, tried to groom 13-year-old by offering to be ‘sex friend’