Russia has installed nuclear missiles in Venezuela, according to a US Republican congressman, as tensions continue to mount in the country. The shock claim is reminiscent of the Cuban Missile Crisis during the Cold War, when nuclear war nearly broke out between Russia and the US over Russia military bases in Cuba. Republican congressman Mario Diaz-Balart made the bombshell claim days after Venezuelan president Nicolas Maduro squashed a coup attempt from opposition leader Juan Guaido. 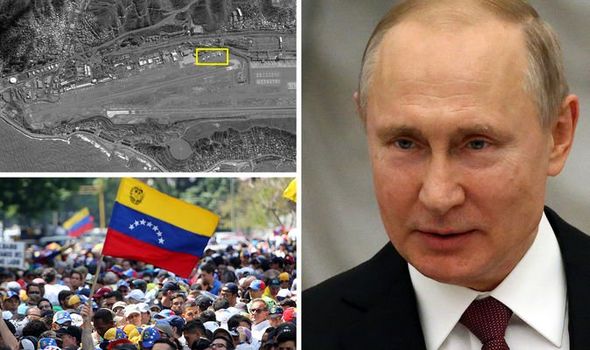 Speaking to Tucker Carlson on Fox News, Mr Diaz-Balart made the astonishing claims that, if true, would risk sparking a nuclear war in the Americas.

However, the Republican congressman did not offer any concrete evidence for his response.

He told Fox News that Russian, Chinese, Iranian and Hezbollah military were already in Venezuela and could use the country as a platform to attack the United States.

When asked whether he believed Vladimir Putin would invade the US, Mr Diaz-Balart said: “The closest we ever came to nuclear war was because the Russians put nuclear missiles in Cuba.”

What I am suggesting is that they are already there

Carlson continued his line of questioning and asked: “Are you saying the Russians will put nuclear missiles in Venezuela?”

Mr Diaz-Balart replied: “What I am suggesting is that they are already there”.

He suggested that the ongoing crisis was an “open door for the Russians and for the Chinese and for others to increase their activity against our national security interest”.

Despite the lack of evidence, the Russian military did land a nuclear-capable bomber in Venezuela in December 2018, but there have been no report that they were outfitted with nuclear bombs.

Earlier today, Mr Guaidó told the BBC that he is considering asking the US to launch a military intervention in the country.

Speaking to the BBC, he said he would “evaluate all options” to oust President Nicolás Maduro.

Last week the opposition figure launched a failed attempt to force Mr Maduro out of power.

The ongoing tension in the country has prompted Secretary of State Mike Pompeo to say that American military action in Venezuela is a possibility “if that’s what’s required”.