A runner has been fined £360 for breaking coronavirus rules after he reported his friend’s fatal fall in the Italian Alps.

Simone Massetti, 34, plunged 650ft from a ridge on Mount Palino in Lombardy while cross country running in Lombardy on Saturday.

His lifeless body was recovered by a helicopter later that day and his running partner, Paolo Pedroli, airlifted to safety.

Local officials have now fined 32-year-old Pedroli after finding that the pair had travelled six miles to the mountain in breach of coronavirus measures. 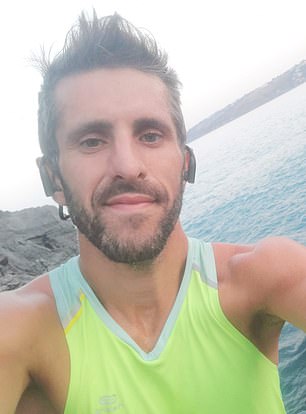 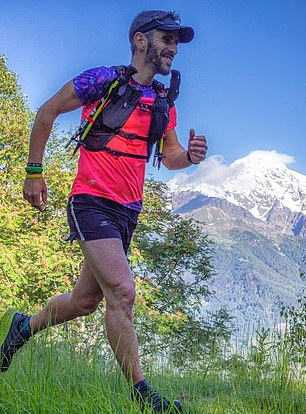 Simone Massetti, 34, plunged 650ft from a ridge on Mount Palino in Lombardy while cross country running in Lombardy on Saturday 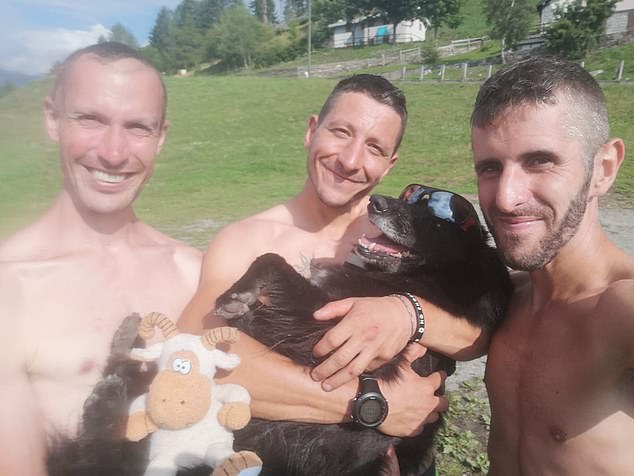 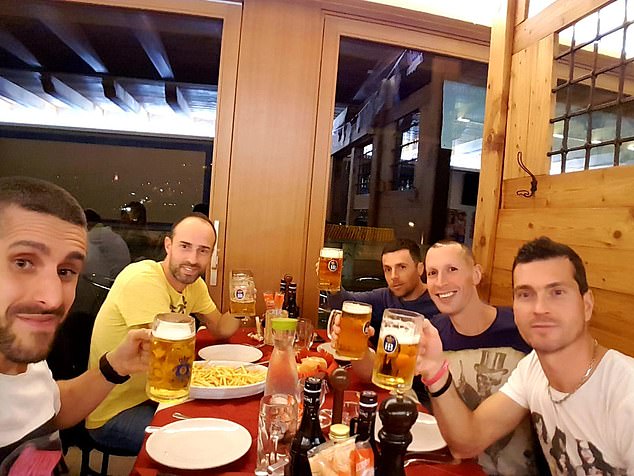 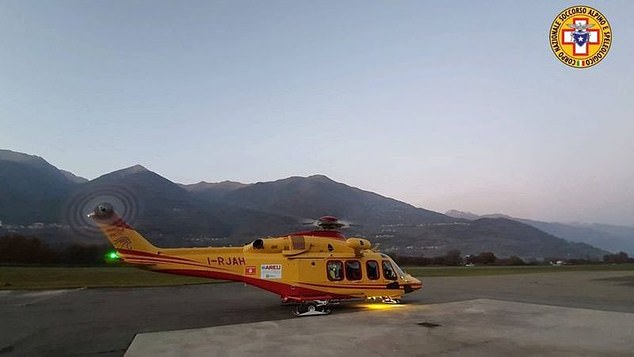 Rescue teams flew up to the 7,900ft mountain on Saturday to rescue Pedroli and recover Massetti’s body

Lombardy is under ‘red zone’ restrictions meaning that they are not allowed to leave their hometown of Sondrio to go running on Palino.

Under the Italian rules you may leave the house for exercise but only if you remain within your municipality.

Pedroli had called rescue services after his friend fell and a helicopter was dispatched to the 7,900ft mountain.

Massetti’s body had to be winched down a ravine while his partner was airlifted to town.

Pedroli has spoken out to say that those who have made accusations on social media about their breach of lockdown should ‘shut their mouths.’

‘Simone and his family do not deserve all this,’ Pedroli told news website La Provincia di Sondrio.

Pedroli refused to comment on the fine, saying that it was the least of his concerns and that he was still in shock after the death of his friend.

His fine could, however, rise by another 100 euro (£90) if the pair were found to have travelled out of their area by car, Italian daily Corriere della Sera reported.

In one of Massetti’s last Facebook posts he had asked whether someone from Sondrio were allowed to ‘breathe the fine air of Valmalenco,’ adding jokingly that he was ‘asking for a friend.’

Massetti’s funeral was held yesterday and many athletes, including an Italian Olympian, paid tribute to him online.