SHANGHAI (Reuters) – The Massachusetts Institute of Technology and at least one other university have research partnerships with a Chinese artificial intelligence company that has business ties with police in China’s Xinjiang region, where a sweeping crackdown on Uighurs has drawn international condemnation. 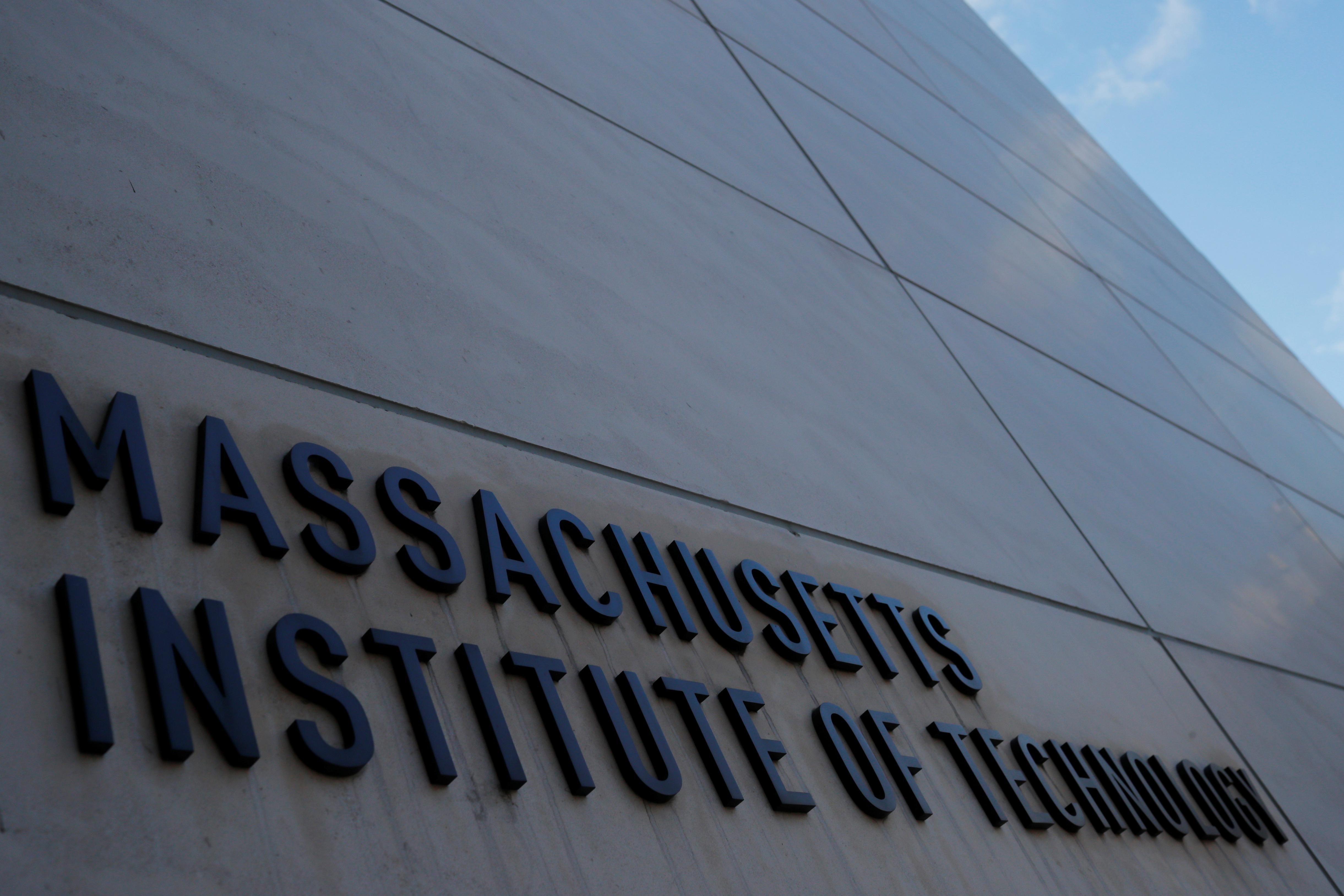 A 2016 government procurement announcement named a subsidiary of iFlytek as the sole supplier of 25 “voiceprint” collection systems to police in Kashgar, a city in Xinjiang. Another iFlytek subsidiary signed a “strategic cooperation framework agreement” with Xinjiang’s prison administration bureau, according to a May 2017 company blog post on social media platform WeChat.

Authorities can use voiceprint technology, which captures the unique signatures of a person’s voice, to help track and identify people, human rights activists say.

Reuters found no evidence that any of the universities were directly involved in creating technology for iFlytek, or that their work was intended for use in Xinjiang, where Uighurs, a Muslim minority group, are kept under tight surveillance, including in “reeducation camps.”

Still, some U.S. universities are taking a closer look at their collaborations with Chinese technology companies in light of the U.S.-China trade conflict, Washington’s scrutiny of telecommunications equipment maker Huawei and reports of human rights abuses in Xinjiang.

MIT, for instance, announced in April that it would sever ties with Huawei and rival ZTE, which the U.S. government says are a security risk. Other institutions, including the University of California, Berkeley, have also halted funding from Huawei for all research partnerships.

iFlytek declined to comment on its business with China’s security agencies in Xinjiang and elsewhere in the country. In a statement sent via WeChat, a representative told Reuters that “some of the cooperation and content relates to security matters.”

The company added that the research at MIT is “based on the common understanding of using artificial intelligence to build a beautiful world” and that iFlytek was a “socially responsible company.”

The projects relate to AI in health care; speech recognition; and what CSAIL described in its announcement as creating “more human-like AI.”

“CSAIL understands and has considered the concerns that have been raised about this work,” lab spokesman Adam Conner-Simons said in an email to Reuters. “But (we) decided it was nevertheless appropriate to continue because the results of all three projects can be published in open scientific literature, and the research is not expected to have immediate applications.”

Randall Davis, one of the MIT researchers, said iFlytek had not interfered with his health care-focused research, which relates to using AI-powered analysis to help diagnose cognitive decline.

“We want a system that really understands what you’re talking about or what you really want by the look on your face,” said Davis, a professor of engineering and computer science.

He added that iFlytek had not sent anyone to work in his lab and does not have exclusive access to the results of his research.

Dana Penney, director of neuropsychology at Lahey Hospital and Medical Center in Burlington, Mass., who is working with CSAIL, said the research was “of the highest ethical and professional standard.” Jim Glass, who is doing language-related research at MIT, said iFlytek had not interfered with his team’s work.

Joshua Tenenbaum, a professor of brain and cognitive sciences who is also conducting research at MIT as part of the partnership with iFlytek, did not respond to requests for comment.

In November 2017, China’s Ministry of Science and Technology named iFlytek, founded in 1999, a national champion in voice-related AI.

China Mobile, the state-owned telecommunications operator, is iFlytek’s largest shareholder, with a 12.85 percent stake, according to its 2018 annual report, released in April.

A procurement announcement from Kashgar’s public security bureau, dated May 13, 2016, lists a wholly owned subsidiary of iFlytek, iFlytek Intelligent Information Technology Co Ltd, as a supplier of 25 voiceprint collection systems. Reuters could not verify with iFlytek or Xinjiang authorities whether the contract had been fulfilled.

On May 3, 2017, another iFlytek subsidiary, whose name translates as “Xinjiang iFlytek,” signed the strategic agreement with the Xinjiang prison administration bureau to cooperate on interpreting and translating human speech and judicial documents, according to a post dated May 6, 2017, on an iFlytek company blog.

Government procurement databases contain 31 other documents naming iFlytek Intelligent Information Technology or a previous name for the same company as a supplier of voiceprint-related products or services to 25 police departments in China and the Ministry of Public Security between 2014 and 2018. Most documents were from police departments in Anhui, the province in eastern China where iFlytek is based.

Eight police departments and the Ministry of Public Security confirmed that they had used or were still using iFlytek voiceprint-related technology; nine could not be reached or referred the requests to other departments that could not be reached; five said they were unaware or unclear about such contracts; and three declined to comment.

Gao Kang, a police official in Jixi County, Anhui province, confirmed that his department had purchased iFlytek voiceprint collection equipment in 2015 and was still using it.

“Suspected criminals or people suspected of having broken the law must have their voiceprints collected when they enter our case-processing area,” he said by phone.

Maya Wang, a senior researcher at Human Rights Watch, said she and a colleague interviewed people in Xinjiang in May 2018 who had been taken to a police station and asked to read a newspaper, sing a song or tell a story in front of a machine that appeared to be recording them. iFlytek declined to comment on whether this was its technology.

Activists say China is holding more than 1 million people in detention camps in Xinjiang. The authorities have deployed a range of biometric technologies to track the population.

China has said that its actions are justified by a need to clamp down on Islamist extremism, and in March, the Xinjiang  governor called the camps “boarding schools.”

Although the MIT donation is the latest in a series iFlytek has made in recent years for research, the company has other collaborations in North America.

In October 2015, York University in Toronto, Canada,  announced that iFlytek had given the university’s Lassonde School of Engineering $1.5 million to create a neural computing and machine learning laboratory and to endow a professorship.

Yanni Dagonas, a York University representative, said in an email that iFlytek’s 2015 gift supported existing research, that the results of the research are made public, and that the research is not related to voiceprint technology.

“York does not accept gifts when a condition of such acceptance would result in an abridgement of academic freedom or integrity,” the statement read. The university added that it was unaware of the company’s business in Xinjiang.

In April 2017, Rutgers Business School announced it had accepted $1 million from iFlytek for a five-year effort to create a Big Data Laboratory exploring data mining and “business intelligence,” among other things, according to the school’s website.

The school, in a statement, called the work “research in data-mining methods that could be used by the company to improve its marketing effectiveness.” It said the agreement had been ended mutually in February, without saying why.

In its 2018 annual report, iFlytek touted what it called “strategic cooperation” with Princeton University. The partnership covers applied and computational mathematics, it said in a post on its website that was inaccessible on Wednesday.

Ben Chang, a Princeton spokesman, confirmed in a statement that iFlytek had made “a gift to support basic research conducted by one faculty member” but said there was no strategic cooperation agreement. Faculty must follow a due diligence process before signing agreements, he added.