Revealed: The border that could see military conflict between Trump and Putin

There is something of a military standoff on the Venezuela-Colombia border as the war of words between Nicolas Maduro and Colombian President Ivan Duque escalates. Last week, Duque compared Maduro to Serbian war criminal Slobodan Milosevic – a former socialist president of Serbia who had ordered the killing of opponents and also imposed censorship on the media. Before that, Communication Minister in Caracas Jorge Rodriguez was animated in his criticism of Bogota, saying: “The Colombian oligarchy wants to lay the ground for an armed aggression against Venezuela.” In September, Rodriguez referred to the Colombian soldiers on the border as “terrorists” and even addressed the Colombian President Ivan Duque directly, calling his country a “failed state”.

With hostility being reciprocated from both sides, the situation could lead to a clash between the US and Russia, with Trump a strong ally for Bogota and Putin propping up Maduro in Caracas.

US troops recently left Venezuela surrounded by opponents as they touched down in Guyana to the east, while Colombia remains defiant to the west.

But Russian troops are also stationed in Guyana, meaning any conflict that ensues could bring the US and Russia into the same fight.

Phil Gunson, analyst and Venezuela expert for International Crisis Group based in Caracas, believes violence is a big possibility. 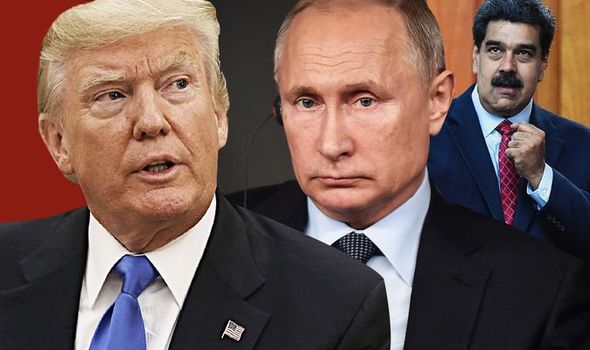 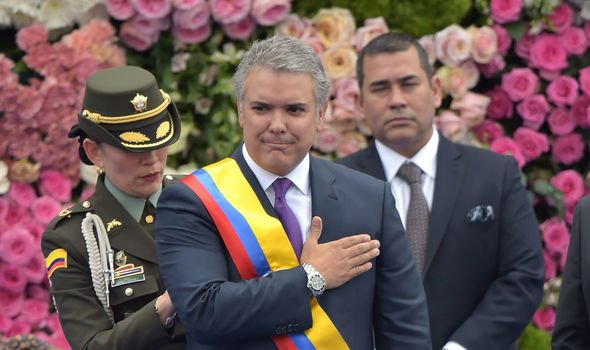 He said: “I think there is a risk (of military clashes), there’s a significant risk.

“There are major tensions between Venezuela and Colombia with mutual accusations being thrown back and forth, the Venezuelans saying that Colombia wants to invade and overthrow Maduro, the Colombians saying Maduro is harbouring, financing and training Colombian guerillas.”

Coinciding with the war of words is a standoff between the two countries’ troops, but there is also a presence of criminal groups adding to the danger on the border.

Mr Gunson continued: “The border itself is a very long border and is extremely volatile, it’s not only infested with armed groups in uniform, but there are also criminal groups with a huge amount of contraband going across.

“If somebody was interested in sparking some kind of conflict between the two countries it wouldn’t be that hard to do. 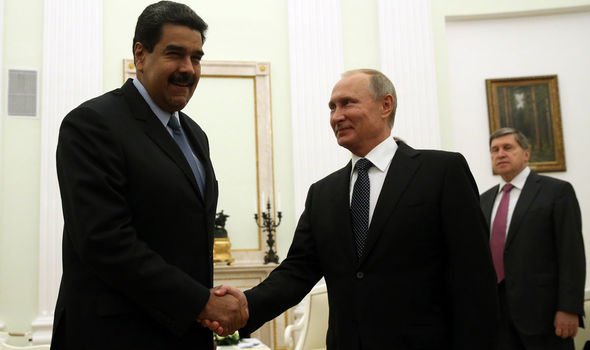 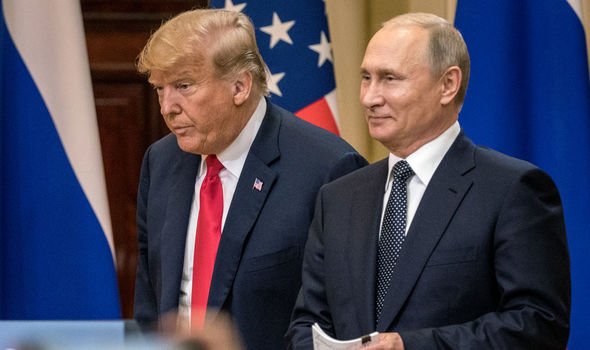 “Incidences could get out of control, and there are factions in Colombia that are itching to find a way to act militarily against Maduro.”

However, should this happen, Mr Gunson believes the US would have no choice but to defend their ally against Moscow-backed Venezuela.

He added: “Of course Colombia is the US’ principal ally in the region, so if Colombia was able to present itself as the victim of an armed aggression it would be hard for the United States to stay out of it. 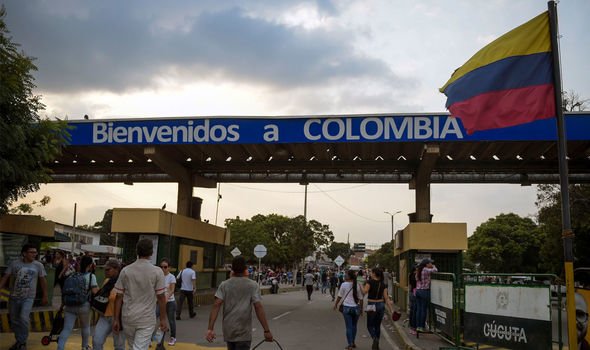 “If President Duque can prove that Venezuela is a base for a planned attack on his country, that’s very serious because it could lead to the UN agreeing that Colombia has to be defended against Venezuelan aggression.

“The border is the most dangerous area, it’s the place where a flashpoint could occur and, were that to be the case and there was a bilateral military conflict between Colombia and Venezuela, it wouldn’t just be the US involved, but Russia as well as the whole region would have to become involved.”

Mr Gunson does acknowledge however that conflict would not be in either side’s interests, and Venezuela would be foolish to instigate conflict given Colombia’s military superiority.

The US and Russia will do everything in their power to avoid conflict, but with tensions growing on the border, a diplomatic tussle could be imminent once more.