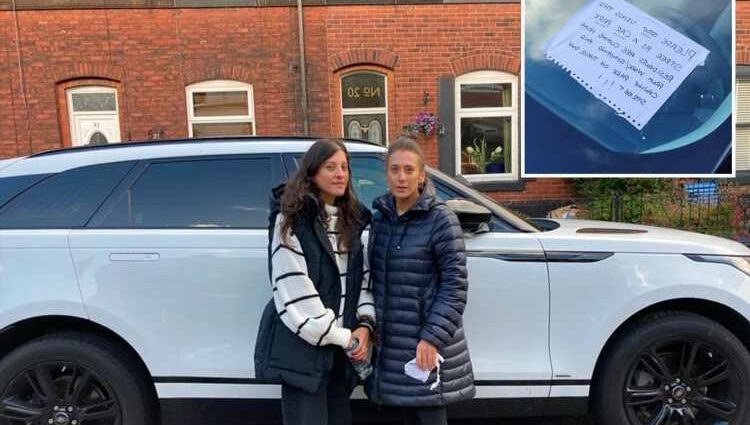 A WOMAN has defended sticking "no parking" notes on two "selfish" sisters' Range Rovers, insisting: "I'm not nasty or malicious."

Ellie Newman, 36, and Jordana Timeyin, 39, park their £45,000 black and white Range Rover Velars on a street close to where they work in Whitefield, Greater Manchester. 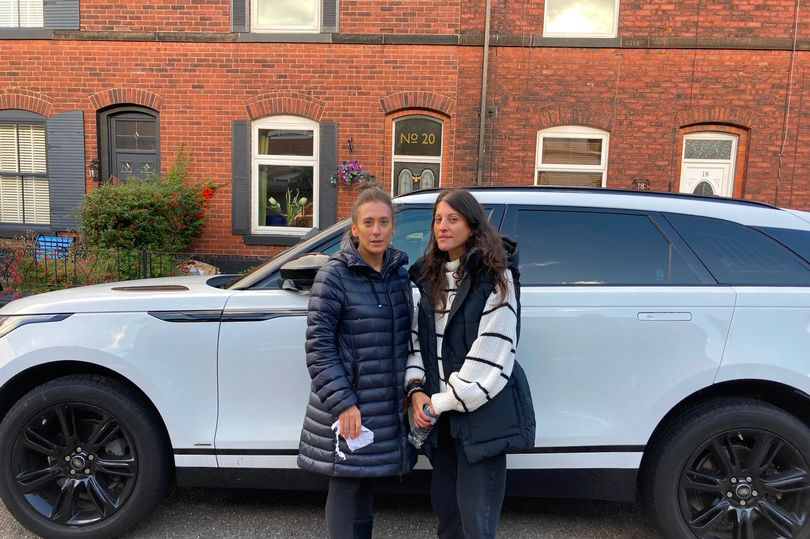 But the sisters accused locals of "criminal damage" after their cars were scratched and several notes were left on their windscreens – including some stuck to the glass with glue.

Now, a neighbour – who asked not to be named – has claimed she had already asked politely a number of times in previous notes and had had enough when her disabled friend could not visit.

She insisted she is not "a nasty person" and said her actions are "not criminal damage".

The woman said: "My friend wanted to visit, I was making him a dinner as he can barely walk now without a stick and can't stand up to cook.

"Without being able to park right outside, he couldn't walk down the street, so he couldn't come."

The woman added: "I am not a nasty person and would not do anyone a bad turn. But this has been going on for 12 months.

"There is a back to the shops where they work and I am sure they could park there.

"I make no apologies, I have not been rude or malicious."

Ellie told how she discovered a note stuck with silicone to
the windscreen of her black Range Rover after she finished work on Thursday.

"Residents are coming home from work/shopping and can not park on their own street!"

The local resident added: "It is not criminal damage, the substance I stuck it on with was easy to peel off. It was like a plasticine.

"It was a reasonable request, I was not rude.

"I just explained how things were from a resident's viewpoint.

"If you are parking there all day you must know you are causing a problem for somebody.

"I don't like seeing how we have become a very selfish society. I have no time for it."

Ellie and her sister Jordana earlier insisted they are perfectly within their rights to park there, as they both pay tax.

She said: "There are no yellow lines. We work in the area and this is what we pay road tax for.

"Our offices have been there 20 years. This has happened about four times.

"We have had our car scratched and around four notes left, stuck on
with super glue, gaffer tape and now silicone.

"This is criminal damage."

Friend and colleague Rachel Shard, 41, said she used to park her own
vehicle on another nearby street, but also suffered vandalism.

She said: "It was costing me to get my car repaired so I won't park
here anymore.

"I think it is jealousy."

Ellie says she has logged the incident to the police online.

According to the official RAC parking guide: "It is perfectly legal to park outside someone’s house, unless the vehicle is blocking a driveway or a wheel is over a dropped kerb.

"Other situations in which parking isn’t permitted include streets governed by residents’ parking permits or any of the restrictions outlined above, i.e. double yellow lines."