R Kelly charged with underage prostitution after paying girl, 17, to ‘dance naked and engage in sex acts’ – The Sun

R KELLY has been charged with prostitution over claims he paid a 17-year-old girl $200 to dance naked and engage in sex acts in a hotel room.

The I Believe I Can Fly singer, 52, is accused of soliciting the girl after meeting her before a concert in Minneapolis, US, in 2001. 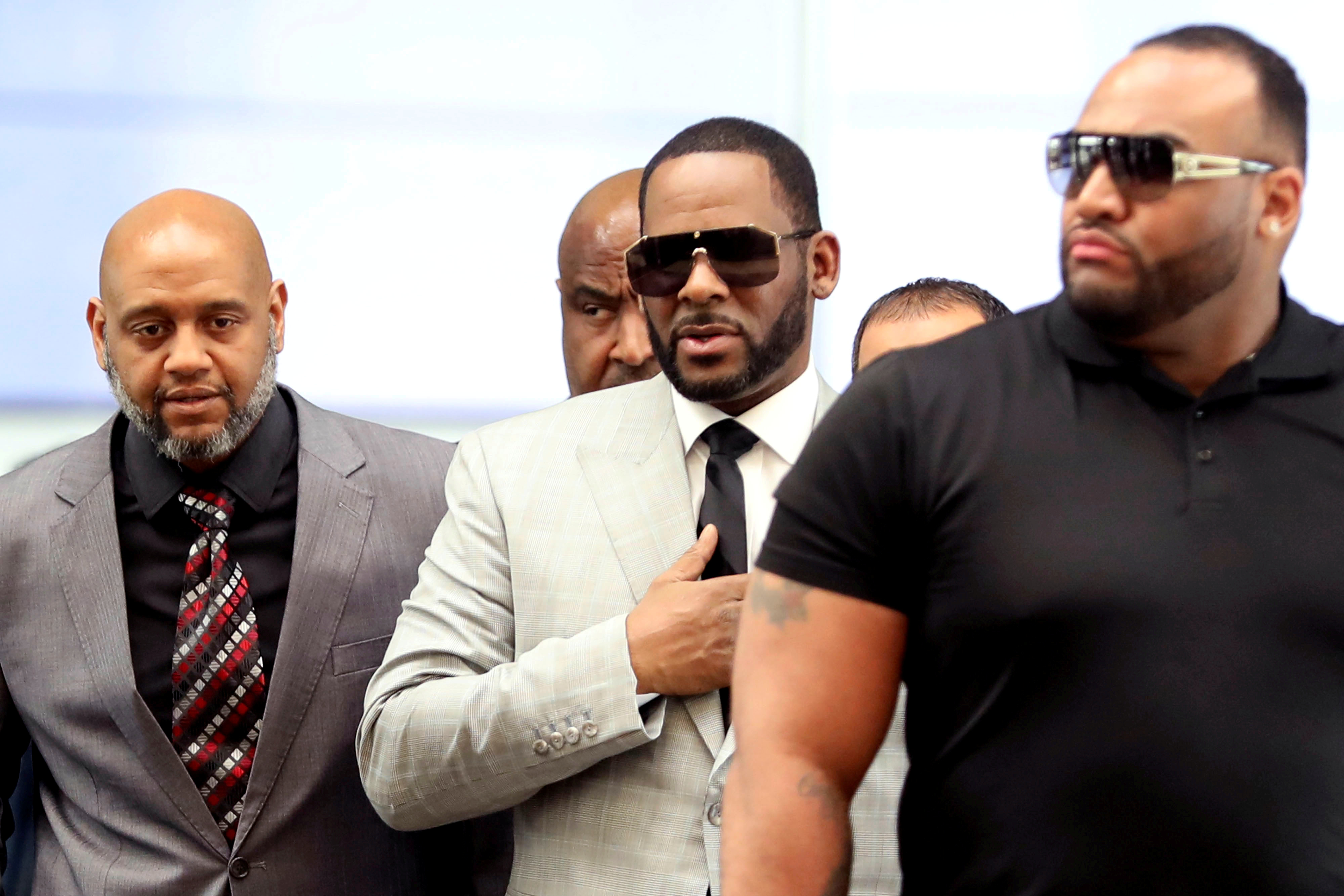 This is the latest in a string of allegations against Kelly, who was charged with ten counts of aggravated criminal sexual abuse earlier this year.

Attorney Mike Freeman said the girl was trying to get an autograph from Kelly, and that the R&B performer gave her his phone number.

When the girl called the number, she was invited to a hotel where Kelly, whose full name is Robert Sylvester Kelly, was staying.

Kelly took his clothes off and they danced together, according to the claims.

The girl said Kelly lay on his bed and the girl climbed on top of him "body to body”, according to a criminal complaint.

"According to victim, the defendant was rubbing her body" and fondling himself, according to the complaint.

"Victim stated that the defendant touched all over her body."

The sexual activity did not include intercourse, Mr Freeman added.

The girl later attended Kelly's concert "as a guest who did not have to pay", according to the complaint.

She told her brother what had happened in Kelly's hotel room.

The charges are felonies, each punishable by up to five years in prison.

The Grammy-winning performer's lawyer, Steve Greenberg, posted a message on Twitter saying, "Give me a break. This is beyond absurd."

Kelly was jailed in New York last month after he was charged in Brooklyn and Chicago with numerous sexual misconduct felonies.

An indictment filed in federal court in Brooklyn last month accuses Kelly of running a criminal scheme in which he recruited women and underage girls to have sex with him.

He is accused of isolating them and often controlling what they ate and when they went to the bathroom.

Kelly was charged separately in Chicago with having sexual contact with five minors and recording sexually explicit videos of some of them.

He is also accused of using threats and bribes to silence his alleged victims.

In February, prosecutors in Cook County, Illinois, charged Kelly with 10 counts of aggravated sexual abuse of an underage victim.

The criminal cases were brought after seven women, including Kelly's wife, appeared on a Lifetime television documentary in January accusing him of emotional and sexual abuse.

The performer has denied abuse allegations for decades.

In 2008, he was tried on child pornography charges and acquitted.

The Hennepin County prosecutor said the singer remained in custody in New York, "so exactly the time he will come to Minnesota is not clear."