RULE Britannia and Land of Hope and Glory have been sung by the Proms choir after weeks of controversy over their lyrics.

The BBC previously said the pieces would be performed without lyrics but executed a U-turn following heated debate over the decision. 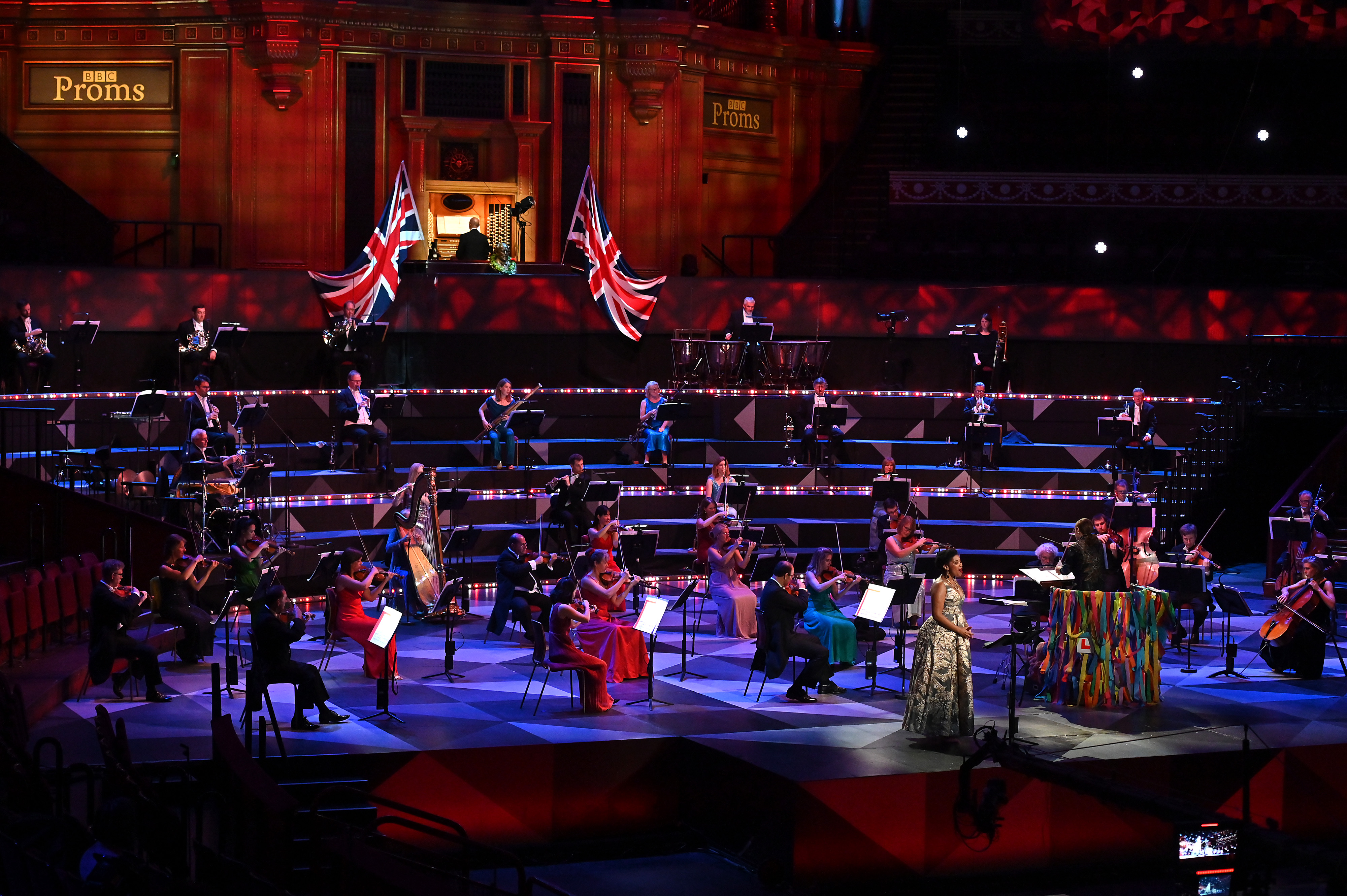 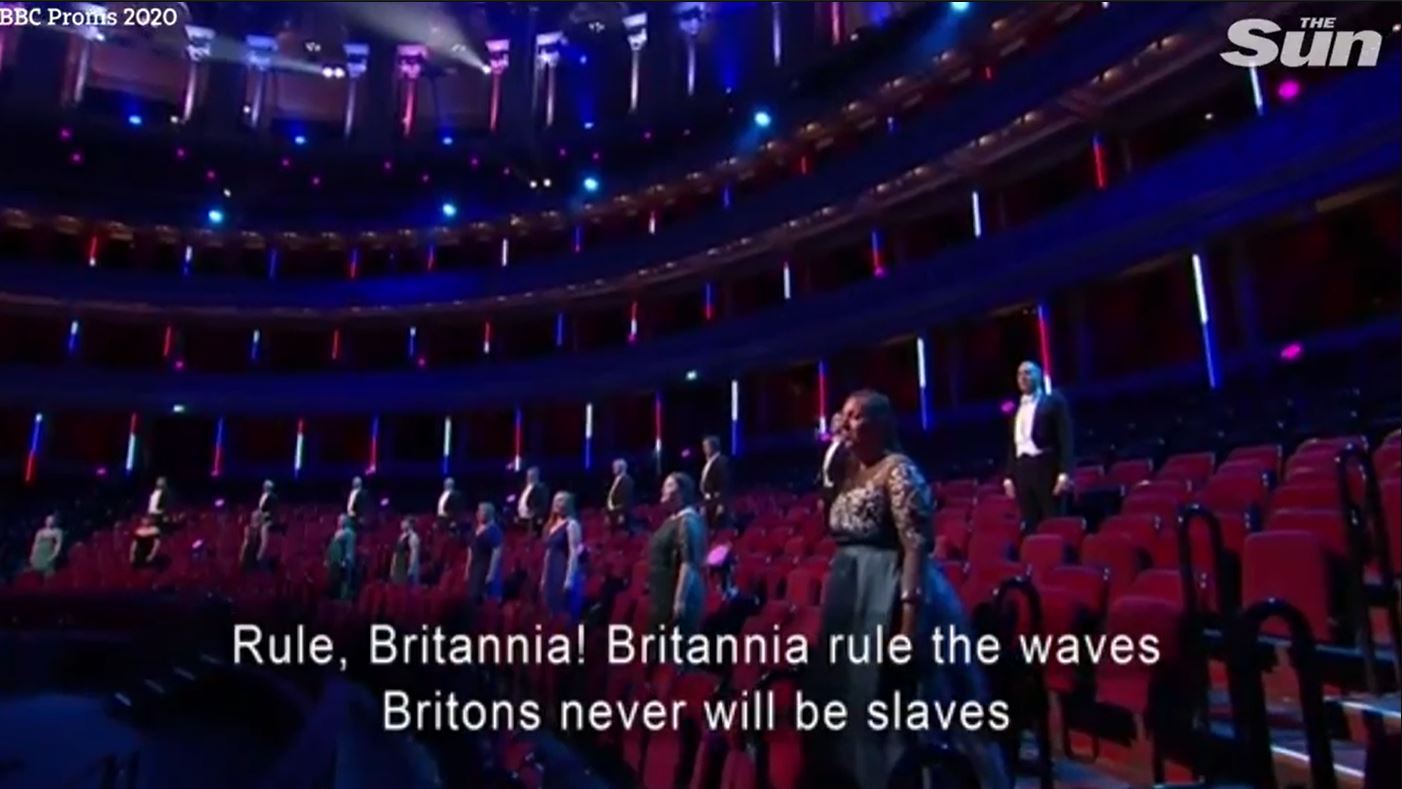 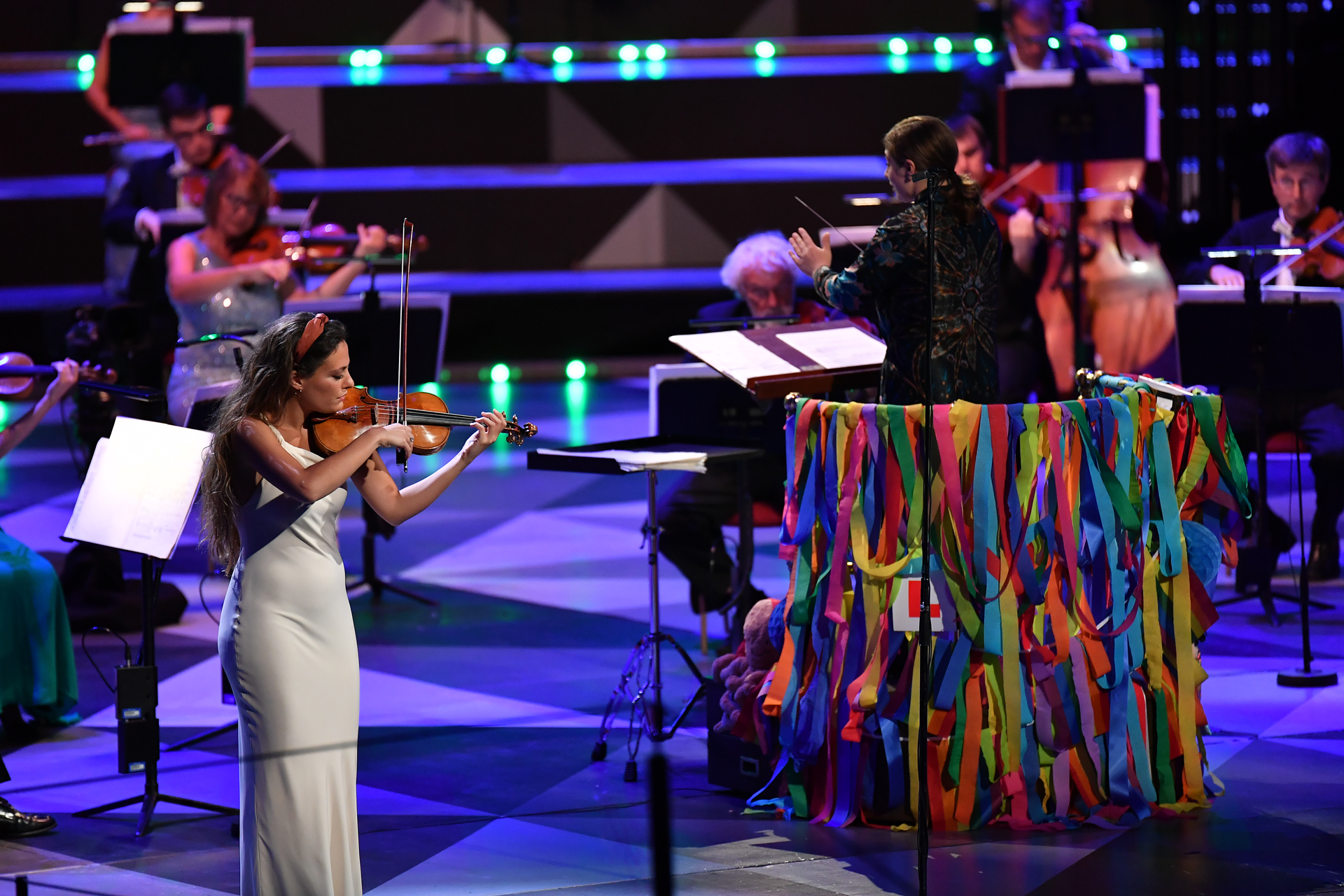 Organisers of the BBC Proms originally said the songs would be featured as orchestral versions instead, due to "offensive" lyrical connotations about the British Empire.

The decision sparked backlash online, with Laurence Fox leading calls to defund the BBC as a result.

More than 30,000 others signed a Change.org petition entitled 'Save Rule Britannia and Land of Hope and Glory from Last Night of the Proms exclusion'.

The petition reads: "If the BBC excludes these songs from The Last Night of the Proms, the lives of patriotic Britons of all colours and creeds will be diminished by this insensitive act of cancellation.

"We believe that patriotic songs matter and we call upon the Director General of the BBC and the head of BBC Music TV Commissioning not to betray our patriotic heritage."

Some of the lyrics deemed controversial in the songs include the Rule, Britannia! lines: "Britons never, never, never shall be slaves", and: "The nations, not so blest as thee / Must, in their turns, to tyrants fall / While thou shalt flourish great and free: The dread and envy of them all."

Boris Johnson waded into the row and said: "I think it's time we stopped our cringing embarrassment about our history, about our traditions, and about our culture, and we stopped this general fight of self-recrimination and wetness, I wanted to get that off my chest."

When Britain first, at heaven's command,

Arose from out the azure main,

This was the charter of the land,

And Guardian Angels sang this strain:

The nations not so blest as thee

Must, in their turn, to tyrants fall,

While thou shalt flourish great and free:

The dread and envy of them all.

More dreadful from each foreign stroke,

As the loud blast that tears the skies

Serves but to root thy native oak.

All their attempts to bend thee down

Will but arouse thy generous flame,

But work their woe and thy renown.

To thee belongs the rural reign;

Thy cities shall with commerce shine;

All thine shall be the subject main,

And every shore it circles, thine.

The Muses, still with freedom found,

Shall to thy happy coasts repair.

And manly hearts to guard the fair.

Land of Hope and Glory lyrics

Land of Hope and Glory

Mother of the Free

How shall we extol thee

Who are born of thee?

Shall thy bounds be set;

God, who made thee mighty

Dear Land of Hope, thy hope is crowned

Once more thy crown is set

Have ruled thee well and long;

By Freedom gained, by Truth maintained

Thine Empire shall be strong

Thy fame is ancient as the days

As Ocean large and wide: A pride that dares, and heeds not praise

A stern and silent pride

With what our sires have won;

Ms Stasevska, the conductor, spoke out amid the controversy to say she played no role in the decision to strip the pieces of lyrics.

The BBC Proms later said that "both pieces will now include a select group of BBC singers. This means the words will be sung in the hall, and as we have always made clear, audiences will be free to sing along at home".

A reduced orchestra of 65 instead of the usual 300 performed live at the Royal Albert Hall – and there was no audience due to coronavirus restrictions.

The singers were placed in the stalls to ensure social distancing.

Violinist Nicola Benedetti stepped in to perform during The Lark Ascending by Vaughan Williams after Lisa Batiashvili pulled out due to illness.

Introducing the show, host Katie Derham said: "Our orchestra, singers and some very special guests are standing by for an evening of classical treats, show songs and all your traditional favourites."

The show was screened in the grounds of the Royal Hospital Chelsea to a socially distanced audience of hundreds.

The BBC said: "While it can't be a full choir, and we are unable to have audiences in the hall, we are doing everything possible to make it special and want a Last Night truly to remember.

"We hope everyone will welcome this solution. We think the night itself will be a very special moment for the country – and one that is much needed after a difficult period for everyone."

The U-turn came after director-general Lord Hall was succeeded in the role by Tim Davie, the former chief executive of commercial arm BBC Studios.