Post Premium: Top stories for the week of Aug. 29-Sept. 4 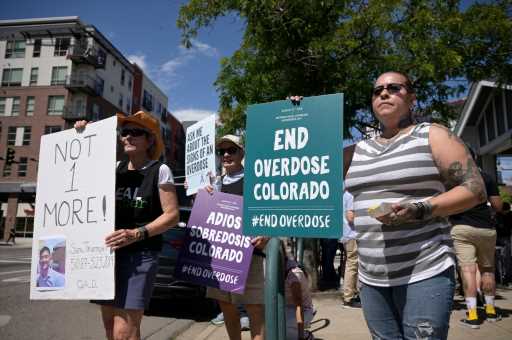 In November 2018, the city council positioned Denver to be on the leading edge of an alternative approach to addressing illicit drug use and the wave of overdose deaths that was — and still is –sweeping the country.

With a 12-1vote, the council approved a framework for creating a government-sanctioned supervised drug use site in the city. Once opened, the pilot site, also known as an overdose prevention center, would allow people to inject heroin and use other drugs under the watch of medical professionals rather than risking an overdose in their home or car or a park or a public restroom.

The only condition was that the state legislature had to pass a law clearing the way for a supervised use facility in the state. Nearly four years later — with more than 1,200 drug-related deaths recorded in Denver over that span, according to medical examiner data — the Colorado General Assembly has not cleared that path. And now the political hurdles, at least within the state’s borders, seem higher than ever.

In the 2022 session, the biggest piece of drug legislation that passed out of the statehouse focused on creating more resources for combating the widespread distribution and use of illicit fentanyl, a synthetic opioid that killed more than 900 people in the state last year.

The Fentanyl Accountability and Prevention bill directs millions of dollars toward expanding the availability of tried-and-true harm reduction tools such as fentanyl testing strips and opioid overdose reversal medications like Narcan. But the bill’s most controversial element is that it also turned possession of at least one gram of the drug or even one gram of a compound containing the drug from a misdemeanor into a felony.

Fentanyl, long a legal opioid used by doctors but now flooding U.S. cities via illegal manufacturing and distribution rings, is often seen in the form of blue pills that users smoke to get high. It is also being passed off as or laced into other drugs like heroin and cocaine, sometimes with tragic consequences for unknowing users.

Denver wants to fight fentanyl overdoses with a supervised drug use site, but the project is still stalled 4 years in