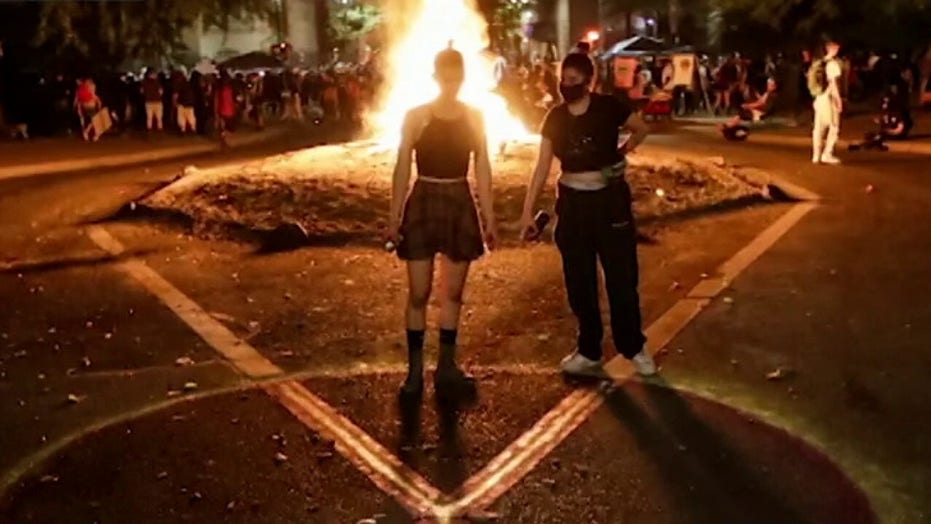 At least three Molotov cocktails were tossed in the direction of Portland, Ore., police late Saturday, prompting yet another night of unrest in the city to be declared a riot, according to reports.

Video posted on social media showed people scattering after a fiery object hurtled through the air and crashed on the ground, resulting in a huge fireball and smoke.

In another video, a rioter is seen scrambling for help after his feet catch fire while trying to escape flames.

Late Saturday local time, police posted on Twitter that the crowd near Ventura Park – about 10 miles east of downtown — was “engaging in tumultuous and violent conduct thereby intentionally or recklessly creating a grave risk of causing public alarm.

“This is a riot,” the message declared.

The crowd had gathered at the park around 7 p.m. PT, reportedly with plans to march to the police department’s east precinct, Portland’s KATU-TV reported. 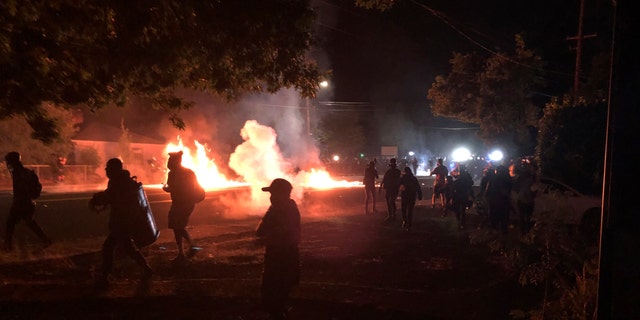 Flames rise from a street after a liquid had been spread and lit, Saturday, Sept. 5, 2020, during protests in Portland, Ore. Some protesters, at, left, move back as police, at background right, advance. (Associated Press)

About two hours later, authorities declared the march unlawful, according to the station.

During the evening, Portland police and Oregon state troopers worked to block marches and disperse crowds. Their efforts included the first use of tear gas in September, OregonLive.com reported.

The city has now seen more than 100 nights of rioting since the May 25 death of George Floyd in police custody in Minneapolis.