BEIRUT (Reuters) – Tensions between Hezbollah’s two main Christian allies flared on Tuesday when one said the other’s “greed” was to blame for holding up the formation of a new Lebanese government that is urgently needed to address a major economic crisis. 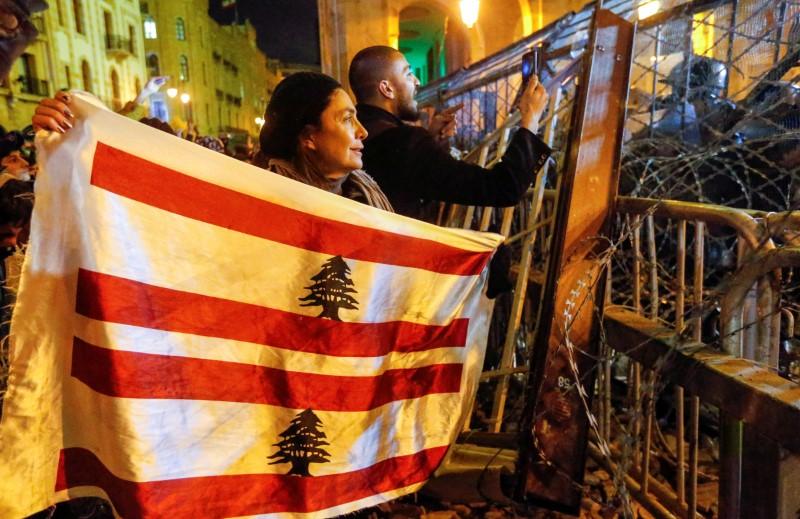 The comments by Suleiman Frangieh about Gebran Bassil, head of the political party founded by President Michel Aoun, point to deepening complications in the drive to form the government even as Lebanon’s financial emergency deepens.

The heavily indebted country has been without effective government since Saad al-Hariri quit as premier in October due to protests against state corruption and poor governance – the root causes of Lebanon’s worst crisis since a 1975-90 civil war.

The issue has become increasingly pressing as largely peaceful protests took a violent turn over the weekend, when hundreds were injured in clashes with security forces. Ordinary Lebanese have been hit hard by banks’ restrictions on access to cash, a slump in the Lebanese pound, job losses and inflation.

The heavily armed Shi’ite group Hezbollah and its political allies have been unable to agree the make-up of the cabinet since designating former government minister Hassan Diab as prime minister more than a month ago.

Political sources say the main sticking point has been over the number of seats sought by Bassil, who heads the Free Patriotic Movement (FPM) and is the son-in-law of President Aoun. Bassil has been at the heart of efforts to broker the formation of a new government.

FPM, the largest Christian party, has been seeking a third of the cabinet’s expected seats, according to political sources, a share that would effectively afford it a veto power which it also enjoyed under the previous government.

At a news conference on Tuesday Frangieh, leader of the Christian party Marada, cast blame for the delay squarely on Bassil and the FPM.

“His (Bassil’s) greed and ambition are obstructing the government … Let Gebran Bassil form the entire government and may God bless him,” said Frangieh, who had sought to nominate two cabinet members but was restricted to one.

Lebanon’s government is expected to be comprised of specialists rather than politicians, a demand of protesters, but political parties have sought to put forward the names of the specialists themselves in order to maintain cabinet influence.

“He is pushing us toward a precipice and saying: if you are not with us then you are to blame for the obstruction,” Frangieh said of Bassil. “If things continue this way, it will lead to catastrophe.”