A mystery tattooed woman who was found dead on a Cornish beach has been identified.

She was found by dog walkers on Monday at Perranporth beach and was found the next day just hours after police had appealed for help identifying her.

They described her as having several tattoos, including a large Celtic-type tattoo on her right thigh and a date in Roman numerals on her ankle. 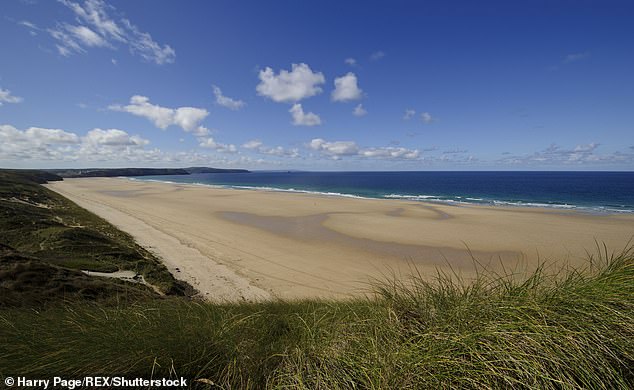 The death of the woman, aged in her late-20s to mid-30s, is being treated as unexplained by police.

They do not believe the woman is from the UK.

Her next-of-kin are being informed and the police said they won’t be revealing anymore information until then.

A spokesman for Devon and Cornwall police told the Mirror: ‘Police have identified a woman whose body was found on Perranporth beach.

‘The woman is not believed to be a UK national and officers are in the process of informing her next-of-kin.

‘No further details will be released until the next-of-kin have been informed.’

Emergency services received a 999 call just before 7am of reports of a deceased woman being found on Perranporth beach on the north Cornwall coast.

On arrival, the woman’s body was located on the waterline, and searches of the beach were carried out by police and the coastguard.

The police investigation into the woman’s death continues. 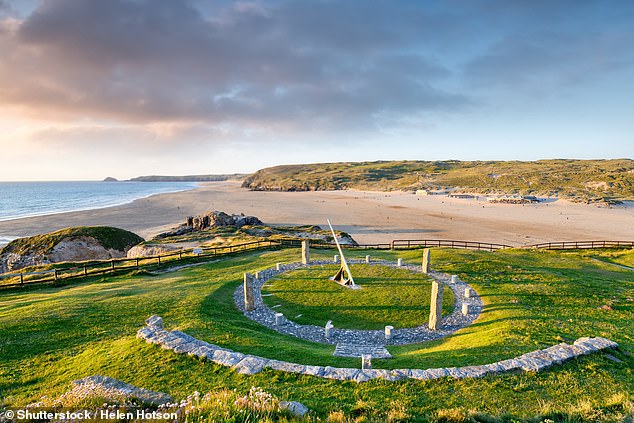 The beach at Perranporth with a giant sundial overlooking it from the south. The coastal area was ranked the ninth best beach in the UK by Tripadvisor this year