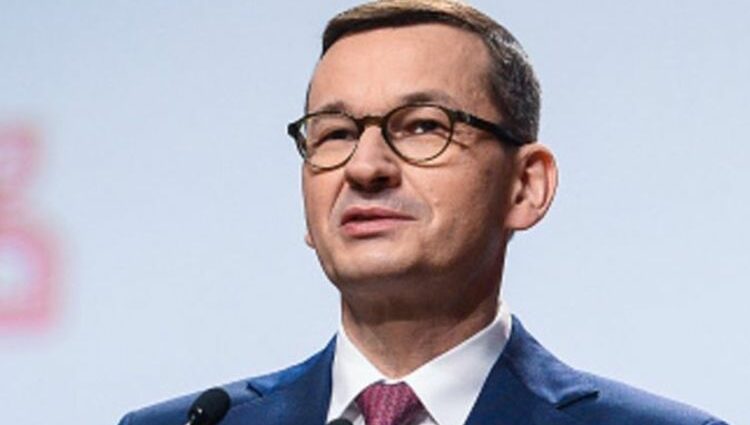 Poland is trying to fight an EU mechanism introduced in December which allows Brussels to withhold EU funds if a member state is in breach of the rule of law. Warsaw joined forces with Budapest on Monday requesting a hearing of the European Court of Justice against the bloc’s provision.

Officials expect the EU Commission to trigger the mechanism in the coming weeks but it is unclear which country will be its first victim.

The bloc’s executive can trigger the policy if it has concerns over rule of law shortcomings that could affect the management of the EU budget, such as a lack of independence of national courts from their governments.

Sylwia Żyrek, a lawyer representing the Polish government, argued the mechanism was not “conditional” in nature, but “it’s a mechanism to impose a sanction”.

Miklós Zoltán Fehér, a senior official from the Hungarian Ministry of Justice, added that the mechanism is a “political procedure with the political intent.”

Lawyers from Germany, France, the Netherlands, Denmark, Ireland and other EU member states were quick to defend the EU’s legal mechanism.

Tamas Lukacs, a lawyer for the European Parliament, said: “A breach of the rule of law in a member state clearly poses a risk to the implementation of the EU budget.”

The move from Poland and Hungary comes despite Poland’s Constitutional Tribunal saying last week in a ruling that parts of EU law are incompatible with the constitution.

Welcoming the court ruling on Thursday, Polish Prime Minister Mateusz Morawiecki said each member state must be treated with respect and the EU should not be only “a grouping of those who are equal and more equal”.

More than 100,000 Poles demonstrated on Sunday in support of European Union membership in response to the ruling, which sparked Polexit fears.

According to the organisers, protests took place in over 100 towns and cities across Poland and several cities abroad, with 80,000-100,000 people gathering in the capital Warsaw alone, waving Polish and EU flags and shouting “We are staying”.

“We know why they want to leave (the EU) … so that they can violate democratic rules with impunity,” he said, speaking in front of Warsaw’s Royal Castle, surrounded by thousands of protesters flanked by police vans flashing their lights.

PiS says it has no plans for a “Polexit”.

But right-wing populist governments in Poland and Hungary have found themselves increasingly at odds with the European Commission over issues ranging from LGBT rights to judicial independence.

“Just as Brexit suddenly became a fact, something no-one expected, the same thing can happen here,” said Janusz Kuczynski, 59, standing in a street in Warsaw’s historic district leading up to the Royal Castle.

State-run TVP broadcaster, which critics say focuses heavily on presenting the government’s point of view, ran a news ticker that read “protest against the Polish constitution” during its coverage of Sunday’s events.

Speakers at the demonstrations included politicians from across the opposition, artists and activists.

“This is our Europe and nobody is going to take us out of it,” said Wanda Traczyk-Stawska, a 94-year old veteran of the 1944 Warsaw Uprising against Nazi German occupiers.

Lates News:
2021-10-12
Previous Post: Ripple Retraces and Finds Support Above $1.10 as Sellers Threaten to Short
Next Post: Queen looks majestic in blue as she heads to Westminster Abbey with walking stick to honour British Legion